Life by the bridge 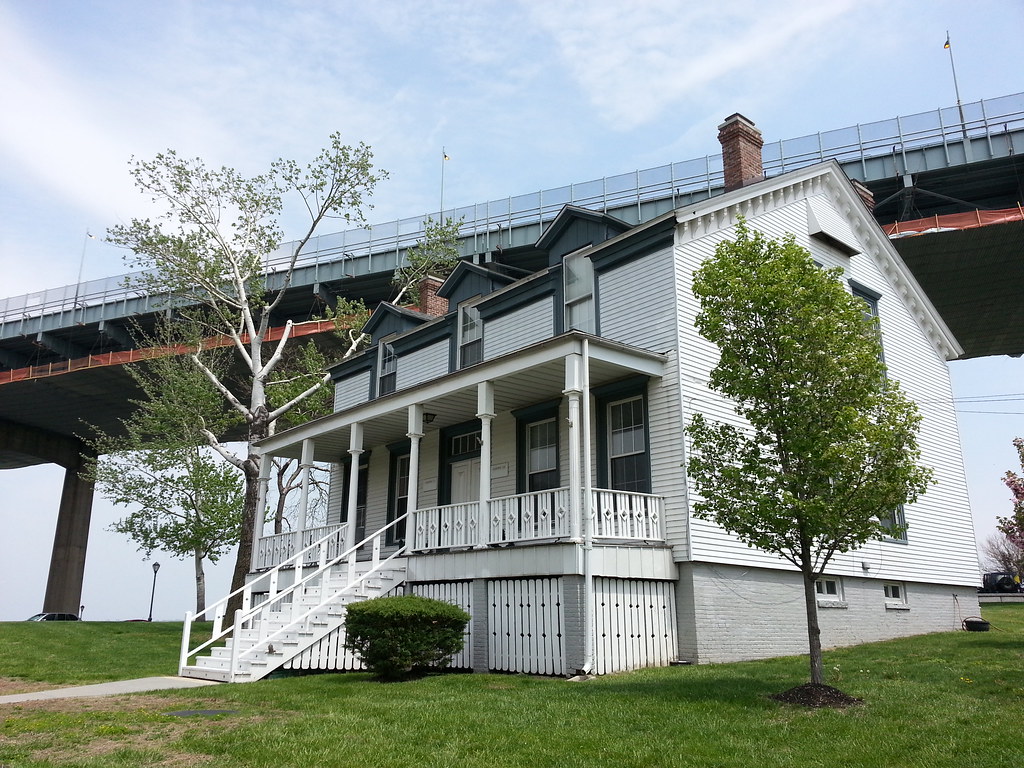 This is one of four handsome houses standing in a row on the grounds of old Fort Schuyler, where perhaps they were once officers' quarters. The fort and the surrounding property now serve as the campus of SUNY Maritime College, and the houses are currently used as faculty residences. There was originally a fifth house standing to the left of this one (compare a 1924 aerial photo to a 1996 photo), but it was knocked down to make way for the Throgs Neck Bridge.