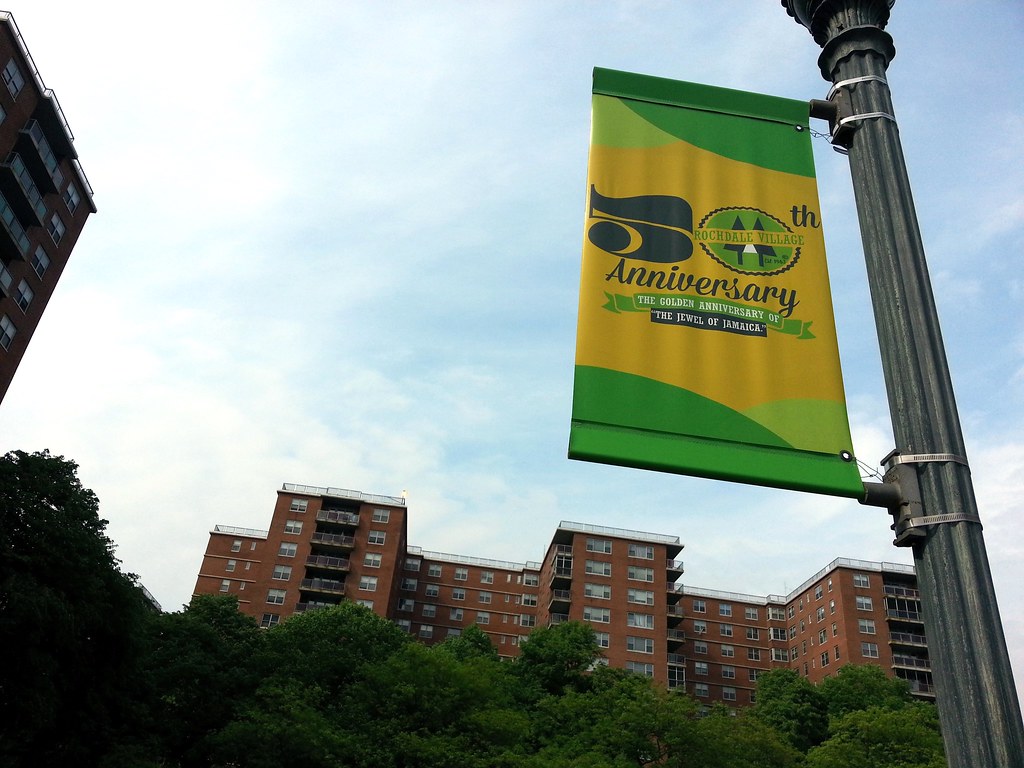 Opened in 1963 on the former site of the Jamaica racetrack, Rochdale Village was an early experiment in racially integrated housing. (It has since become a predominantly middle-income black community.) With room for some 25,000 residents, it was also the world's largest housing cooperative until it was overtaken several years later by the Bronx's Co-op City (itself located where another old place of outdoor entertainment — a US history-themed amusement park called Freedomland — once stood).

The Jamaica racetrack, by the way, was reportedly New York's most popular sporting venue in the early 1950s, with higher yearly attendance than even Yankee Stadium. This is not to say that the place was necessarily all that charming, however. Here's how Sports Illustrated eulogized the track, which it called an "overgrown subway station", during Jamaica's final season in 1959:

At Aqueduct the salt breezes cooled off horseplayers now and then. At Belmont bettors had a grove of trees to sit under between races. But Jamaica, more constricted and looking like a betting factory, was never marred by such frills. Jamaica represented pure, pristine greed. It was always as ugly as sin. There was no place to sit down under trees. In fact, it was hard to find a tree, and the only place to sit was in the 17,500 seats in the grandstand and clubhouse. That never kept people away. The largest number of people ever to go to a New York track was at Jamaica on Memorial Day of 1945—64,670 paid, turnstile-registered patrons.