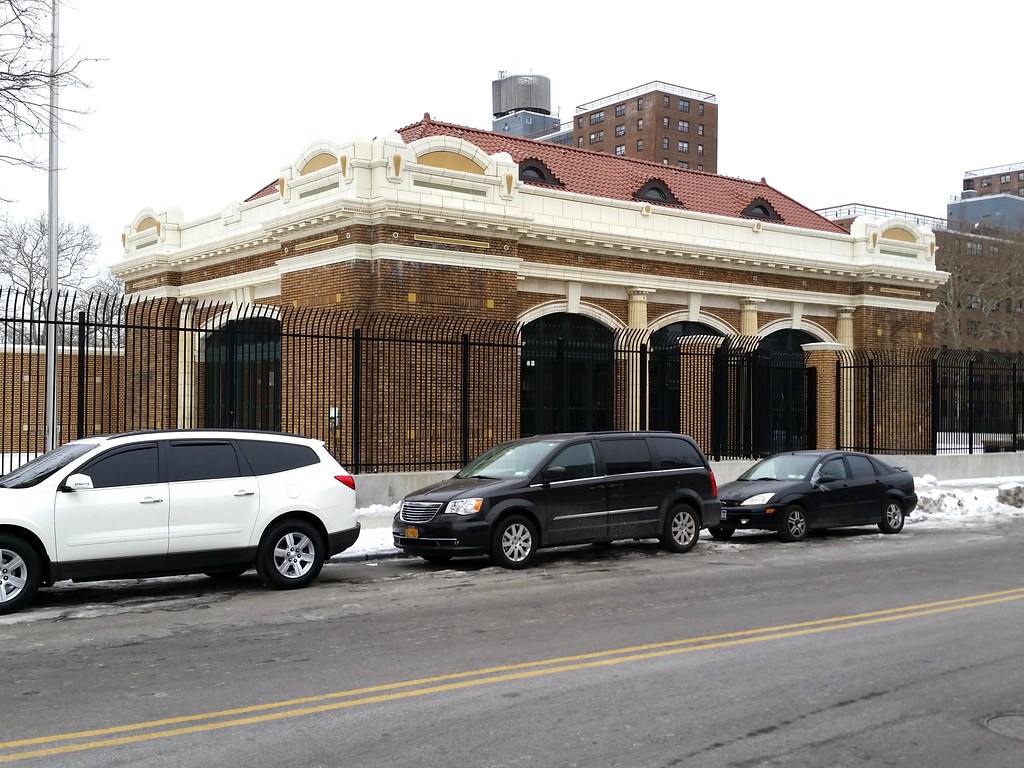 The jewel-like brick structure stands unmarked in a jumbled corner of Brooklyn, amid housing projects and plain rowhouses and elevated train tracks and the headquarters of the Aardvark Amusements carnival ride company.

For all the building’s splendor, though, many in the neighborhood have no idea what goes on inside.

“I would think a library, or hopefully some kind of center for youth?” guessed A. J. Malone, 24, who was walking by on a recent afternoon.

“I’m thinking it’s some kind of sort of mausoleum” for the Metropolitan Transportation Authority, he ventured. “It looks very secluded in there.”

It is a sewage pumping station.

Not just any sewage pumping station. It is the Avenue V pumping station in Gravesend, near Coney Island, the largest in New York City, a nearly 100-year-old testament to the majesty of public works that conveys the daily waste of 300,000 residents to a treatment plant in Bay Ridge.

(We've actually encountered a few good-looking sewer buildings now. You can see the others here.)