The pride of Bergen Beach 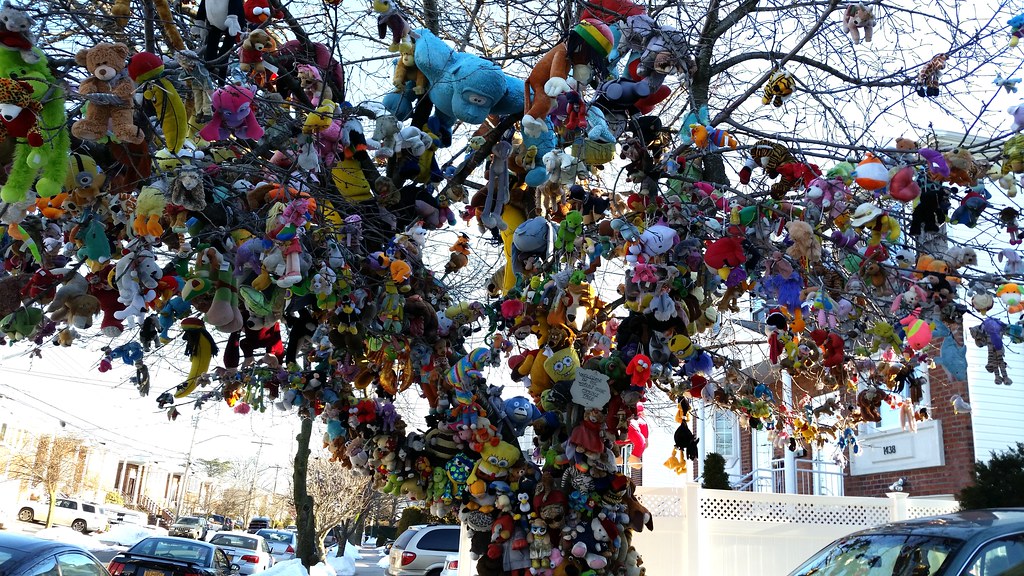 The self-proclaimed "world's most famous tree" features an ever-expanding arboreal constellation of stuffed animals arranged and maintained by Eugene Fellner, a retired city worker who traces the genesis of his collection back to July 2007:

It just kind of happened one day when a neighbor called me and said there was a stuffed tiger [the thing wearing sunglasses near the bottom of the photo (zoom in), in the middle of the trunk] around the corner . . . I picked it up right there, brought it home, and placed it in the tree. It was a long time before the second animal went up. People would walk by and admire the tiger. Sometimes it would scare them, and they would jump if it caught them off guard.

Check out this awful video to see an interview with Mr. Fellner.