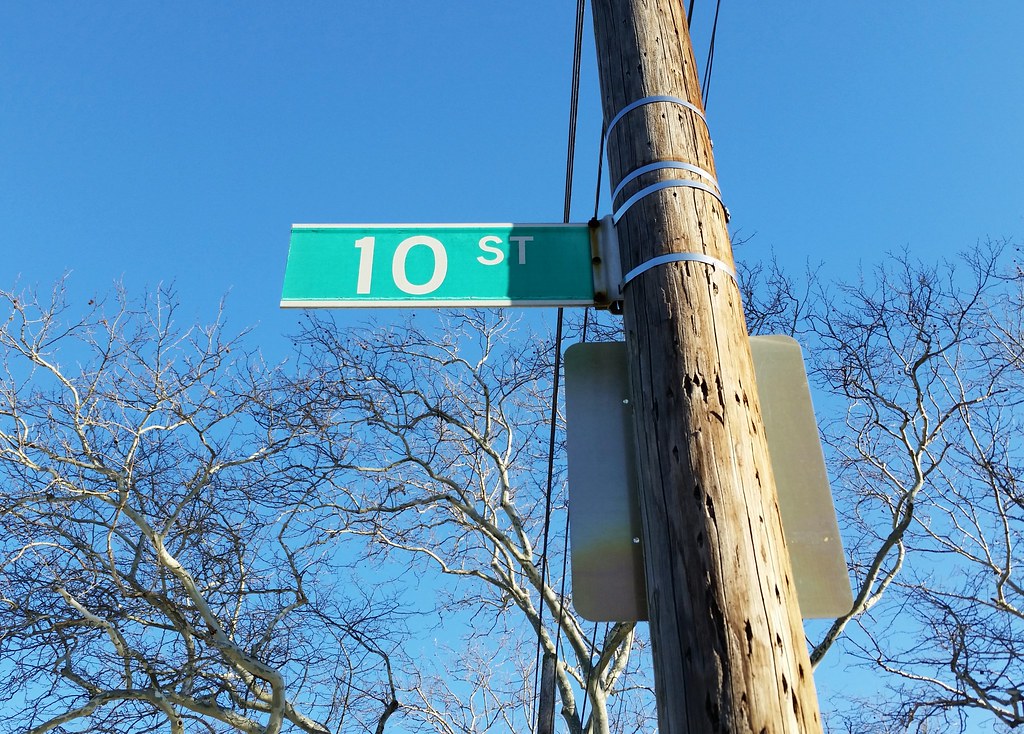 While each of the other four boroughs is endowed with a vast profusion of numbered roadways, Staten Island can boast of only eleven such thoroughfares by my count (although there were once several more): 1st, 2nd, 3rd, 4th, 7th, 8th, 9th, and 10th Streets here in New Dorp, and 2nd, 3rd, and 4th Courts in Annadale.

(If you look at a map of Staten Island, you may notice some numbered streets and avenues in the gated-off former tank farm area of Bloomfield [map] and on the old campus of the Willowbrook State School [map]. I'm not counting these roadways because they're not public streets and, as far as I know, they have no street signs indicating their names. You can also find a 19th Street in Annadale on Google Maps, but this block-long roadway is called Blue Heron Drive on its street sign and on the official city map as well.)