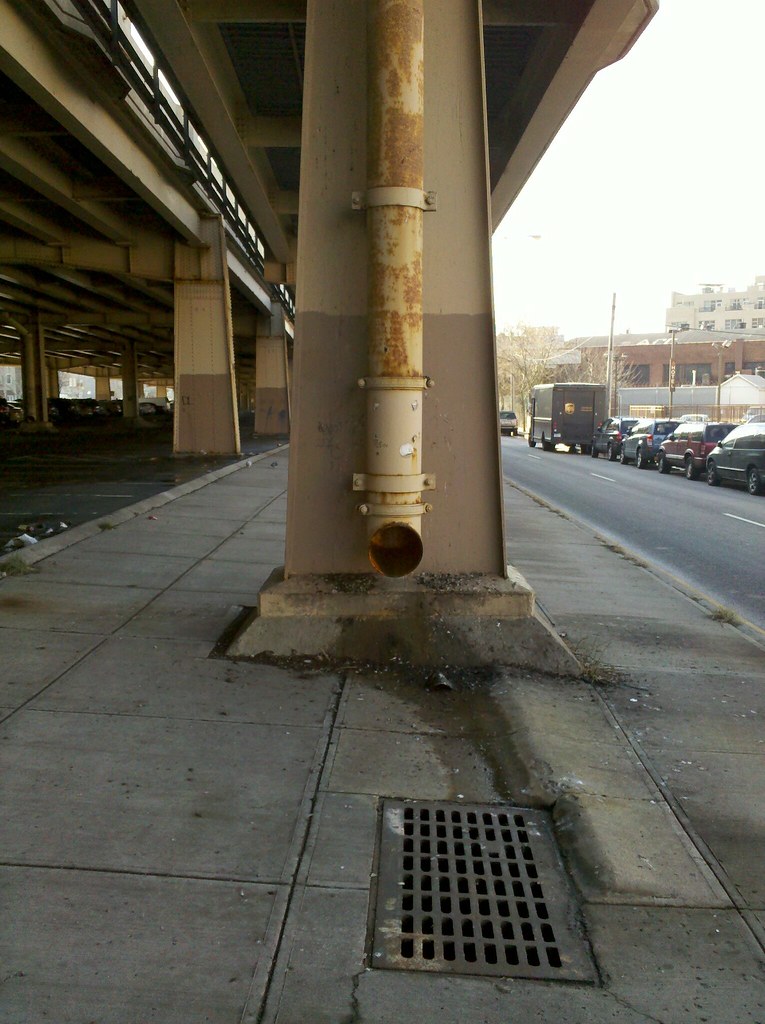 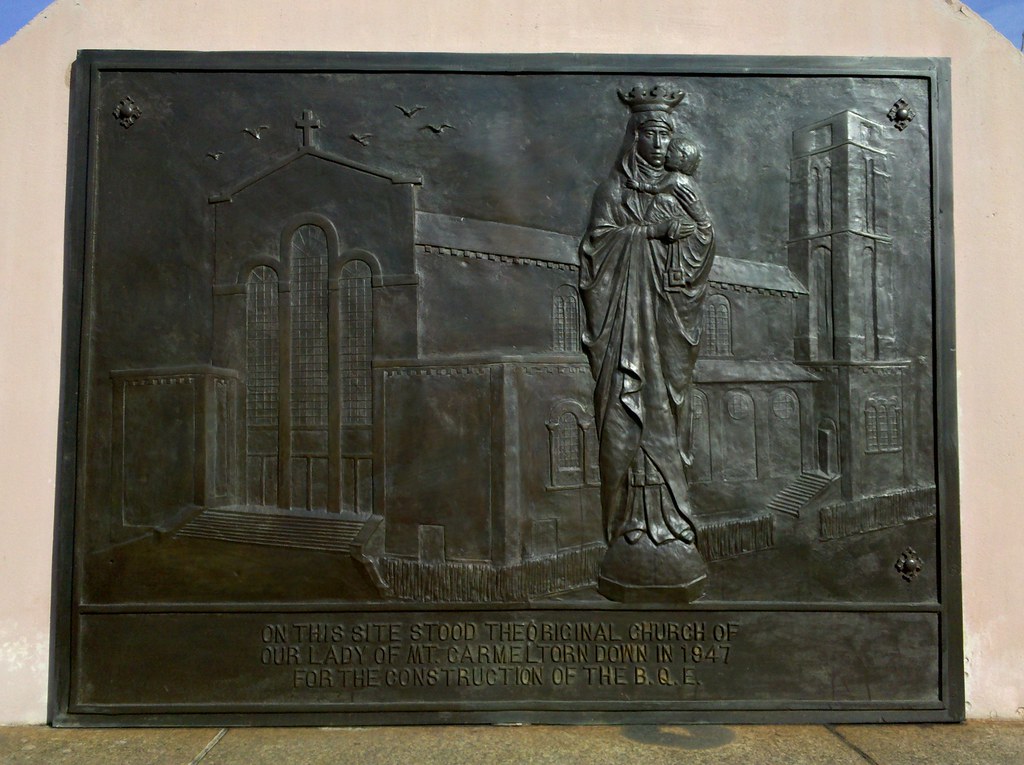 This little park memorializes the church that used to exist here before the BQE was built. There is also a statue of the Virgin Mary (a.k.a. Our Lady of Mount Carmel), similar to the image on the plaque, standing in the park. I was surprised to see such overtly religious imagery in a public park, but apparently the Parks Department decided the statue (which was donated by members of the congregation) was acceptable as a tribute to the original church. (The church also helps maintain the park, for what it's worth.) 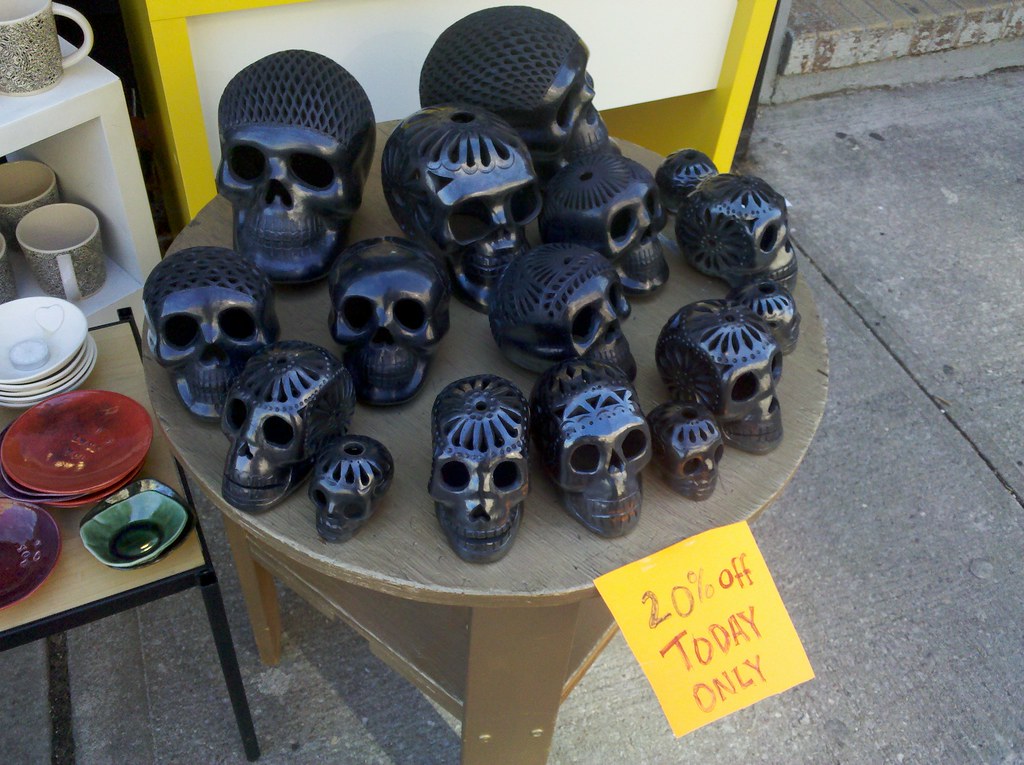 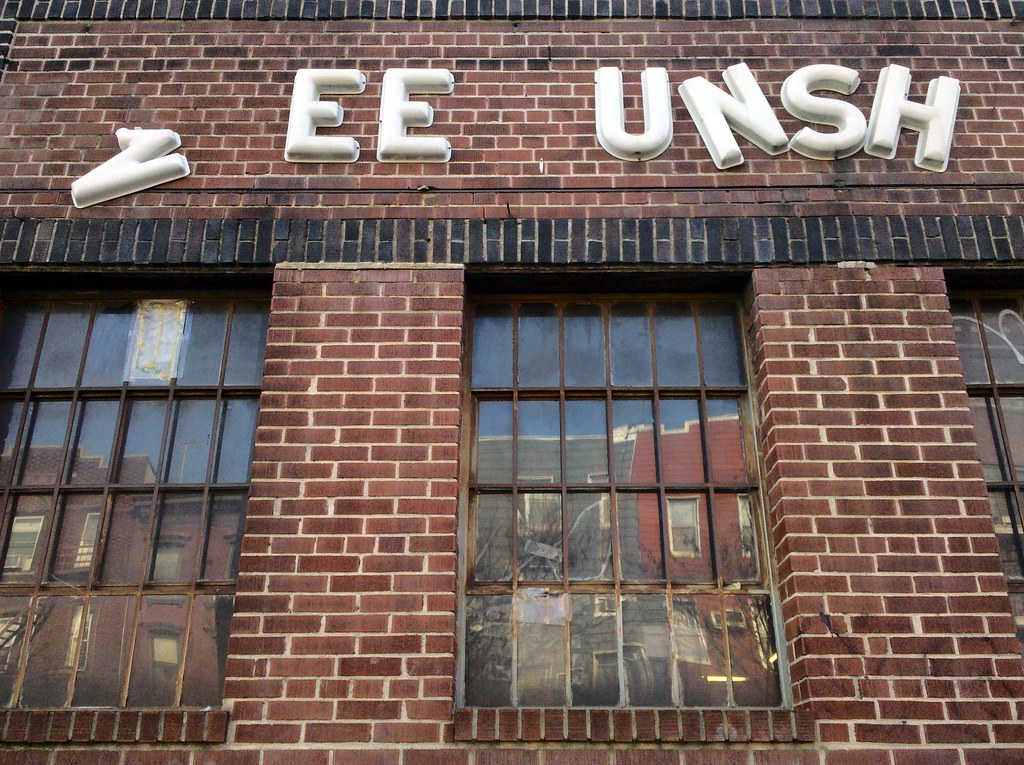 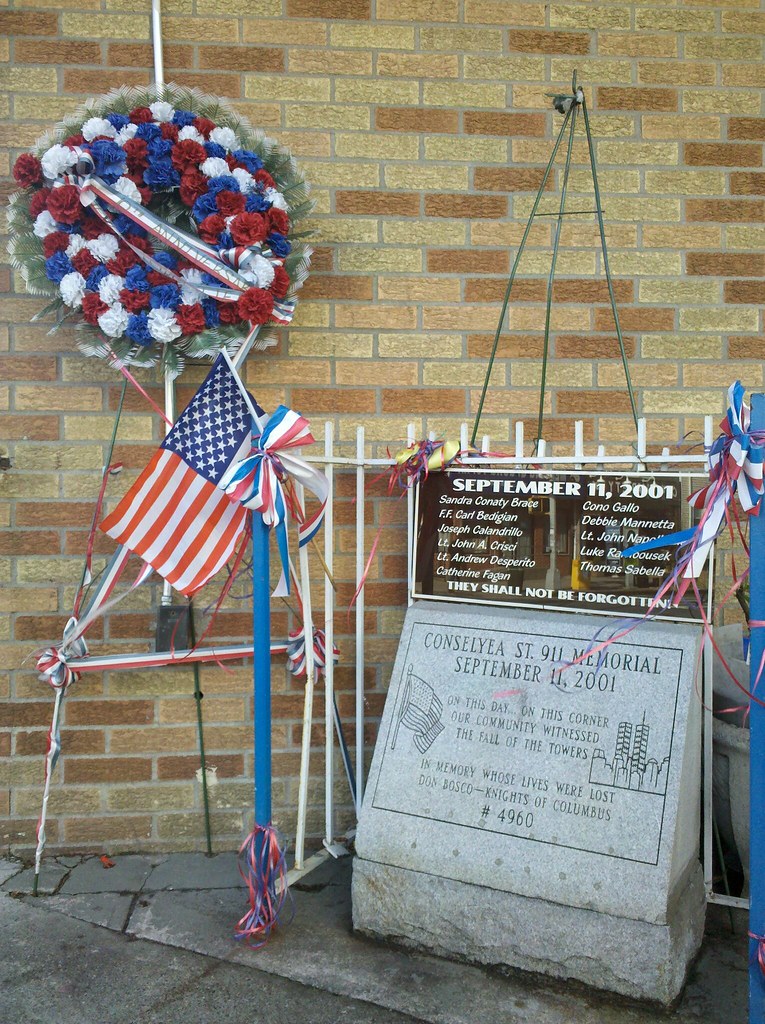 Catherine Fagan is the woman from Hausman Street killed on 9/11. 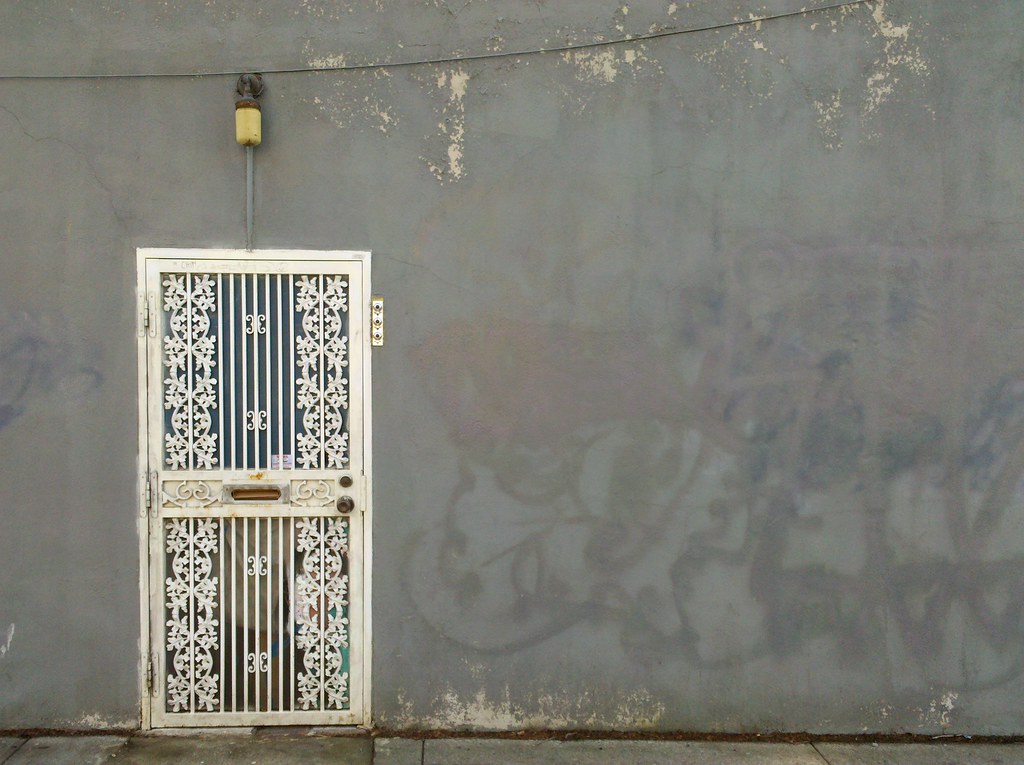 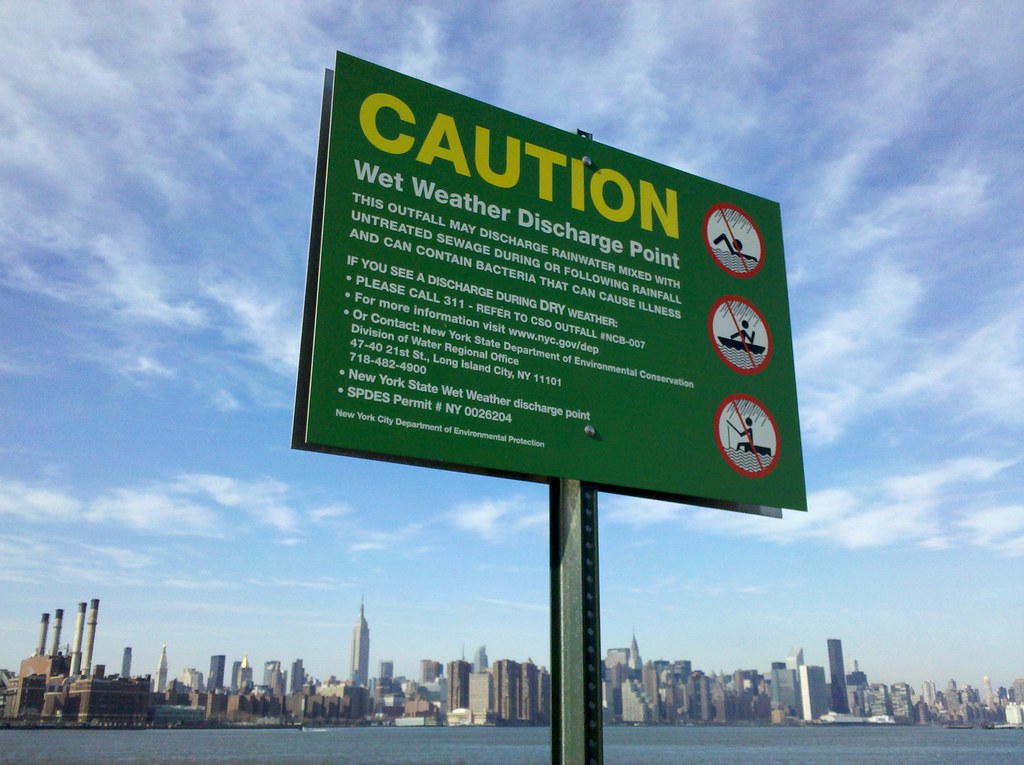 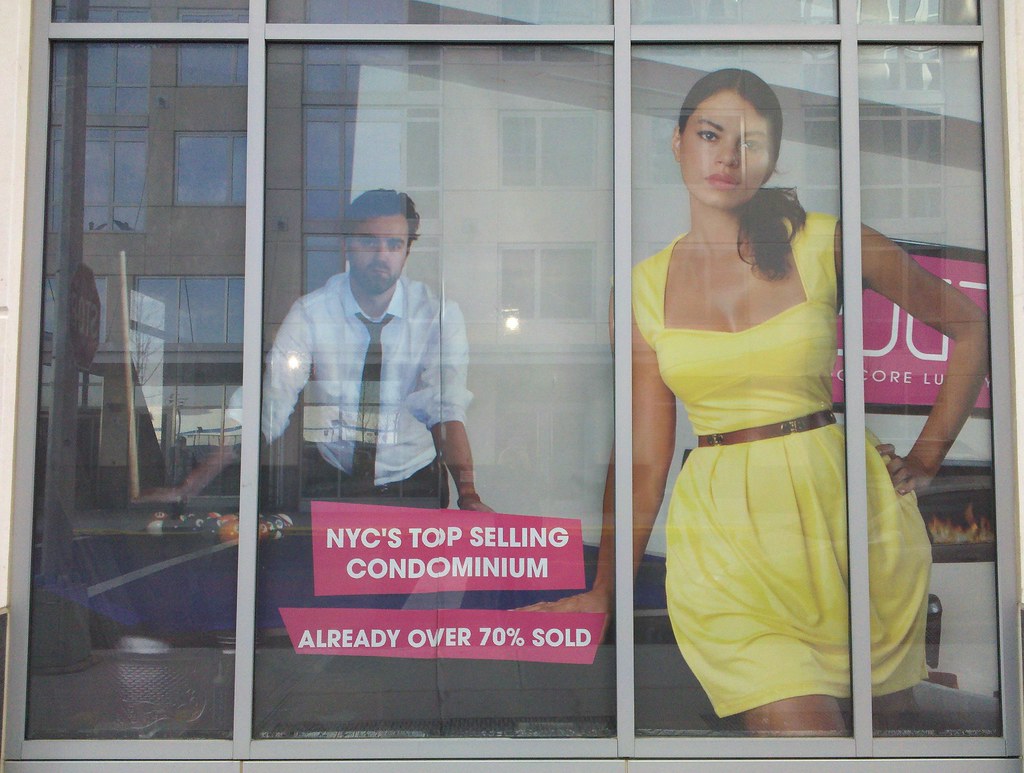 Apparently this guy is unhappy with his busty companion. 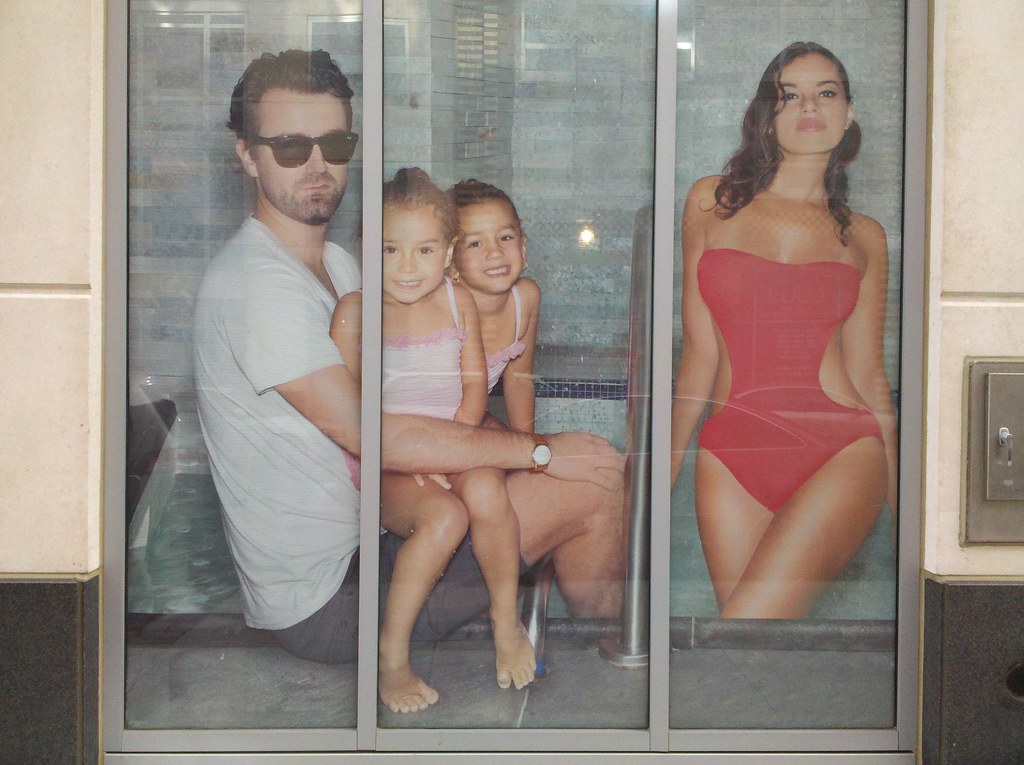 Smile, man! How are you ever gonna sell all these condos with that attitude?

Not the type of vehicle I would associate with Playgirl 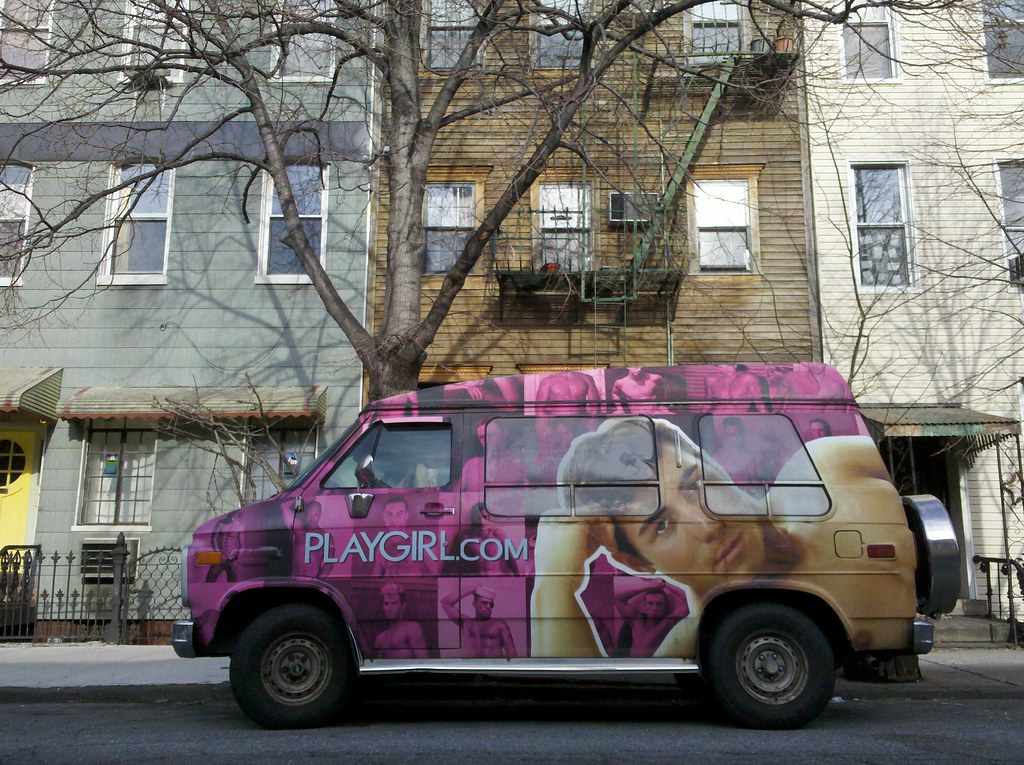 Looks like the posse finally caught up to ’em 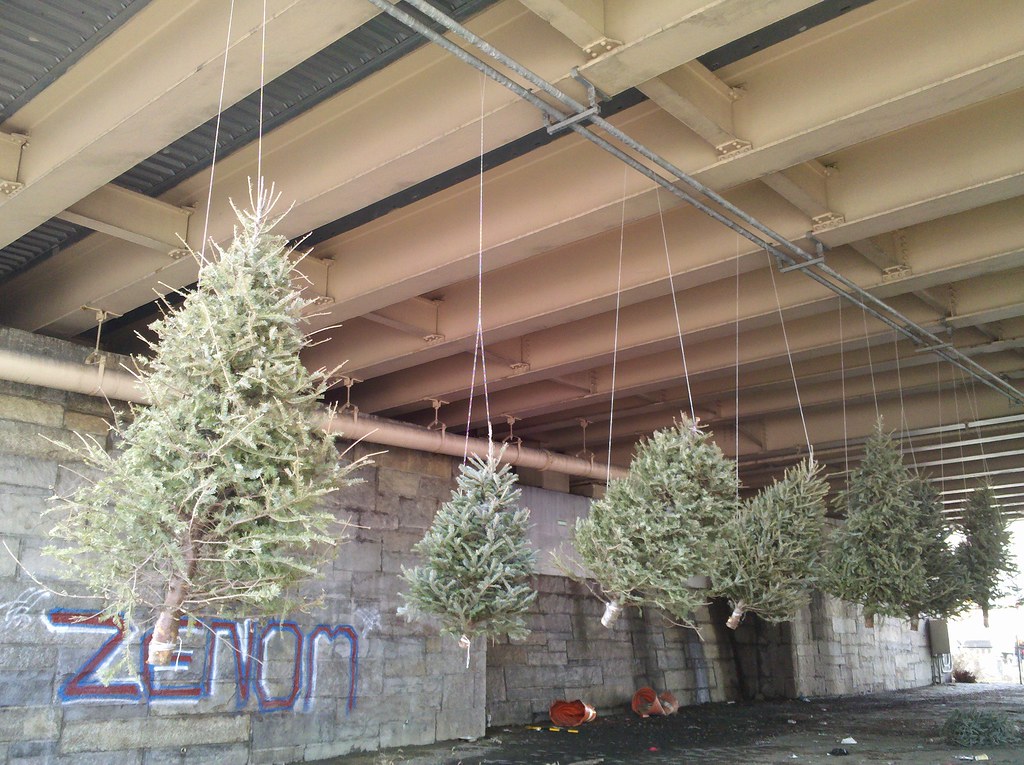 Made from discarded Christmas trees 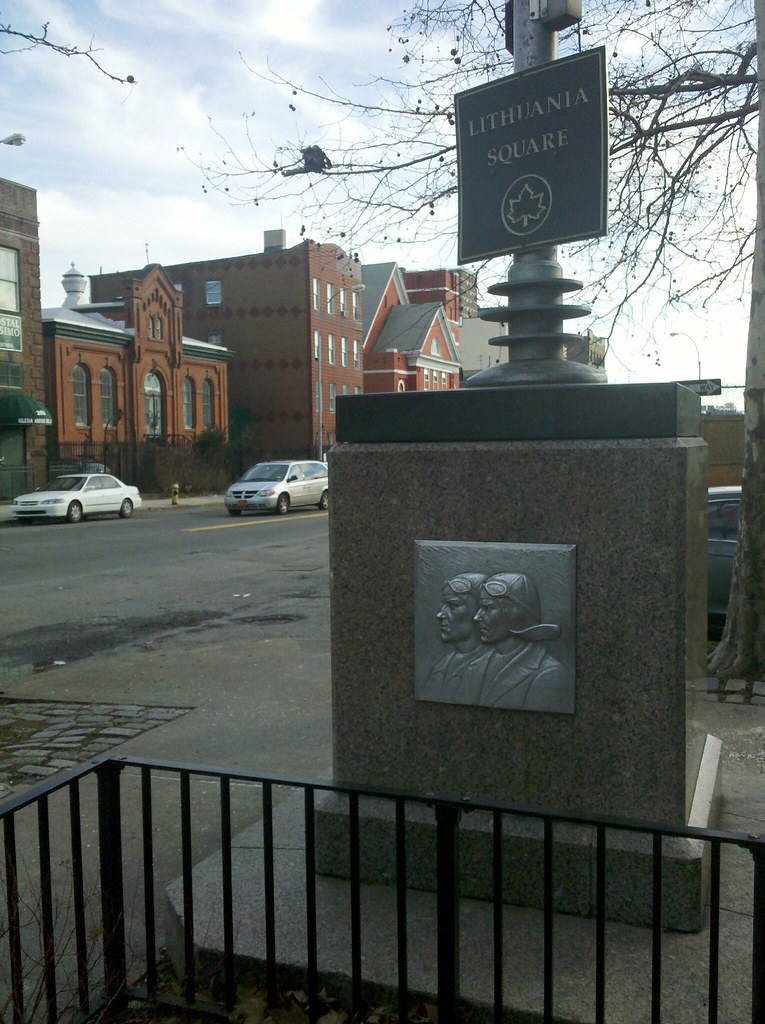 A tribute to Steponas Darius and Stasys Girėnas, who attempted to fly nonstop from New York to Kaunas, Lithuania in 1933, but died when their plane crashed in what is now Poland. The monument, however, makes no mention of their death. An inscription in the stone simply says that they "conquered the Atlantic, New York to Kaunas". They did make it across the ocean, but not all the way to Kaunas. 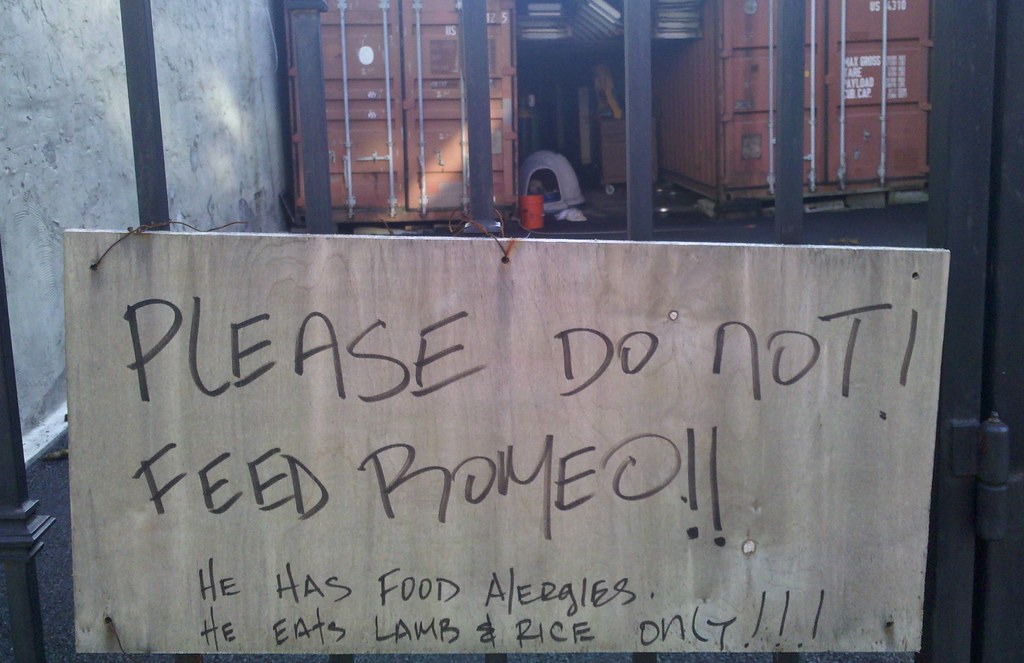 That's him in the doghouse. 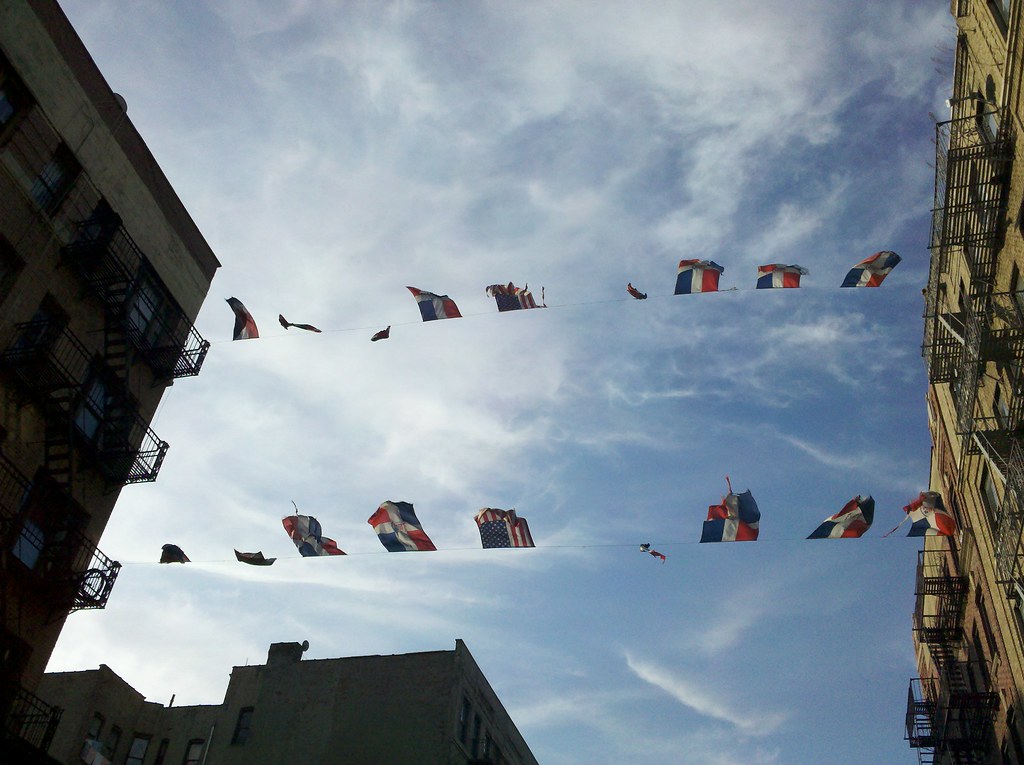 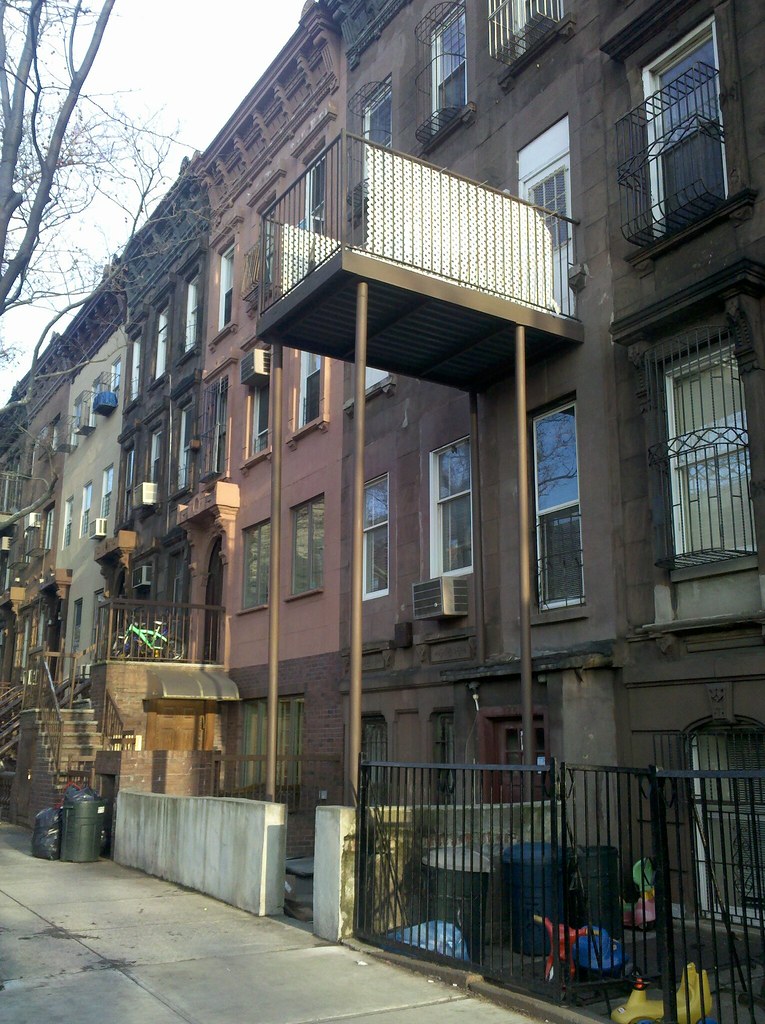 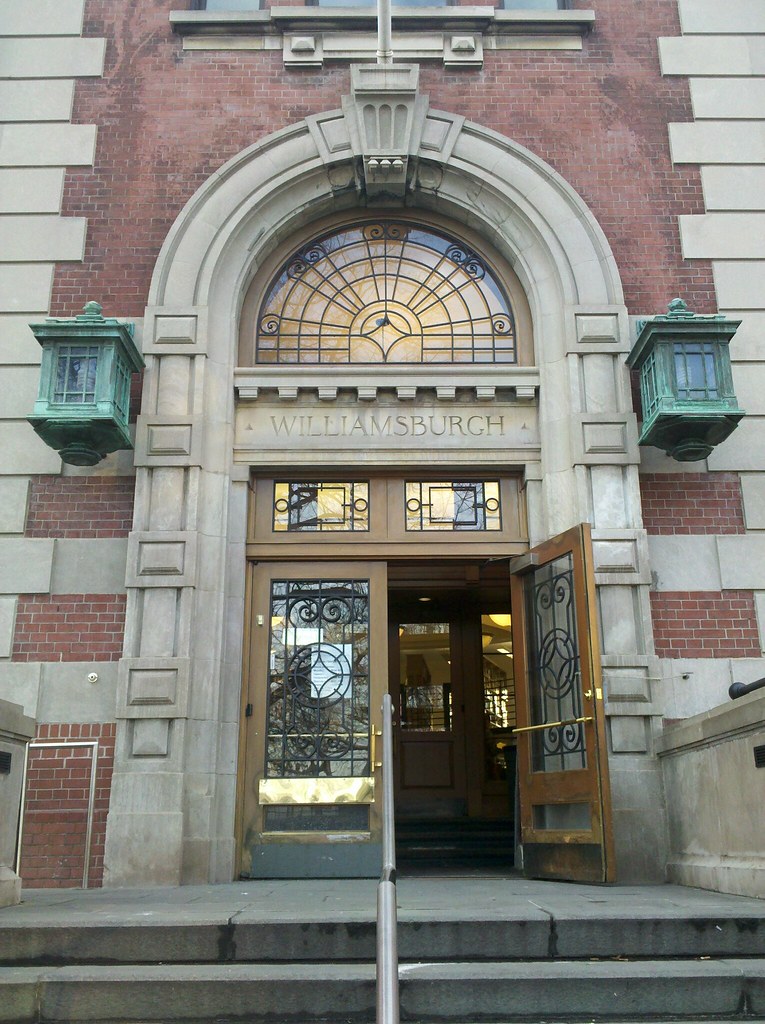 The first Carnegie library built in Brooklyn. (In case you were wondering, Williamsburg lost the "h" when it was annexed by the City of Brooklyn in 1855; this library, built in 1903, just decided to use the older spelling.)

At least we know 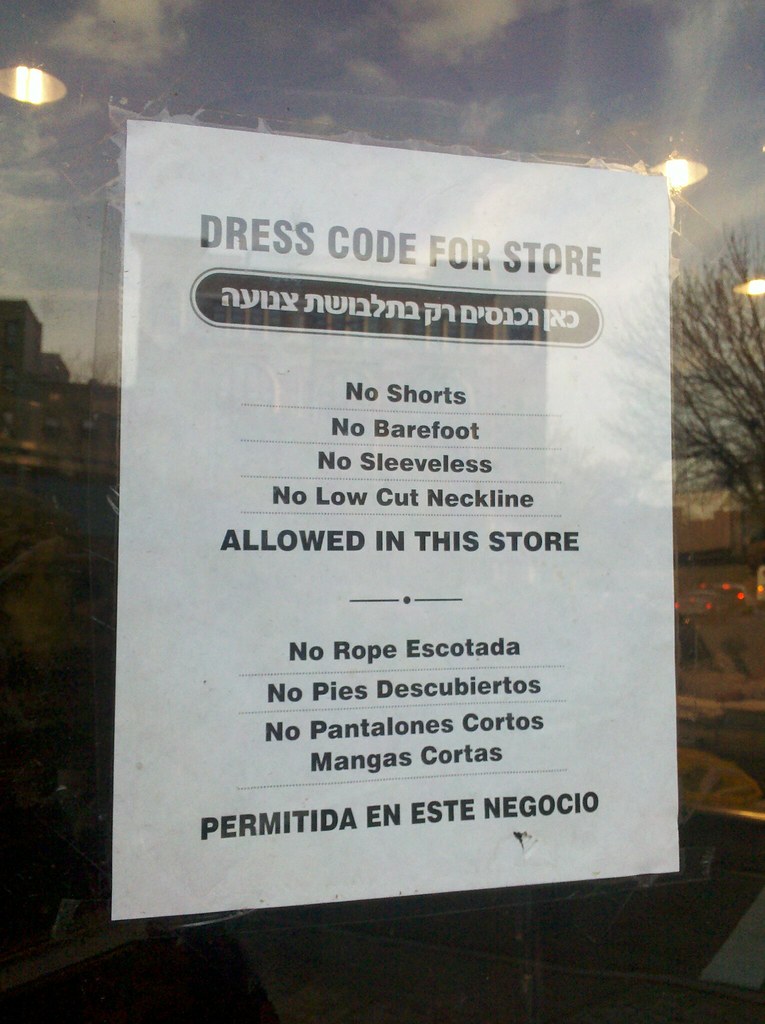 they're not gonna outlaw hats. 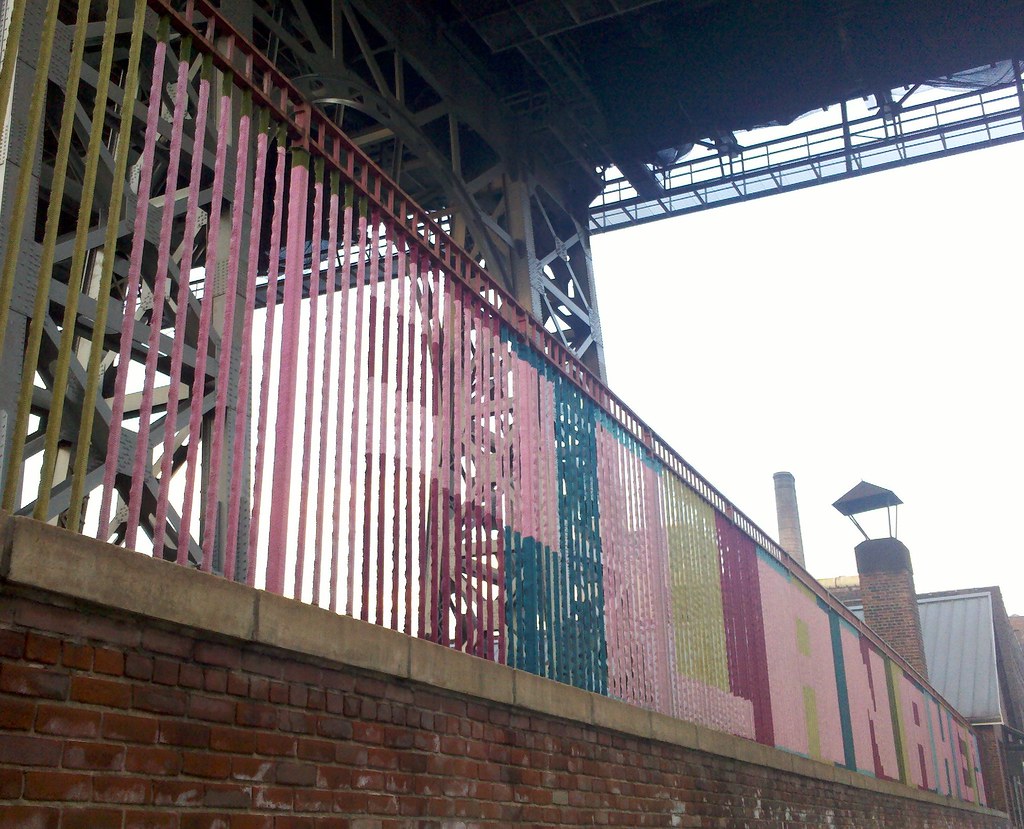 318 knitted fence posts. You can't quite see the joke in this shot; here's a much better photo by a friend of the artists. 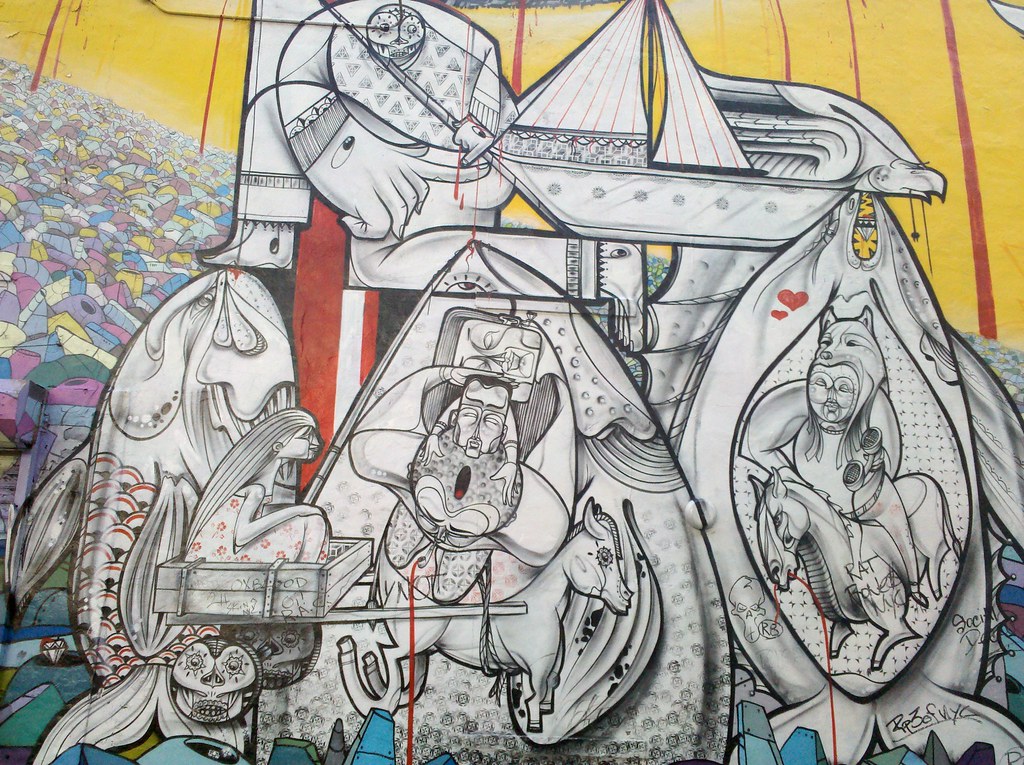 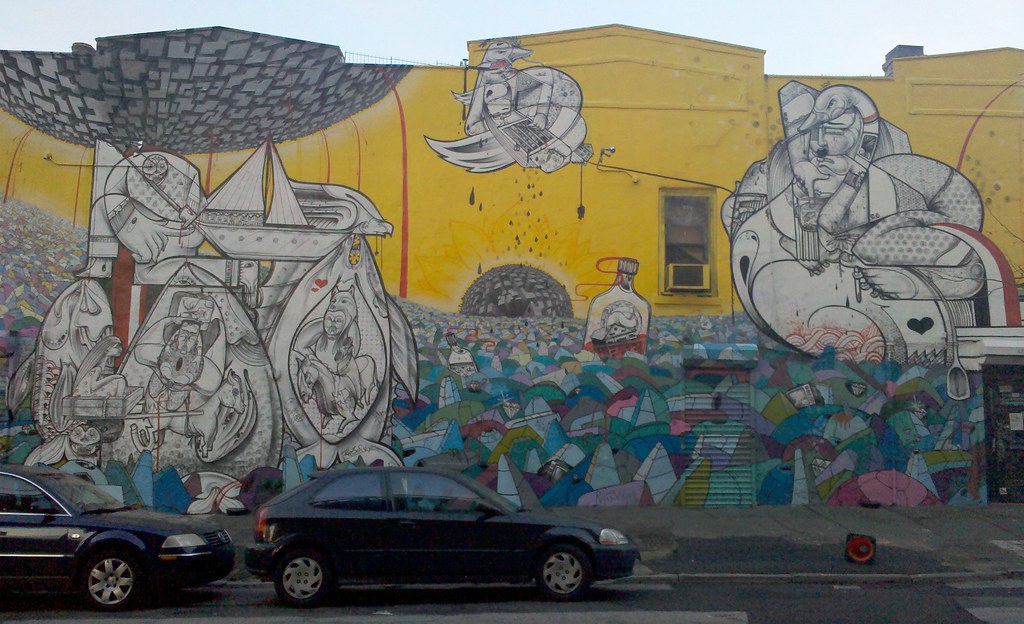 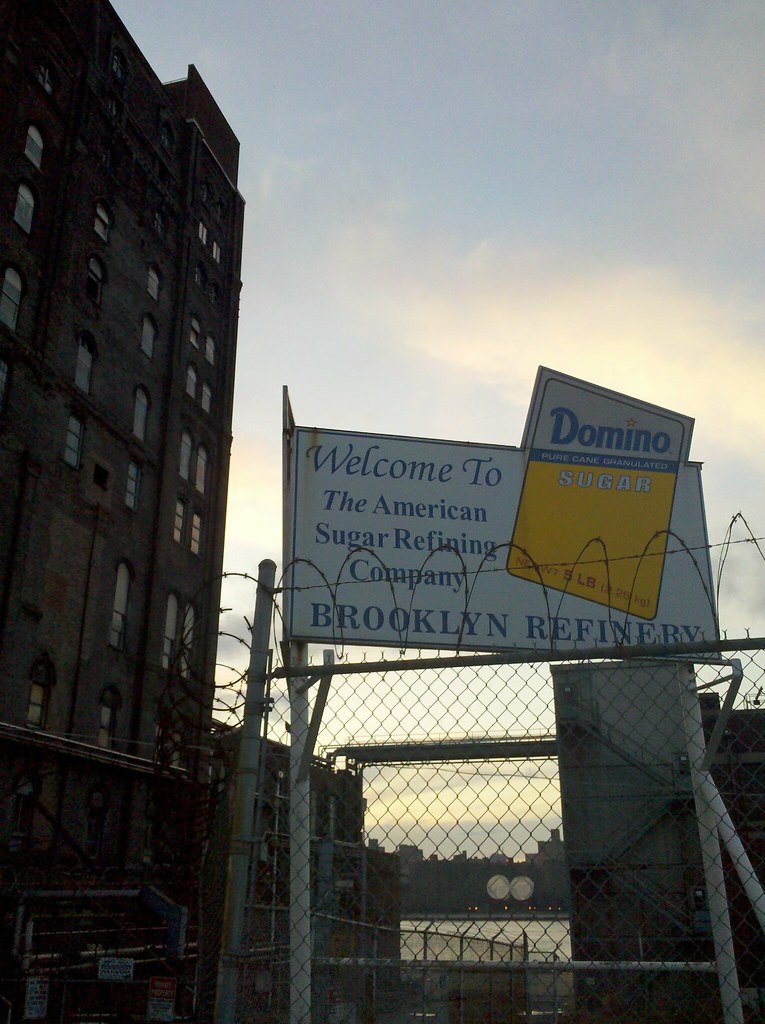 In the late 1800s, this refinery processed the majority of the sugar consumed in the US! Coming soon — you know it — condos. The only question is: will they put Mr. Pouty in their ads? 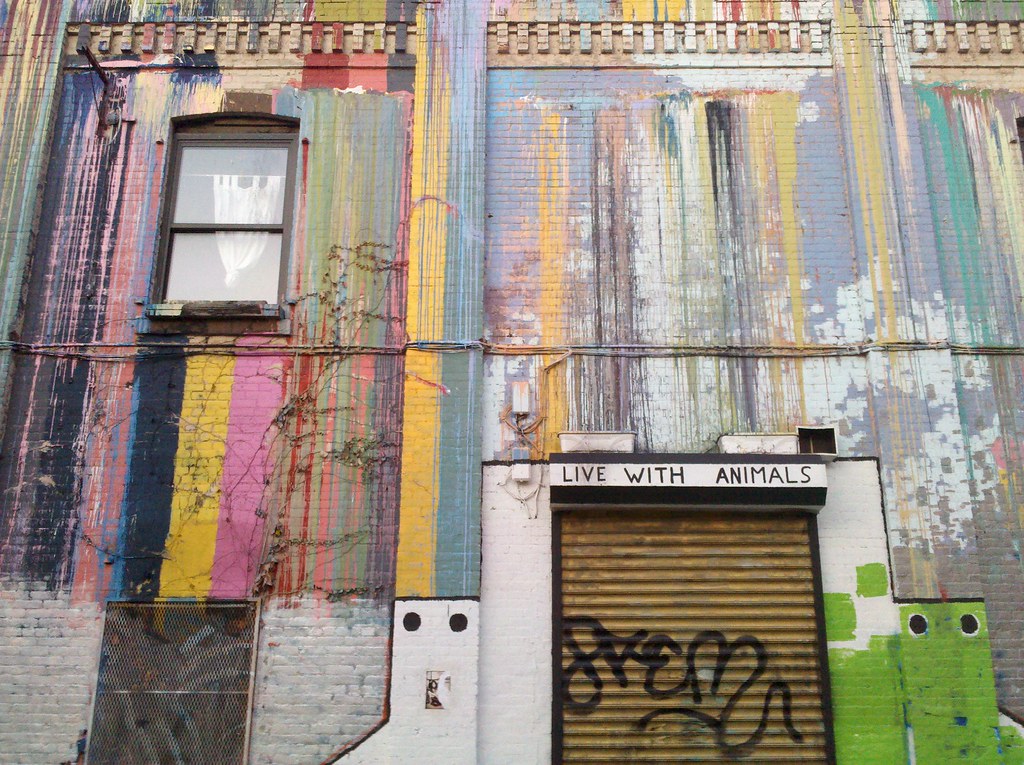