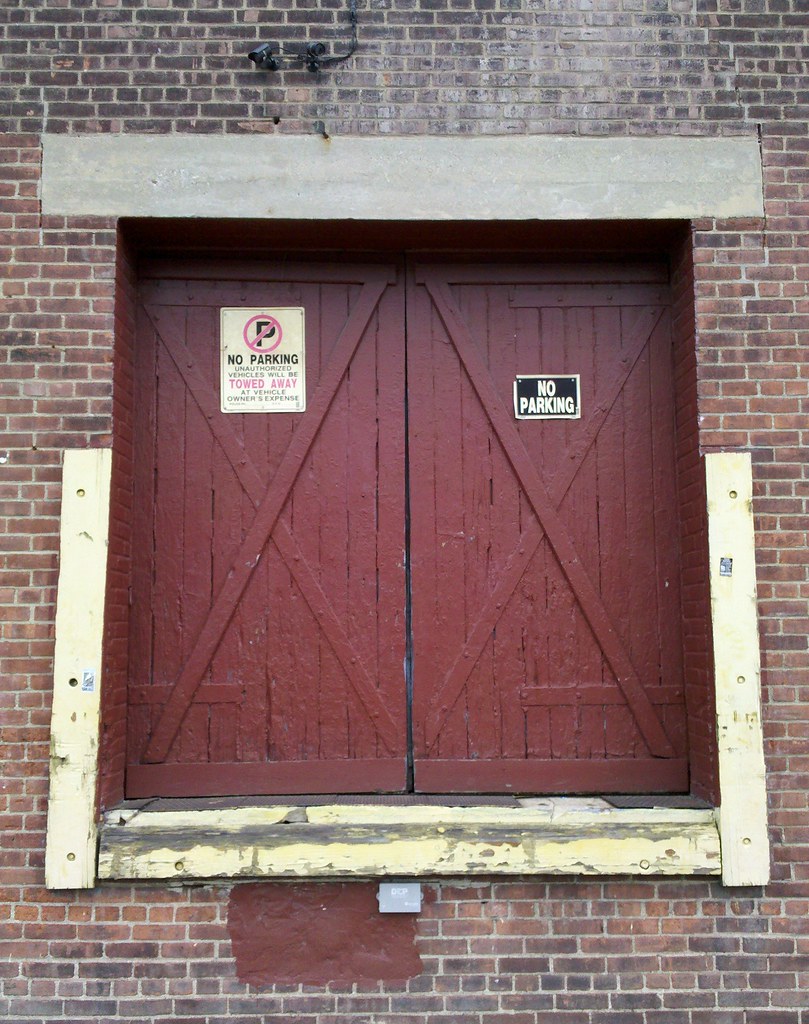 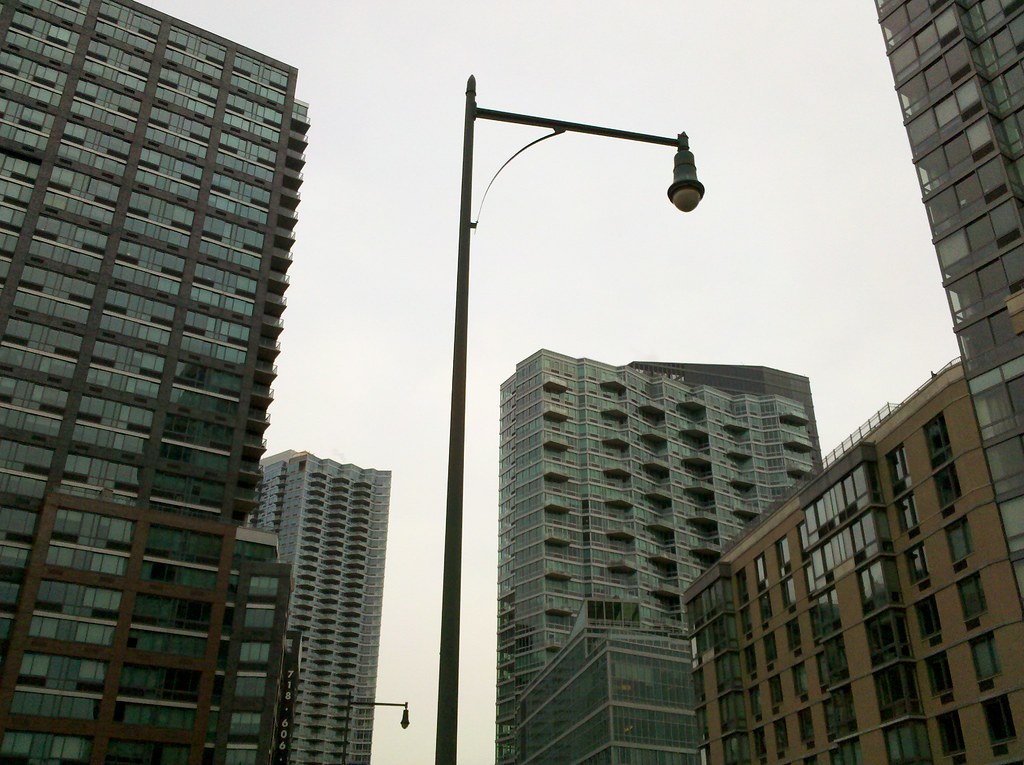 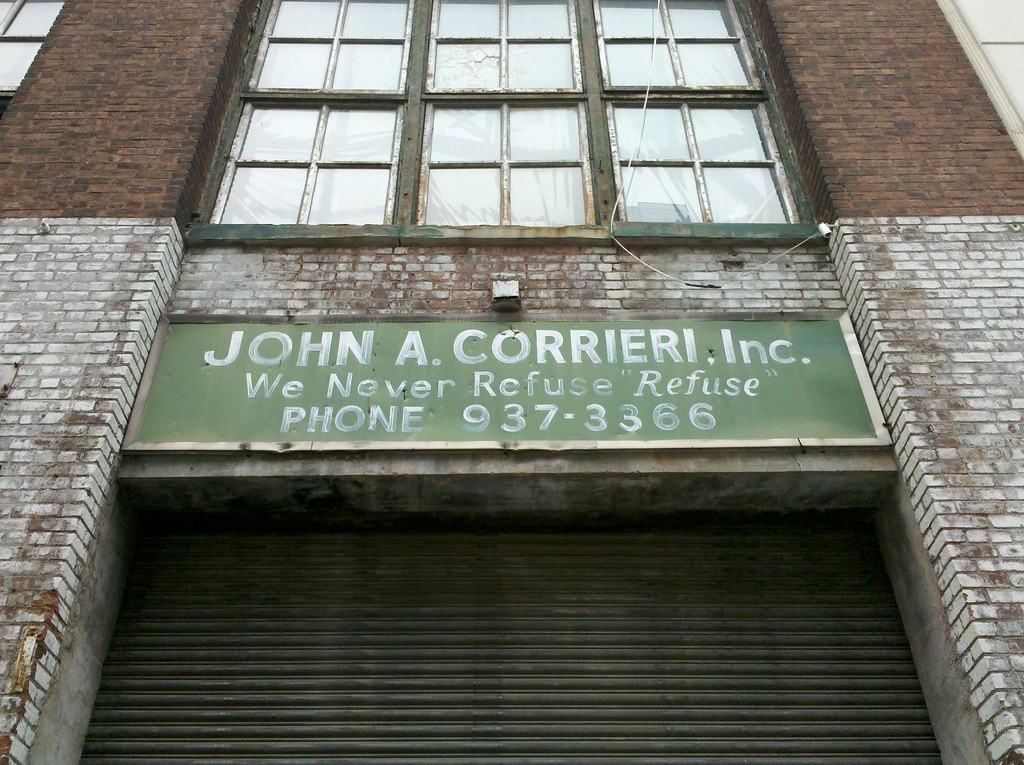 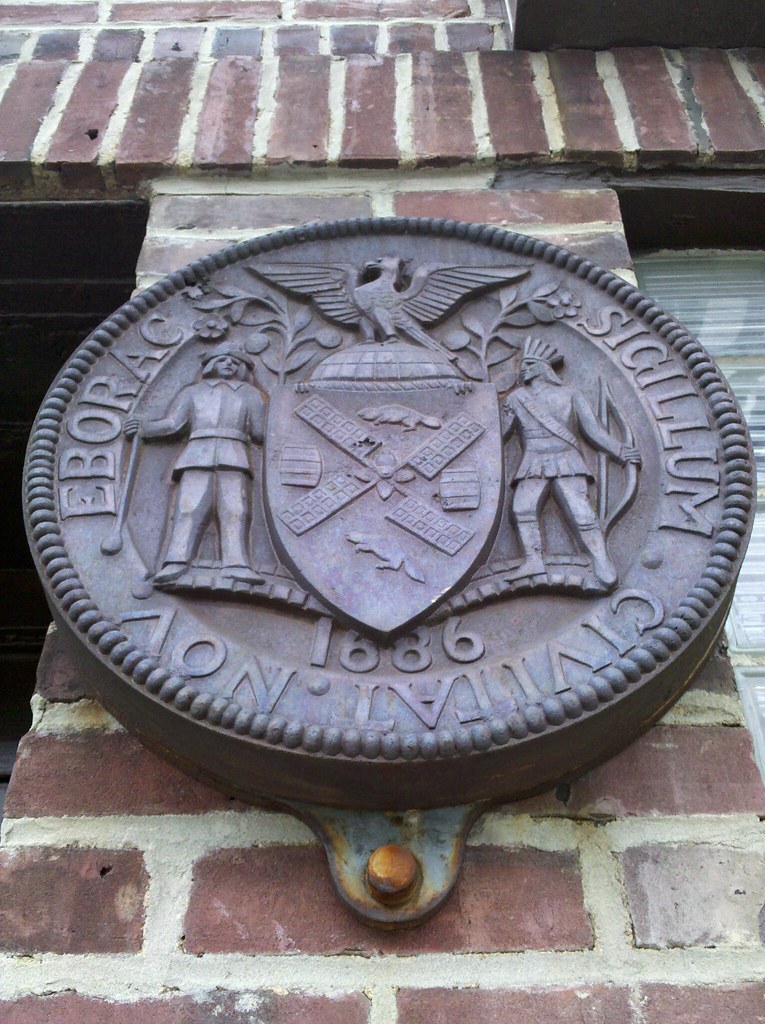 It looks similar to, but is quite distinguishable from, the current city seal. Apparently this is not uncommon: the seal has had a long and chaotic history.

The mystery is why this seal is here is the first place. The building is currently the home of E-J Electric Installation Co., and bears no other indication of its previous use by the city. 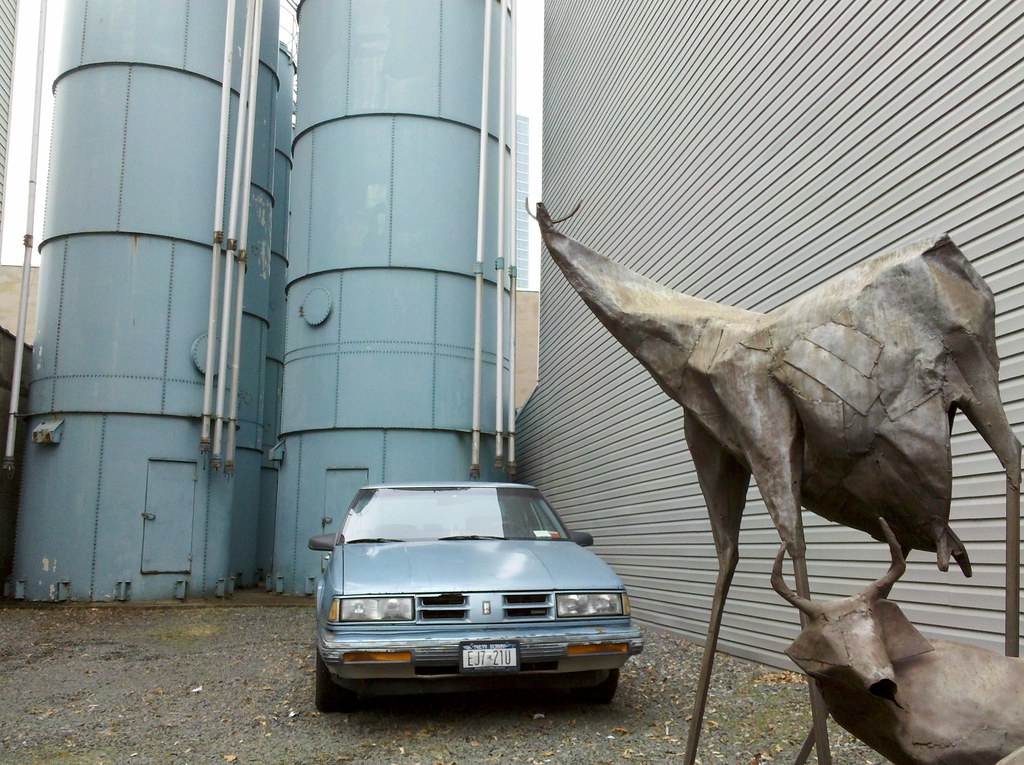 If it’s steel, we are able 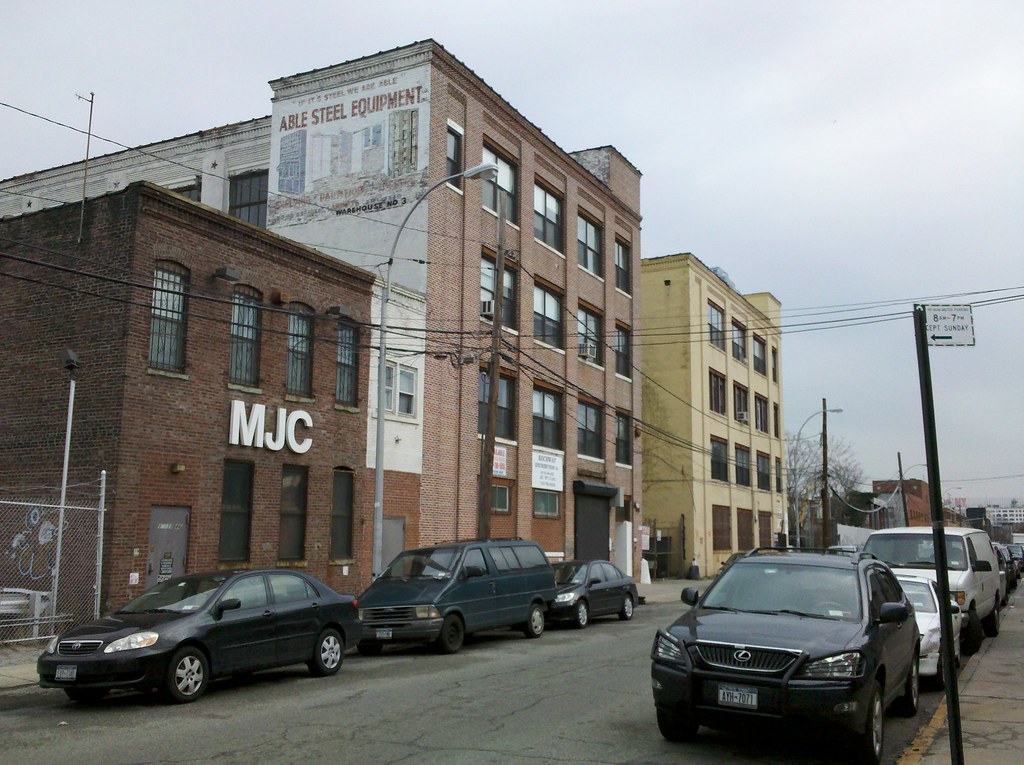 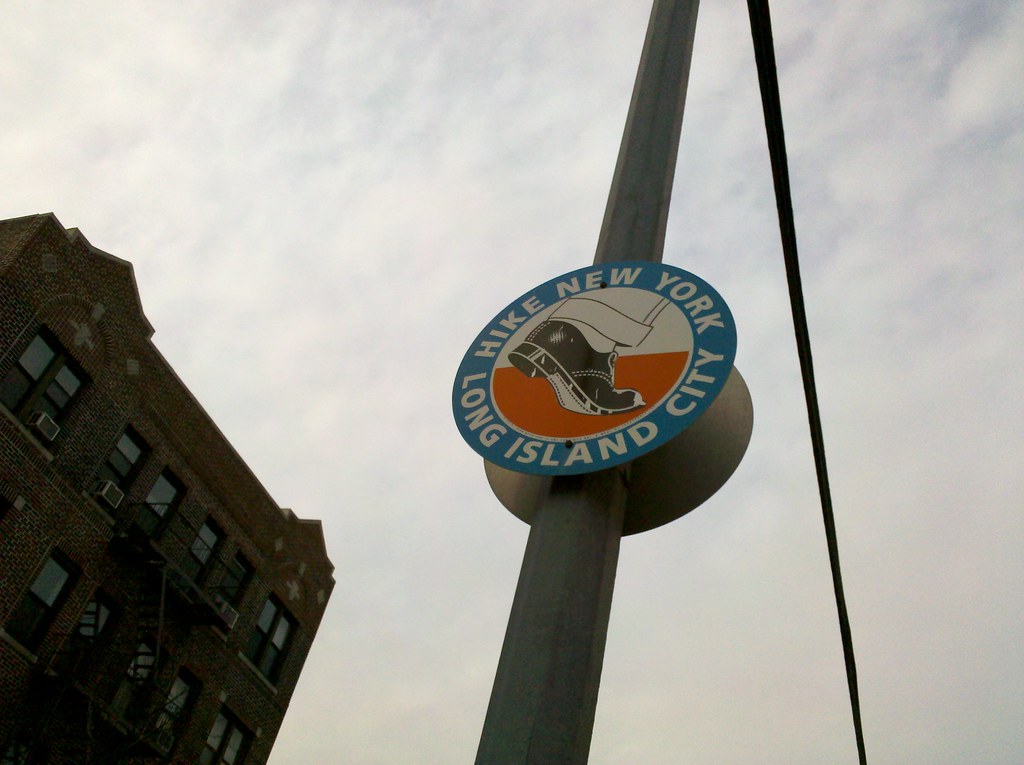 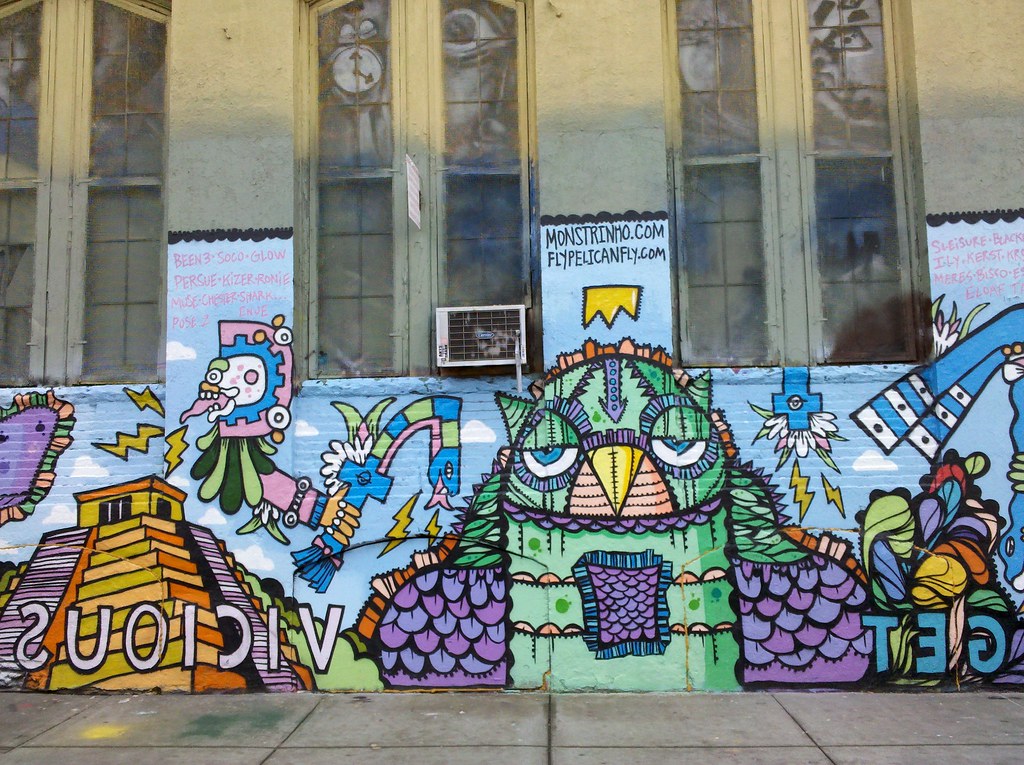 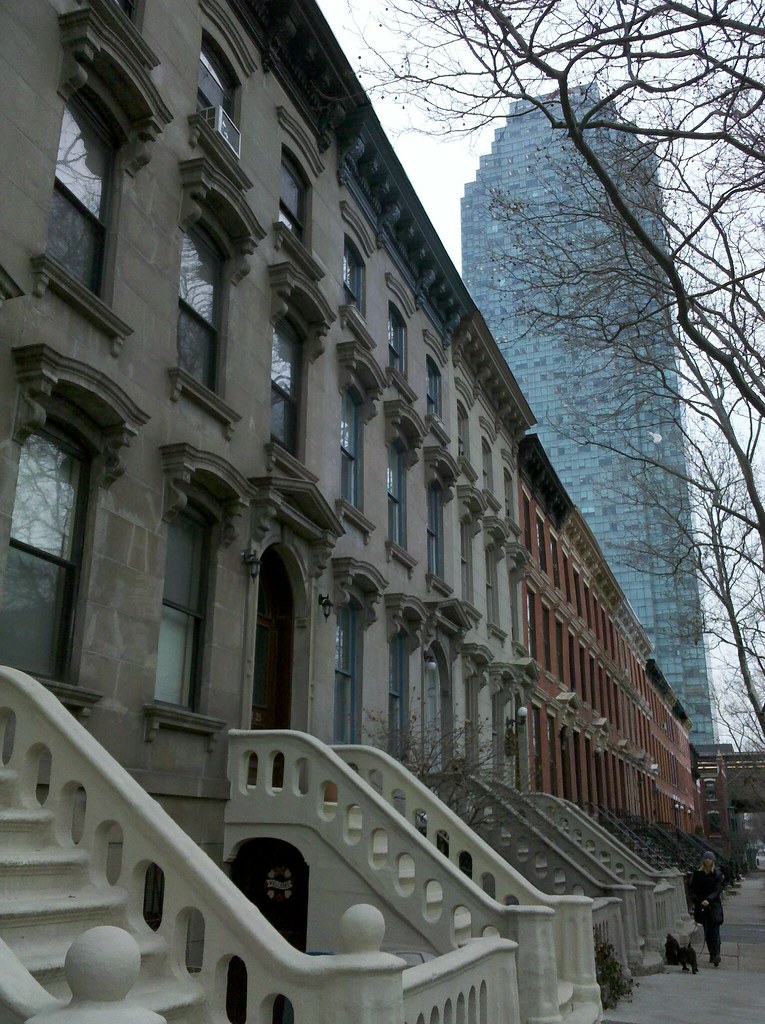 Well, not the thing in the back. 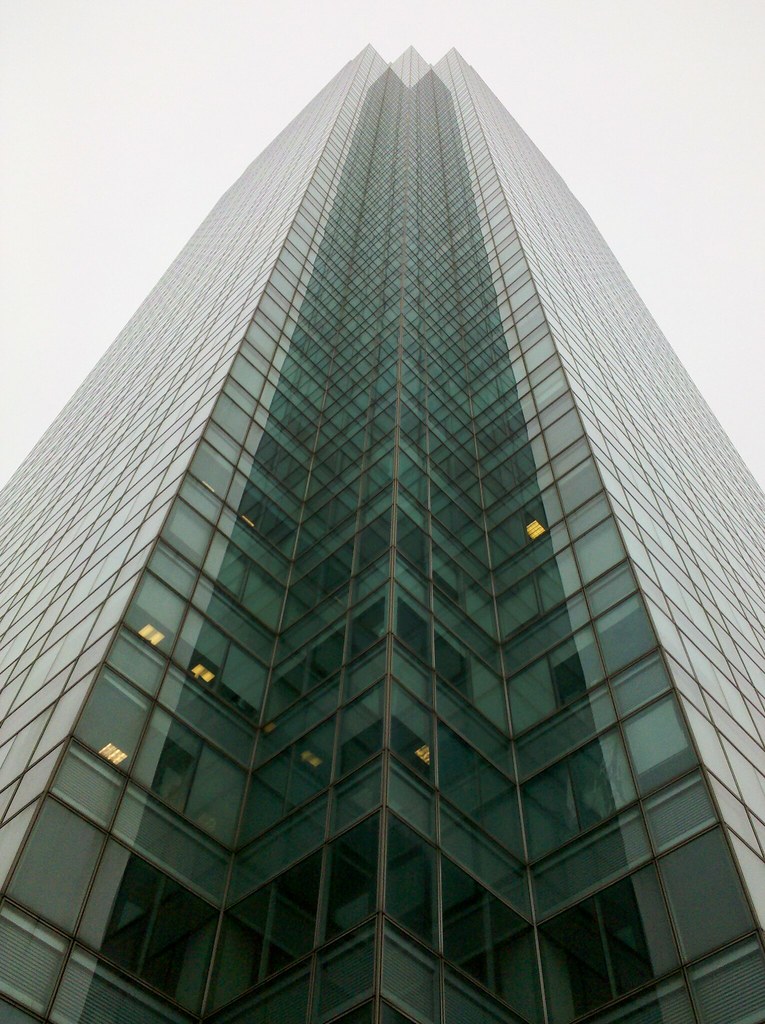 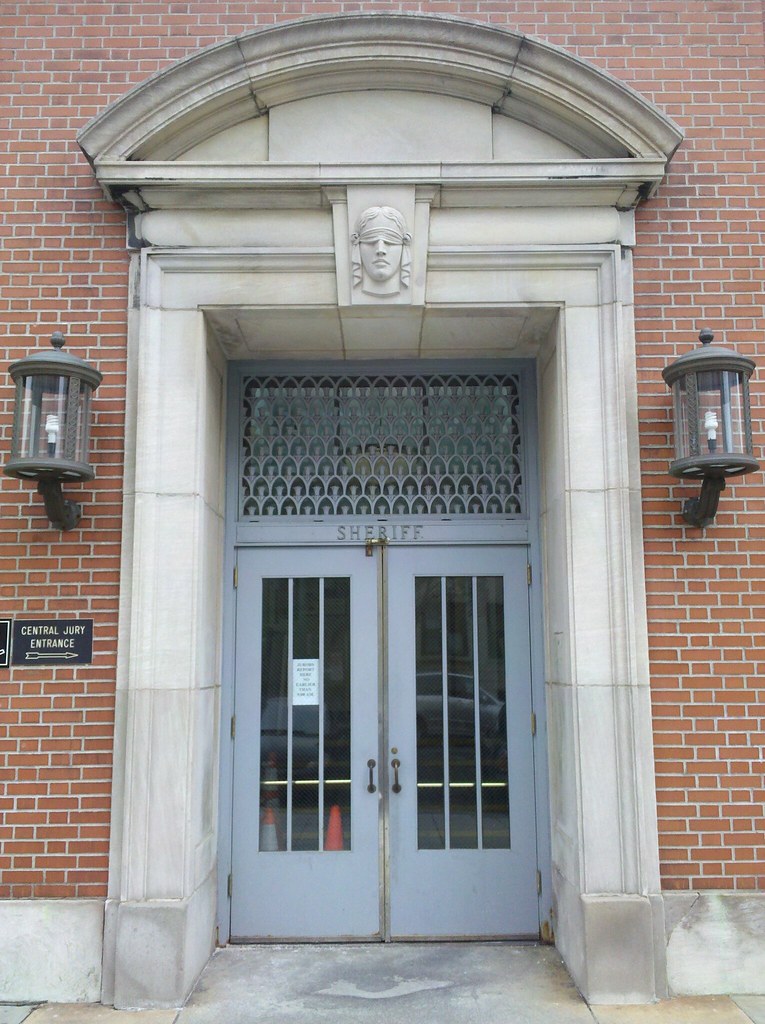 This is the old sheriff's entrance to the Long Island City Courthouse. Did you know NYC still has sheriffs? I didn't! 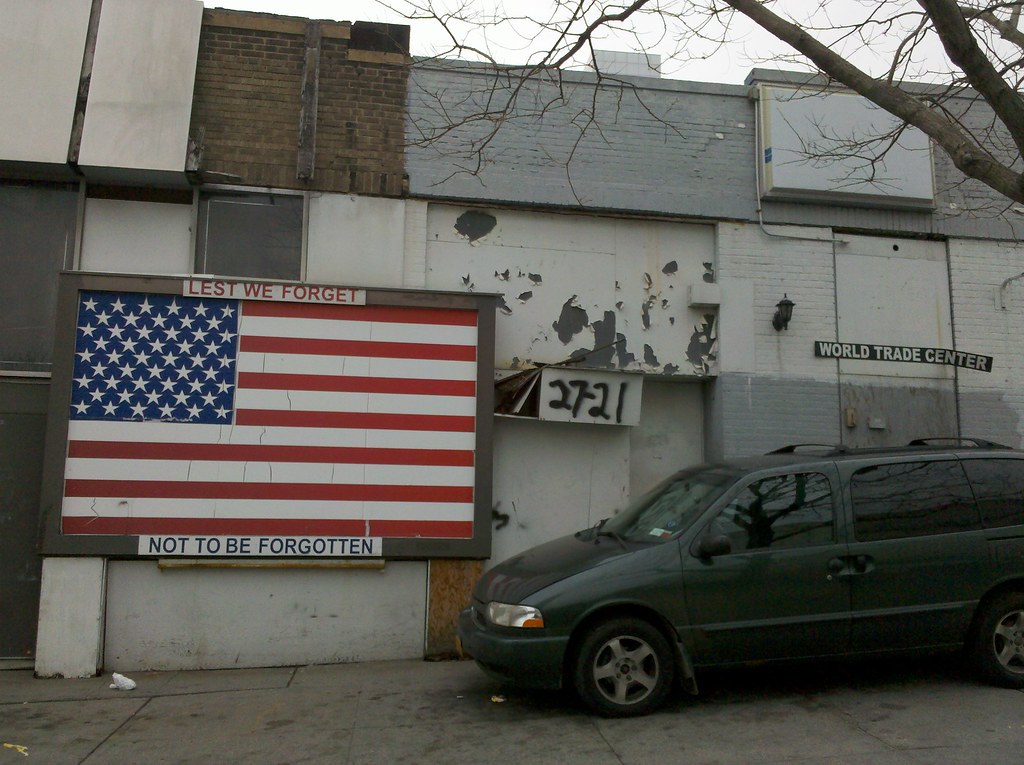 This one barely made the cut. 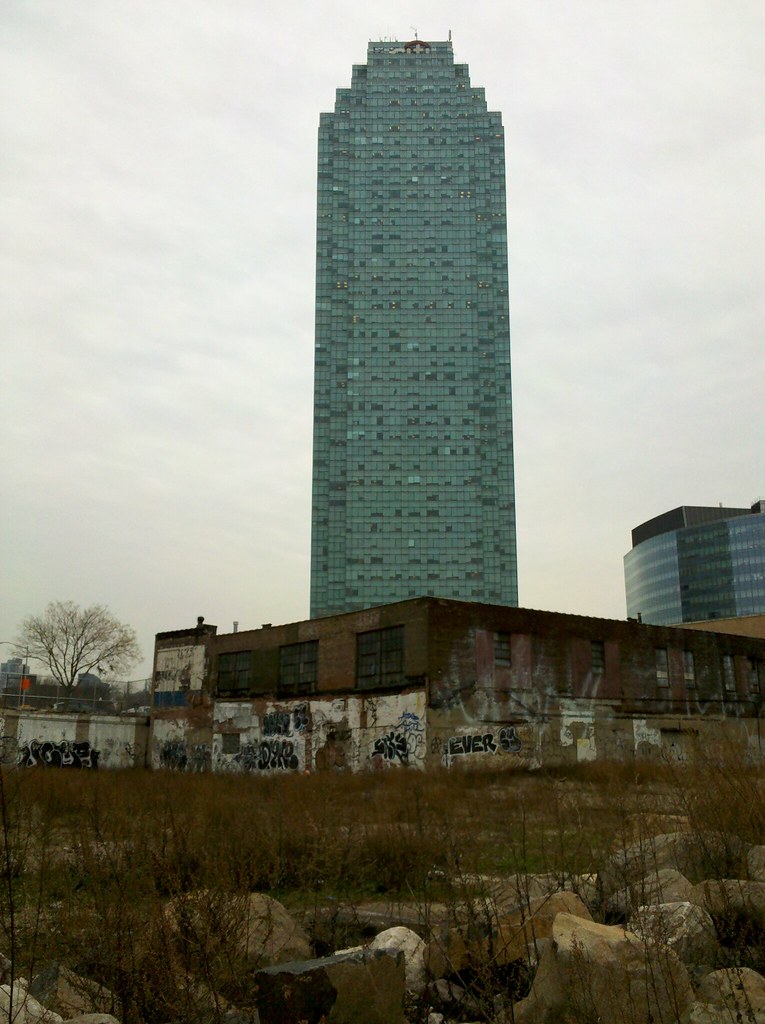 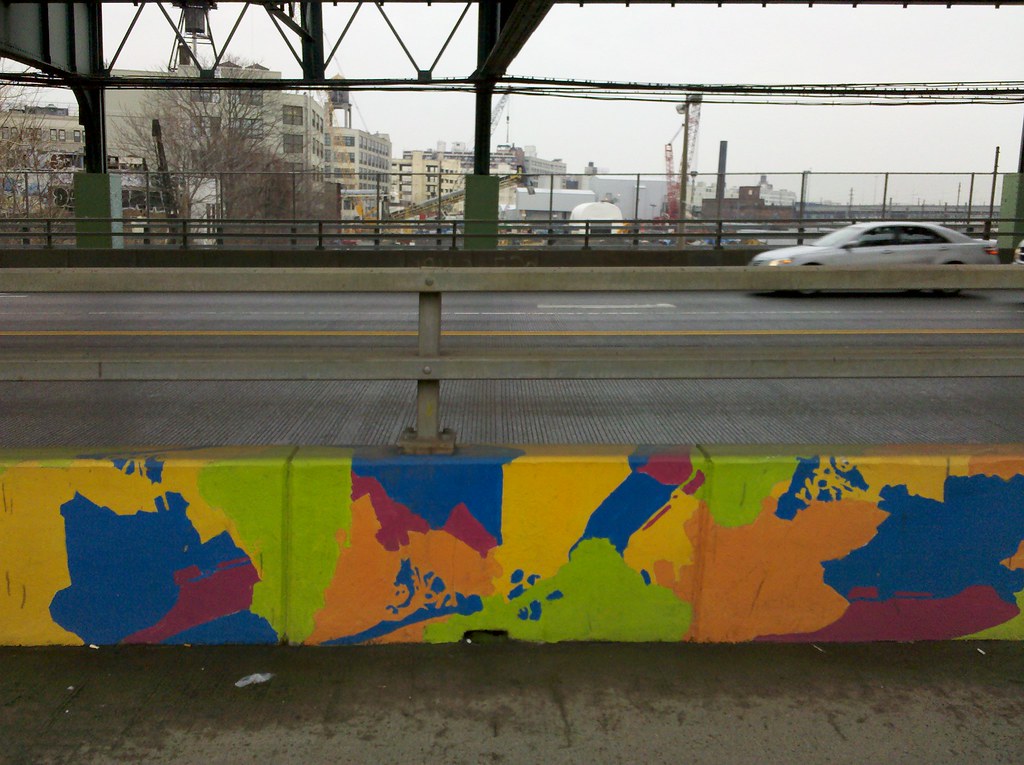 Painted under the auspices of the city DOT's Barrier Beautification Program, this camouflage pattern is made from, or was at least inspired by, the shapes of the five boroughs. 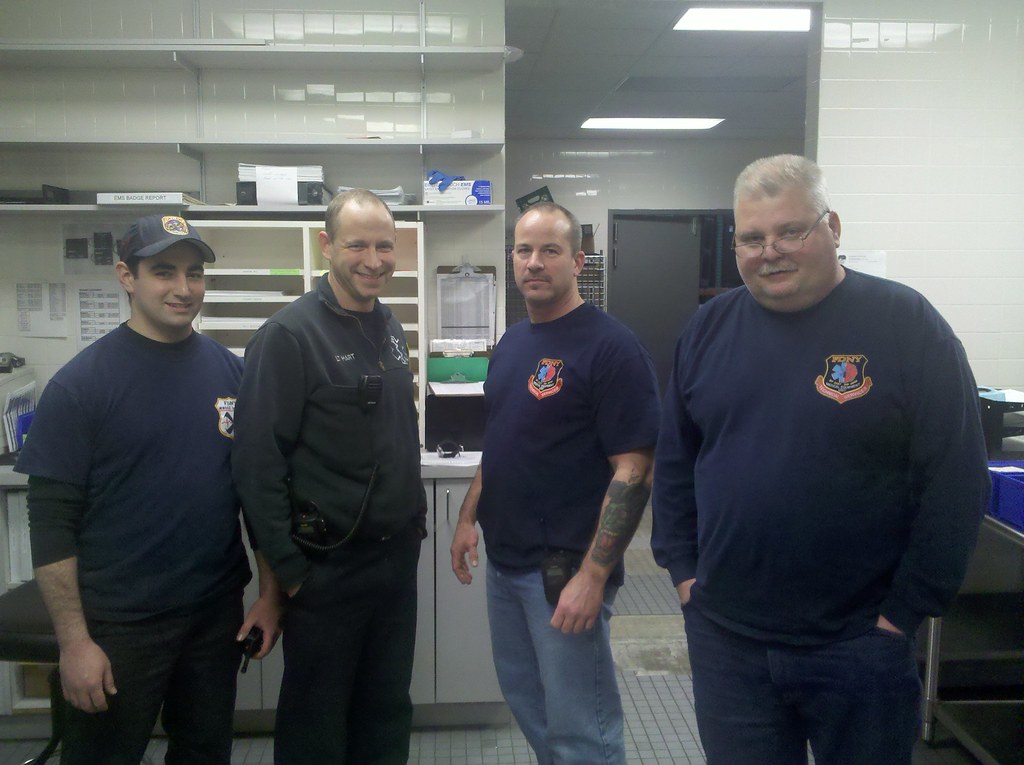 As I was walking down 34th Street in Sunnyside today, I saw a tractor-trailer hit a parked car while making a right turn. The driver didn't stop, so I followed him over a couple of blocks to his destination at a nearby loading dock. I told him he had hit a car; he said he didn't realize that, but that he would go take care of it as soon as he finished up what he was doing. He seemed nice enough, but I jotted down his license plates, etc., just to be safe. I walked back over to the car that he had hit, and noticed an FDNY parking pass on top of the dashboard. Looking around, I saw an FDNY building (the Medical Equipment Unit) nearby, so I rang the buzzer and went inside. It turns out that the car belongs to the gentleman (Steve? Rob!) second from the left, who seems, oddly, to be the happiest of the four guys pictured. Anyway, I passed along the information I gathered, just in case the trucker decided to flee the scene.

What else will I end up witnessing while I'm walking? 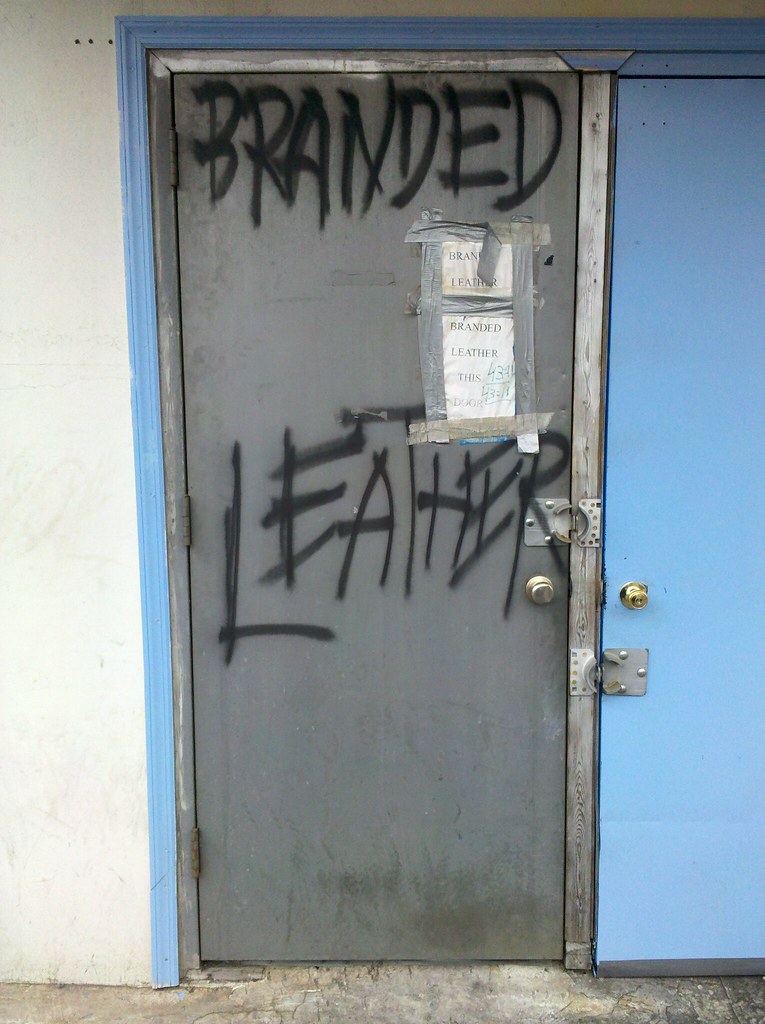 I hope we can expect similar craftsmanship in their products. Their awning serves to inspire further confidence. 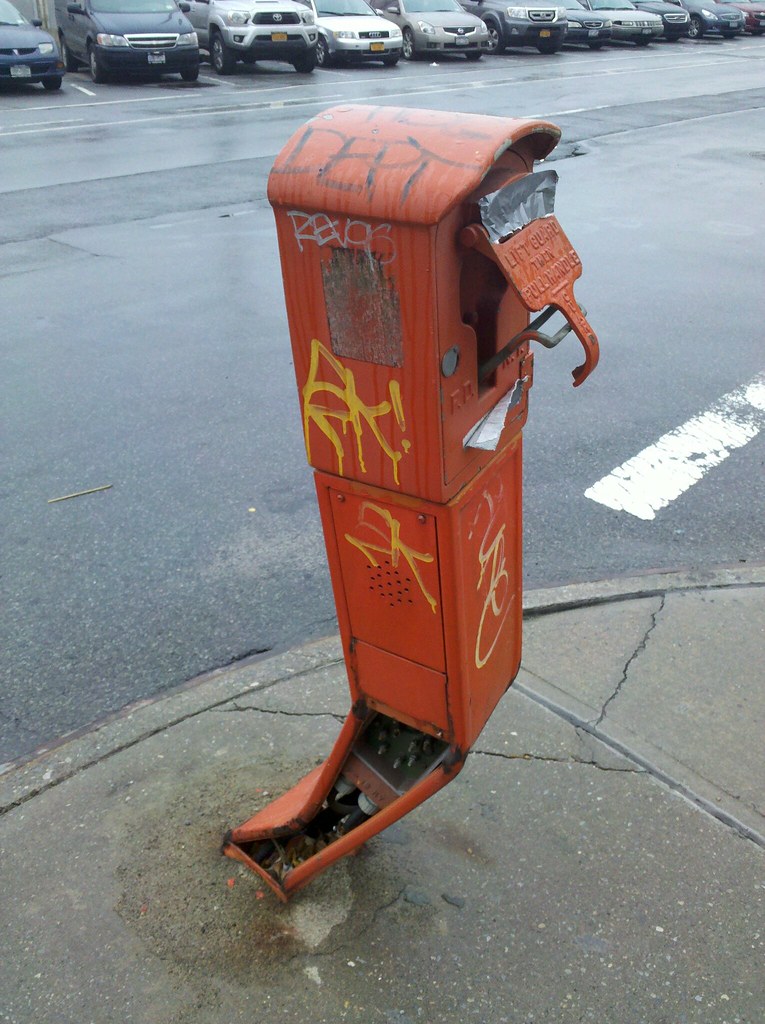 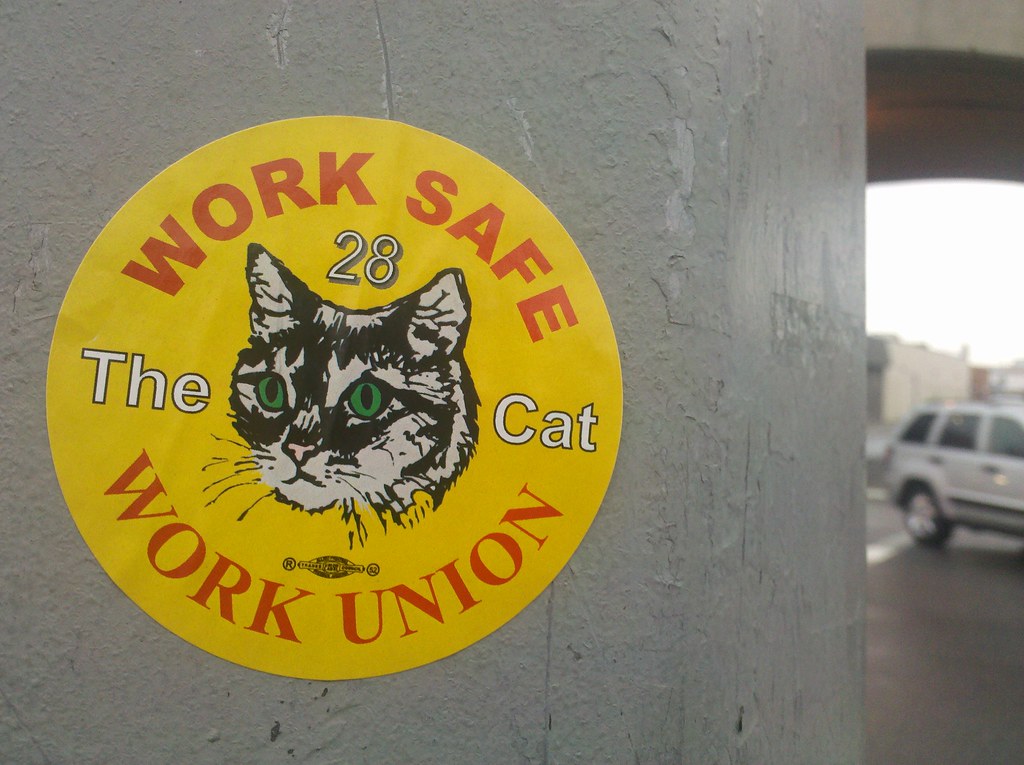 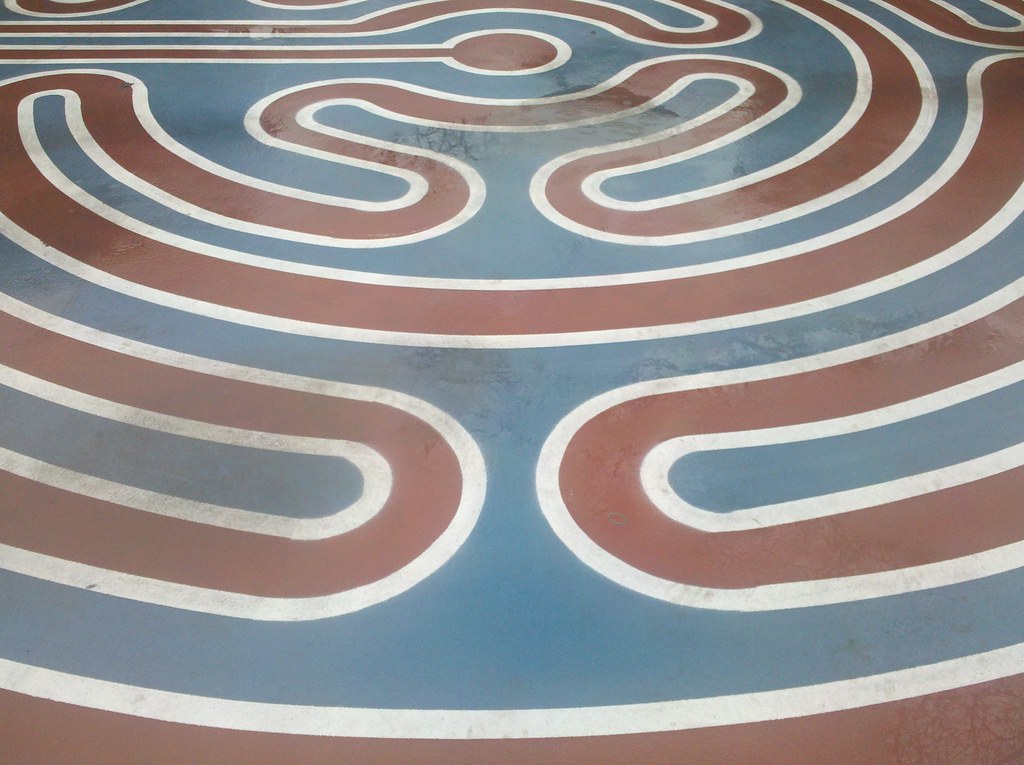 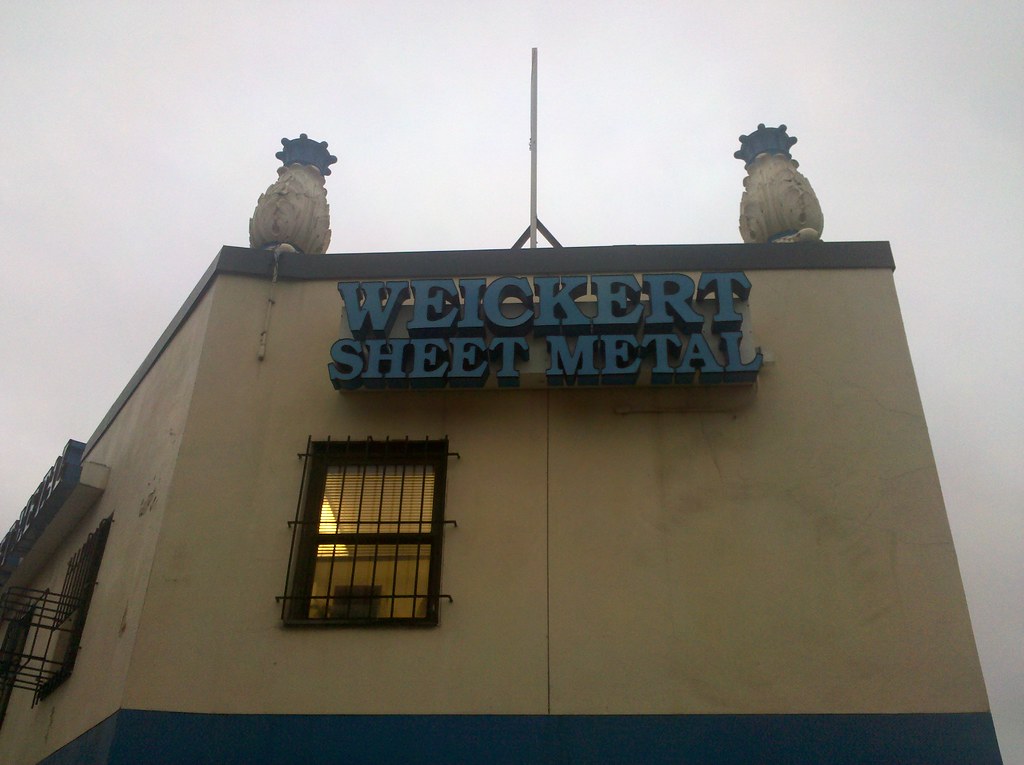 I've already started unexpectedly running across obscure things I photographed weeks ago. It's nice to have that kind of history with a place — it makes it feel a little more like home. 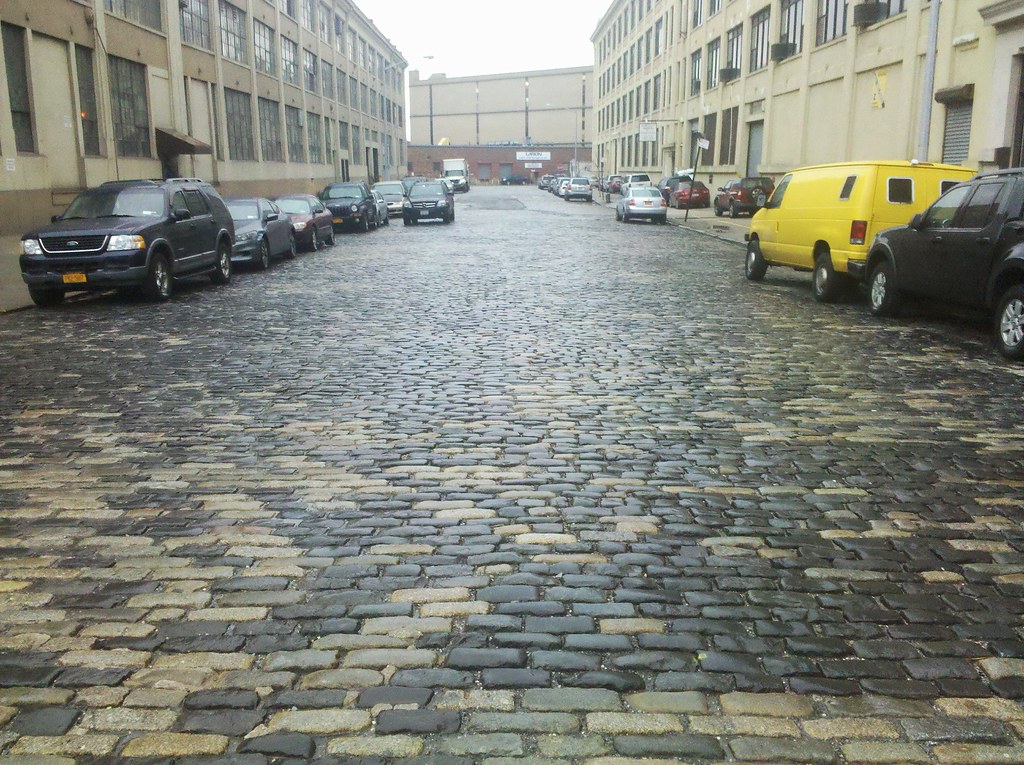 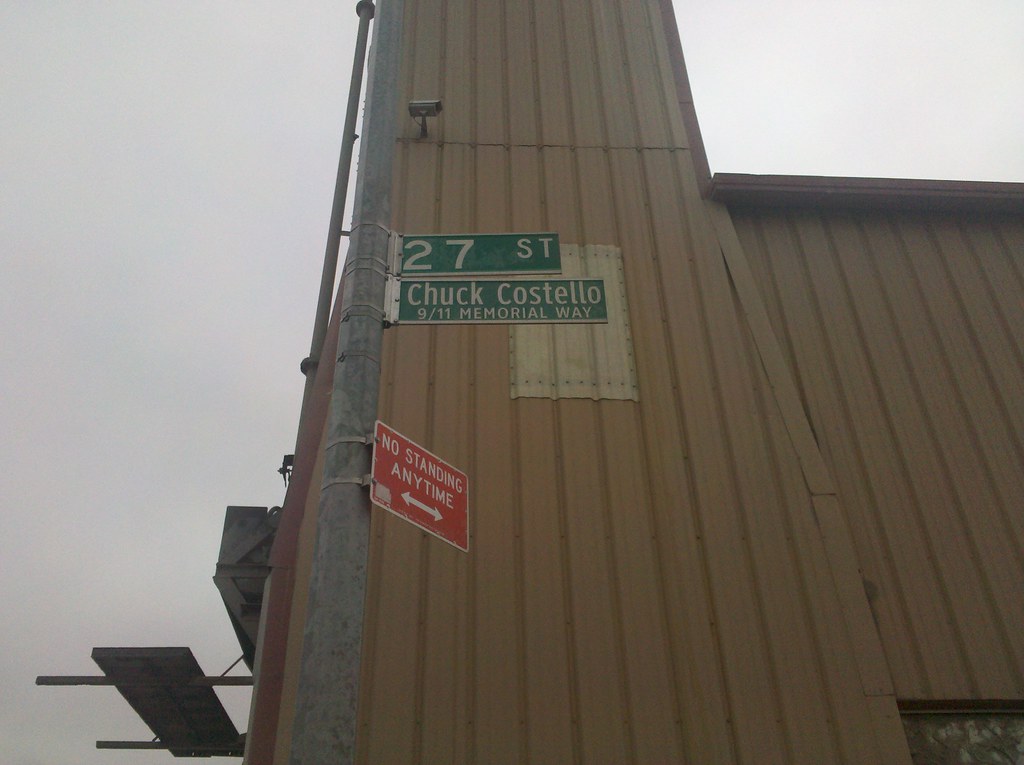 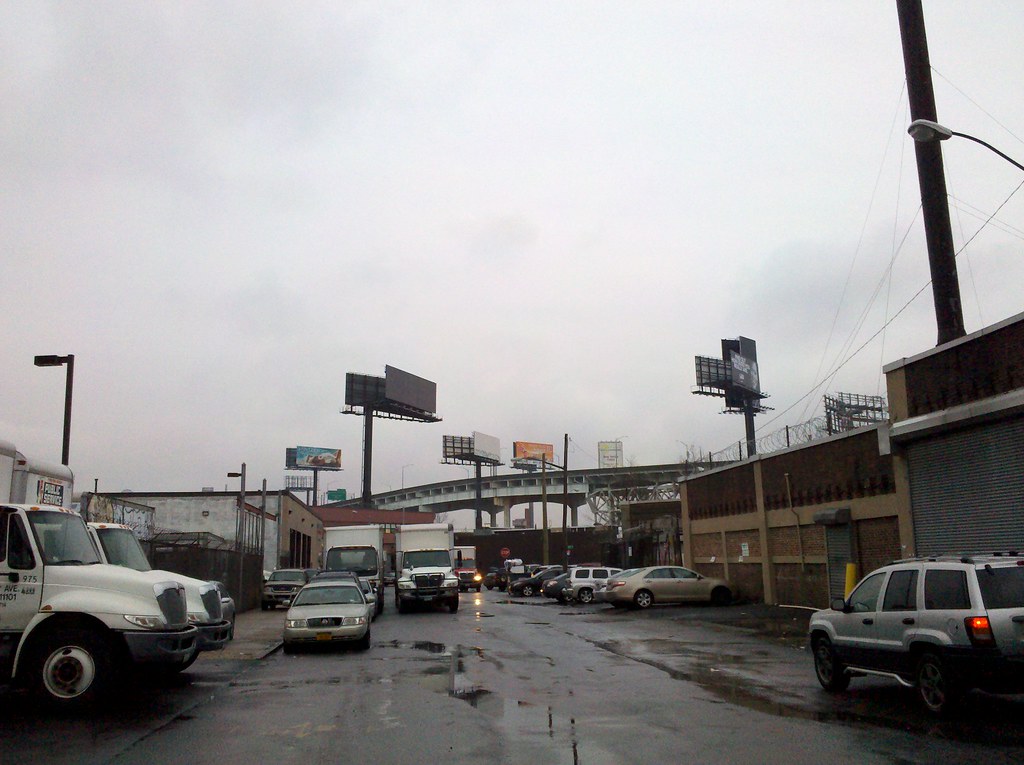 Six of the seven are within 200 feet of the Long Island Expressway (the elevated highway visible in the background). That proximity to a highway (in conjunction with them not advertising the business whose building they're attached to) is what makes them illegal, much like the billboard that collapsed onto the BQE a couple of weeks ago.

Sun breaking through the clouds? 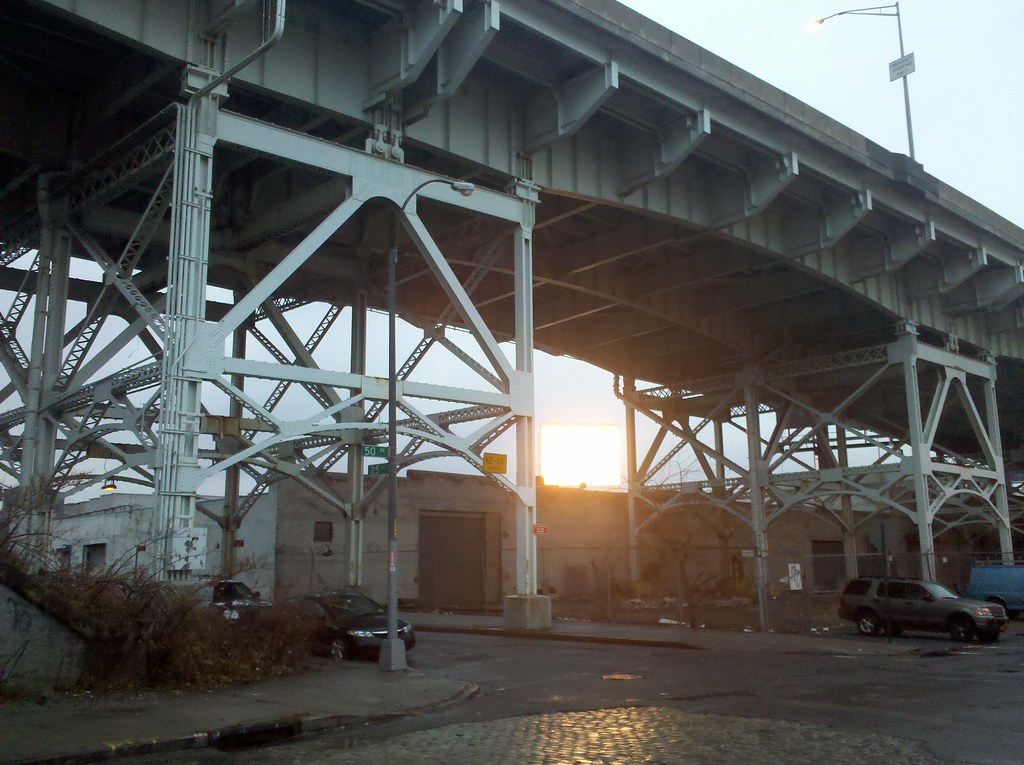 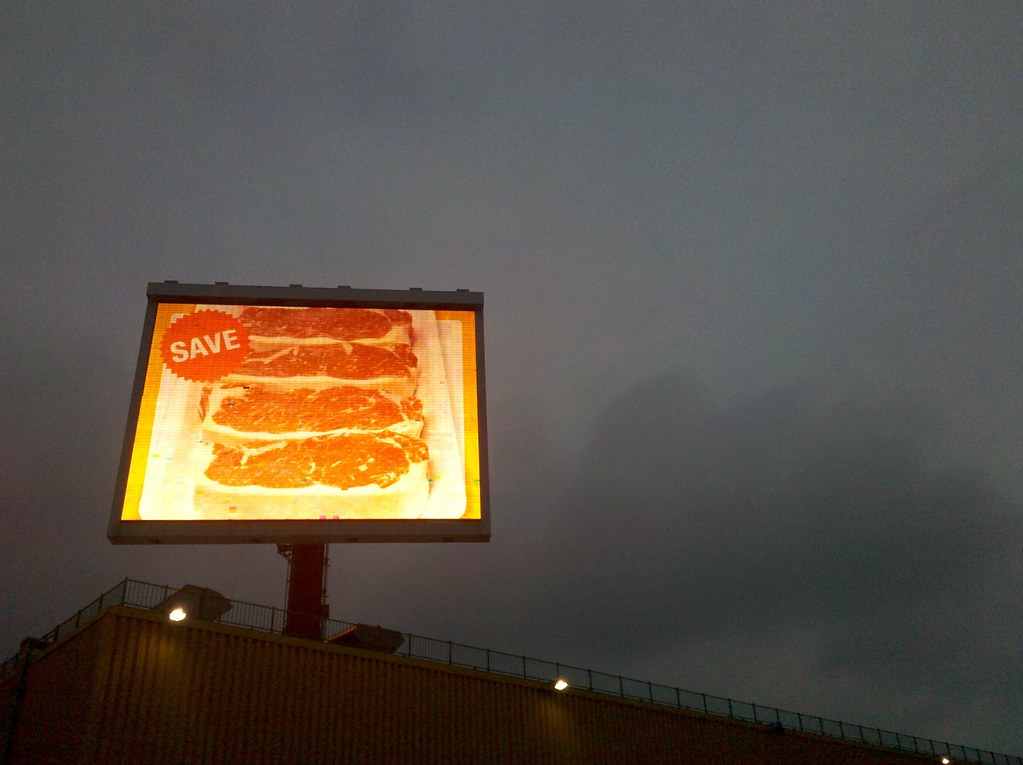 It's this enormous FreshDirect video billboard. With a screen size well in excess of 5000 square feet (how many NYC apartments could fit in that space?), it's the largest outdoor LED billboard in the world. 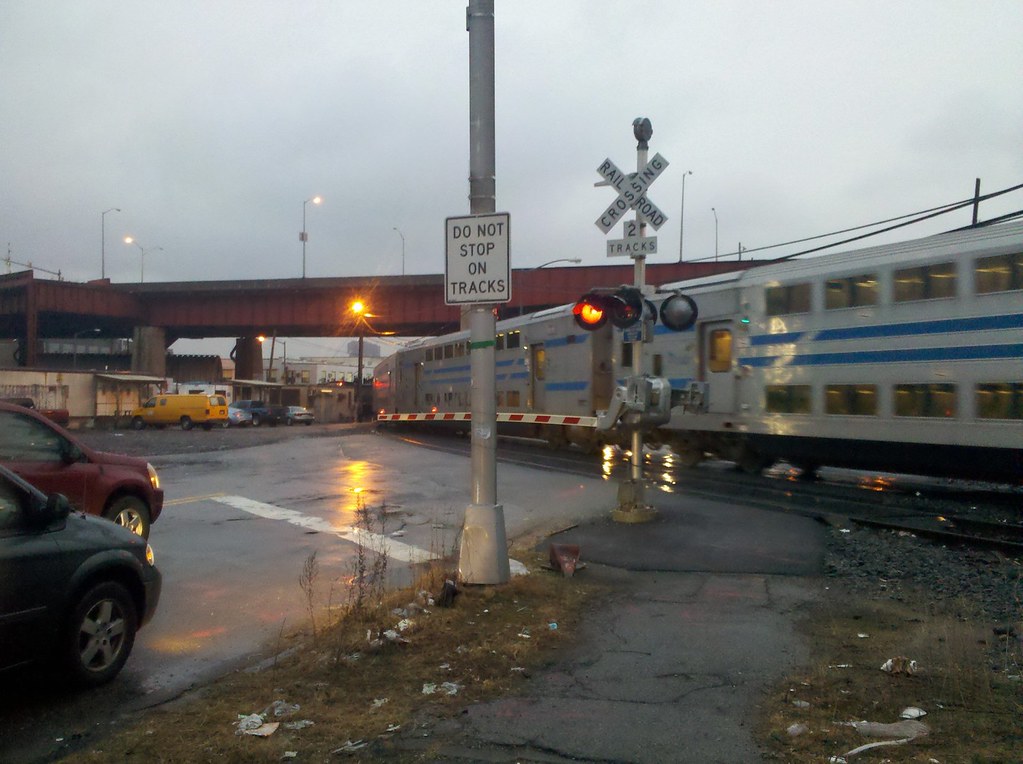 A rarity on the streets of NYC. That's a diesel LIRR train leaving the Long Island City station. 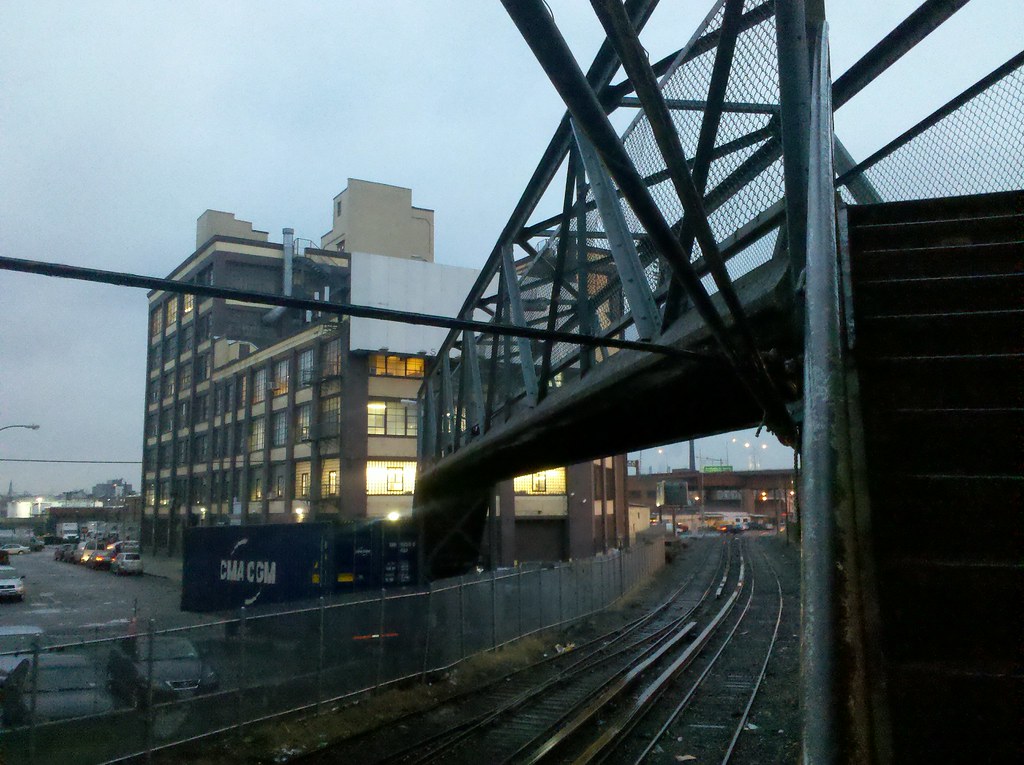 You can see the grade crossing from the previous photo off in the distance.