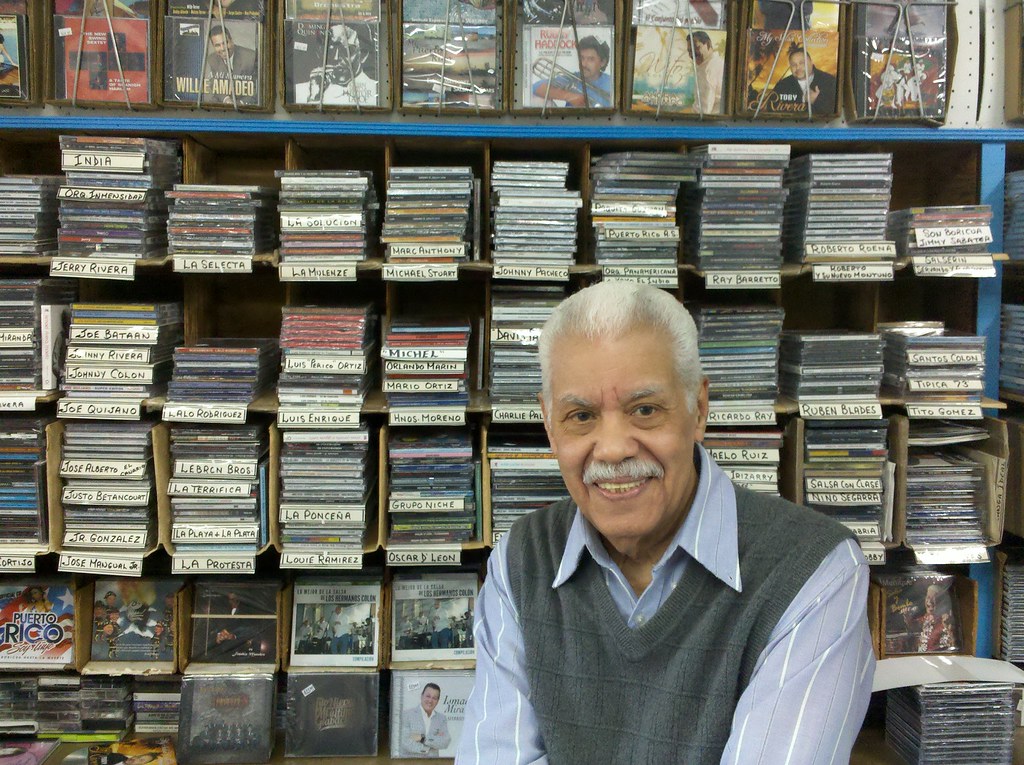 As I was walking down Prospect Avenue in the Bronx today, I noticed a Latin music store named Casa Amadeo that looked familiar to me for some reason. Then I remembered why: it was featured on an episode of Bronx Flavor, a supremely weird, exuberant, and passionate show that celebrates the culinary diversity of the Bronx. Watch the episode!

Mike is a musician and composer who has written almost 300 songs for well-known Latin artists. He used to work at Casalegre, a record store that was owned by Alegre Records, and he discovered several up-and-coming musicians, and signed them to the label, during his time there. He bought Casa Amadeo (formerly Casa Hernandez) in 1969, and he's been running it ever since.

Day 1150: At the entrance to Mahamaya Mandir