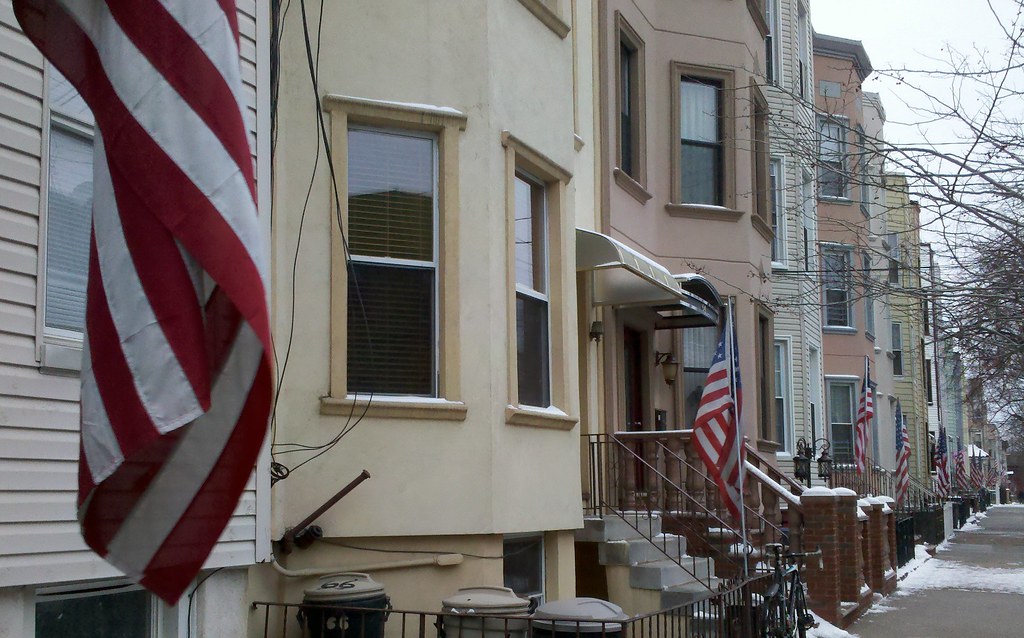 People here on Hausman street started flying American flags in the aftermath of 9/11, when one of their neighbors was killed in the collapse of the twin towers. Almost every building on the block has a flag now: I counted 59 of them as I walked down the street today. Bob McErlean, one of the residents of the block, has made it his job to maintain the flags, replace them if necessary, and properly dispose of those that are no longer suitable for display. A woman I met on the street told me that she just has to call him up if she has a problem with her flag, and he'll come over and take care of it. All of the fire hydrants and sign poles on the block are red, white, and blue, as well, but she says Bob had nothing to do with that — somebody else decided to paint them for the annual summer block party.