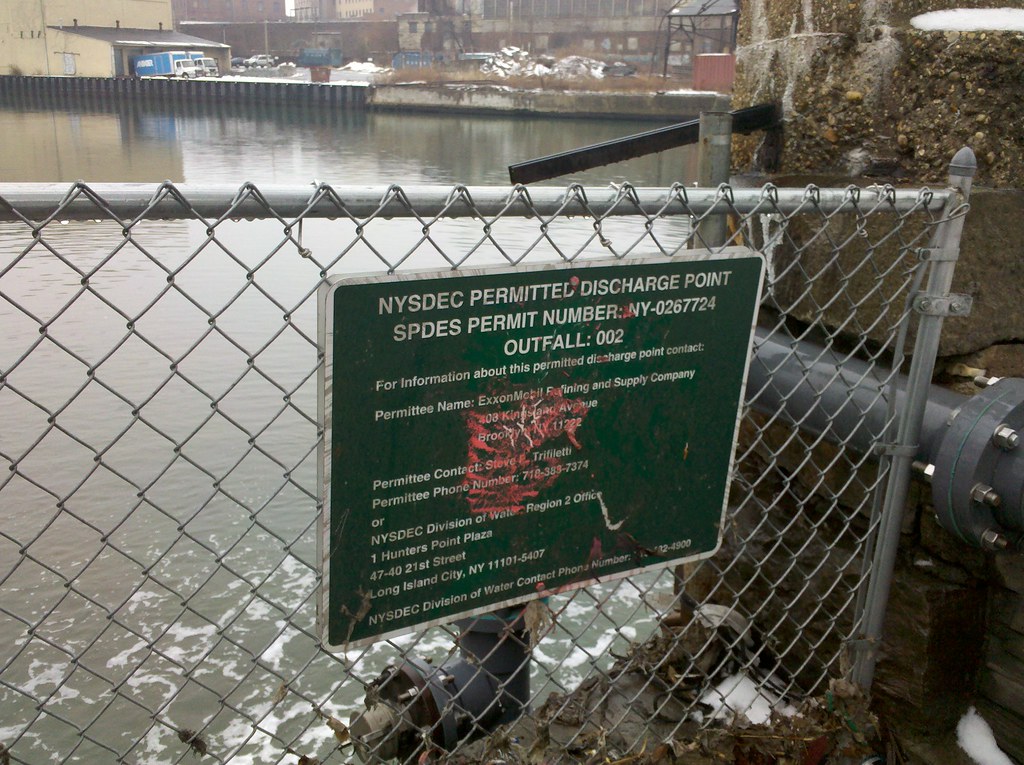 Greenpoint is the site of perhaps the largest oil spill in US history. Over the course of more than a century, somewhere between 17 and 30 million gallons of oil and petroleum products were leaked, spilled, and dumped into the soil and water by various refineries in the area. The descendants of those refining companies are now legally responsible for the cleanup effort, which consists primarily of pumping out contaminated groundwater, extracting the oil from it, and discharging the treated water into Newtown Creek. This photo shows the discharge point for water pumped and treated by ExxonMobil, and is also the location where a Coast Guard helicopter first observed the plume of oil flowing into Newtown Creek in 1978.