Pay toilets are back! 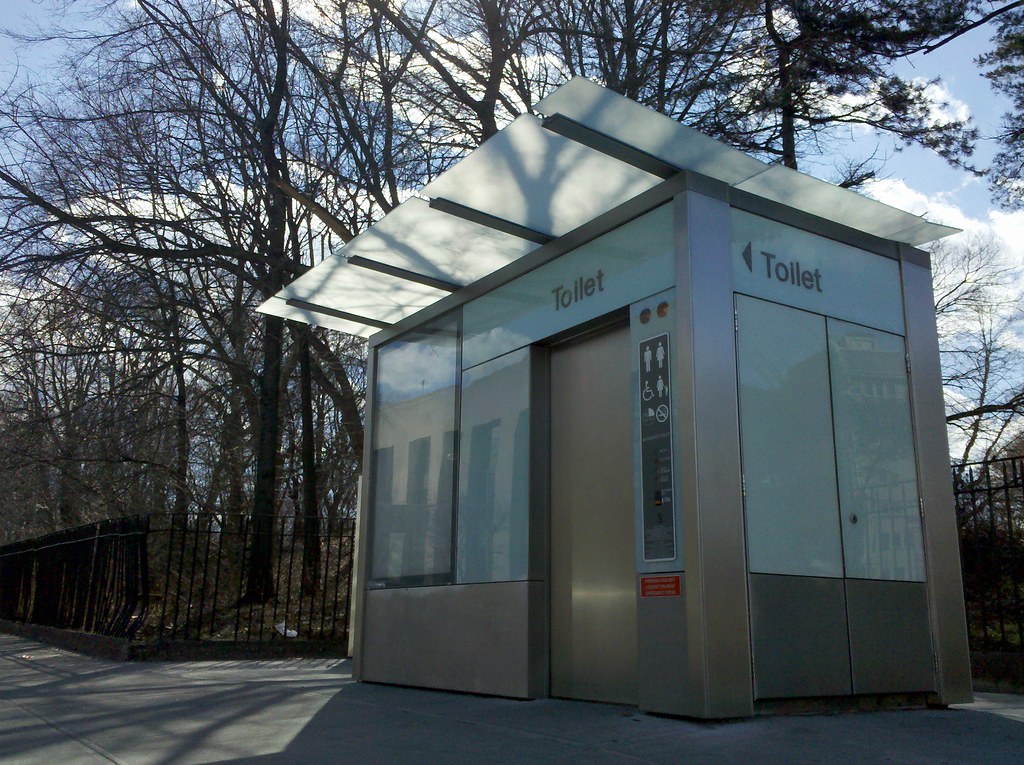 Outlawed by the state in 1975, an exception for their use in NYC was granted after a 1990 lawsuit. Starting in 1992, and continuing for the next 16 years, the city repeatedly tried and failed to move beyond the testing phase of various toilet proposals. By 1994, after a mere two years, the NY Times was already fed up:

"The city's frustrated attempts to meet the basic human need for a safe, clean place to go to the bathroom exemplify how cumbersome governmental processes, flawed planning and a cacophony of competing interest groups can delay the achievement of a common-sense goal."

Finally, in 2008, it was all figured out. The first post-1975 permanent pay toilet was installed in Madison Square Park to much fanfare, with the promise that 19 more would soon be in place around the five boroughs. (Here's a review of that toilet, for those curious about the workings of an automated commode.)

However, by late 2010, there had only been one additional toilet installed (in Corona Plaza, Queens). But after more than a year of wrangling, work was finally underway on a third location, here at Grand Army Plaza in Brooklyn.

So now it's 2012, and we have a grand total of three pay toilets to show for two decades of bureaucratic maneuverings. (I assume there are still only three: the city's own website lists just the first two.)

Finally, it should be noted that these machines consume a monstrous 14 gallons of water per use! Perhaps it's for the best that they remain so few and far between. 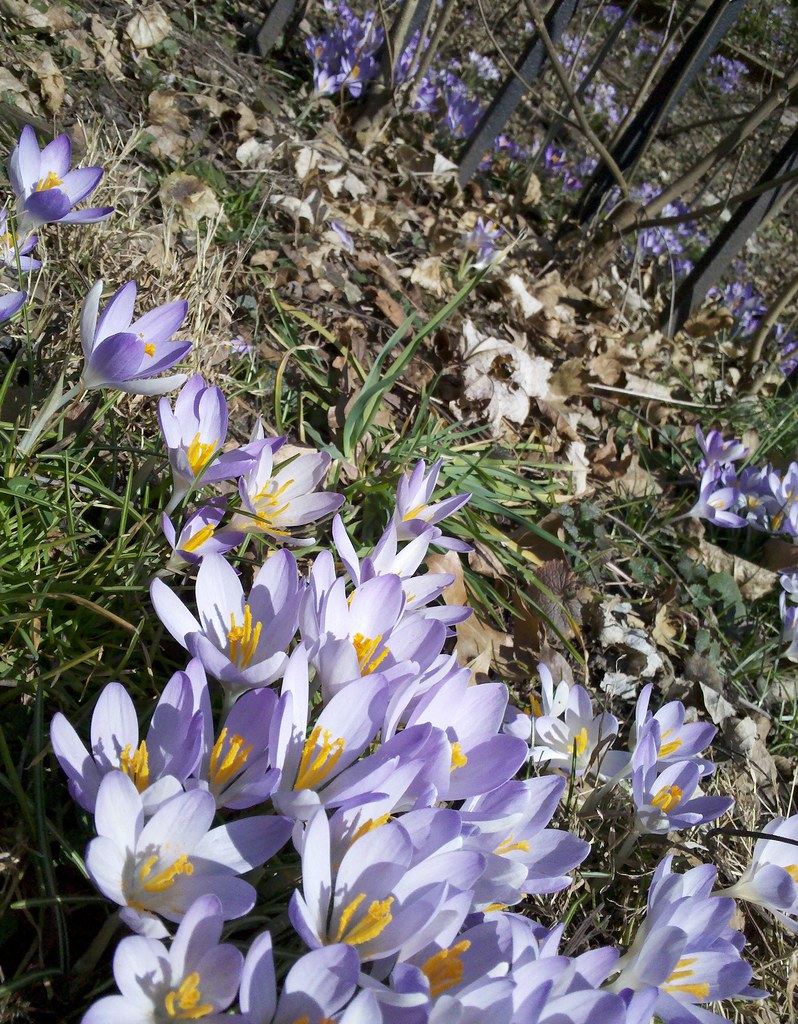 Judging by the number of lookers and pickers today, I'd have to guess their approval rating would poll upwards of 90%.

The charmingly tacky gateway to Flatbush 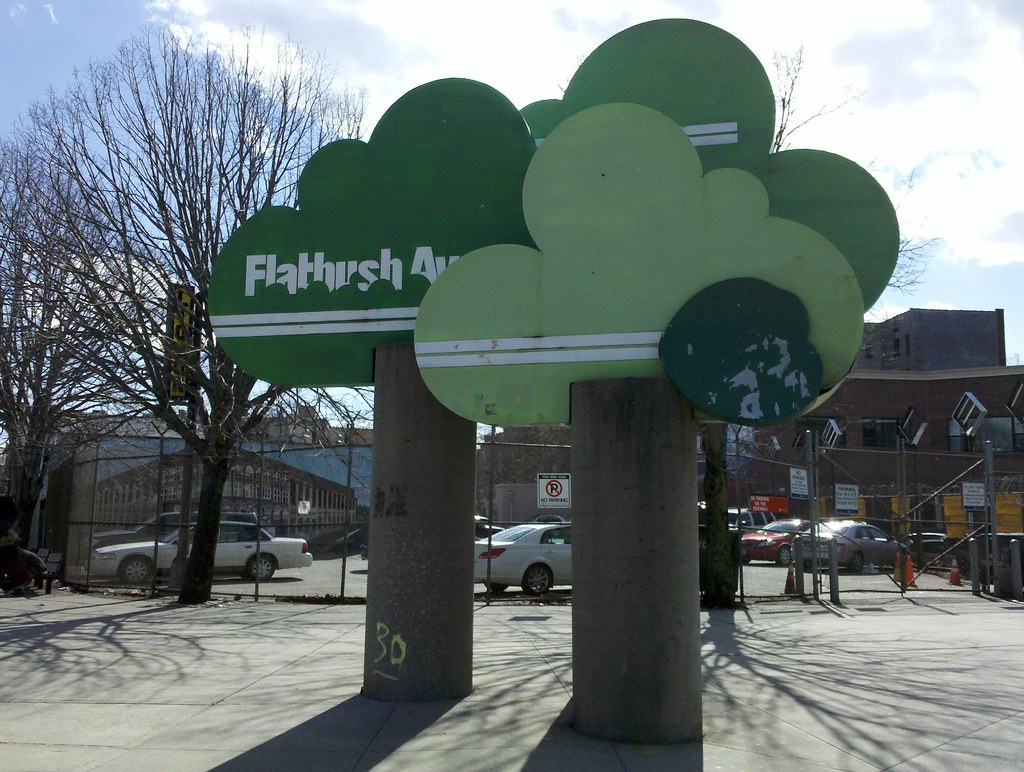 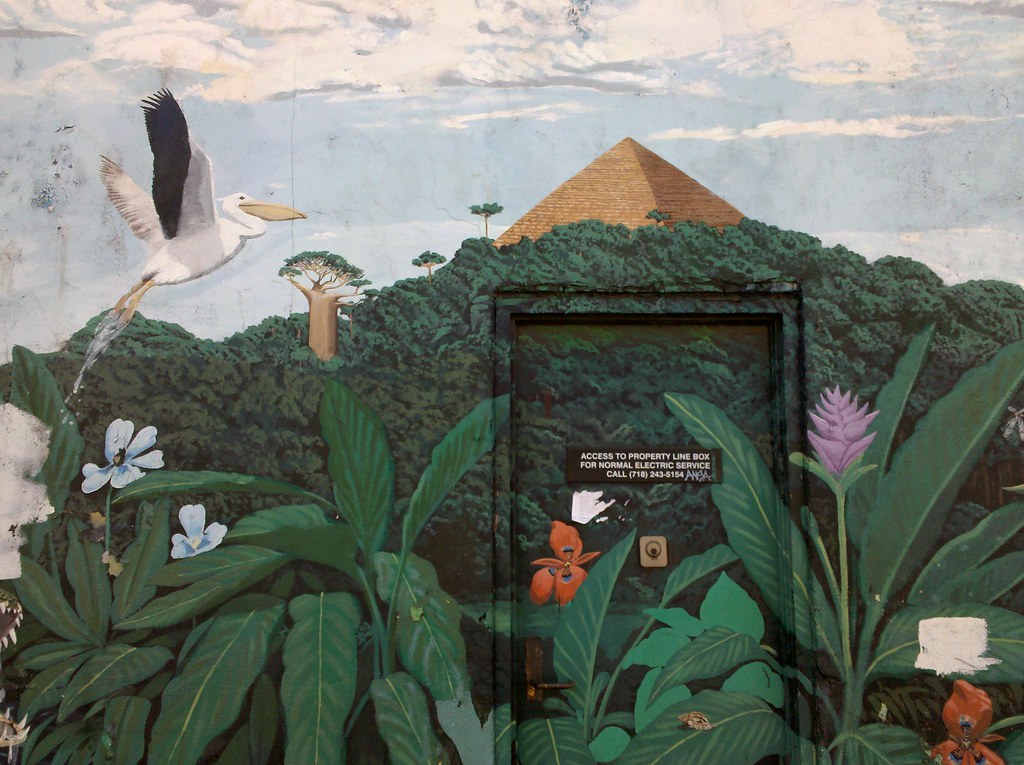 Yes, those are crocodile teeth. Check out the whole mural. 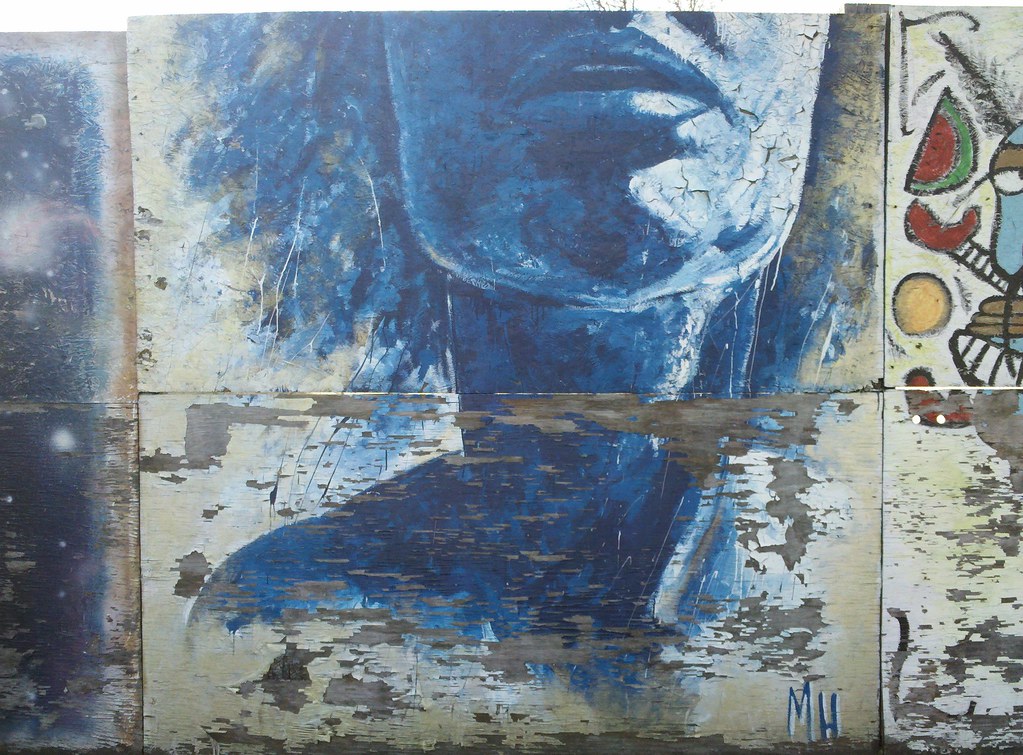 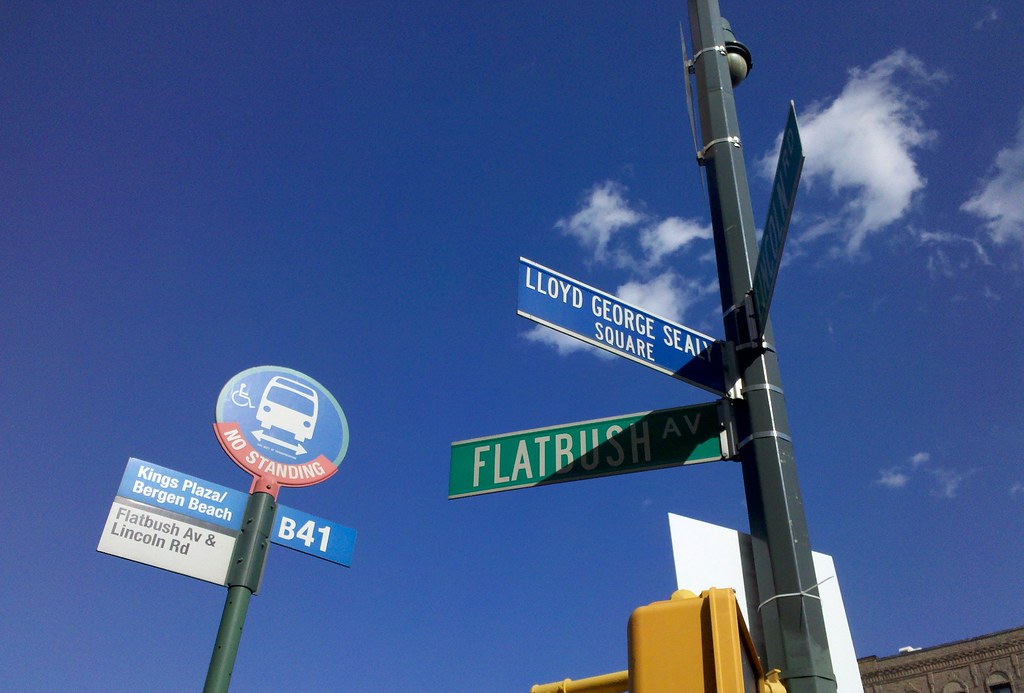 A policeman and a scholar. (Pardon the overly gushing tone of this link; it's the only writing of substance I can find about the man.) 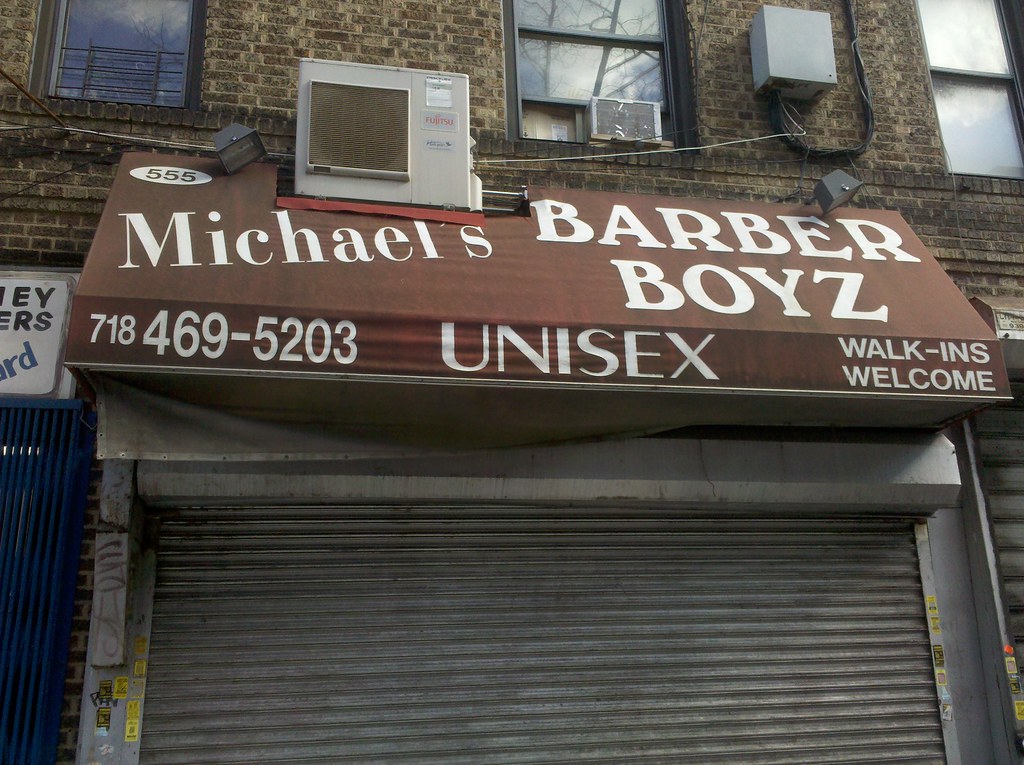 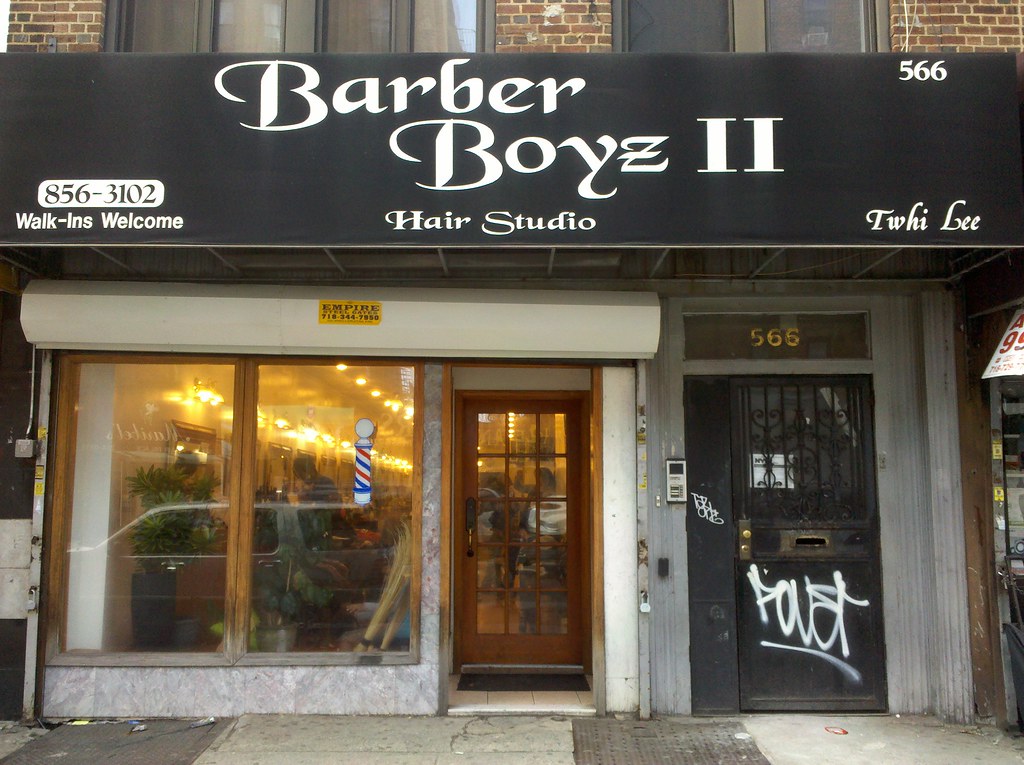 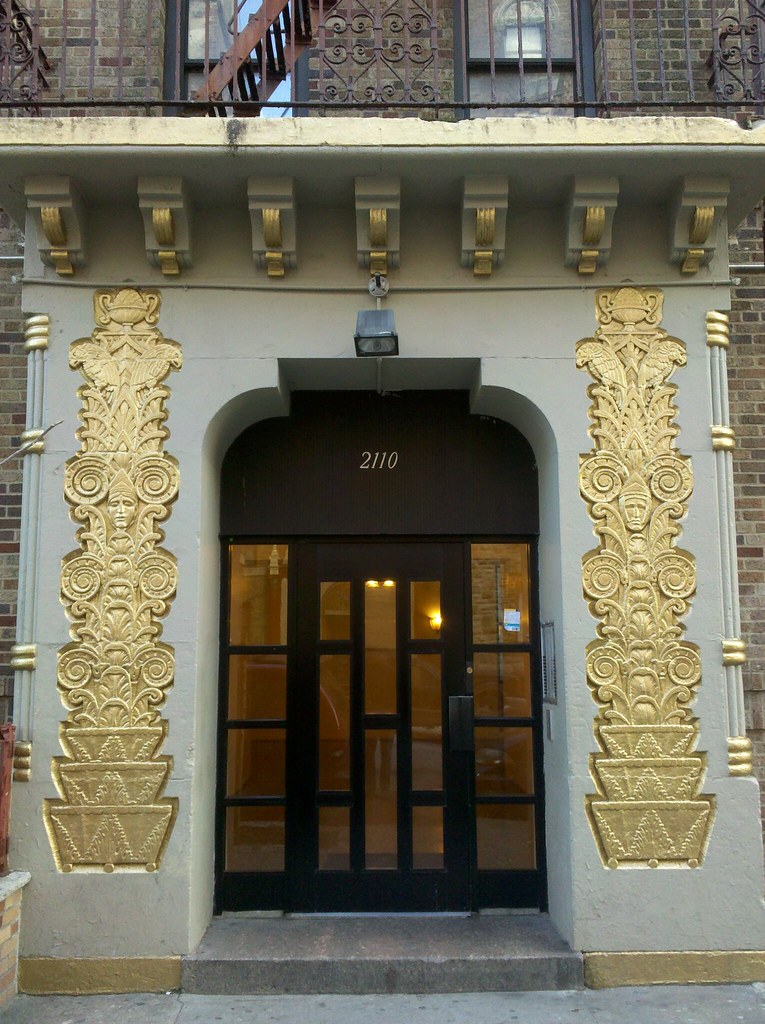 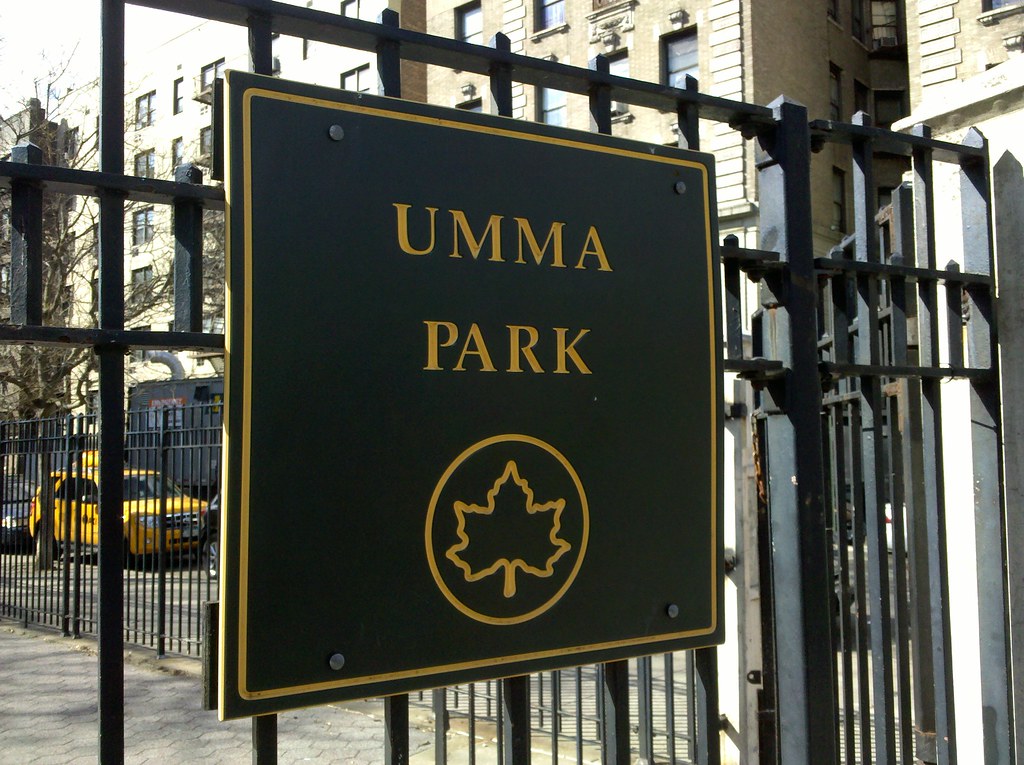 This park is named after Umma (an Arabic word meaning "community"), a highly successful community group formed in 1978 to help fight crime in the neighborhood. A local blog recently published a lengthy interview with Ed Powell, one of the founders of Umma. 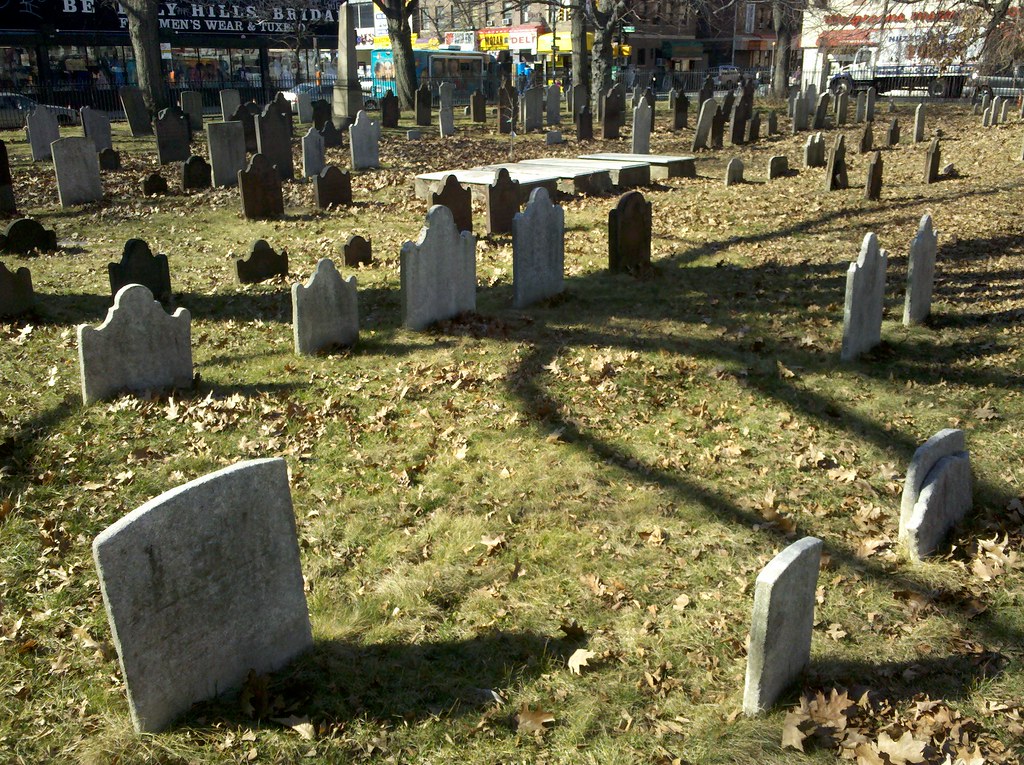 Founded in 1654 under the direction of everybody's favorite peg-legged, intolerant bastard (but then again, who wasn't in those days?) (these guys weren't!) (intolerant, that is, not peg-legged) (although odds are they weren't peg-legged either), Peter Stuyvesant.

The oldest legible stone here in the cemetery apparently dates to 1754; I saw several from that era (1760s and 1770s) during my brief stroll. While some of the markers are now too worn to be read, others have achieved unintelligibility simply by sinking into the ground over time, their recorded dates of death themselves becoming interred.

For an unusual take on this place, I'd recommend the beautiful photos and fevered narration of Mitch Waxman, who can generally be counted on for such things. 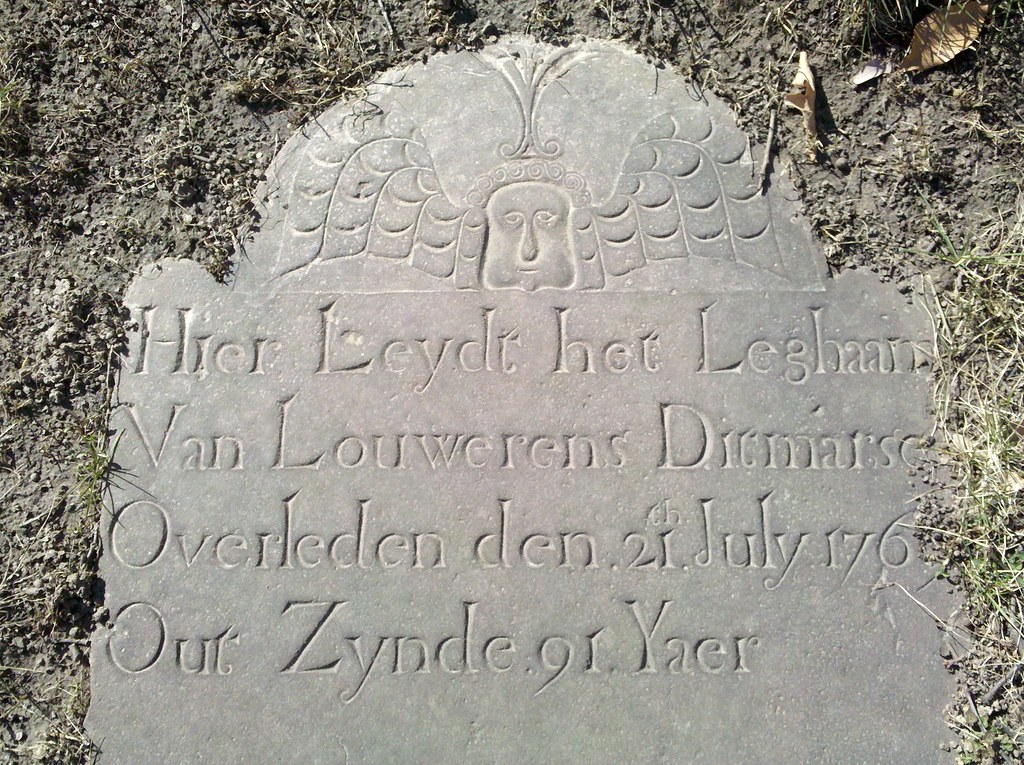 Cemetery at the Dutch Reformed Church of Flatbush 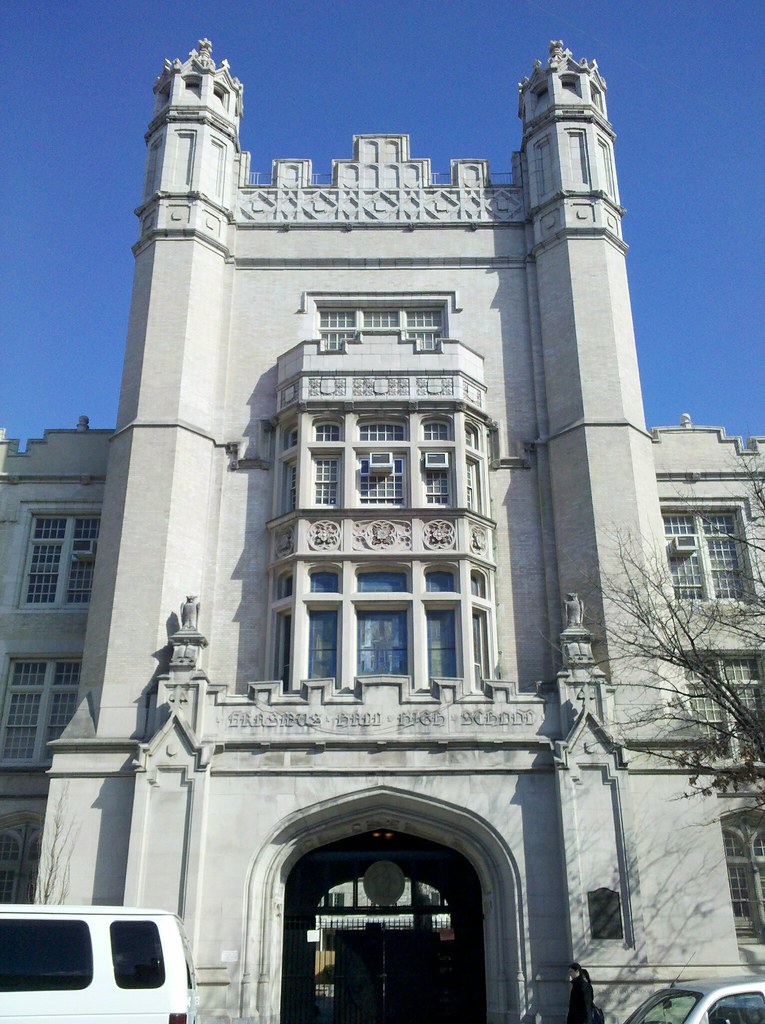 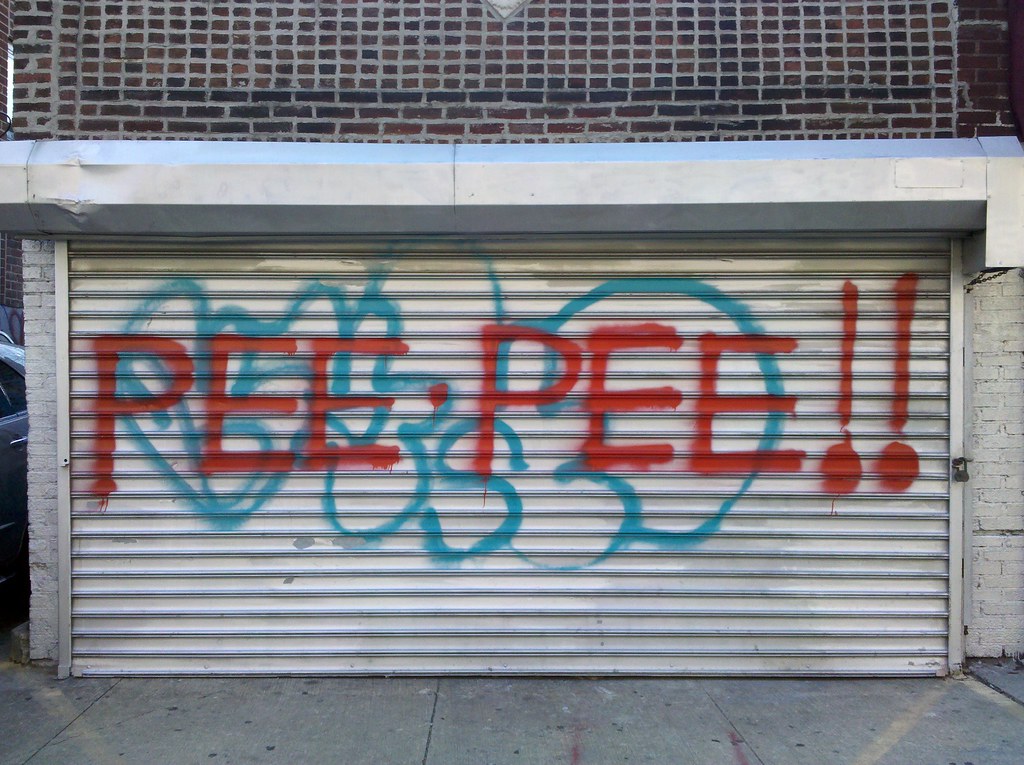 He's memorializing all the people who died in the earthquake, fire, and famine of 1805!

About 30 feet to the right of this door, a bright red, wall-length mural boldly proclaims: "Everybody was born talented / So find your talent / And don't waste your talent". Mission accomplished. 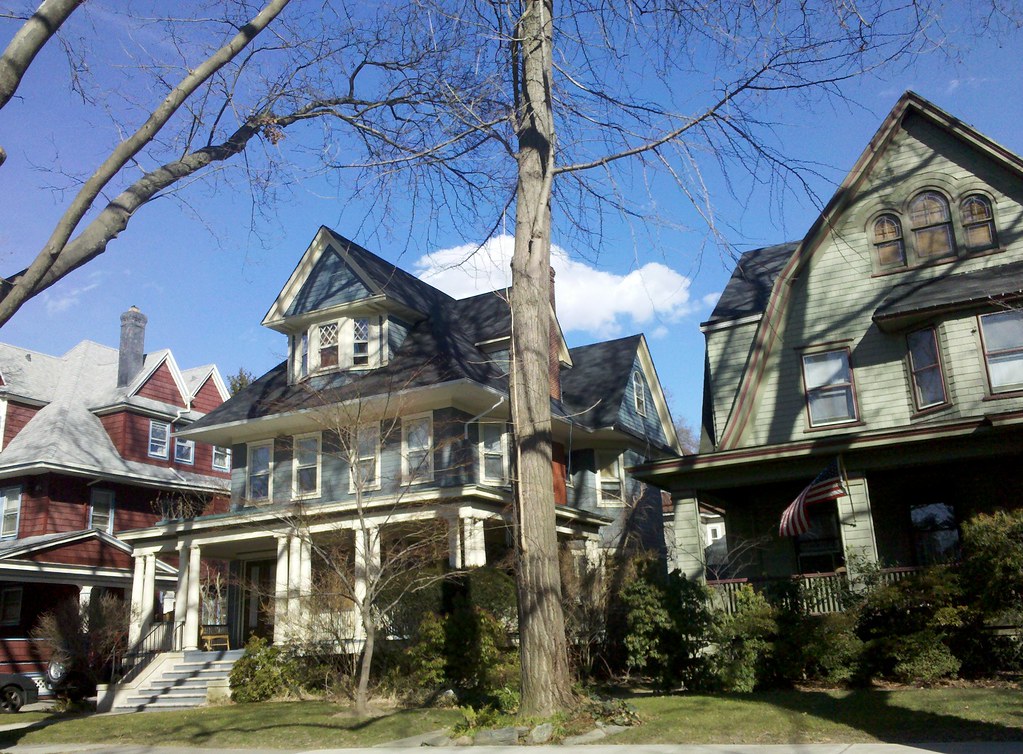 H on the Q 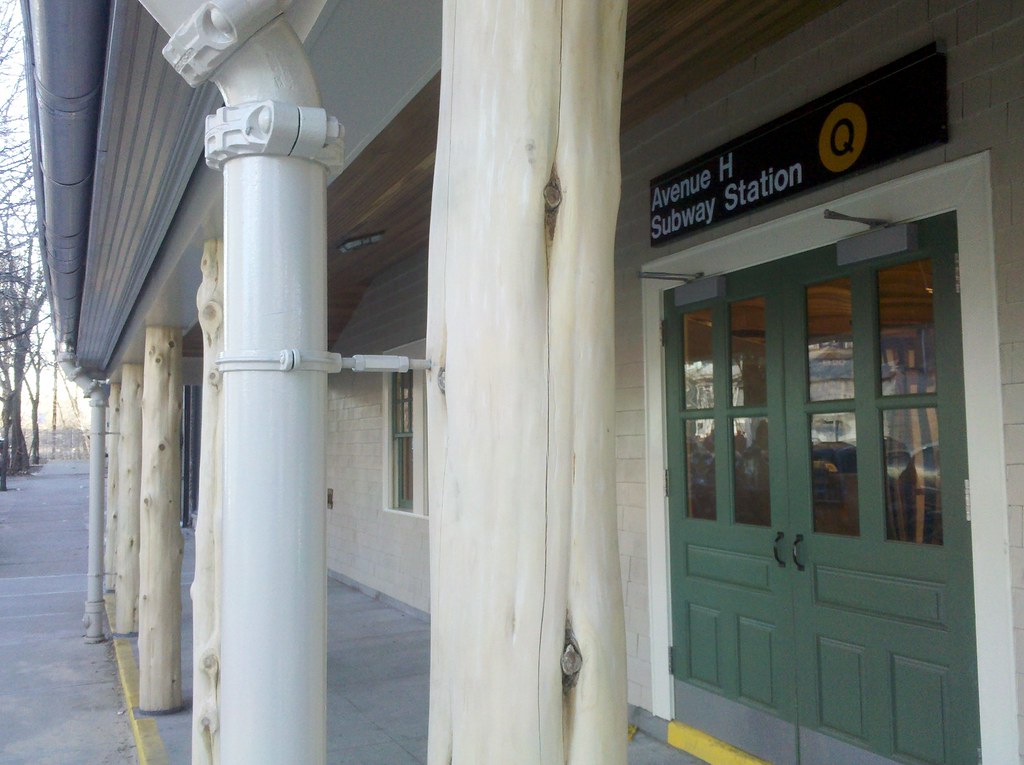 The Q train station at Avenue H was not originally built as a train station: it was a real estate office for T.B. Ackerson, one of the developers of Victorian Flatbush. Landmarked in 2004, it's one of the few remaining wood-frame station houses in the subway system. It is so quaint, in fact, that its porch roof is held up with honest-to-goodness log columns. Which, of course, raises the question: Why are there no rocking chairs?? 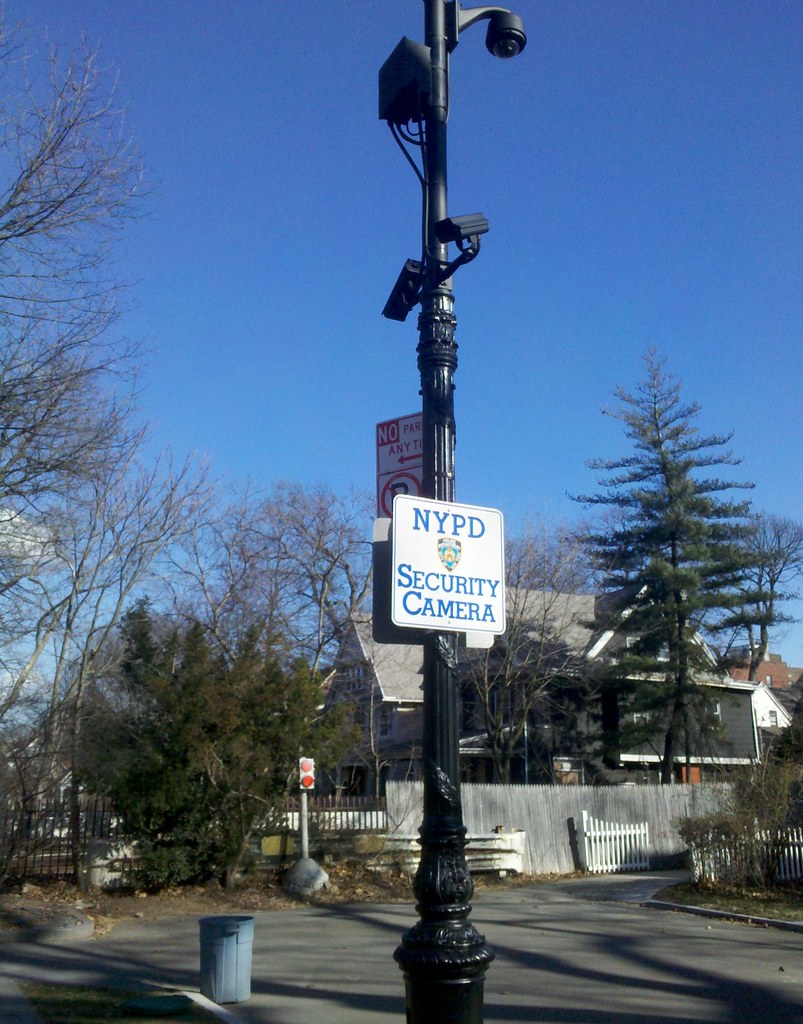 I was surprised to find this battery of NYPD security cameras guarding the quiet terminus of a leafy dead-end street here in Victorian Flatbush. One resident who was out walking his dogs told me they were installed as a response to people hopping the fence and walking along the subway tracks to the nearby station (less than a block from the right edge of this photo), thus avoiding paying the fare. While that explanation didn't seem totally implausible, it also didn't pass the smell test: the two directional cameras were both pointed away from the area where people would be climbing over the fence. In fact, they seemed to be rather conspicuously monitoring a house on the left side of the street. Further research reveals the real reason those cameras are there: that house is occupied by the NYPD's highly decorated Chief of Department! 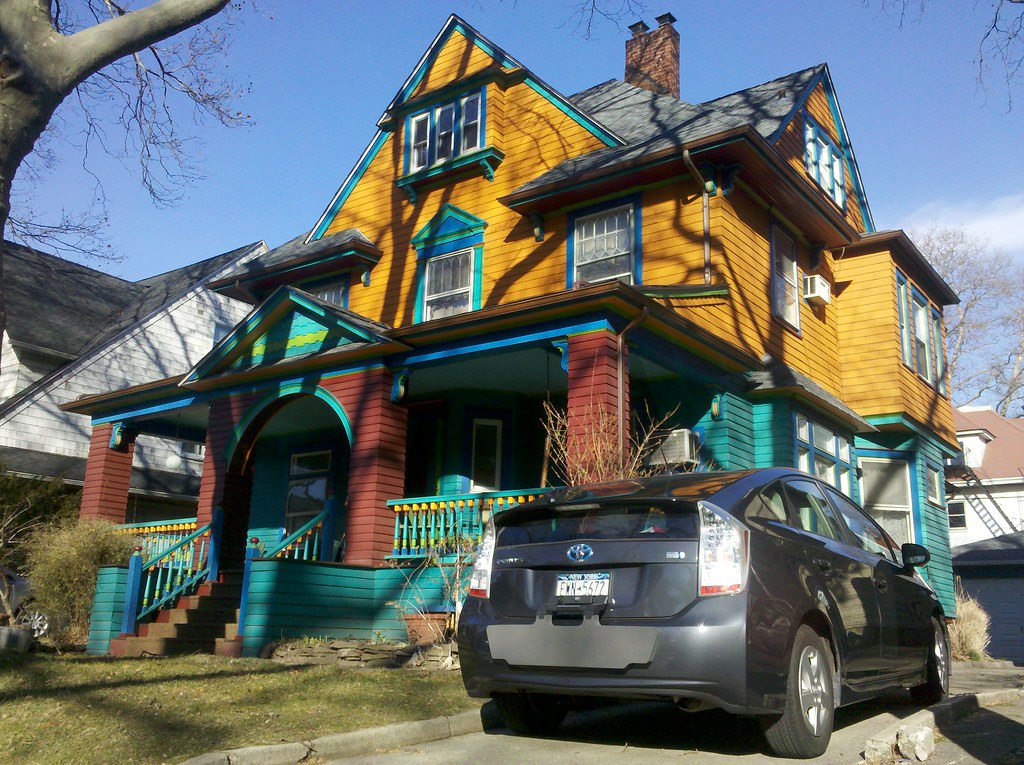 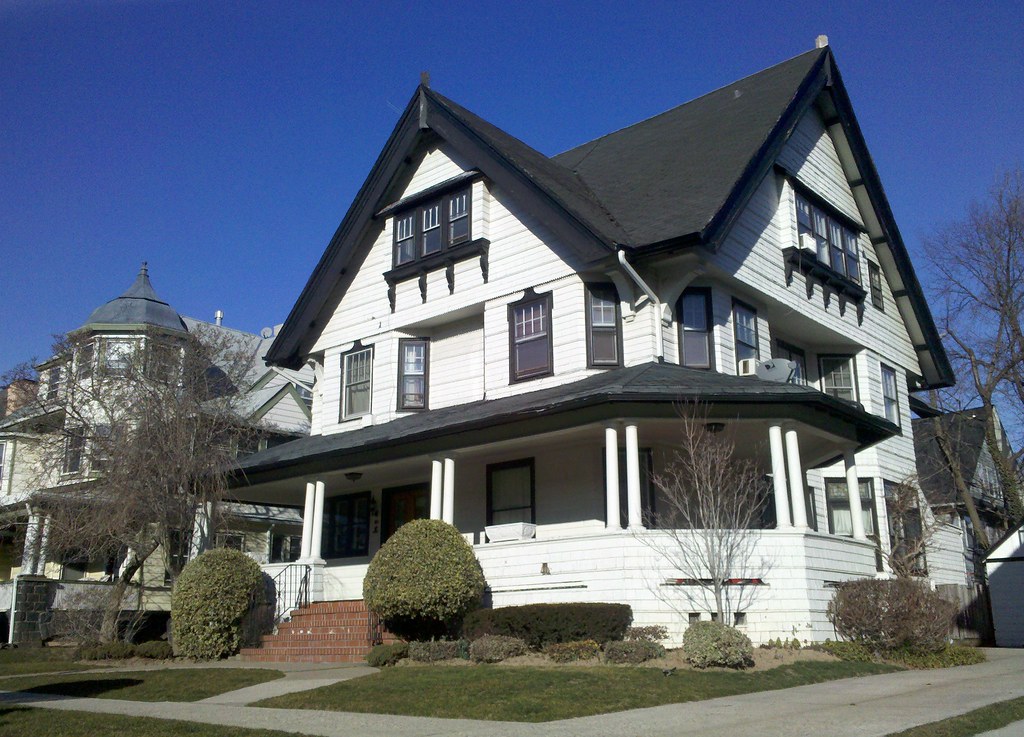 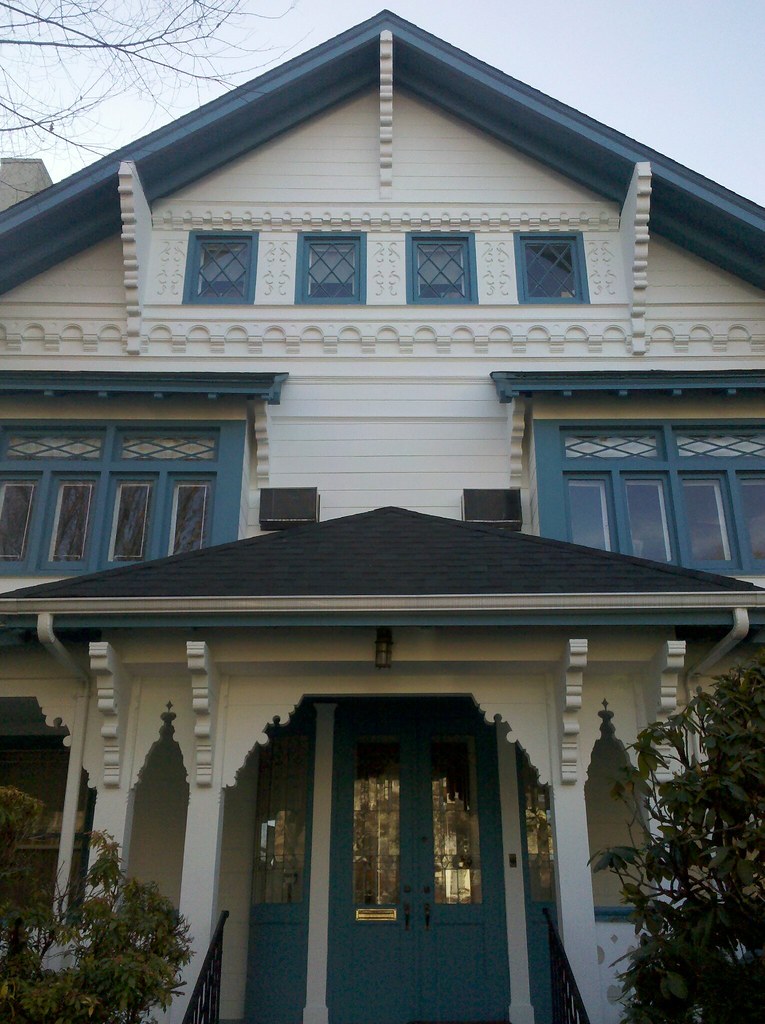 Giving MOMO a run for his money 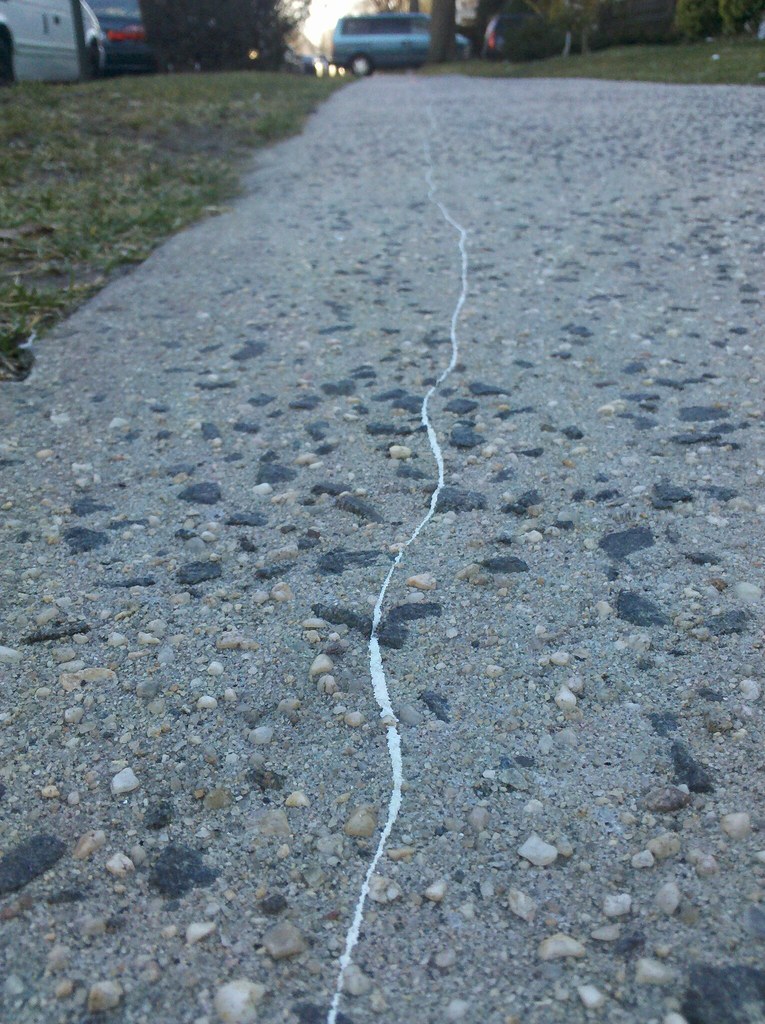 This must be the Brooklyn equivalent of MOMO's expansive tag of Manhattan.

Either that, or the guys working on the house down the block had a leaky can of paint. 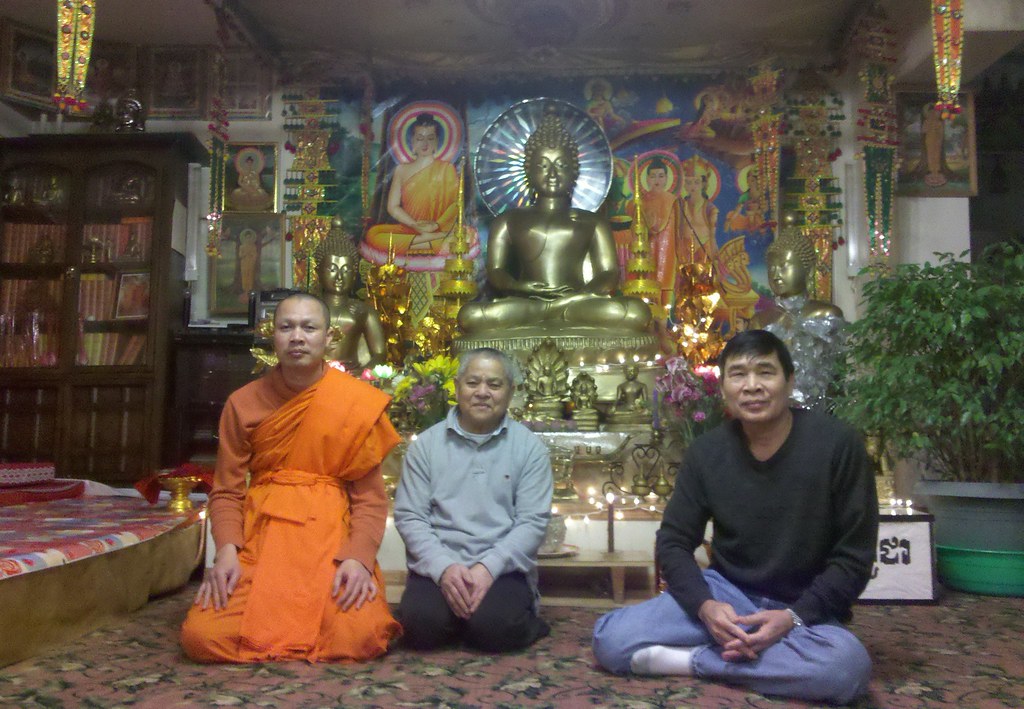 This is one of two Cambodian Buddhist temples in NYC, the other being Wat Jotanaram in the Bronx. I was surprised to find this temple sitting at the end of a block of large Victorian houses; in fact, the temple itself resides in one of those houses. Take a look!

The two gentlemen on the right were standing outside when I passed by. We struck up a halting conversation built on their modest English and my nonexistent Khmer. They invited me inside to see the sanctuary and meet the temple's monk (the gentleman on the left, in case you couldn't tell). Before I knew it, the conversation had turned toward my singlehood; the idea of fixing me up with a Cambodian girl was proposed and roundly lauded by my new friends.

However, before I had a chance to unwittingly and irrevocably signal my matrimonial intentions with an absentminded gesture, like in some bad movie, the clock struck four: it was time to pray. For the next forty-five minutes, the five of us (there was one older woman, as well) sat on the floor in the same asymmetrical pose that the fellow on the right is holding in this picture (occasionally switching legs), with hands raised, palm-to-palm, at chest level. My companions sang what was essentially one continuous chant, which sounded something like this. Even for a total outsider, it was quite entrancing at times.

Before I left, they invited me to attend their three-day-long Khmer New Year's celebration in April. As it happens, I will be out of town for those very same three days. But hey, there's always next year — and I'll still be walking then, after all! 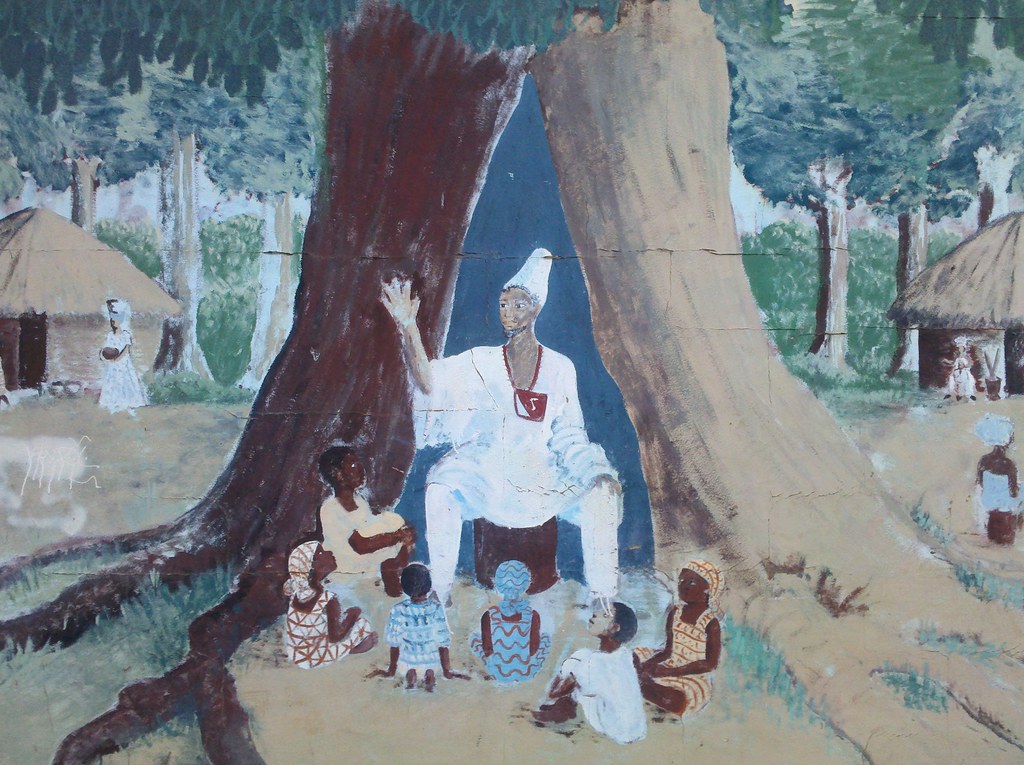 was that this is a metaphor for racial harmony. But, upon closer inspection, I think the sun's just shining on one side of an enormous, hollowed-out tree. 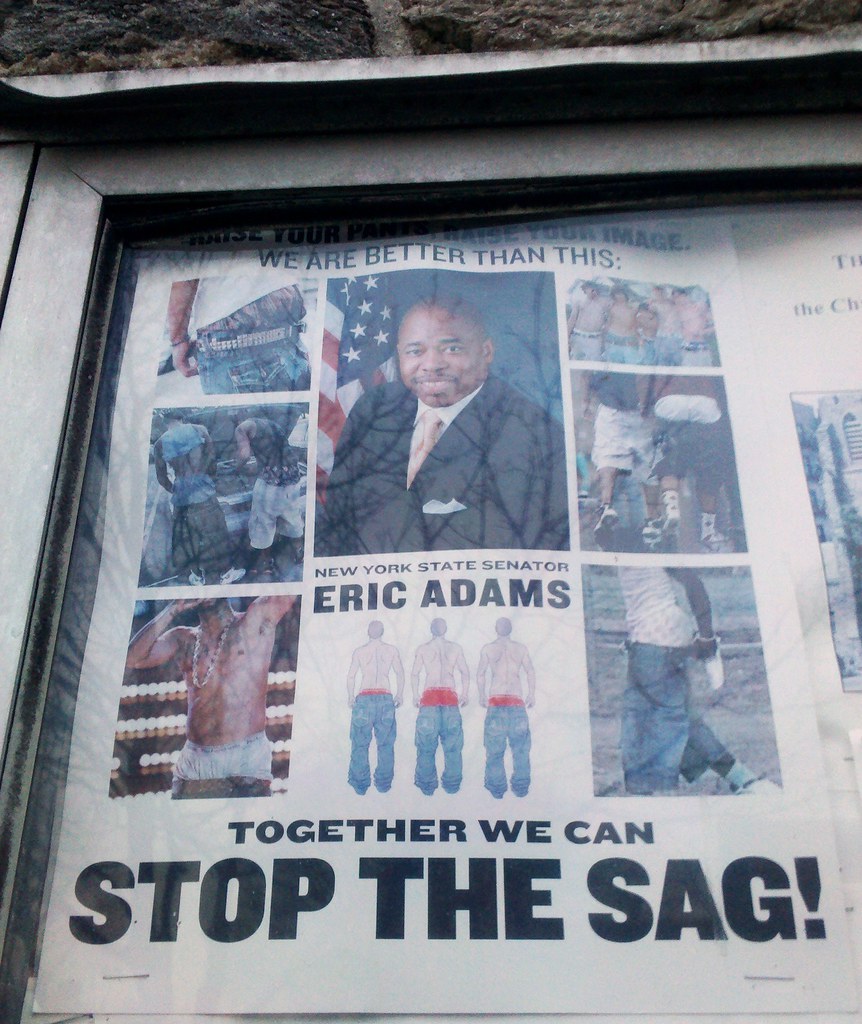 From a distance, I thought this was some kind of protest against the Screen Actors Guild. It is in fact part of State Senator Eric Adams's campaign against droopy drawers.