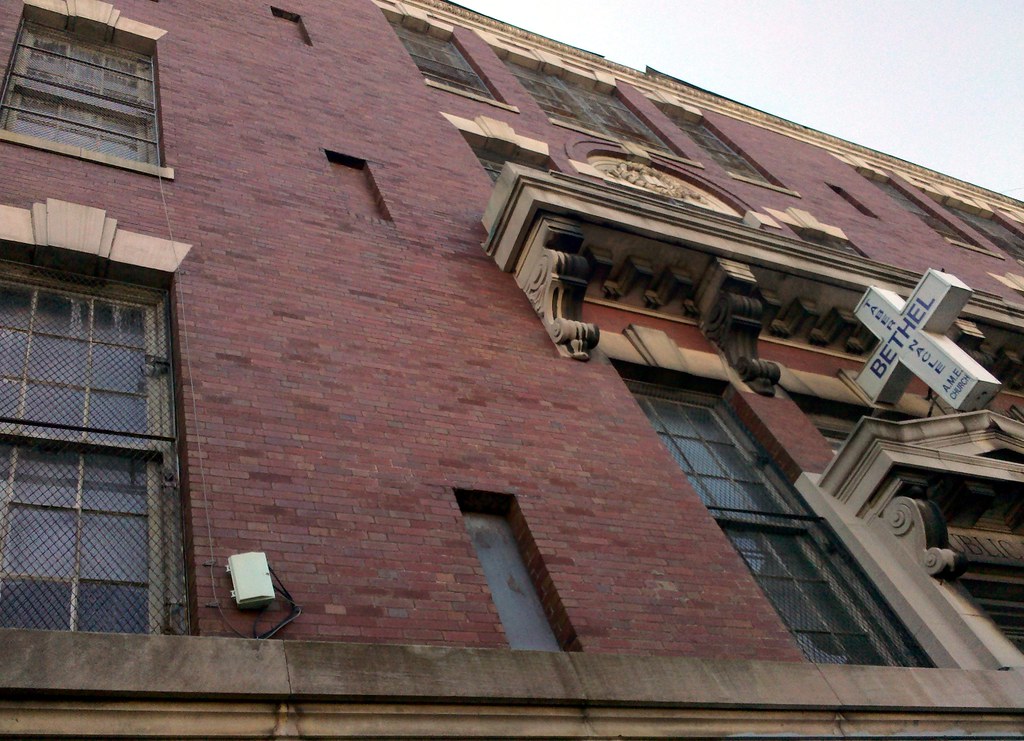 The original building that stood on this site was an African Free School, later renamed Colored School No. 2 after becoming part of Brooklyn's public school system. In 1893, it merged with the all-white PS 83 to form Brooklyn's first integrated school, with a racially mixed administration, faculty, and student body. The building you see here, constructed as a replacement for the original PS 83 building, was purchased from the city in 1978 by Bethel Tabernacle, one of the original churches of the Weeksville settlement. It was an expansive addition for the church, sure, but it had its drawbacks, too: the food was terrible and you needed a hall pass to use the bathroom. The church, whose main building is across the street, still owns this property, although they haven't used it in years. 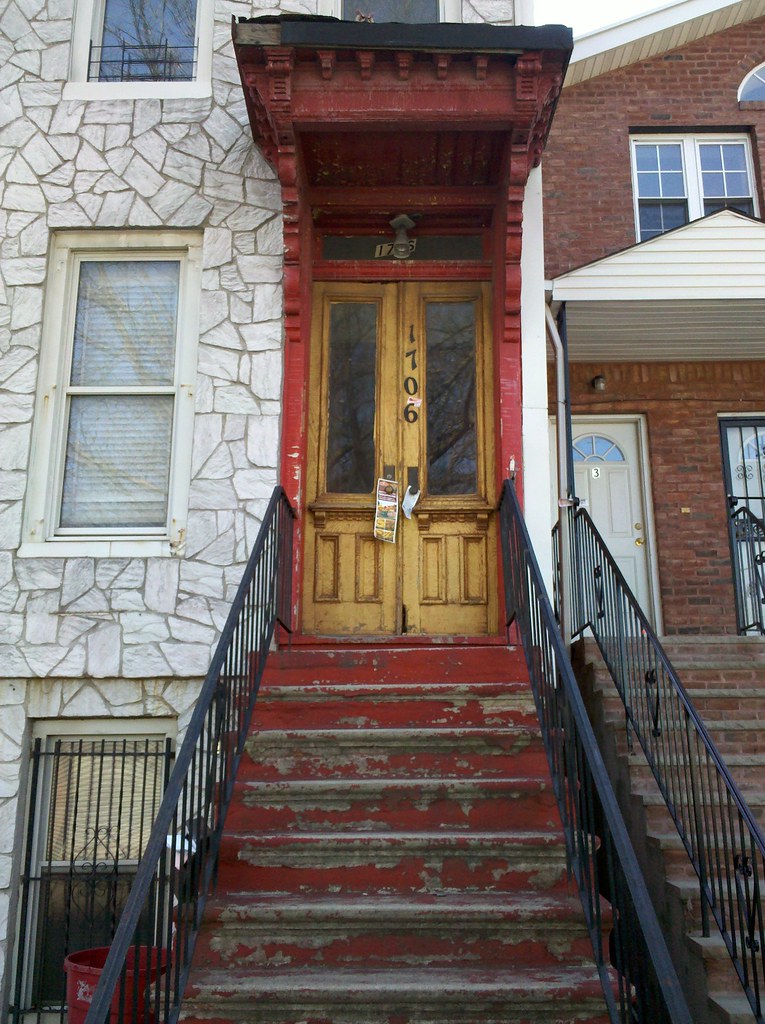 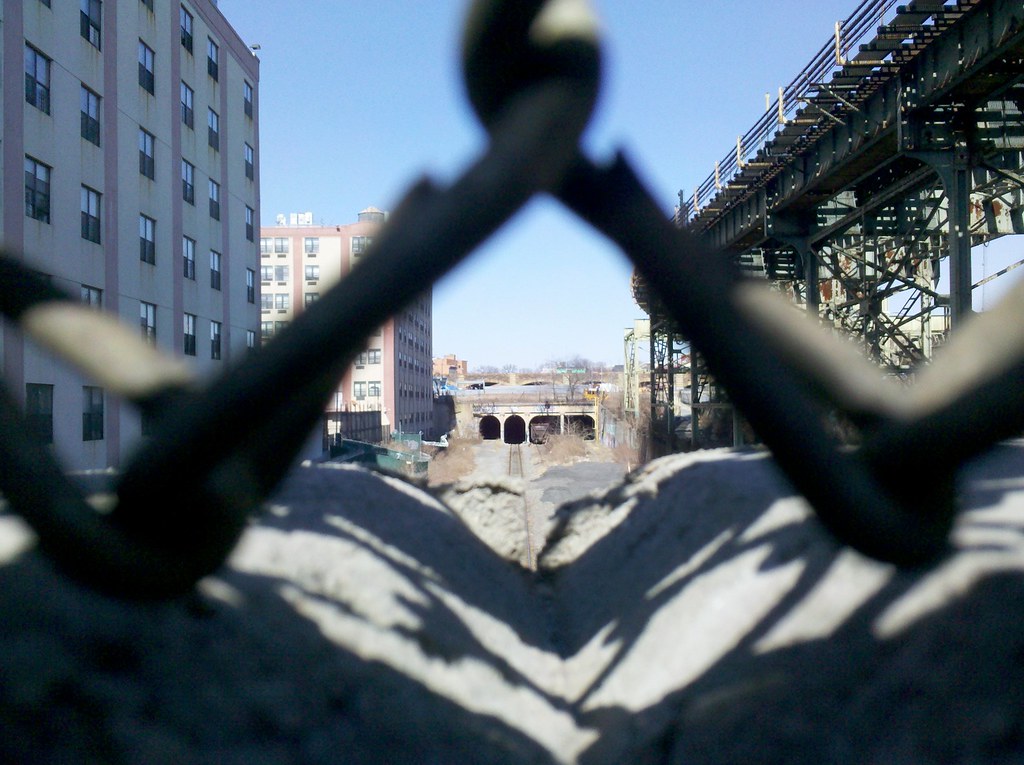 This tunnel carries the Bay Ridge Branch beneath the previously encountered LIRR station. 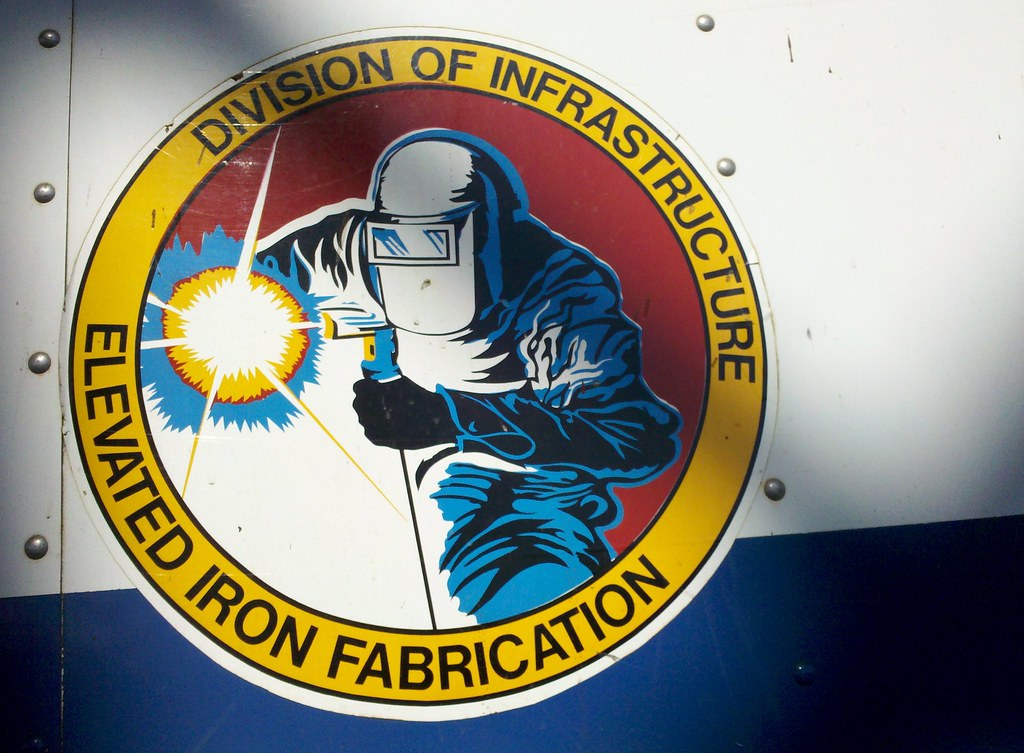 The Transit Authority has a number of obscure subdivisions, about which very little public information seems to exist. The only reason I'm aware of them at all is that I will occasionally come across the name of one on a work truck or a door in the subway system or something like that. In my experience, they often have excellent logos, and Elevated Iron Fabrication is certainly no exception. Today the EIF crew, just out of frame to the right of the previous photo, was doing some structural rehabilitation on the elevated Canarsie Line. 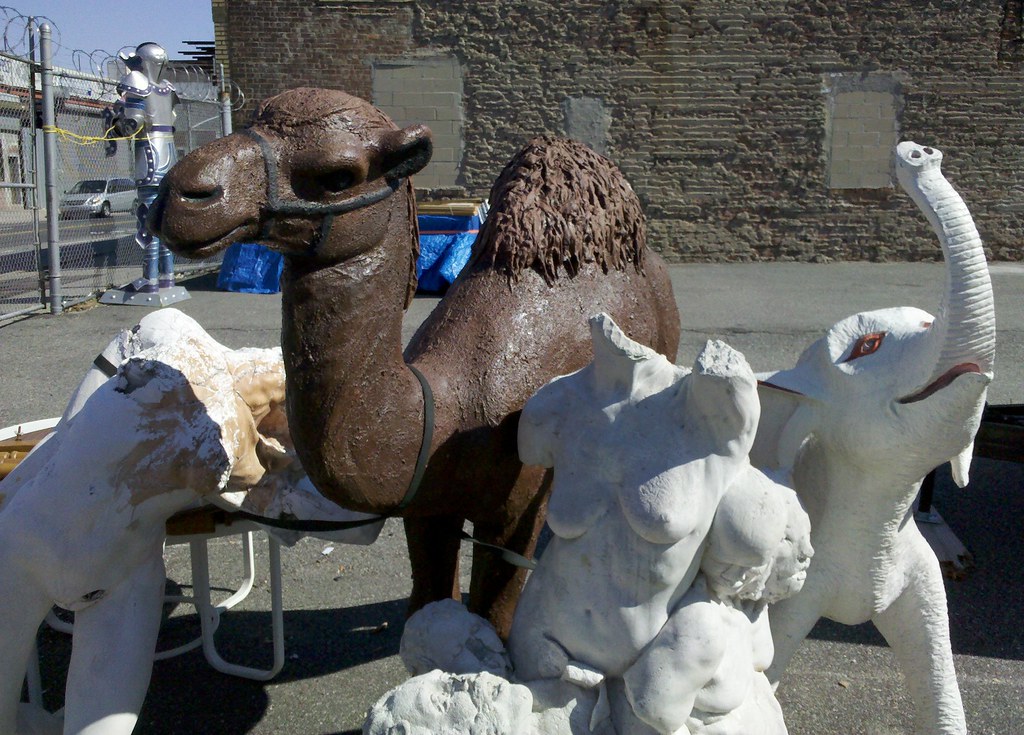 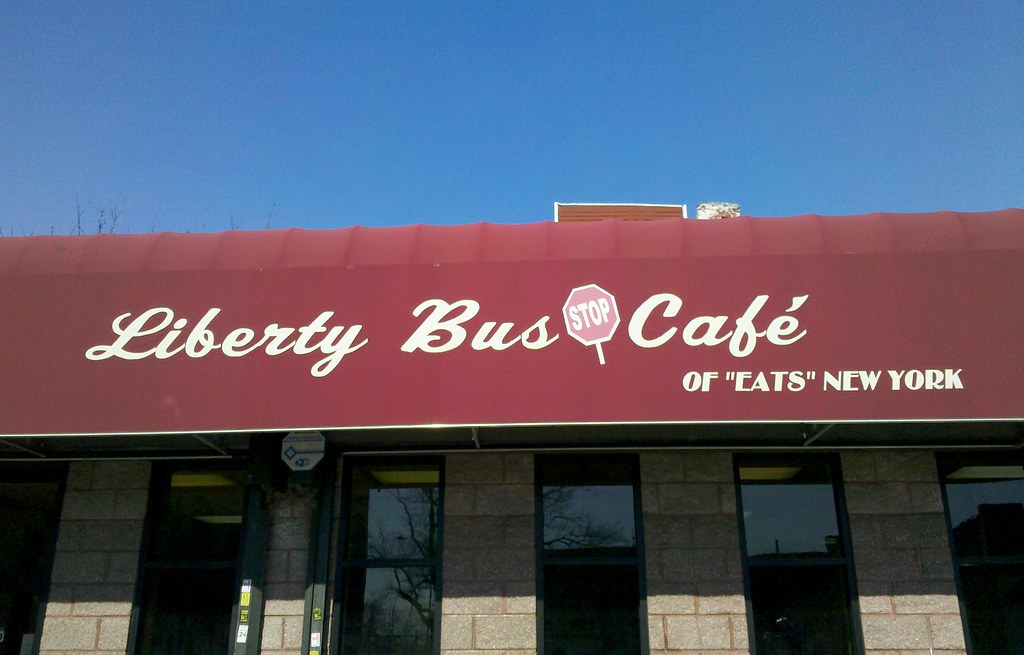 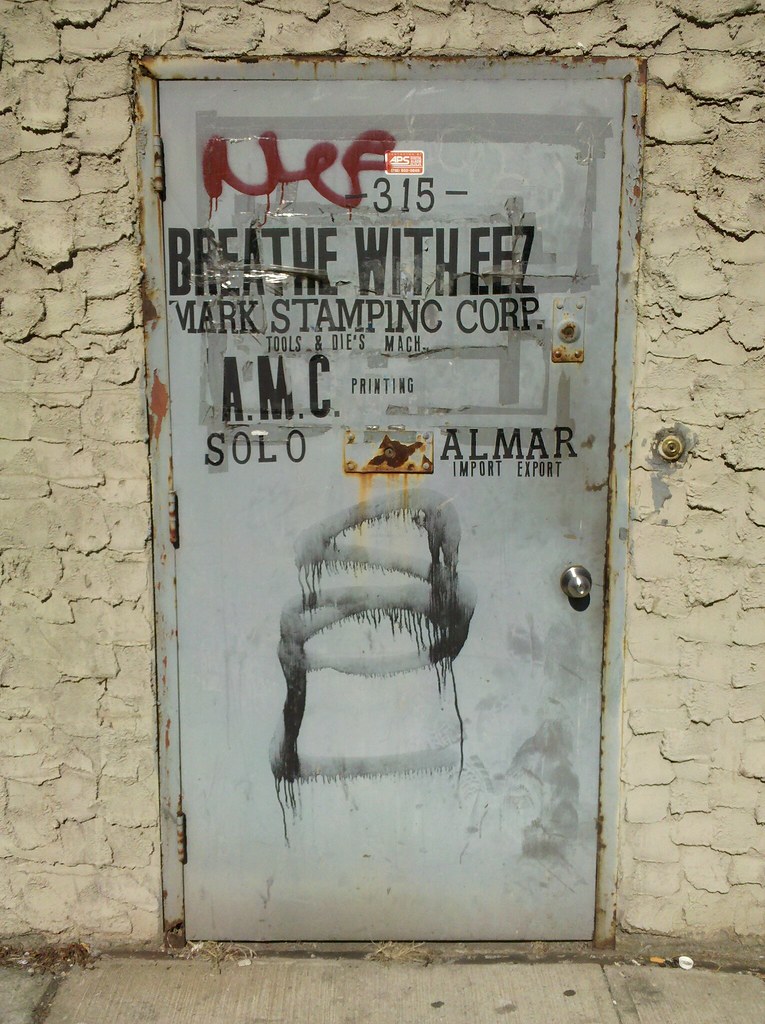 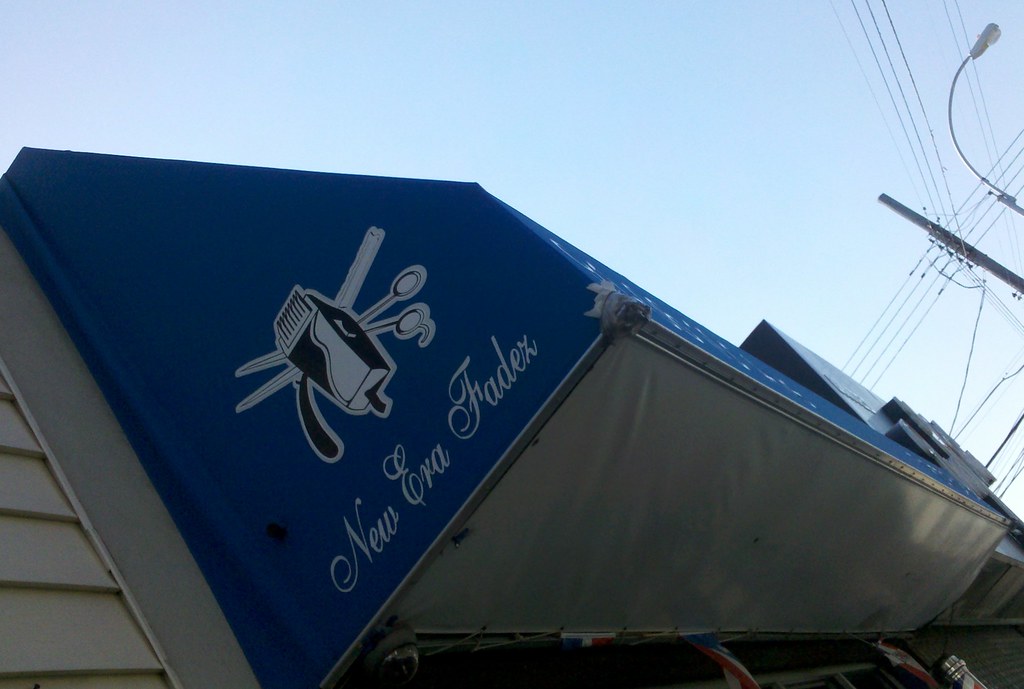 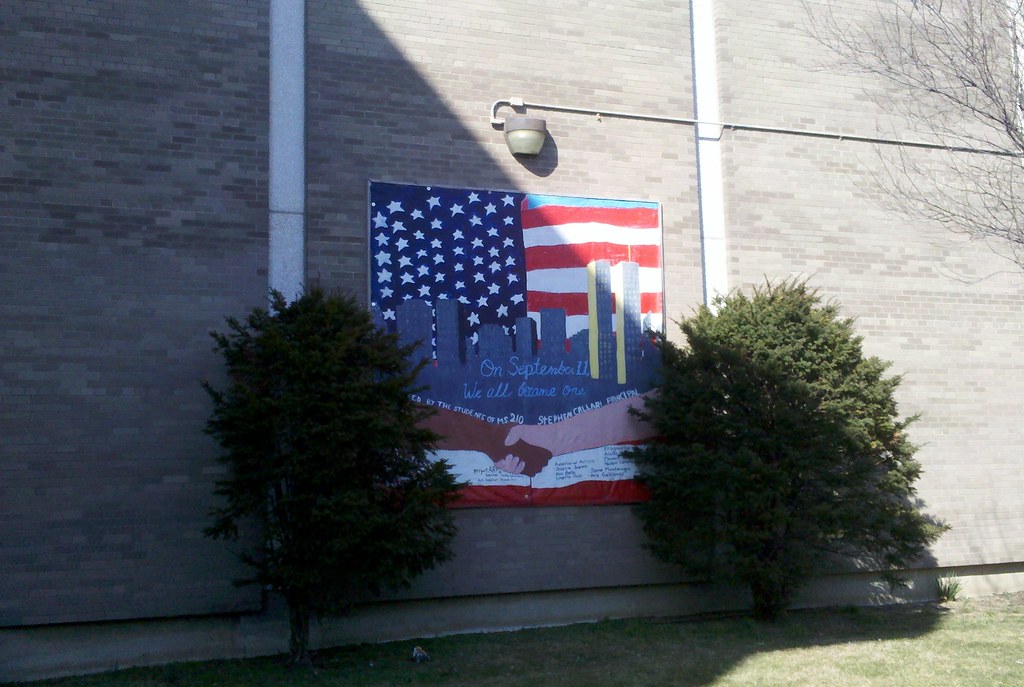 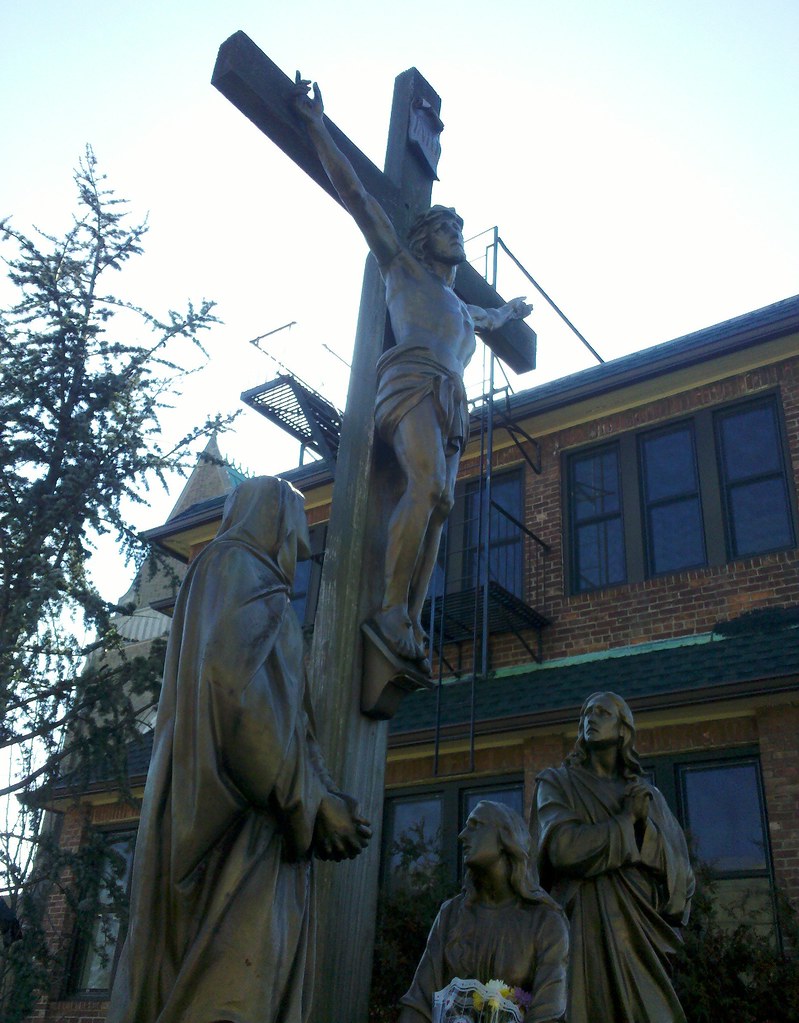 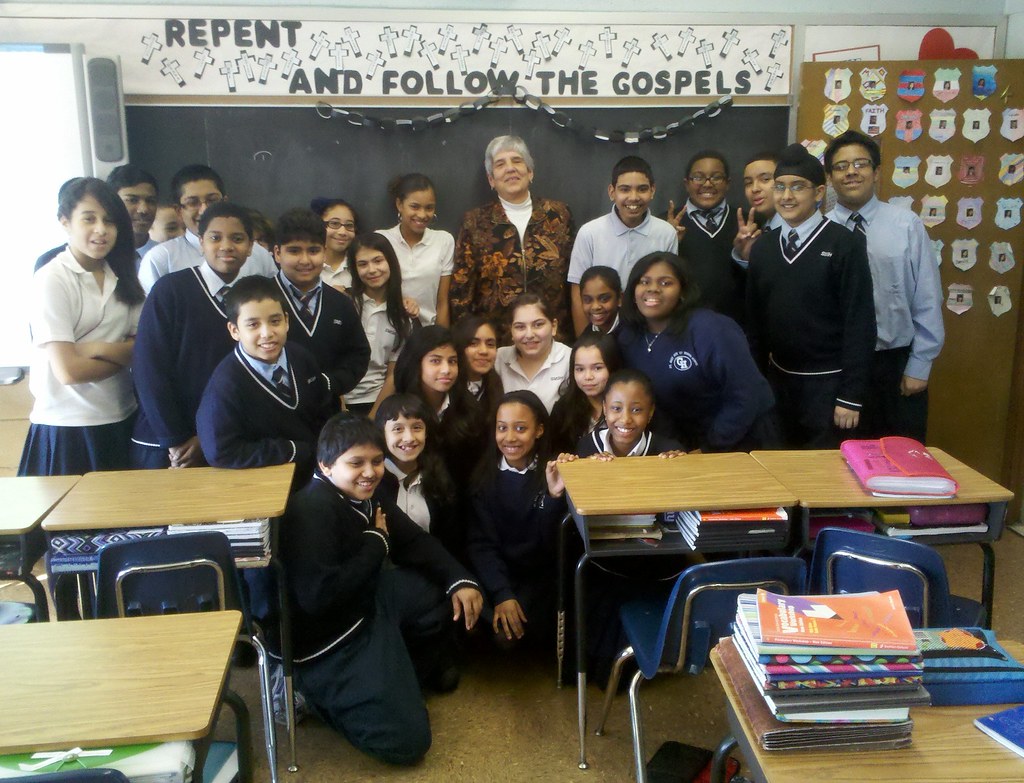 Benita Brucia, a teacher at St. Mary Gate of Heaven School in Ozone Park, wrote to me back in January asking if I would come talk to her class whenever I happened to walk by. Well, today was whenever! Her kids were shockingly well-behaved, asked lots of good questions, and sent me off with a bag full of parting gifts (some of which I am eating as we speak). 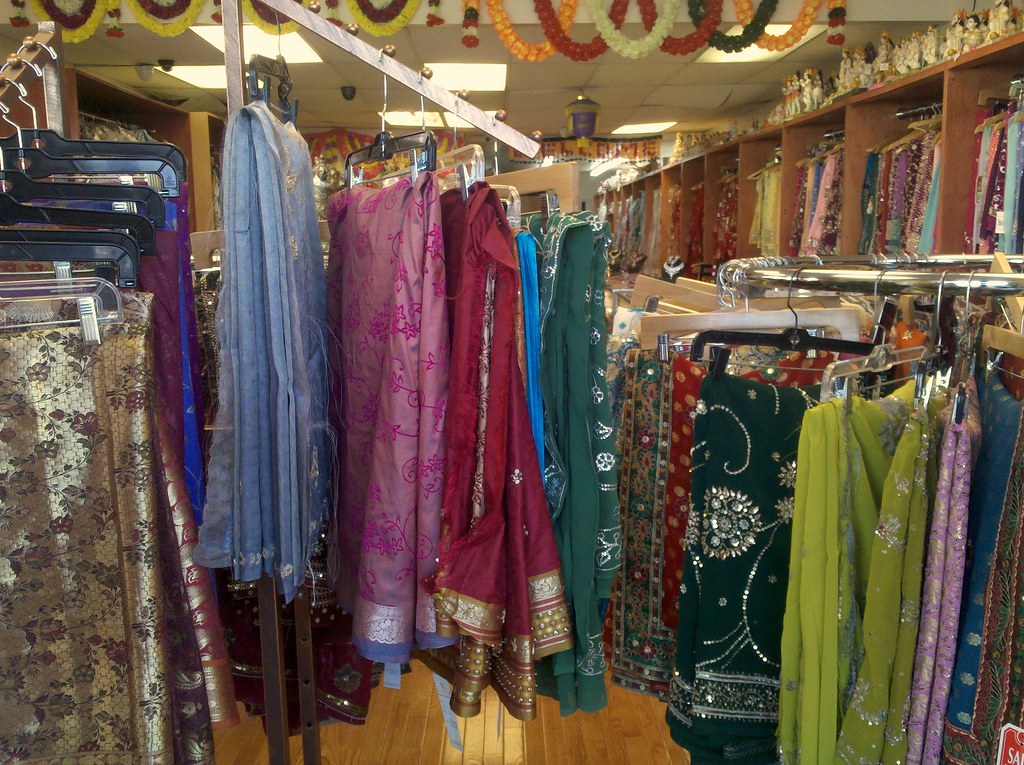 There is no shortage of these vibrant garments along 101st Avenue in South Richmond Hill. 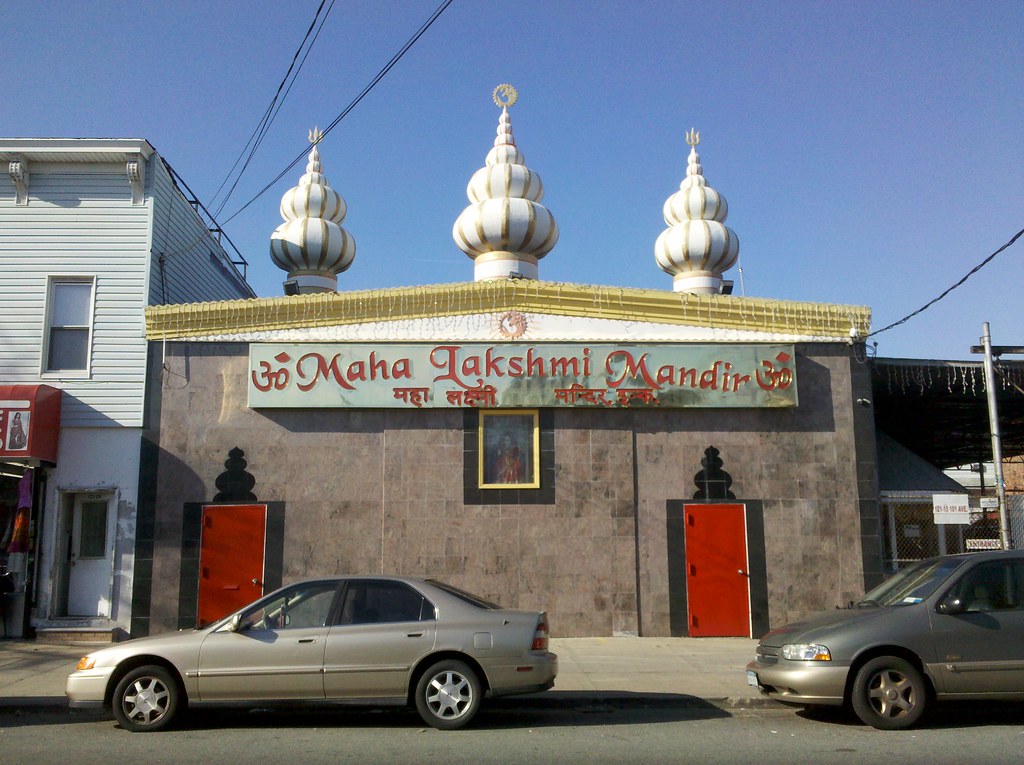 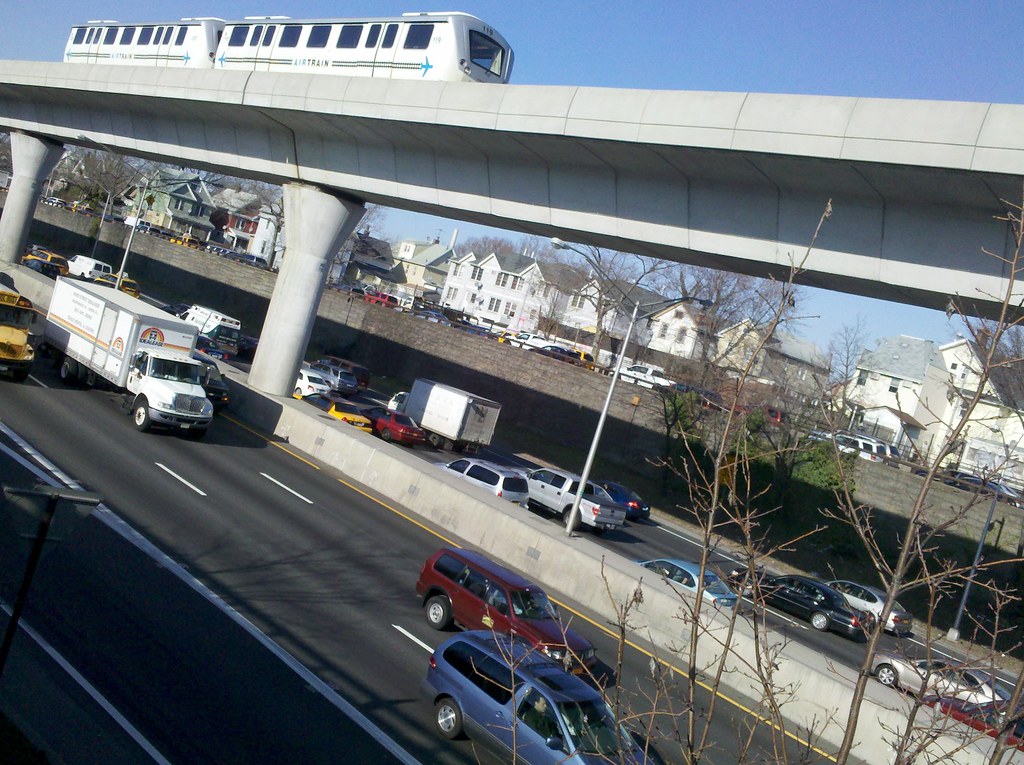 Soaring over the Van Wyck on the way to JFK 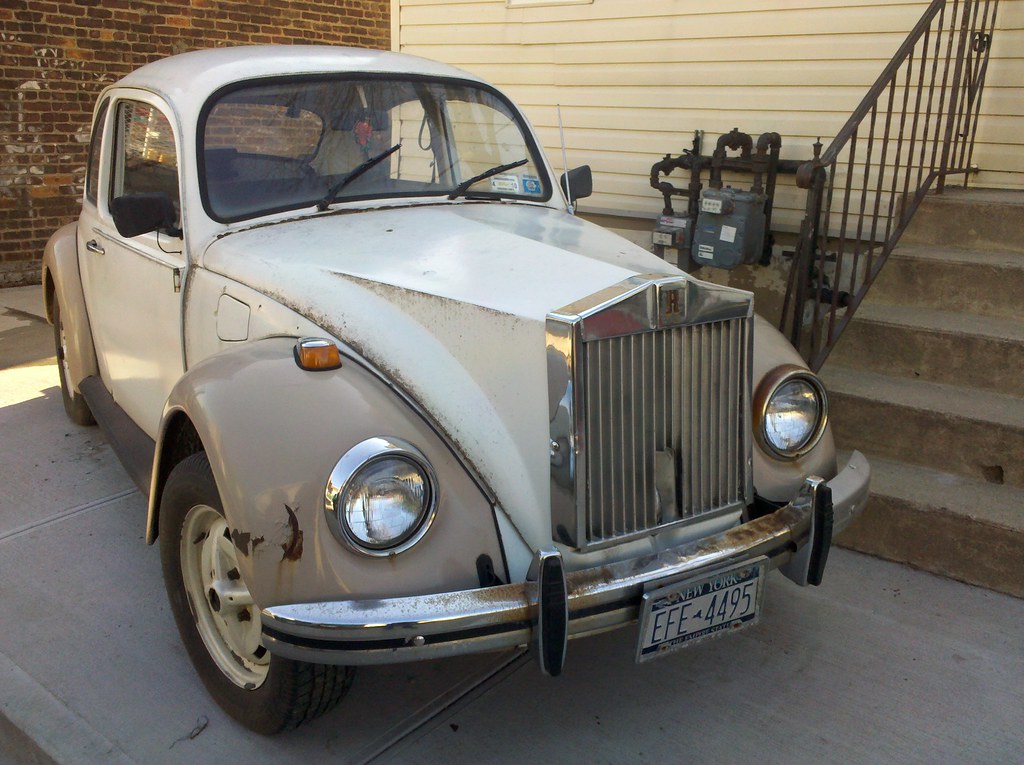 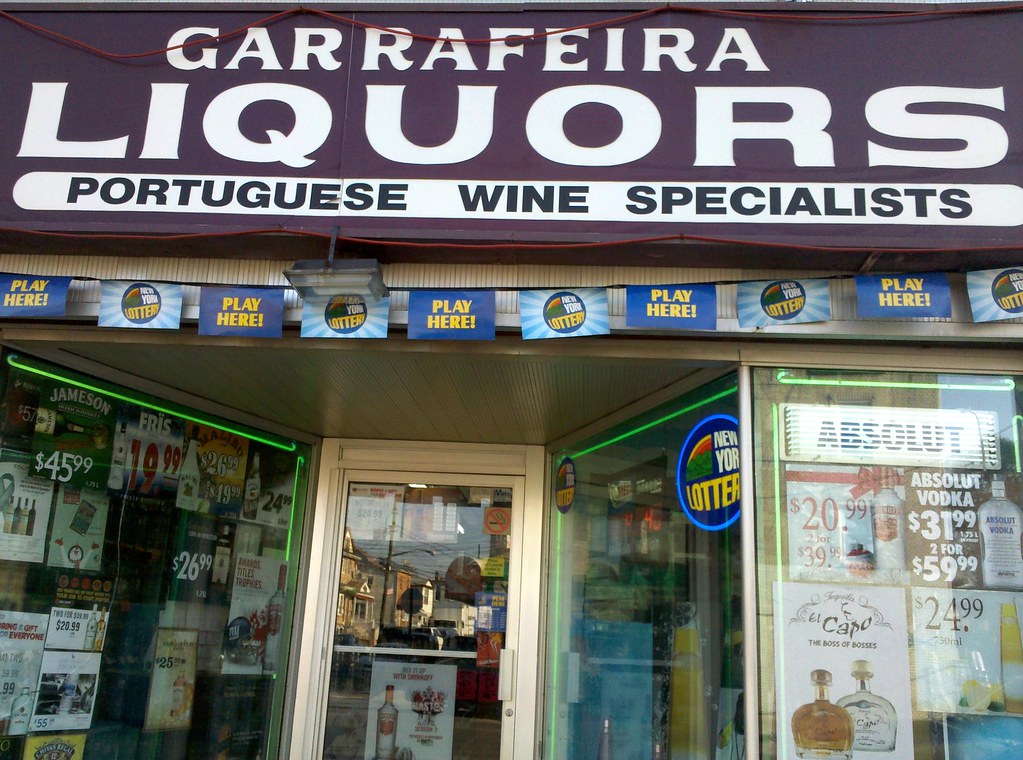 I was surprised to find that there's a little collection of Portuguese businesses out here in Jamaica, Queens. 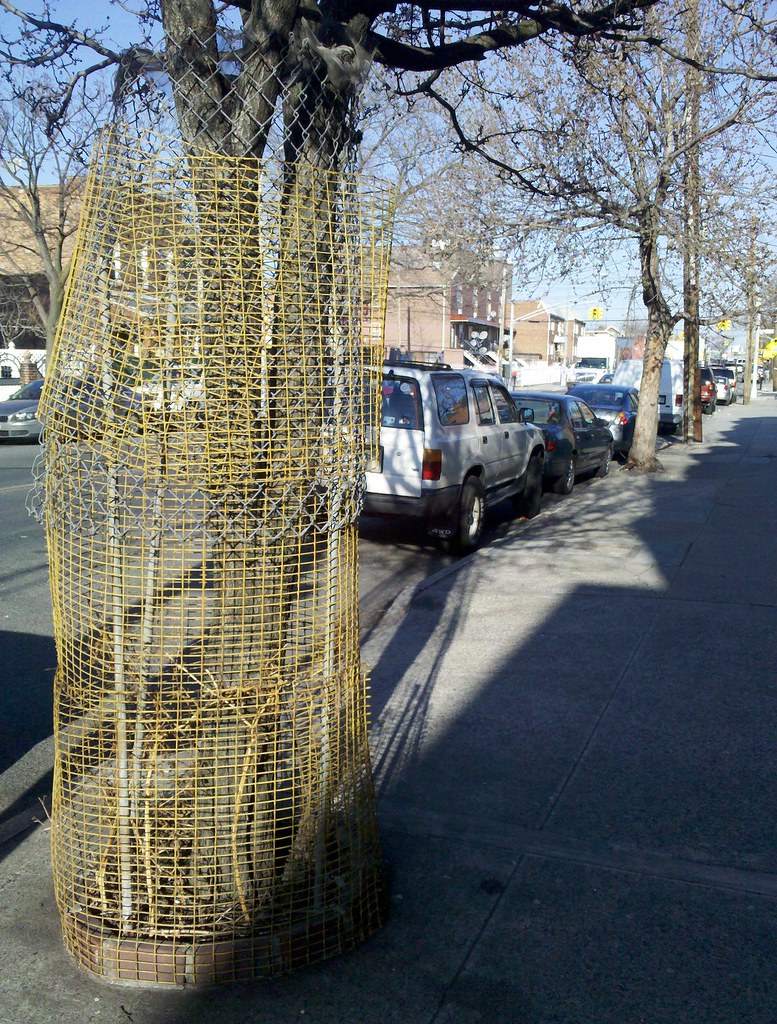 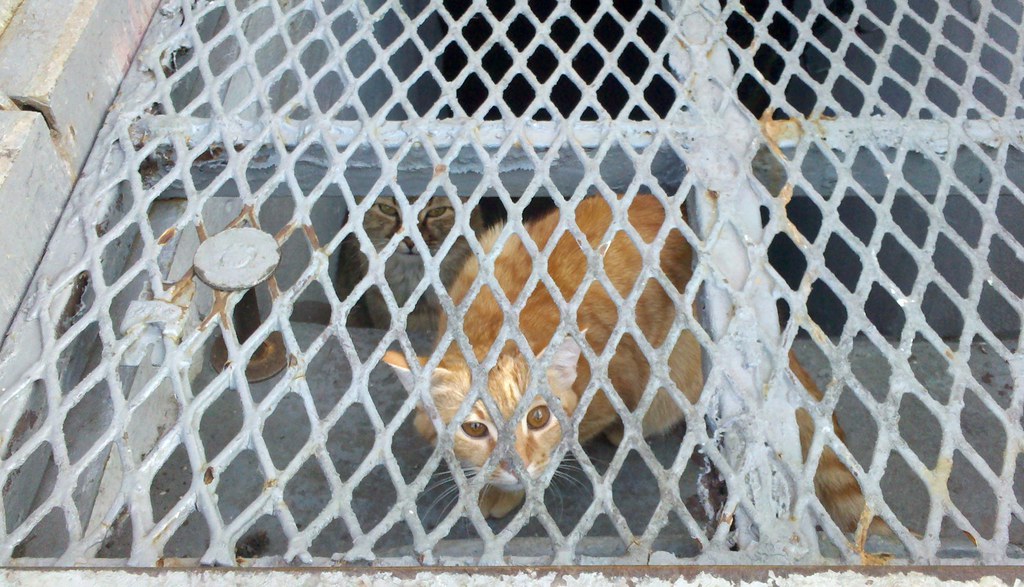 These bodega kitties are taking a break from their rodent-maintenance duties to enjoy some fresh air atop the basement stairs. There was a third cat sitting on the grate, but he ran away before I could snap a picture. 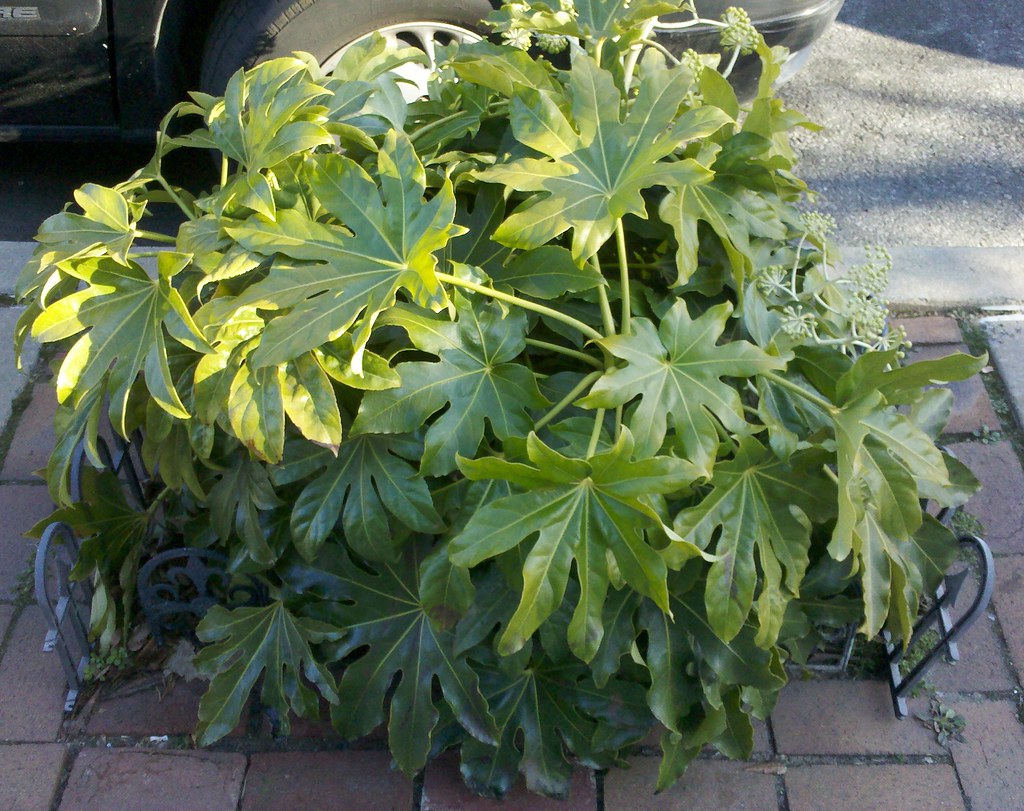 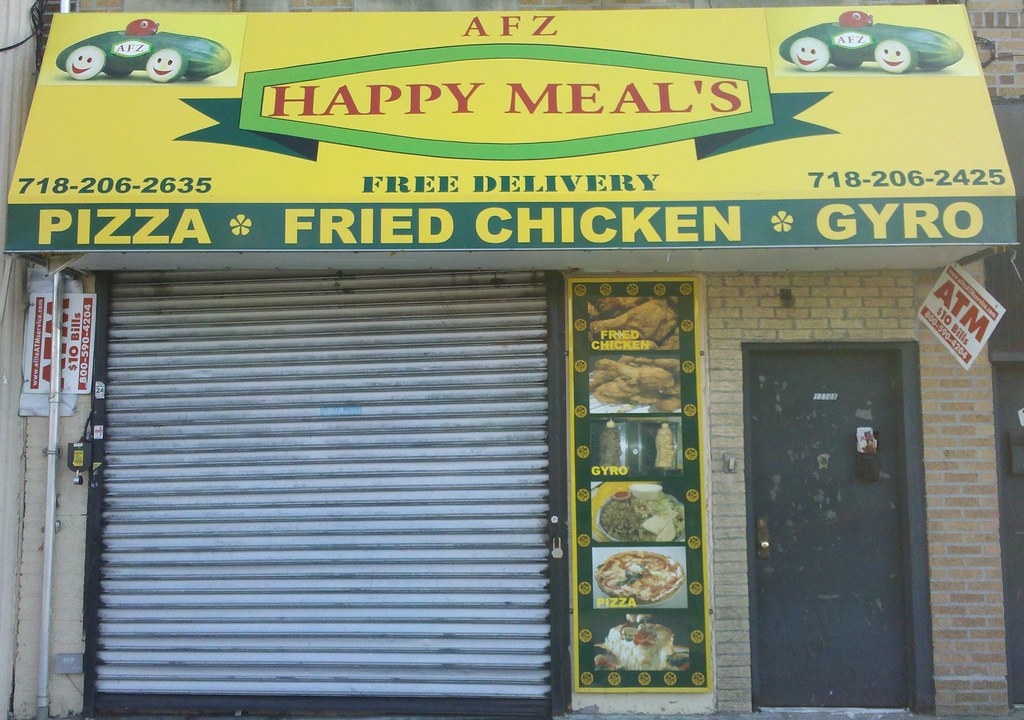 It's a cucumber car with happy cucumber wheels driven by, I believe, a grape tomato monster. The rest of the signage, however, indicates that the logo may be overrepresenting the amount of fresh vegetable matter available on the menu.