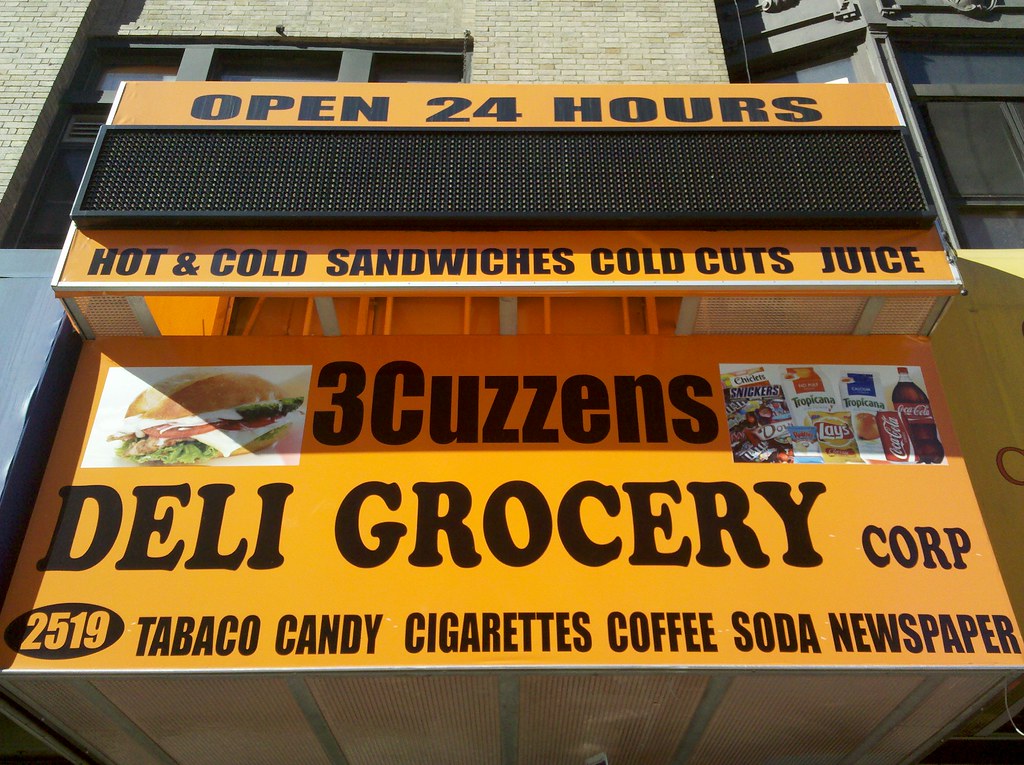 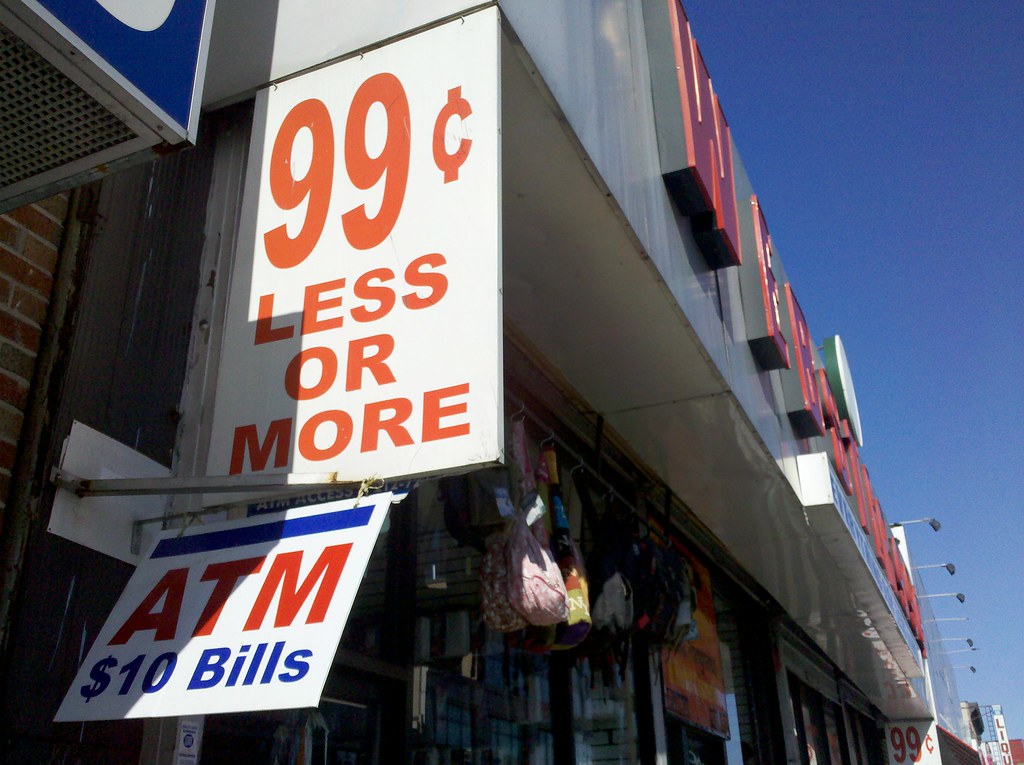 is that nothing in the store costs 99 cents.

We have no keys to heaven 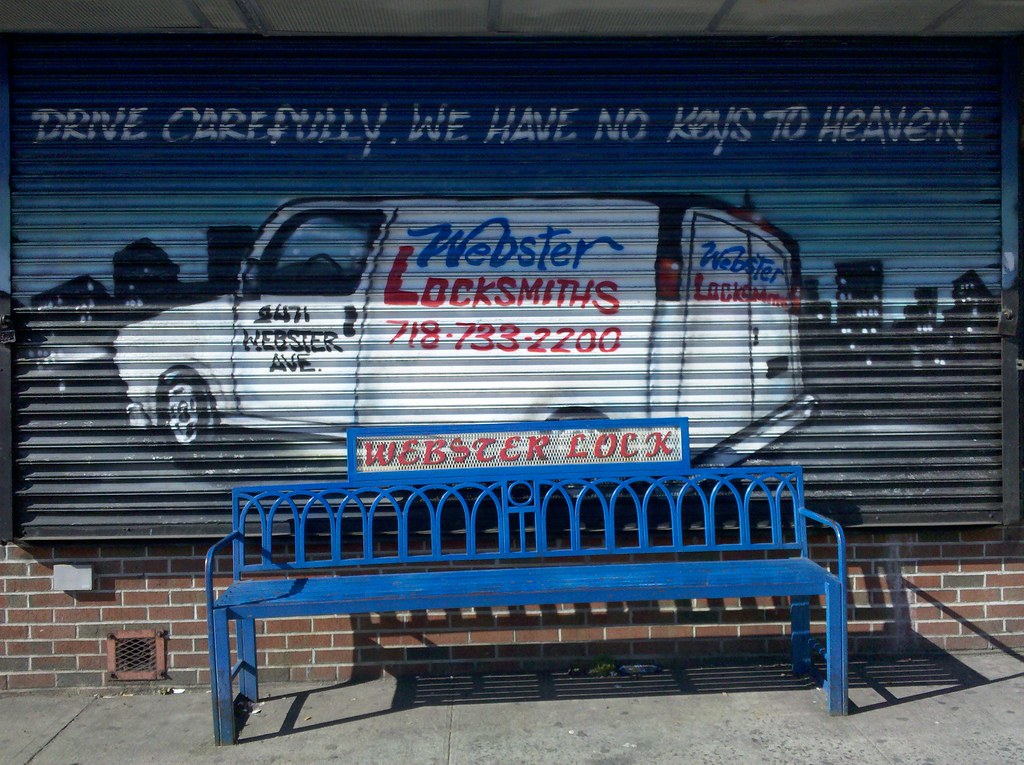 Not as original as I thought 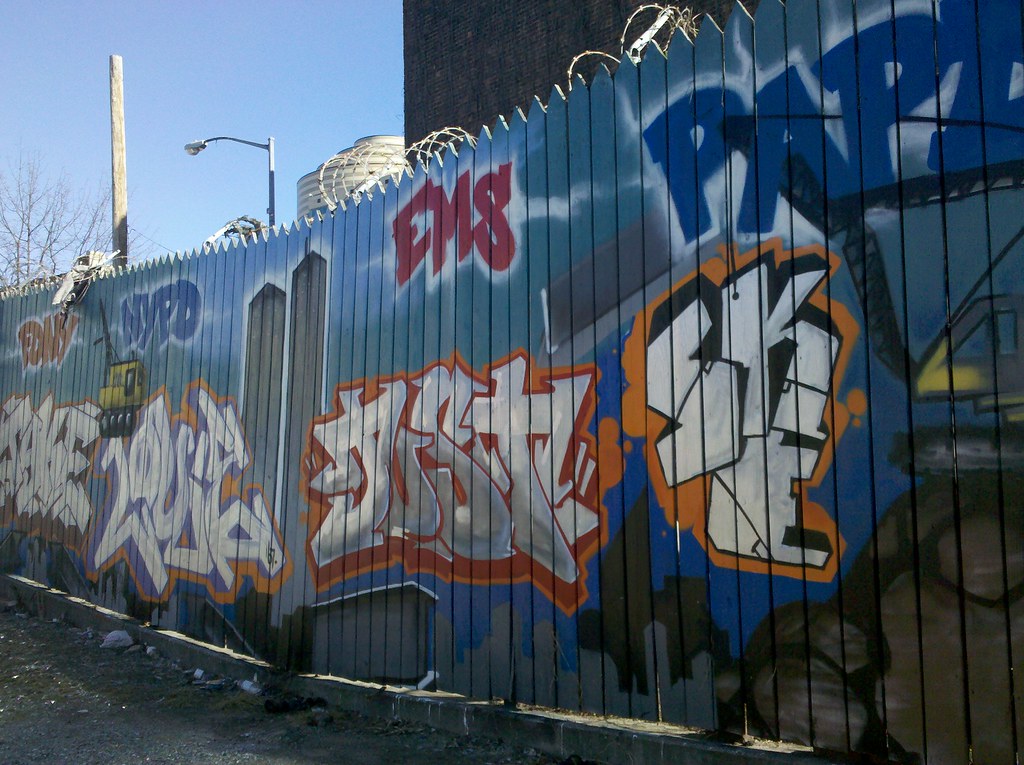 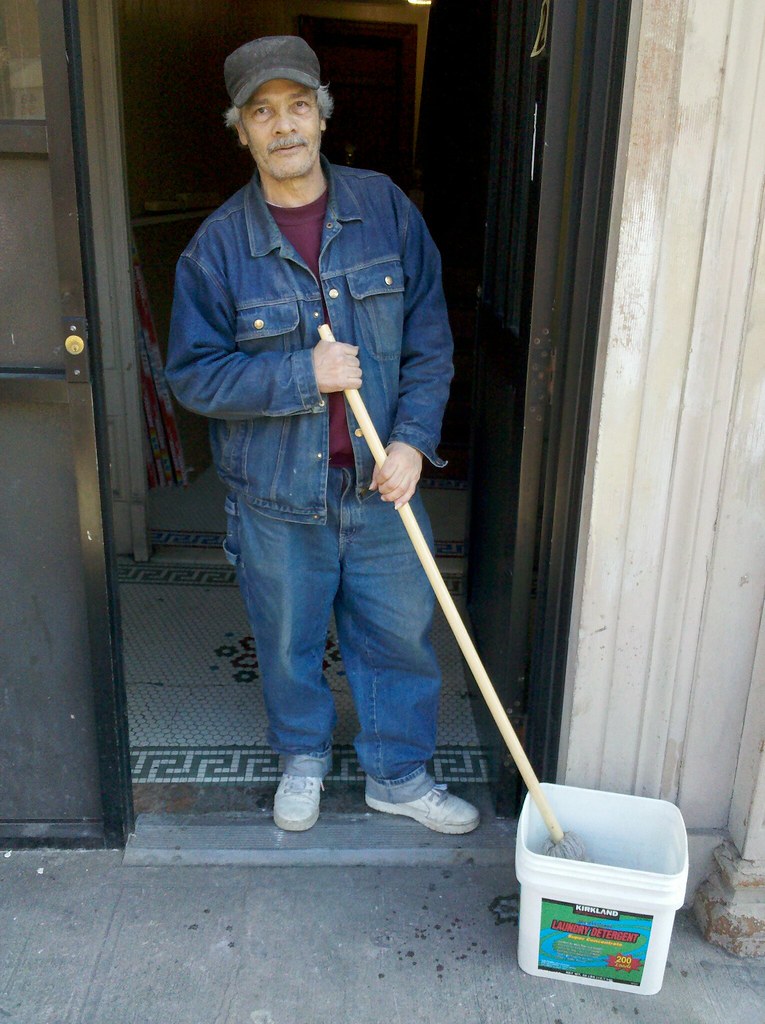 I was taking a picture of another "adequate wiring" sign when Eddie, the super, stepped outside. I asked him if he knew how old the sign was. He did know, and he told me. And then he told me 20 million other things. Including:

He was born in Puerto Rico, but moved here to Webster Avenue when he was just a few years old. He and his family were the first Puerto Ricans to move into the neighborhood, and he's witnessed all the changes that have happened since then. He pointed out where the candy store used to be, and the Italian bakery (he loves Italian bagels), and the synagogue. He talked about the trolley line that used to run down Webster Avenue, and he told me about the 1970s, when a cop was shot in the playground down the block, and when he himself was shot and stabbed. He's taken and collected decades of photos of the neighborhood, which I'd love to see sometime. People have asked him if they could buy the old sign I was photographing, but he wants it to stay up on the wall, just as a little trace of the past. (I've forgotten how old he said it was.)

When I asked if I could take his picture, he said I would have to wait until he mopped the foyer, because he didn't want there to be a dirty floor in the picture. He also has a really nice smile, but insisted on keeping a straight face in the photo because he doesn't want anyone seeing his missing teeth. 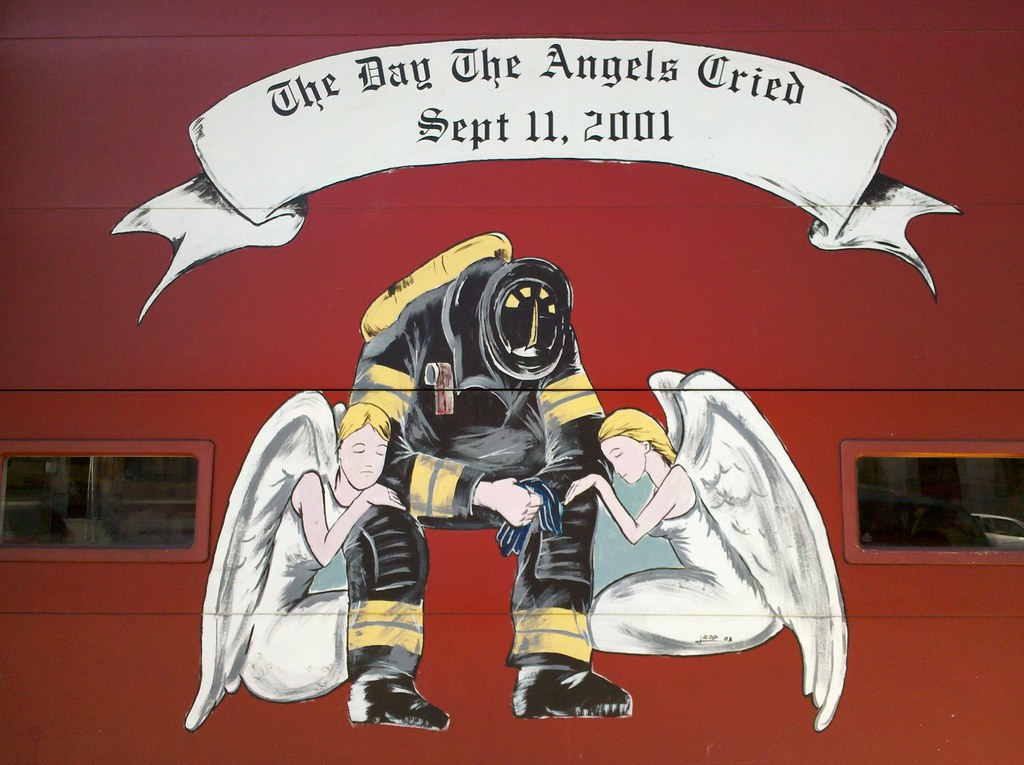 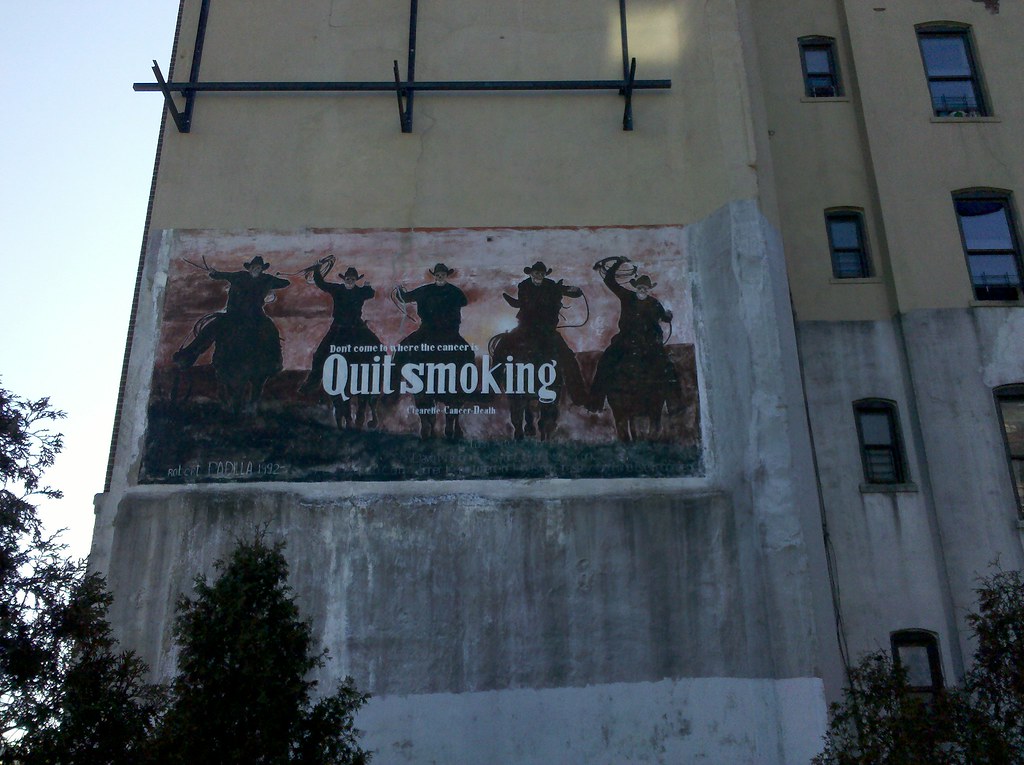 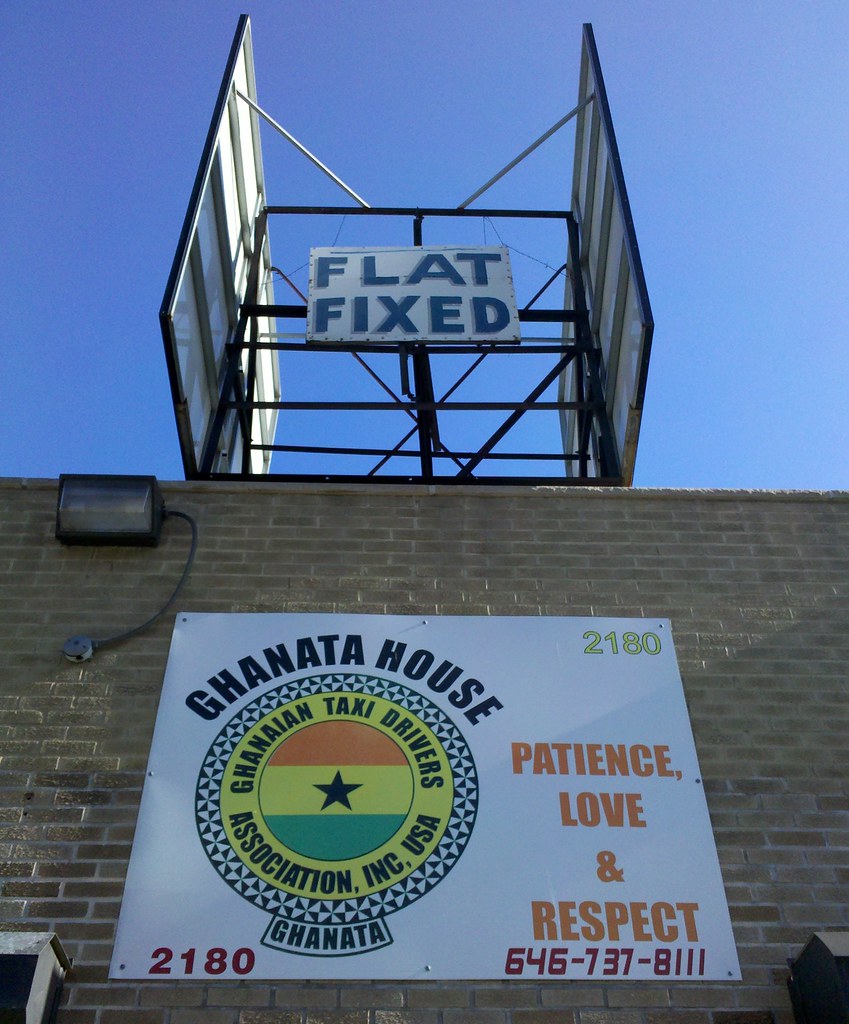 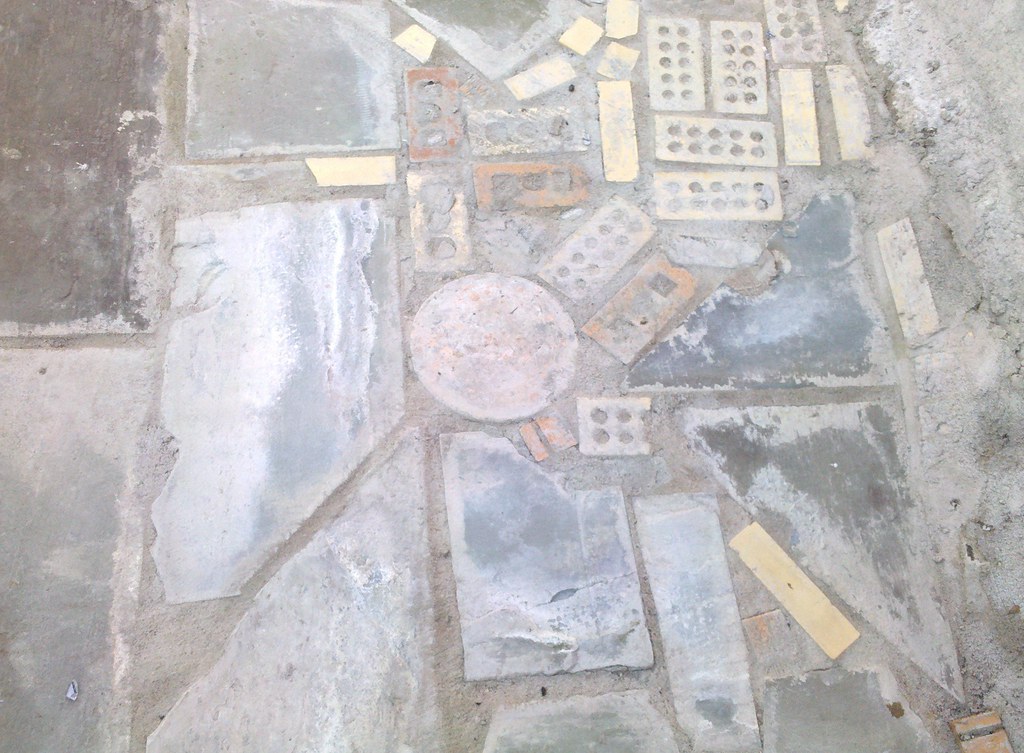 Bottle caps in the asphalt 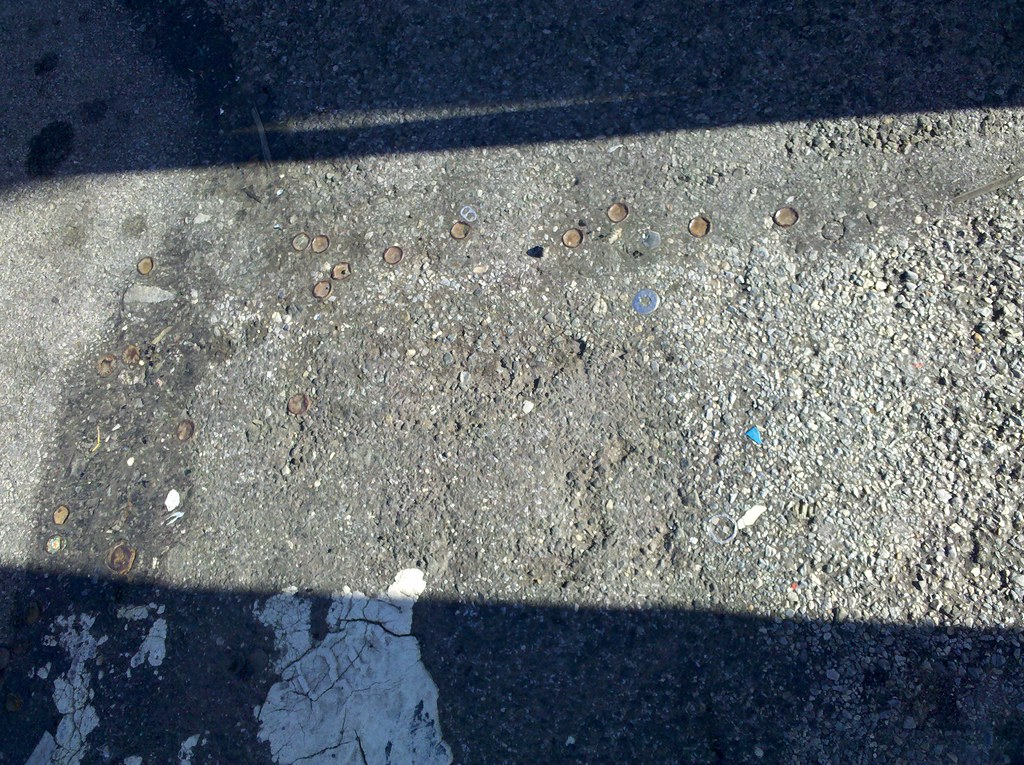 This is a tax preparer’s office 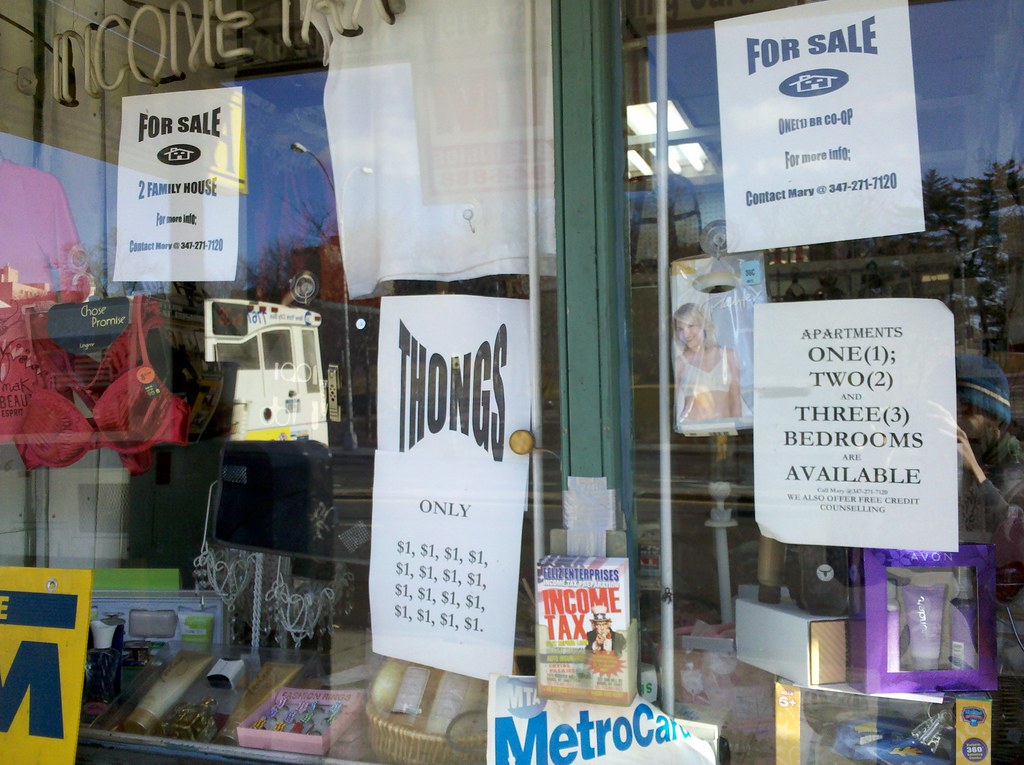 Rebar to the rescue! 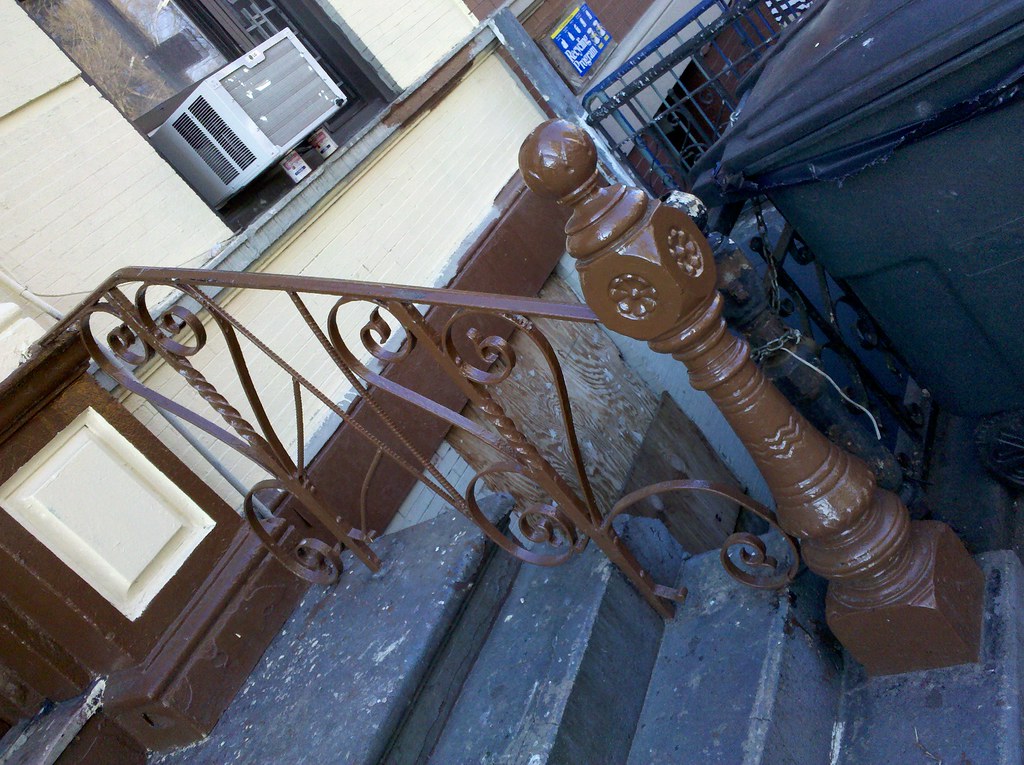 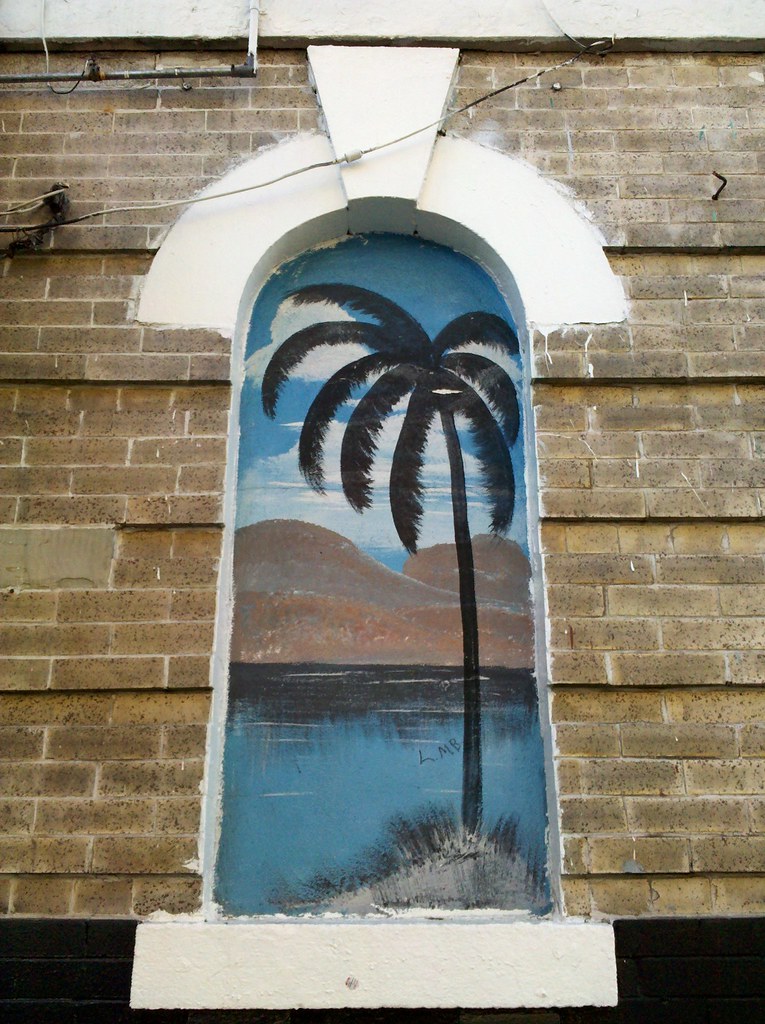 Where food sticks to your soul 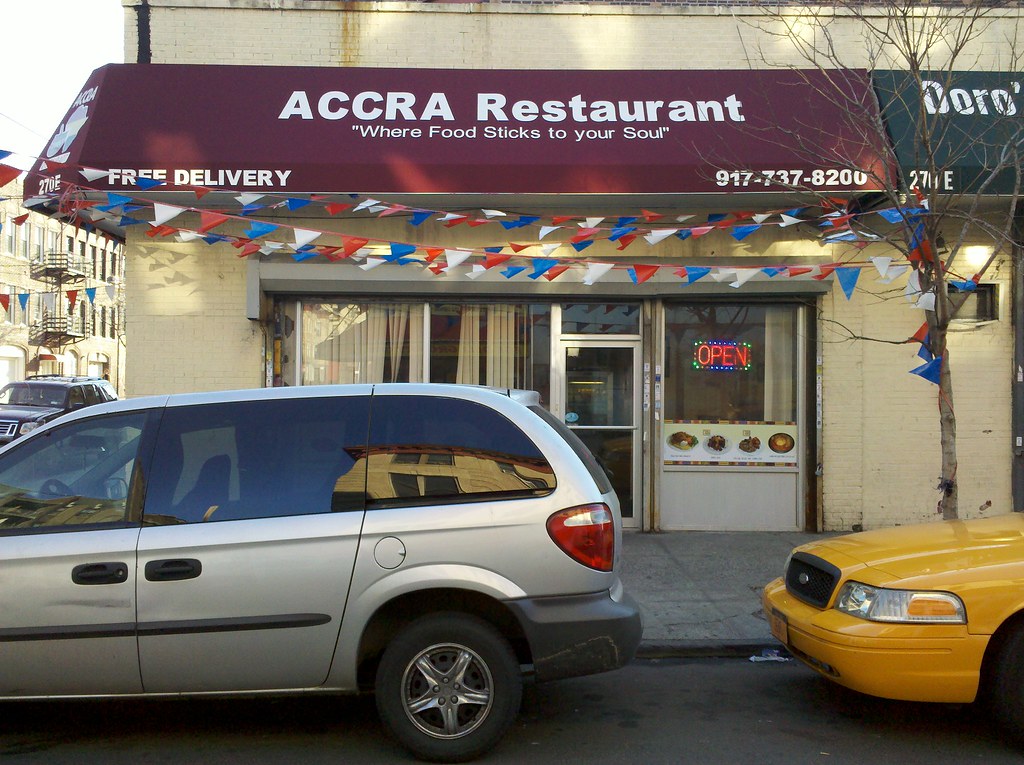 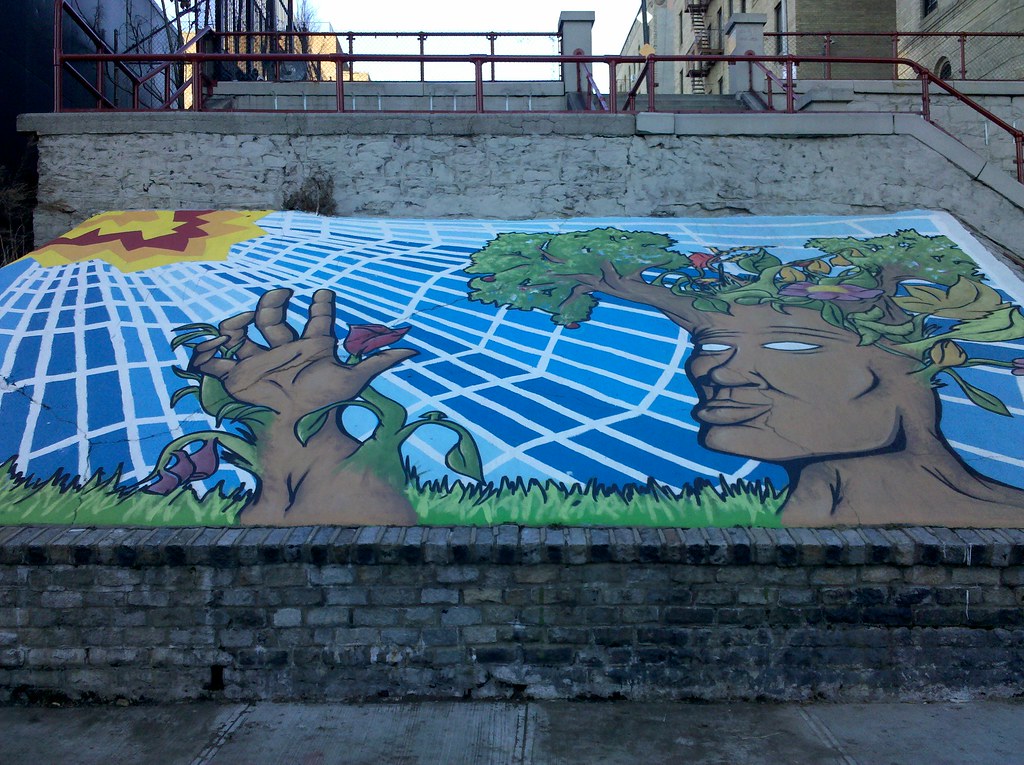 On the way to a baby shower 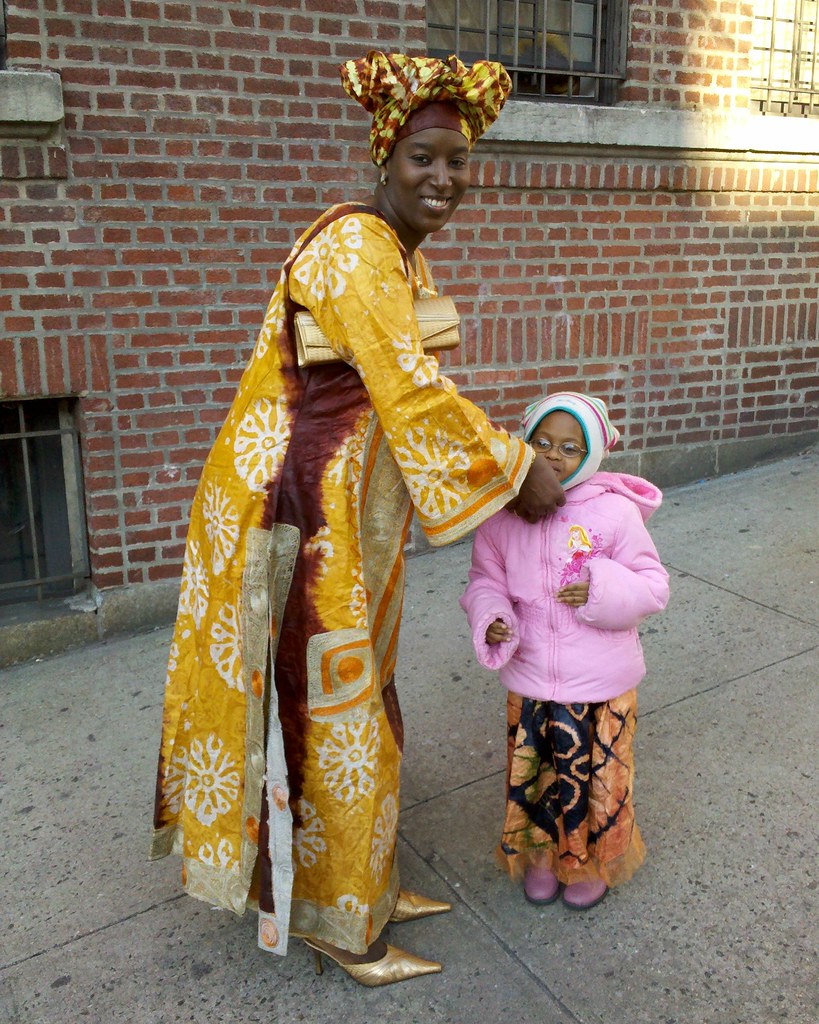 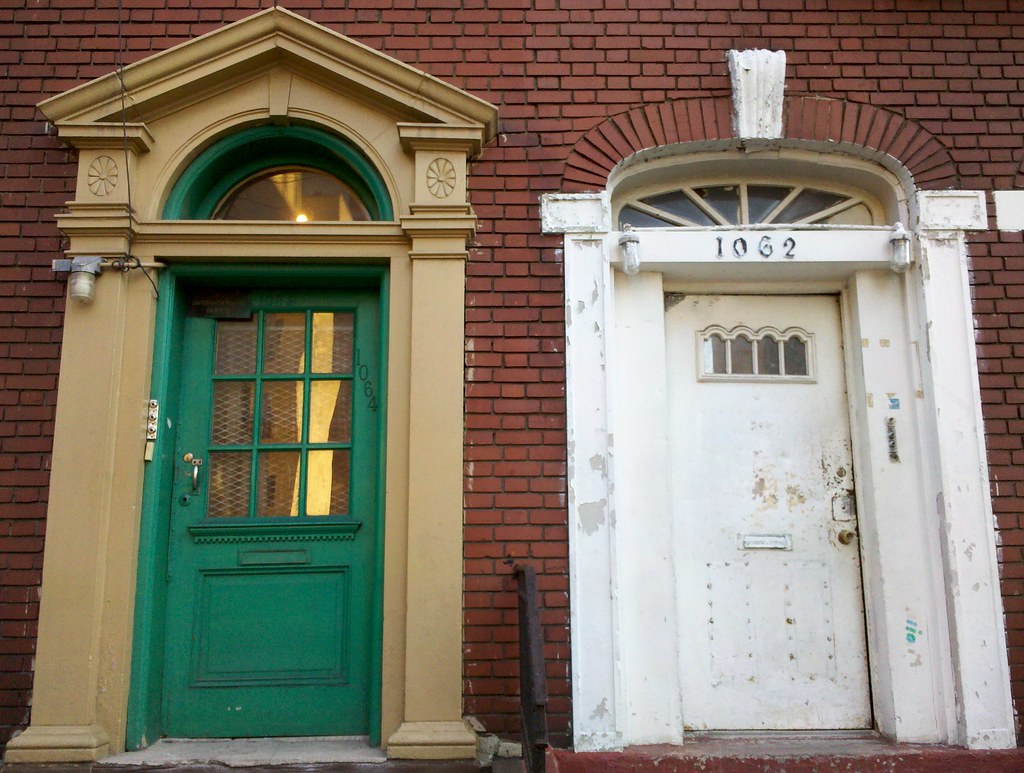 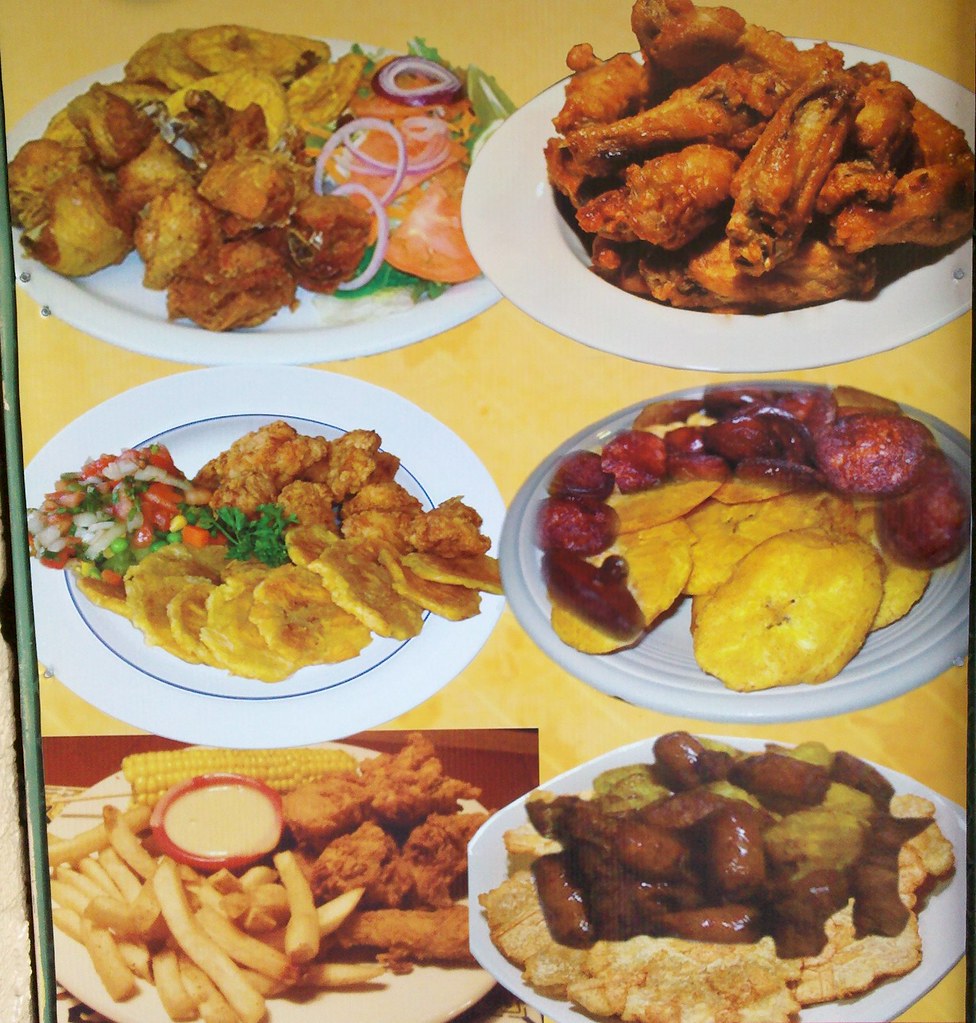 They go great with photoshopped meat. 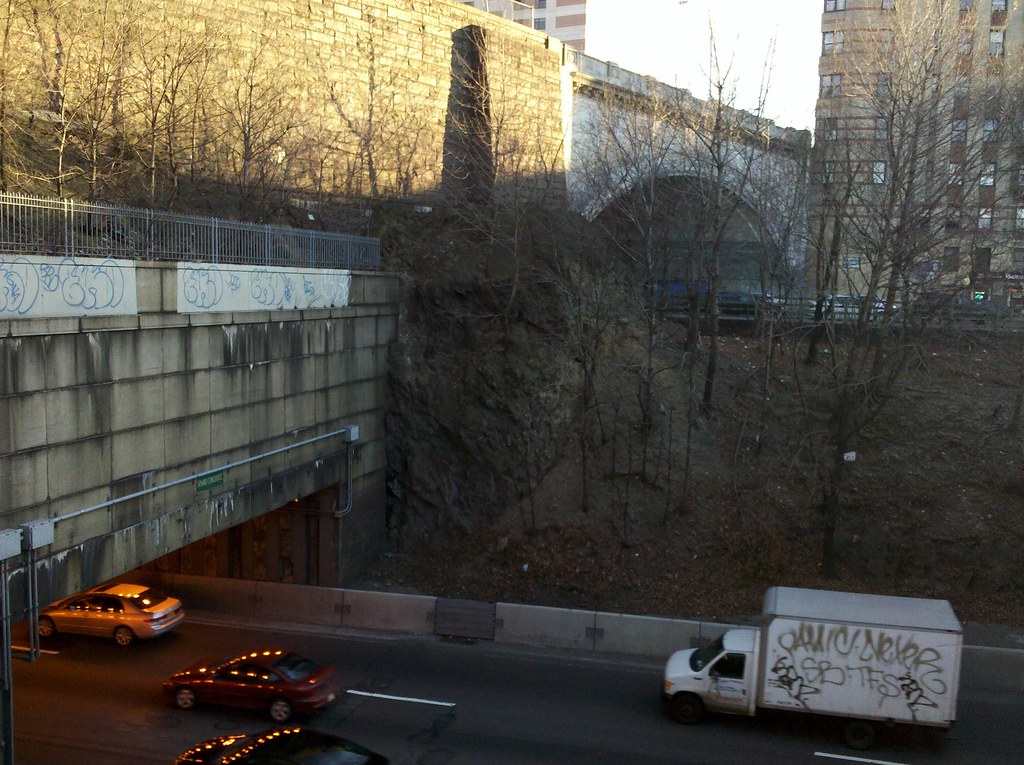 That's the Grand Concourse on top, 174th Street going through the arch, and the Cross Bronx Expressway on the bottom. 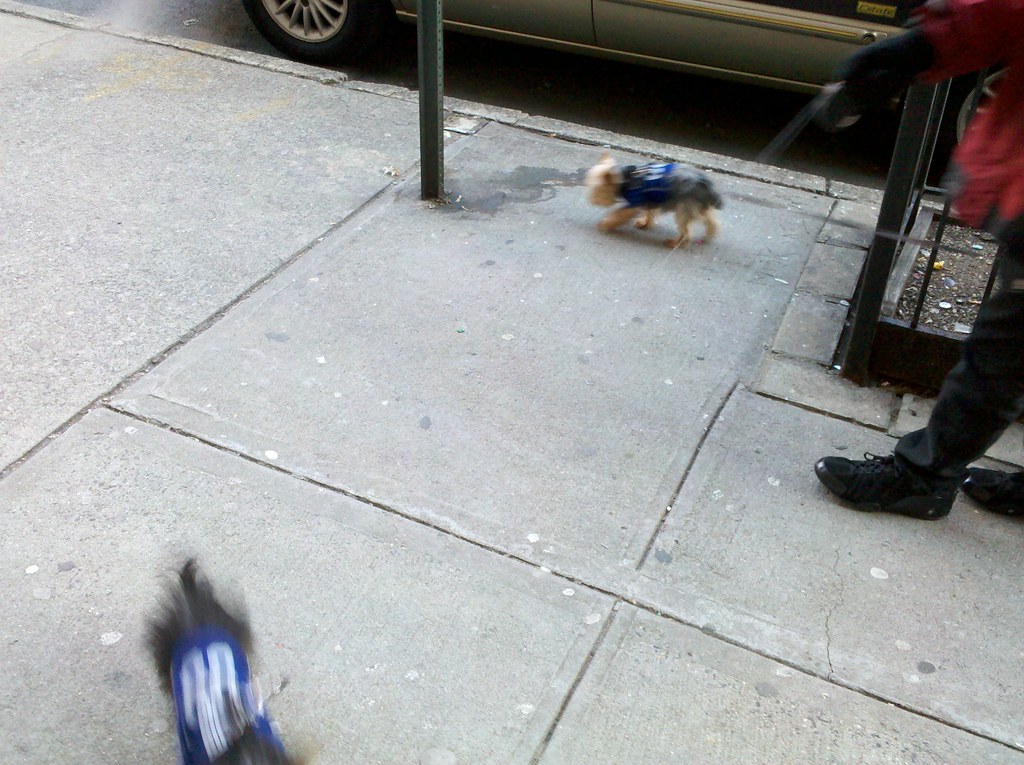 This was as close as I came to getting both of these two-month-old puppies in the same frame. If they were a little more stationary, you'd be able to see they were wearing Giants jerseys in preparation for the Super Bowl. 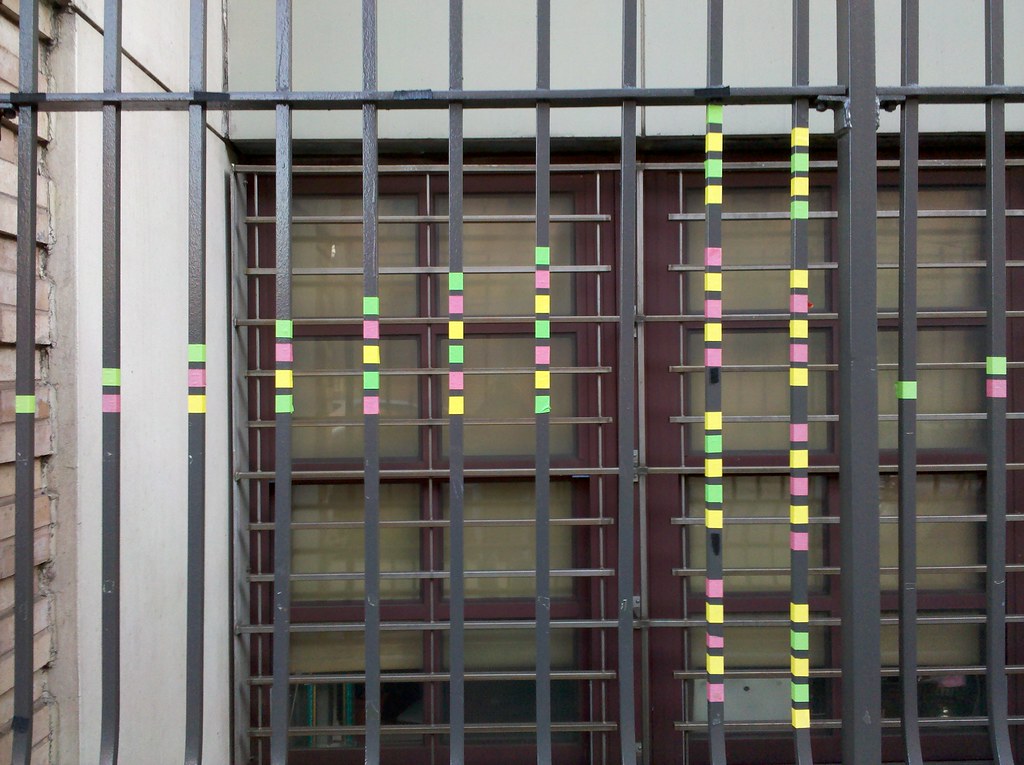 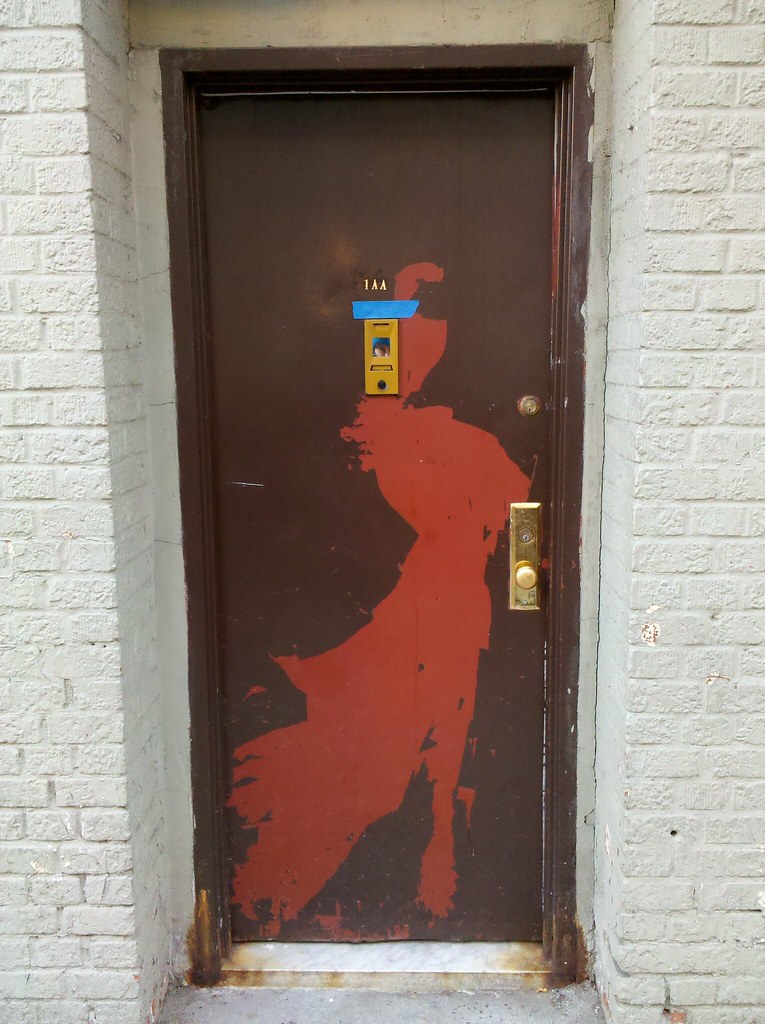 From a distance, I thought it was a silhouette of a woman in a dress. 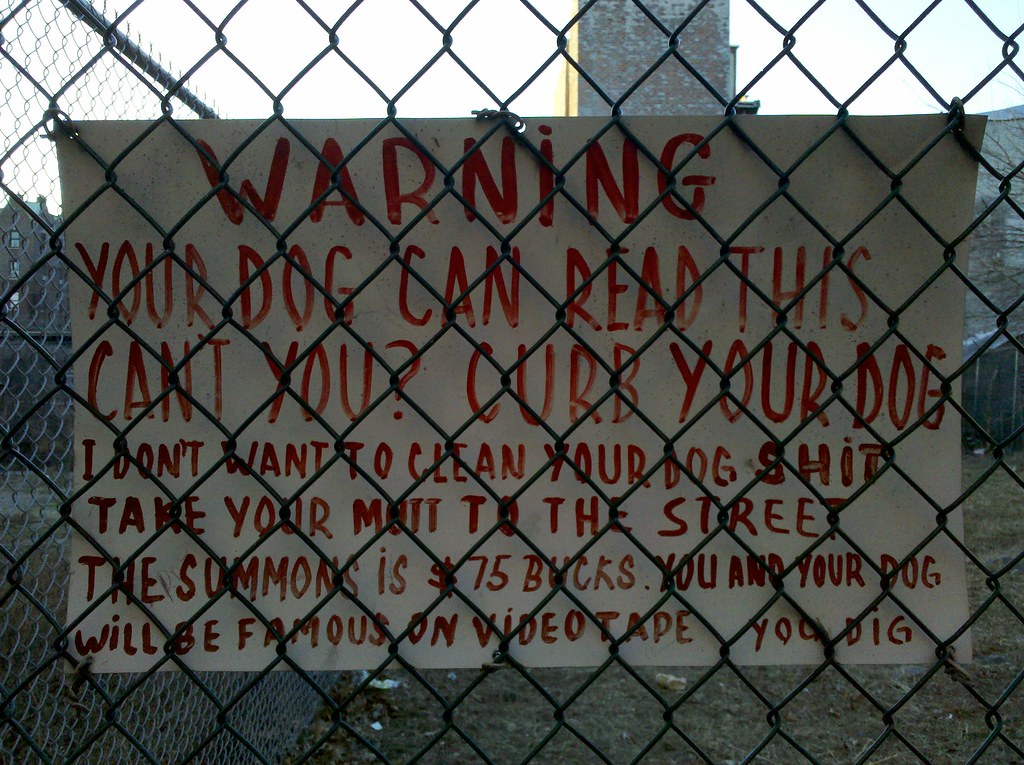 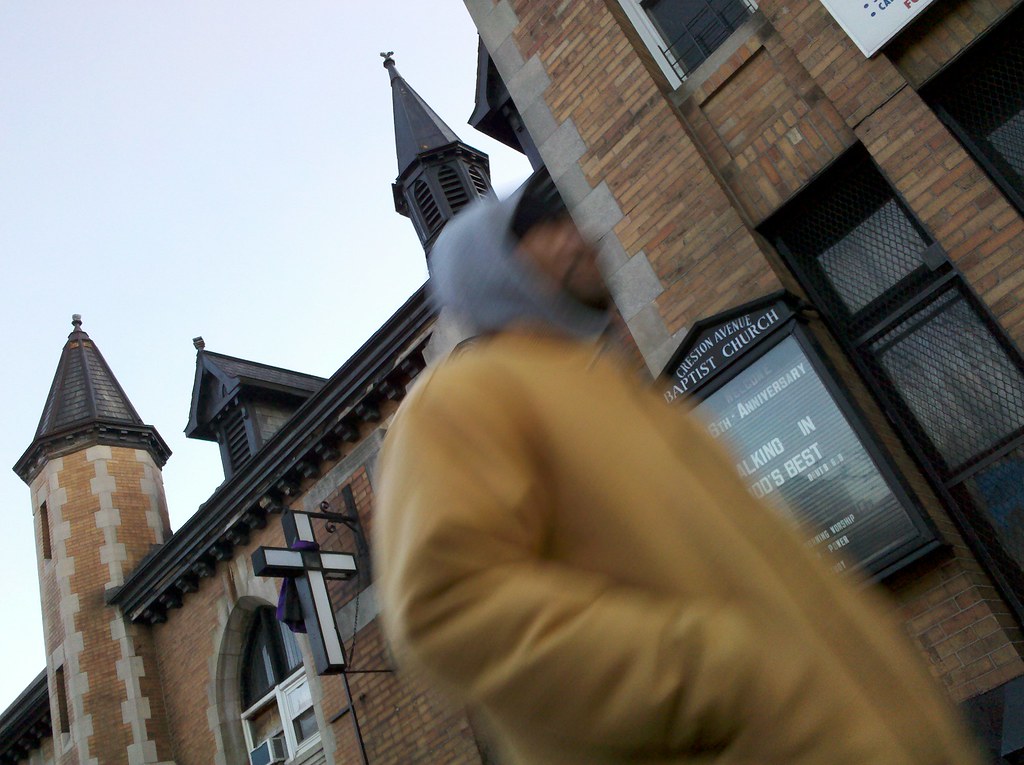 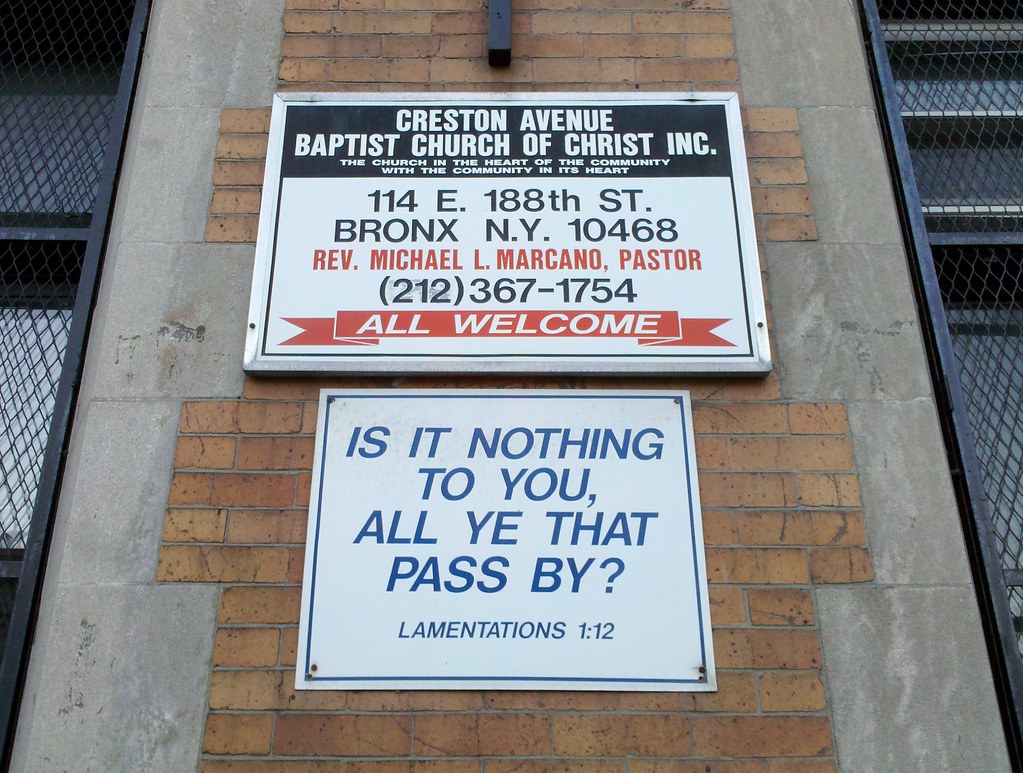 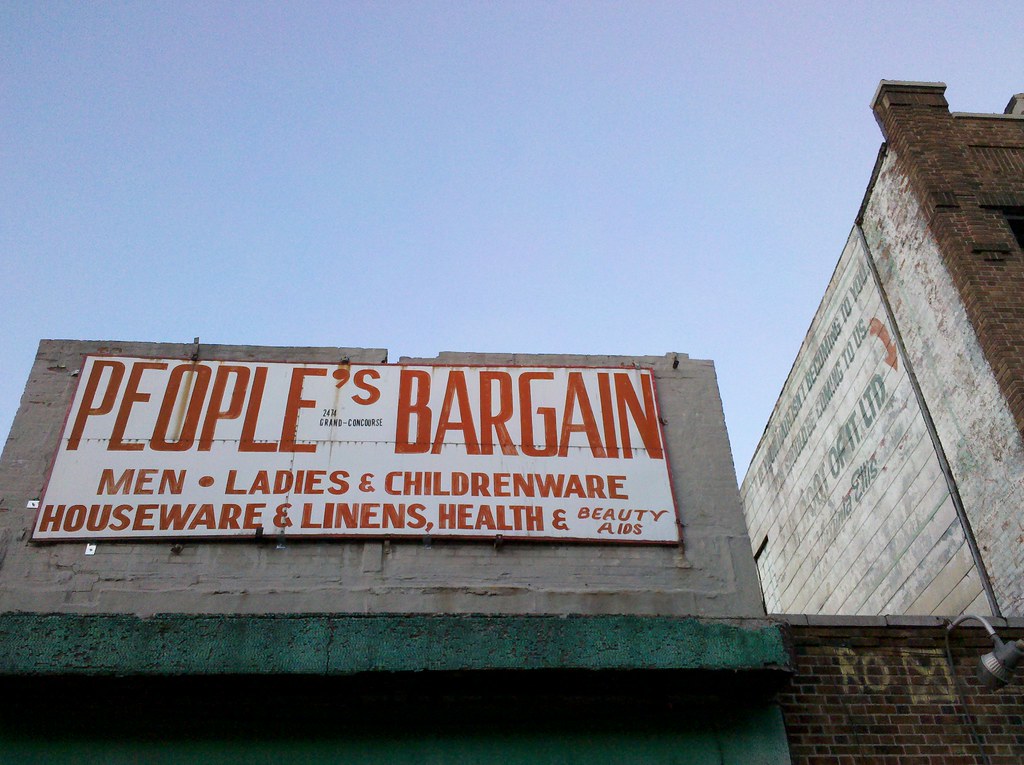 The faded ad on the right reads: "If your hair isn't becoming to you, you should be coming to us".

They make it look so fun 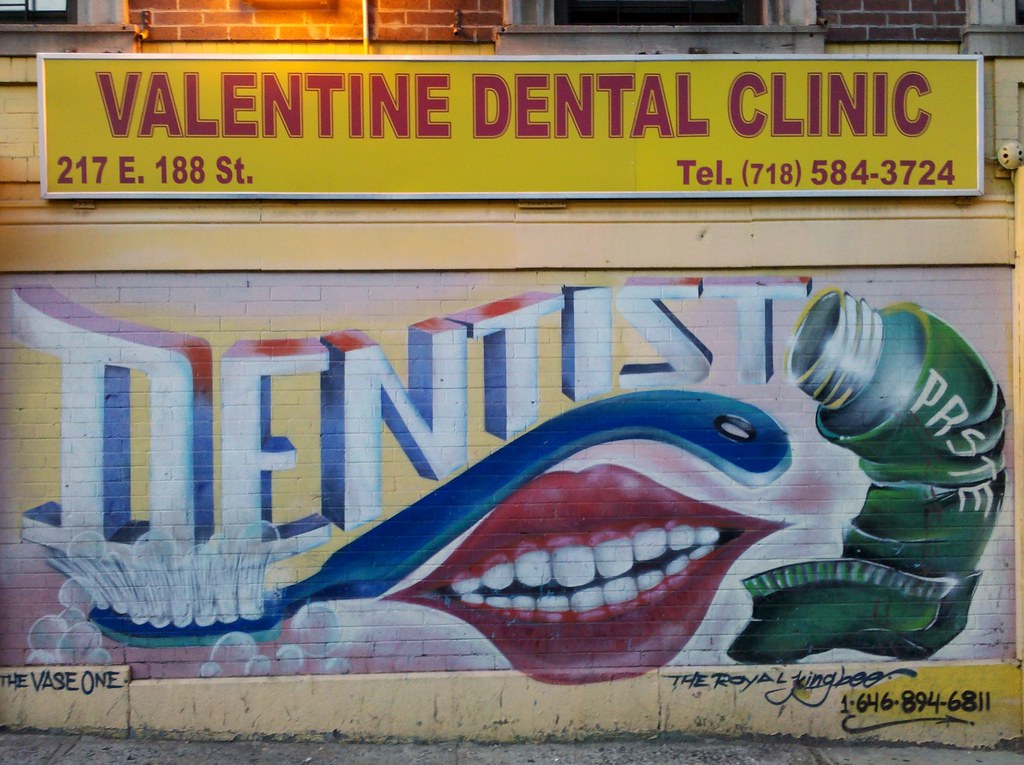 It’s not the most shoes we’ve seen 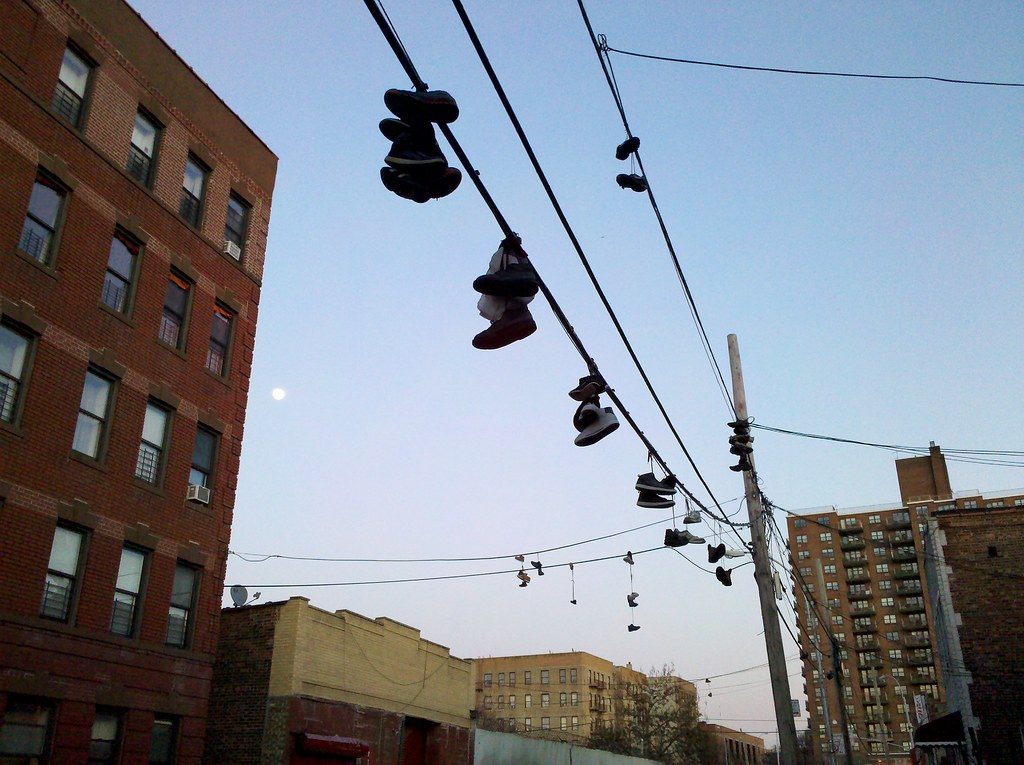 But their geographical extent is quite impressive. (There were another four or five pairs way up on a wire behind me as well.)