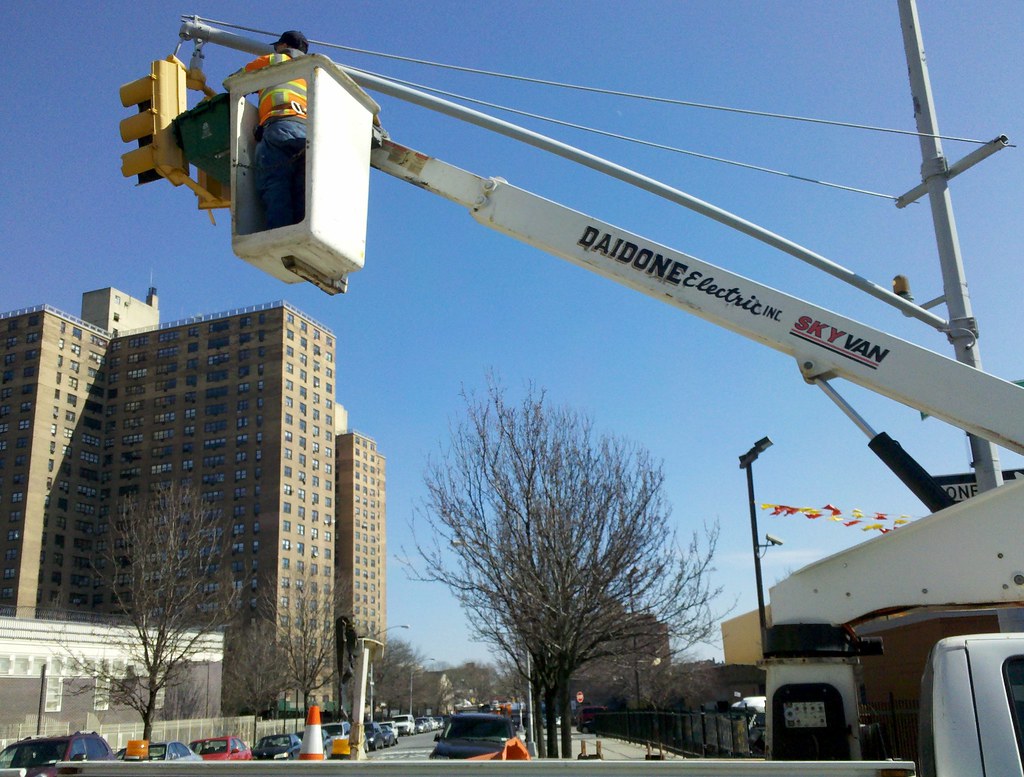 Or repeatedly hitting it with a hammer, anyway 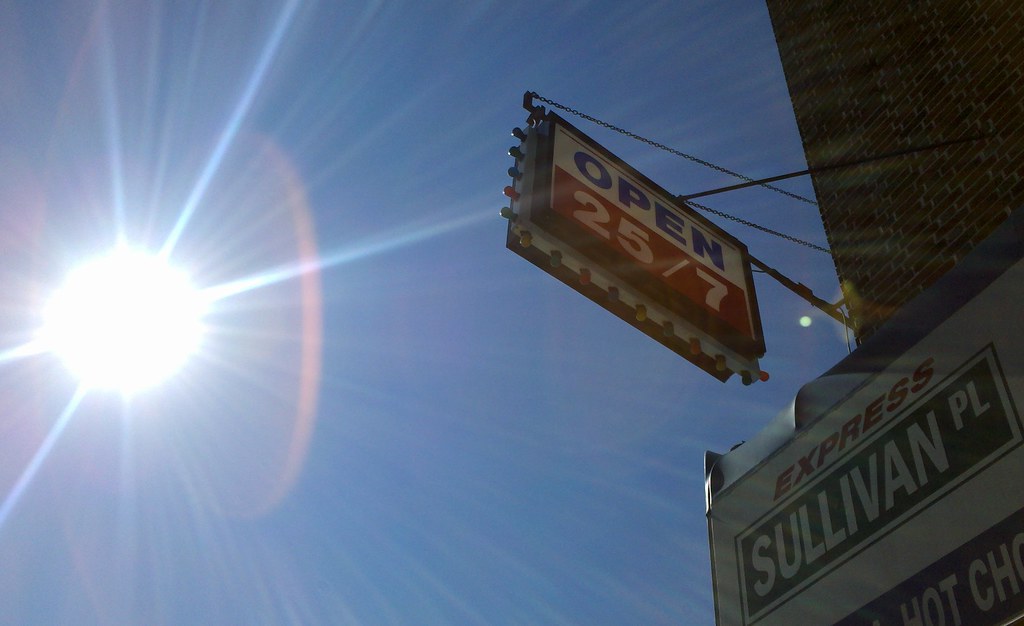 When those late-night 25-o'clock hankerings hit, you know where to go. 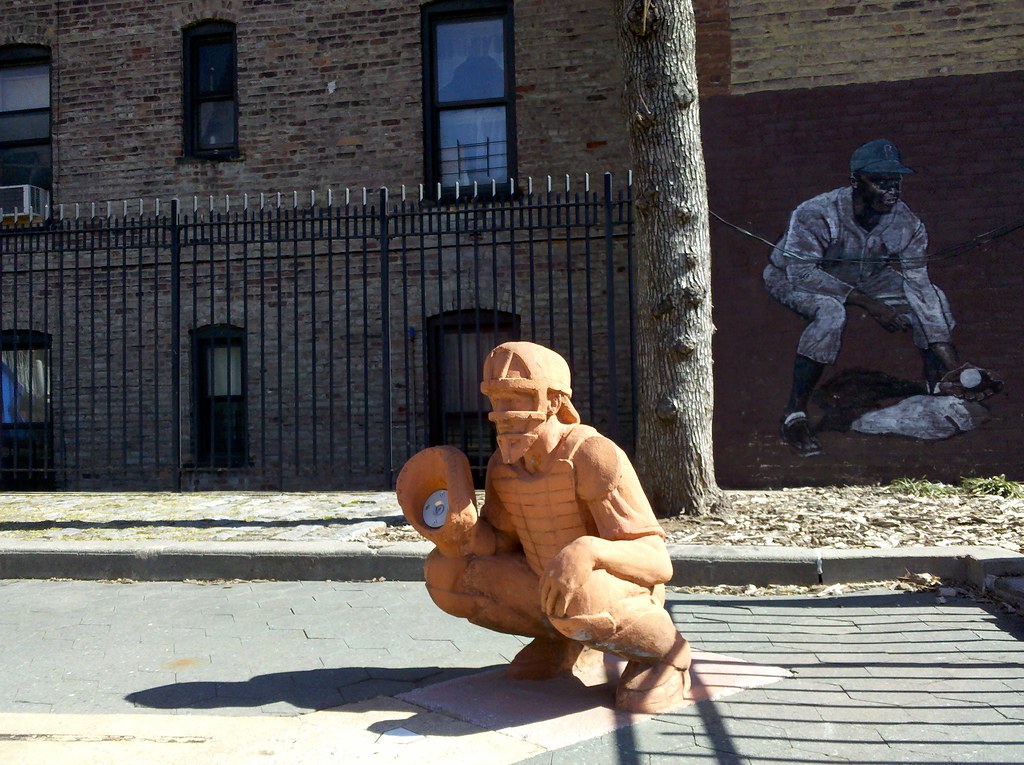 That's a Roy Campanella spray shower, with Jackie Robinson guarding second base behind him. 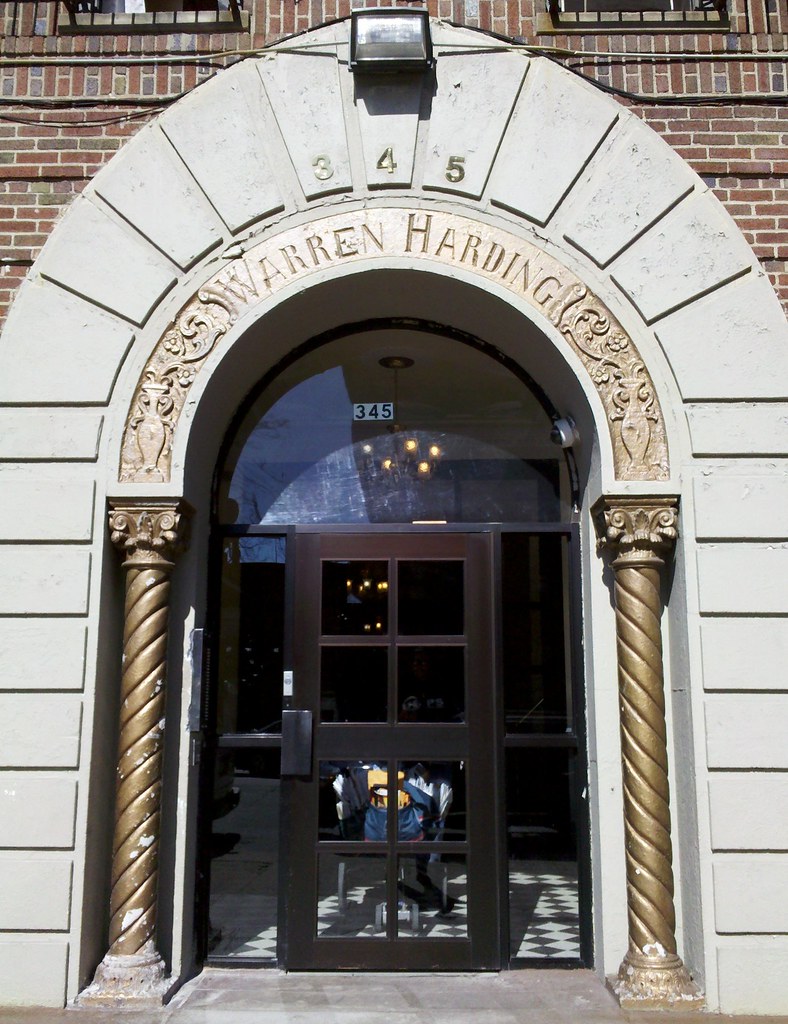 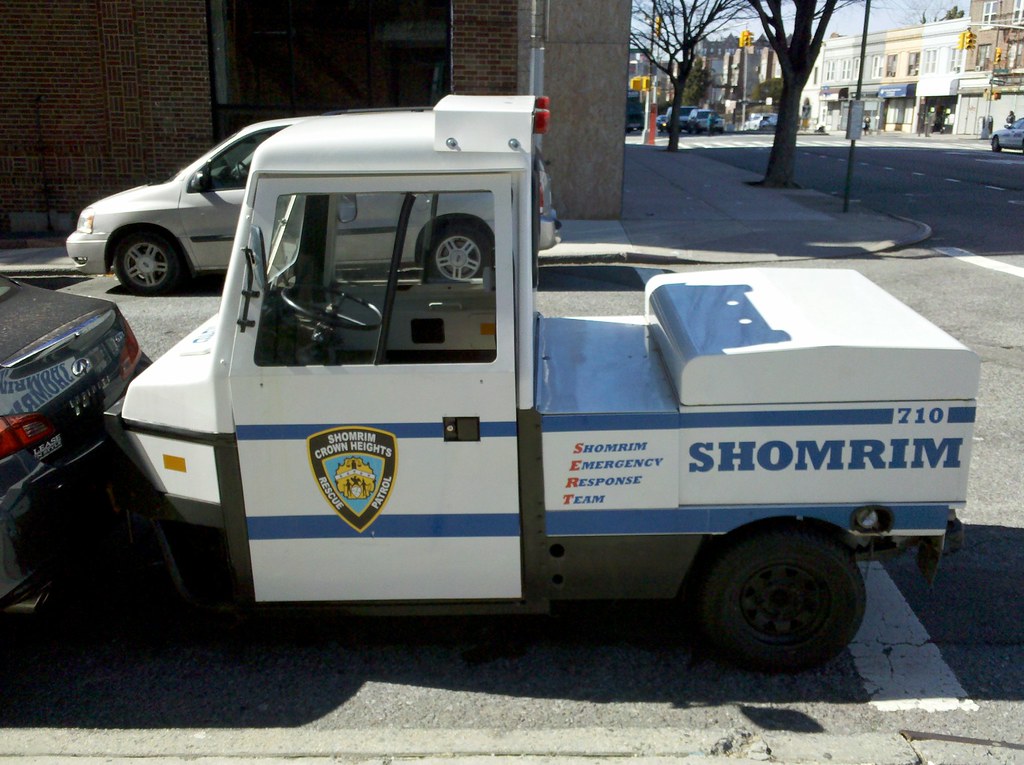 Shomrim is a volunteer Jewish civilian patrol. Some of their vehicles bear a striking similarity to those of the NYPD, and at least one of them parks very close to other cars on occasion. 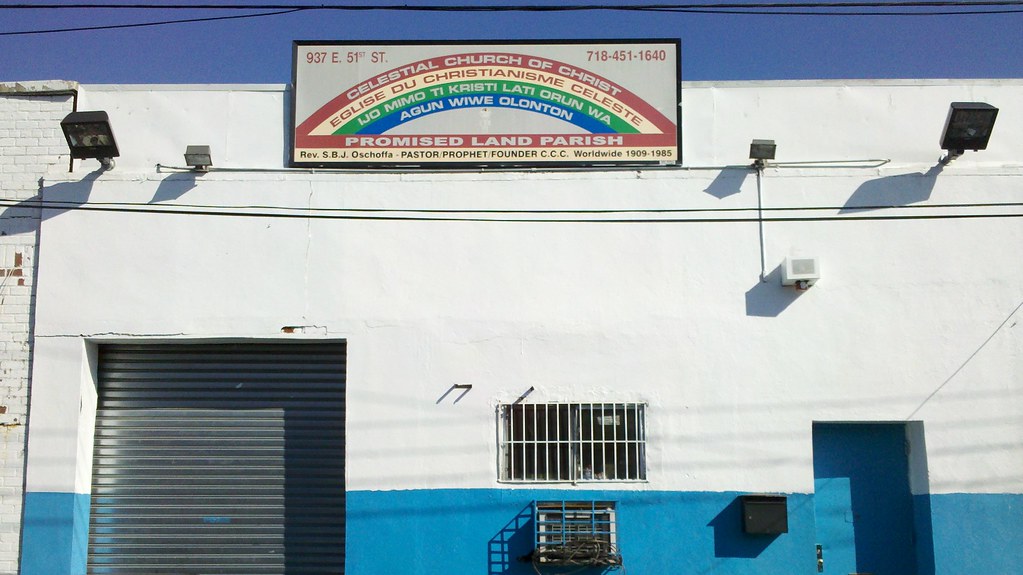 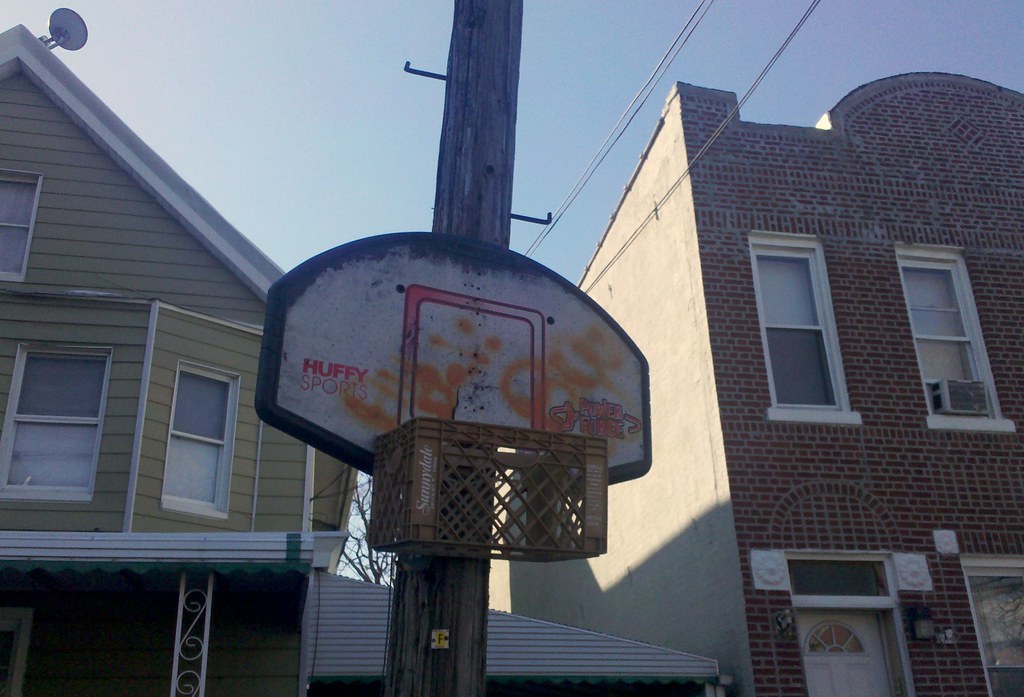 A step up from the basic model 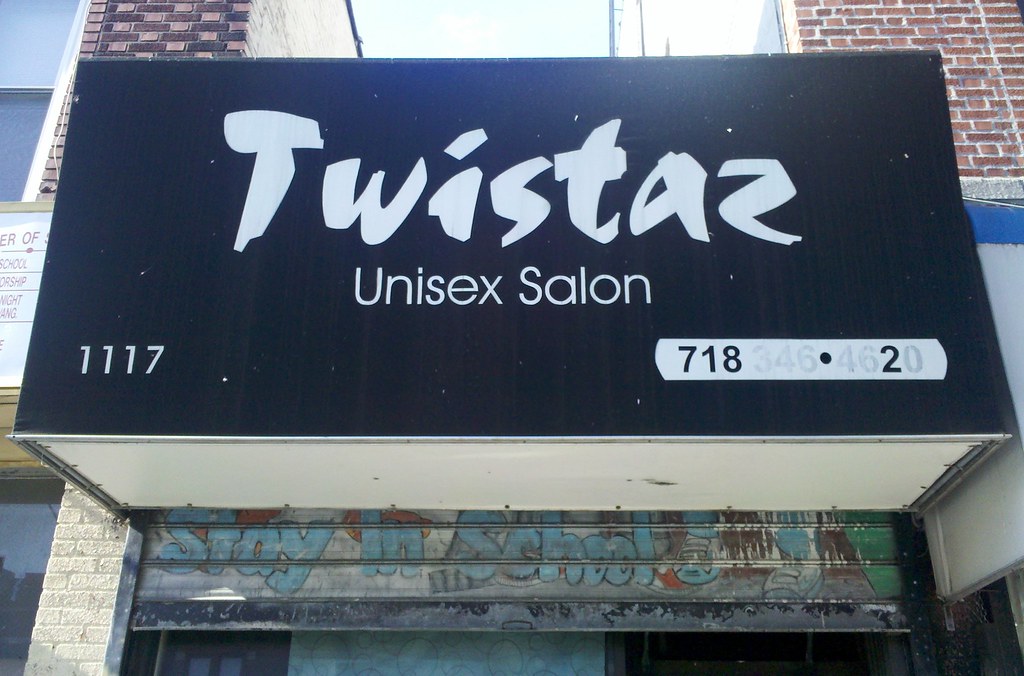 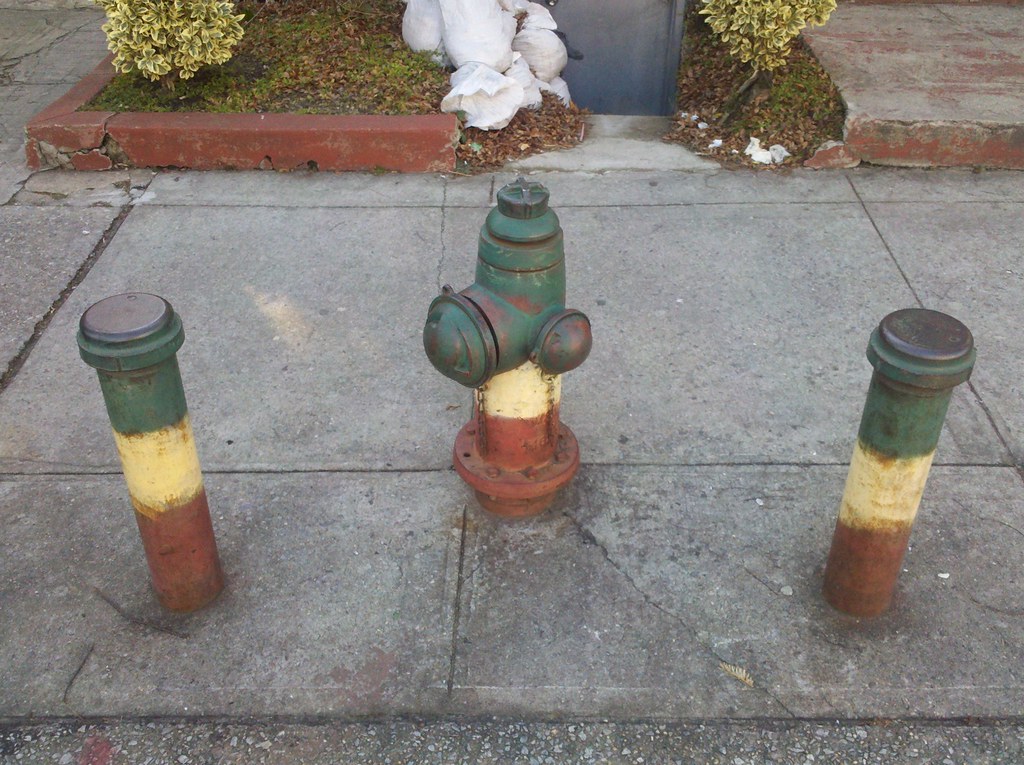 Soccer in the land of netball 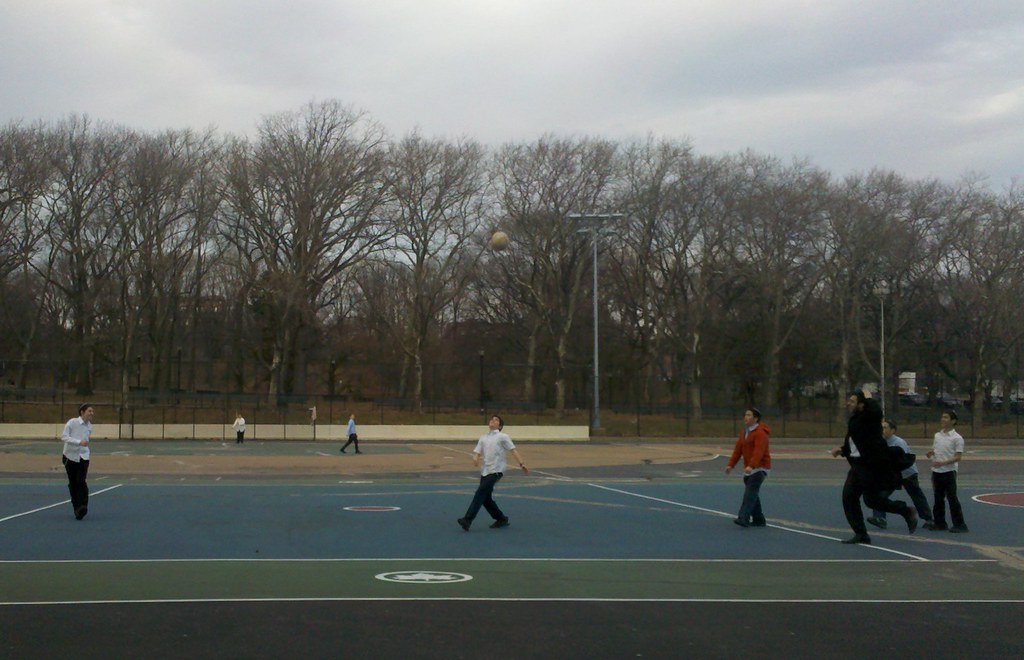 These three netball courts make up 60% of the city's total. 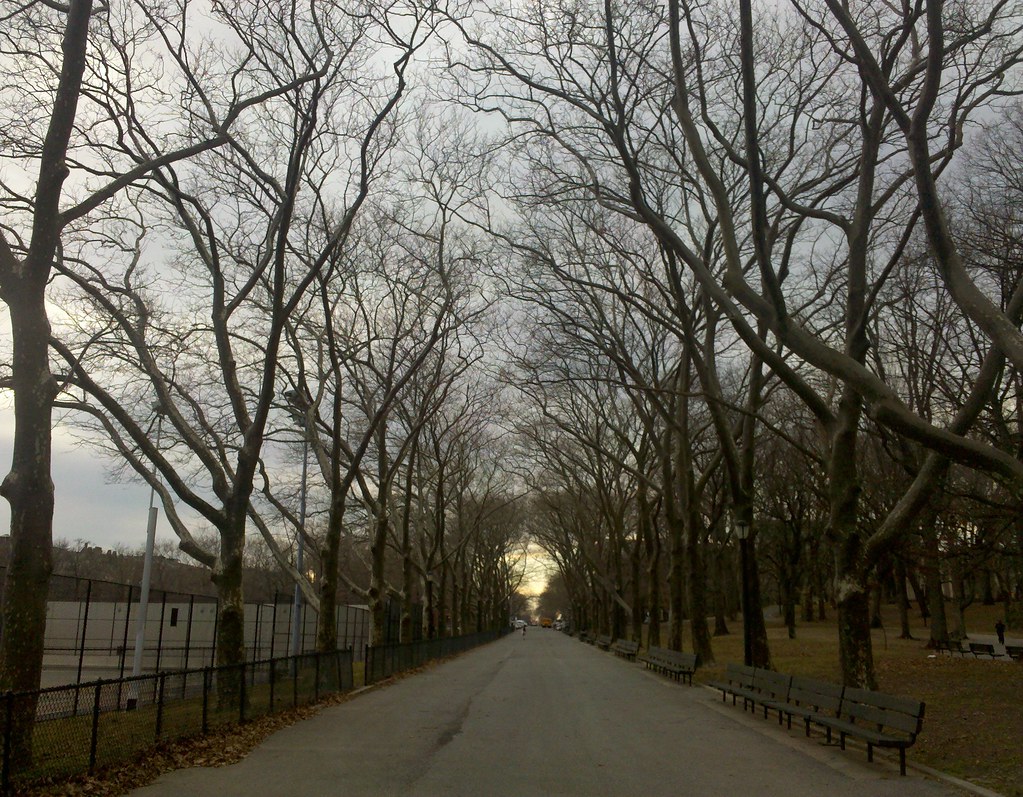 Once known as "Tickle Park", Lincoln Terrace served as a base for anti-aircraft guns during World War I.

One in a million 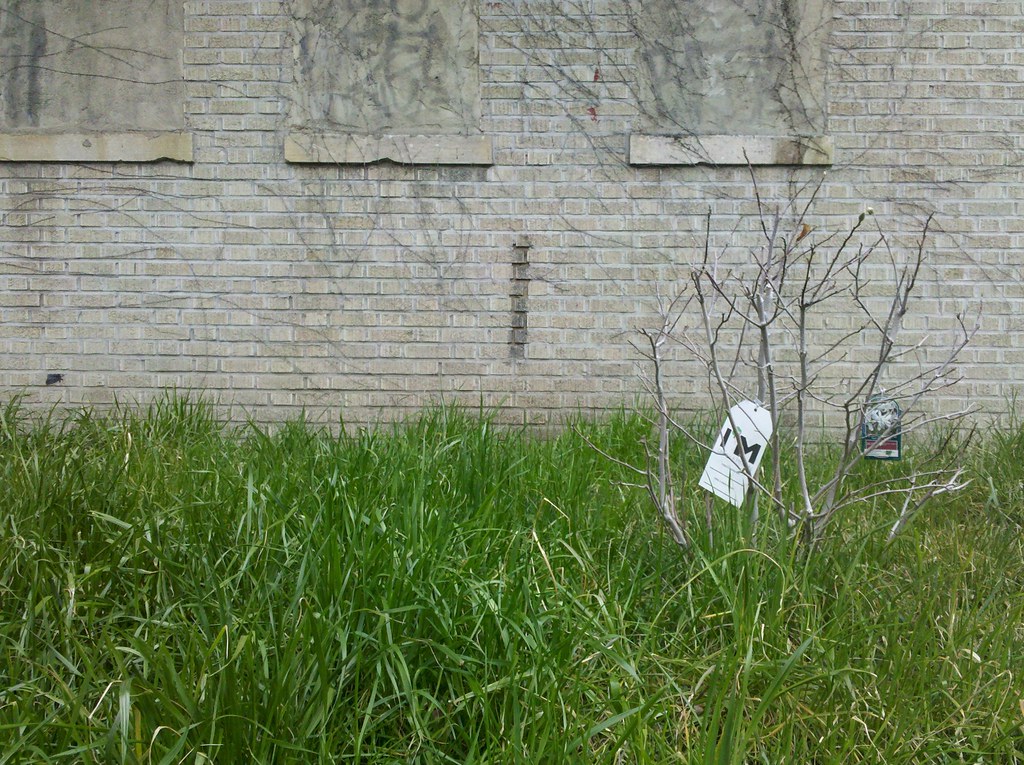 They're over halfway there! 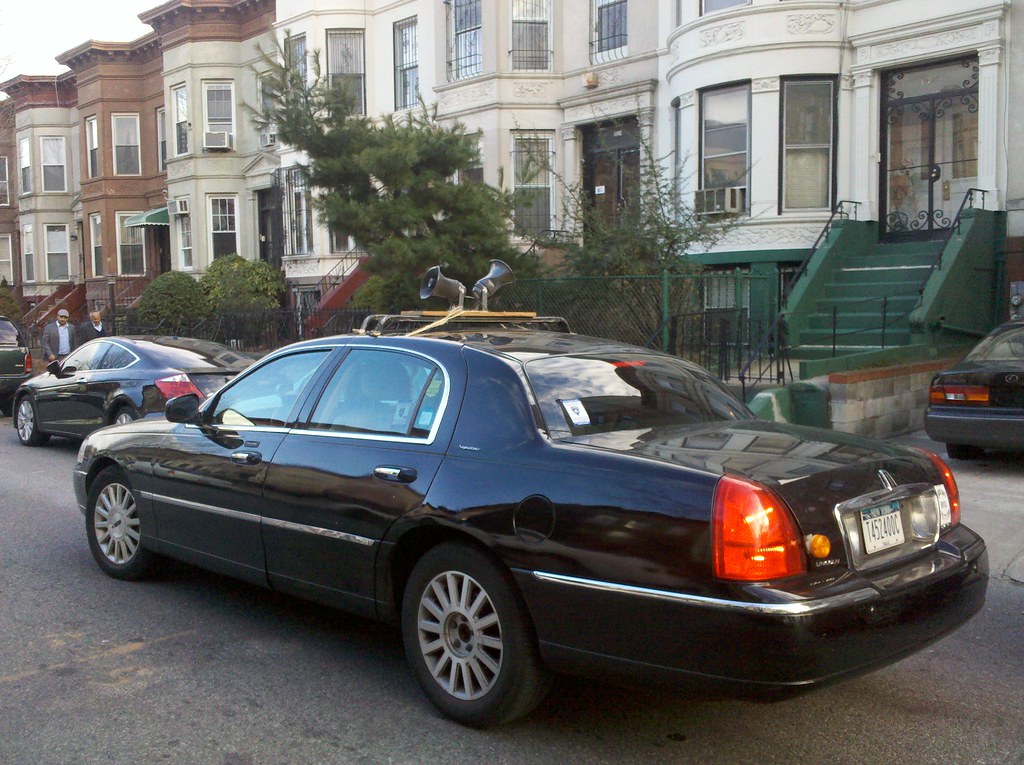 Almost as loud as Ellwood and Jake's contraption, these speakers were blaring out something in Yiddish. I tried to ask the driver, who was not Jewish, about it, but we could barely hear each other over the noise. All I could understand is that someone is paying him to slowly drive around the neighborhood, blasting this message, whatever it is, to everyone within earshot. 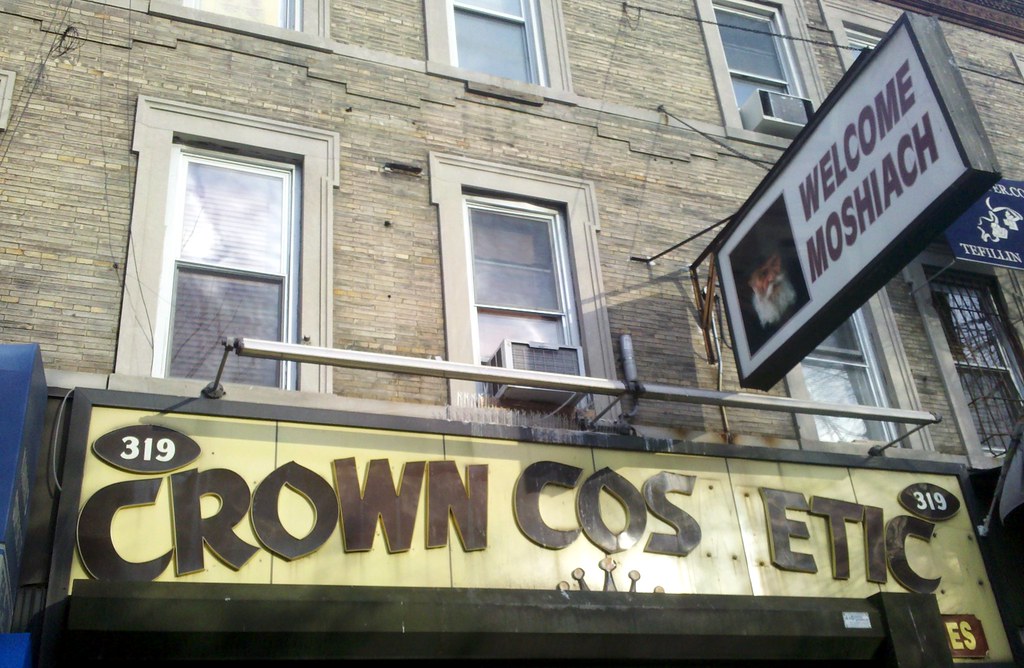 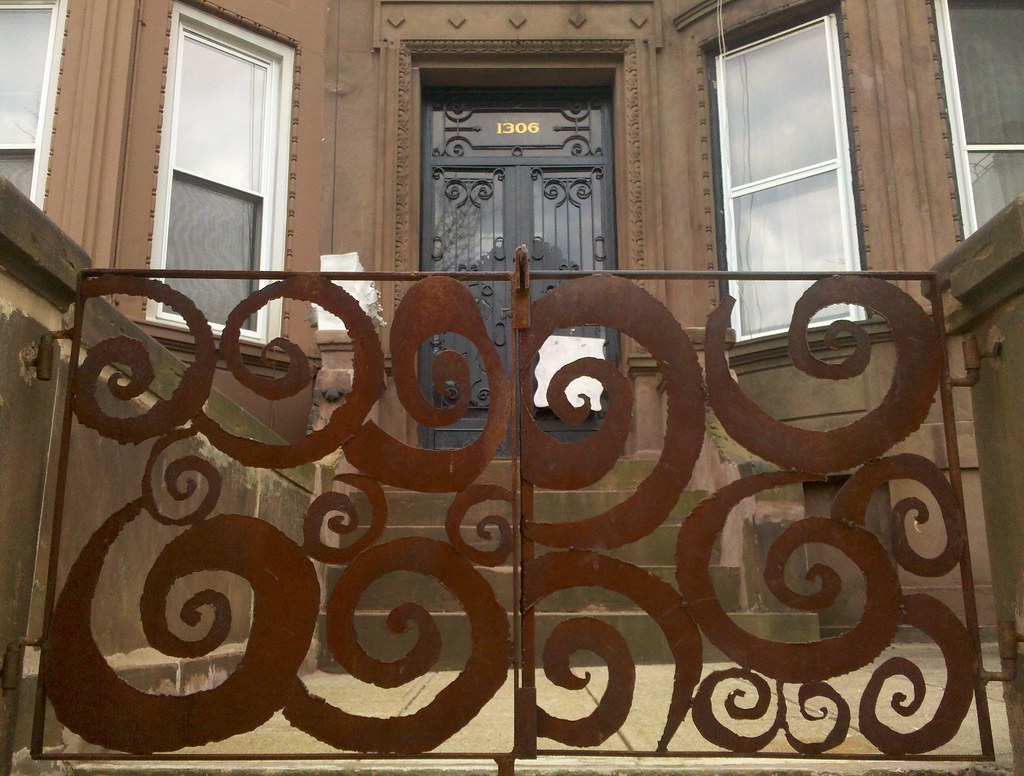 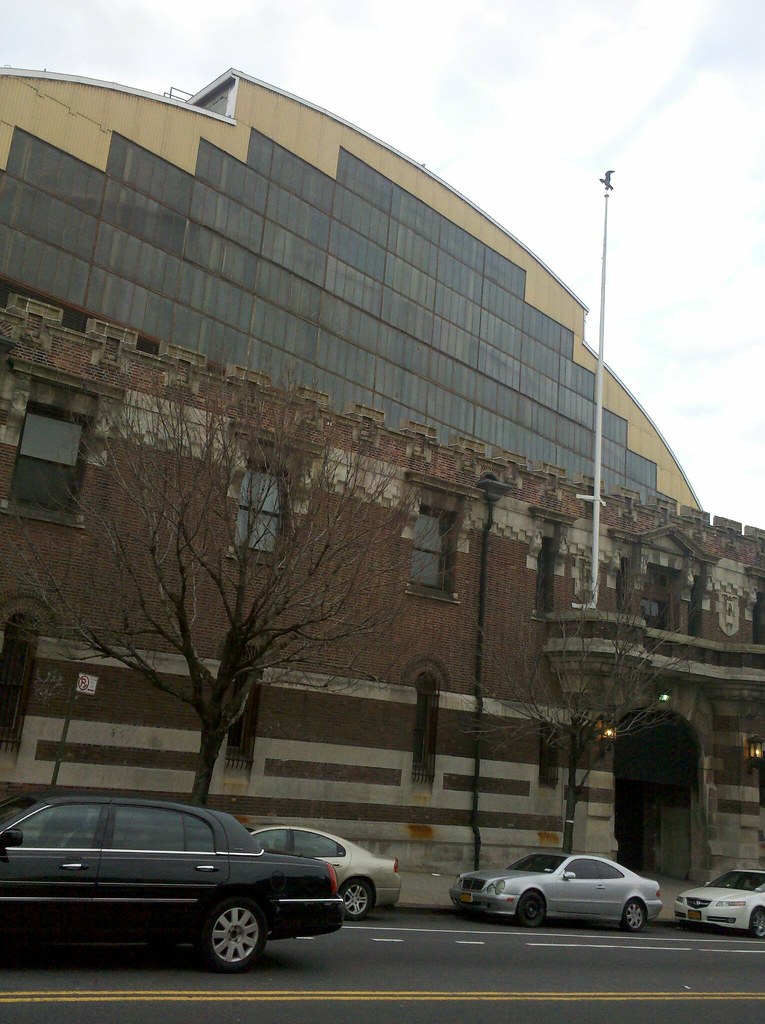 Not the first armory we've seen on Bedford Avenue. This one was completed in 1907, with its massive drill shed soaring above the rest of the facility. It was home to a National Guard unit up until last summer, and has also served as a film set for several movies. The state is now looking to transfer ownership of the facility to the city, and a community meeting was recently held to talk about possible future uses for the structure. 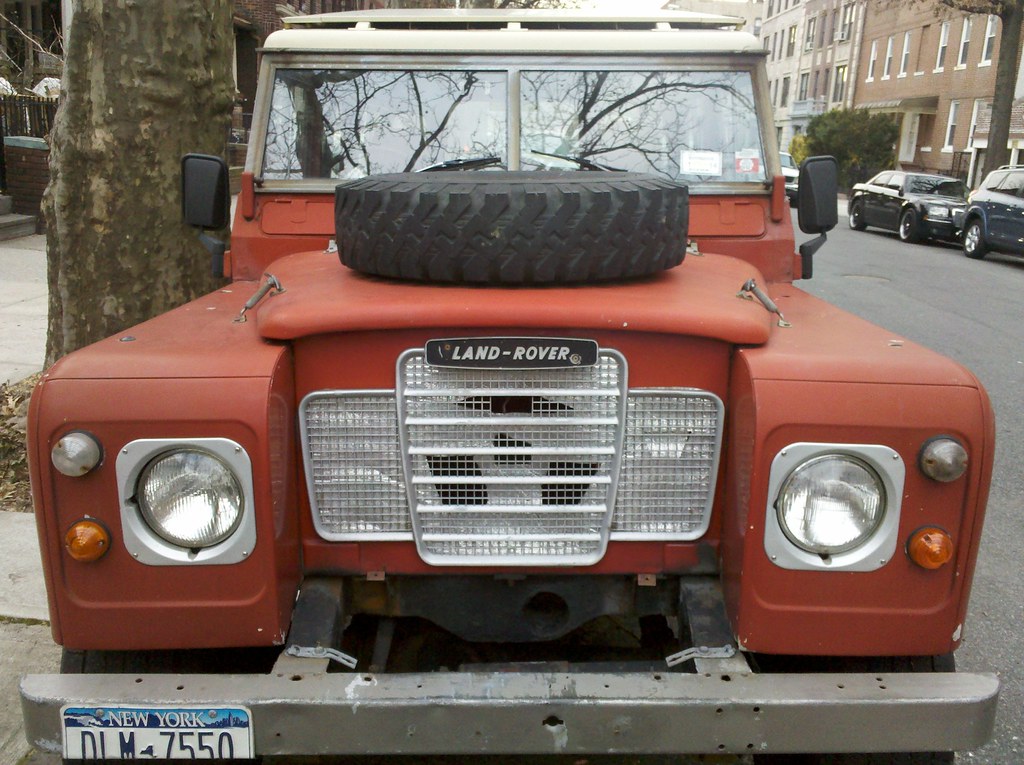 What the hell is this?? 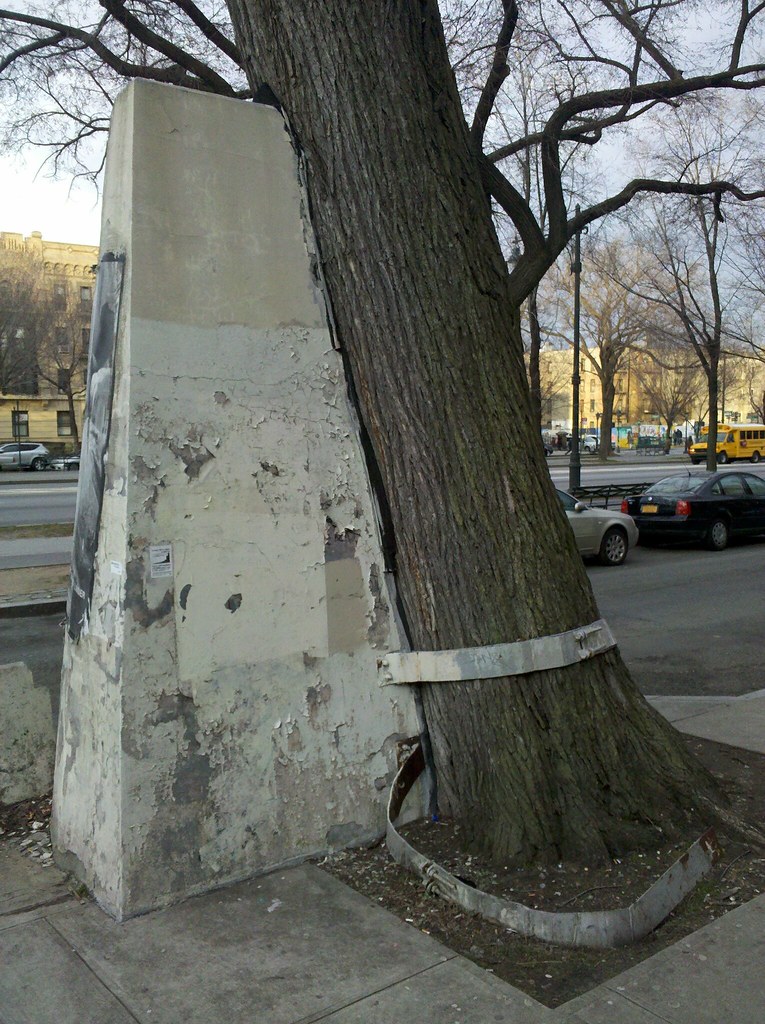 This enormous concrete monstrosity appears to exist solely to support the leaning tree. Does anyone know the story behind it? 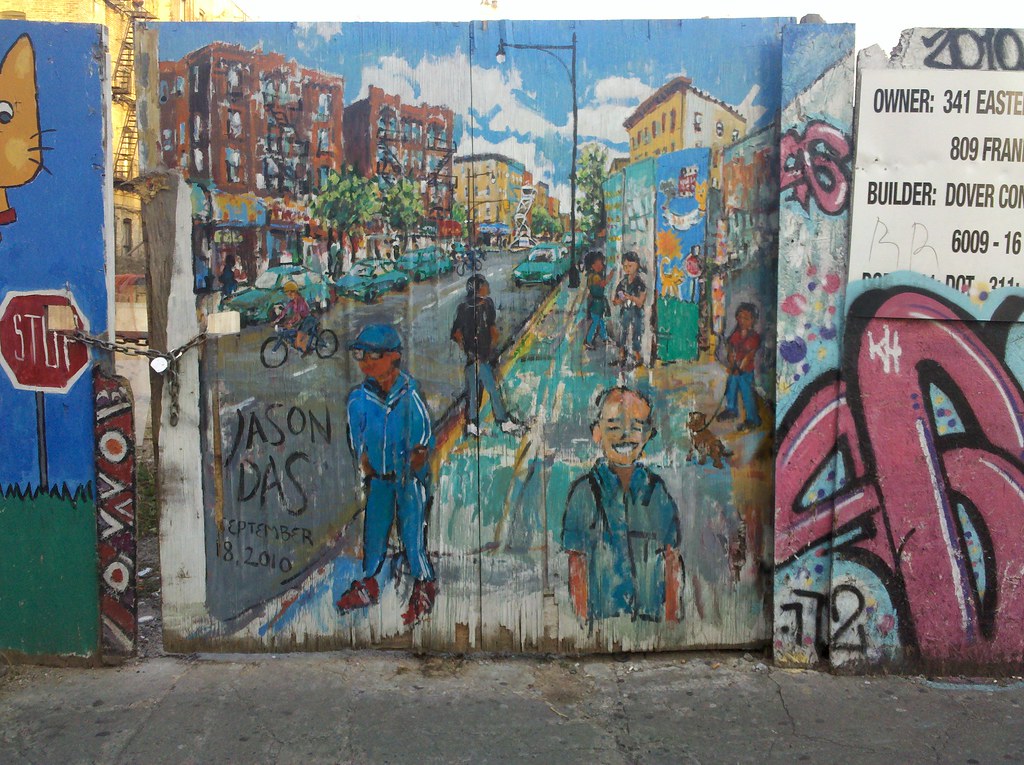 There is a subtle feature of this mural that I missed when I first reported on it. I mentioned that the artist, Jason Das, avoided having to paint an infinite regress by cutting off the right side of his mural-within-a-mural. What I didn't notice was that he did this in an extremely clever way. As you can see here, his mural is slightly obscured by the panel to the right. If you look at the upper left side of that panel, you'll notice that Mr. Das actually extended his mural onto it, painting a smaller version of that panel on the panel itself. So the part of his mural that obstructs the edge of the mural-within-the-mural (preventing the infinite regress) is also the object that obstructs his mural in real life! Brilliant! (Although now we should see an infinite regress on that adjacent panel, I suppose...)