At least they tell you the antidote! 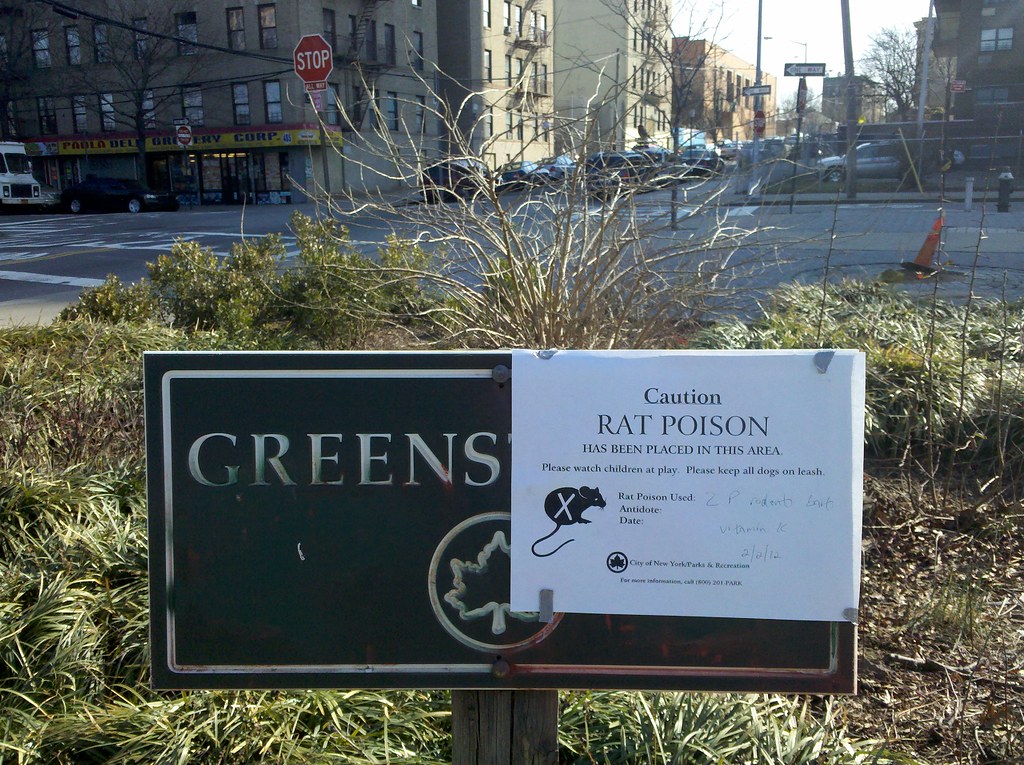 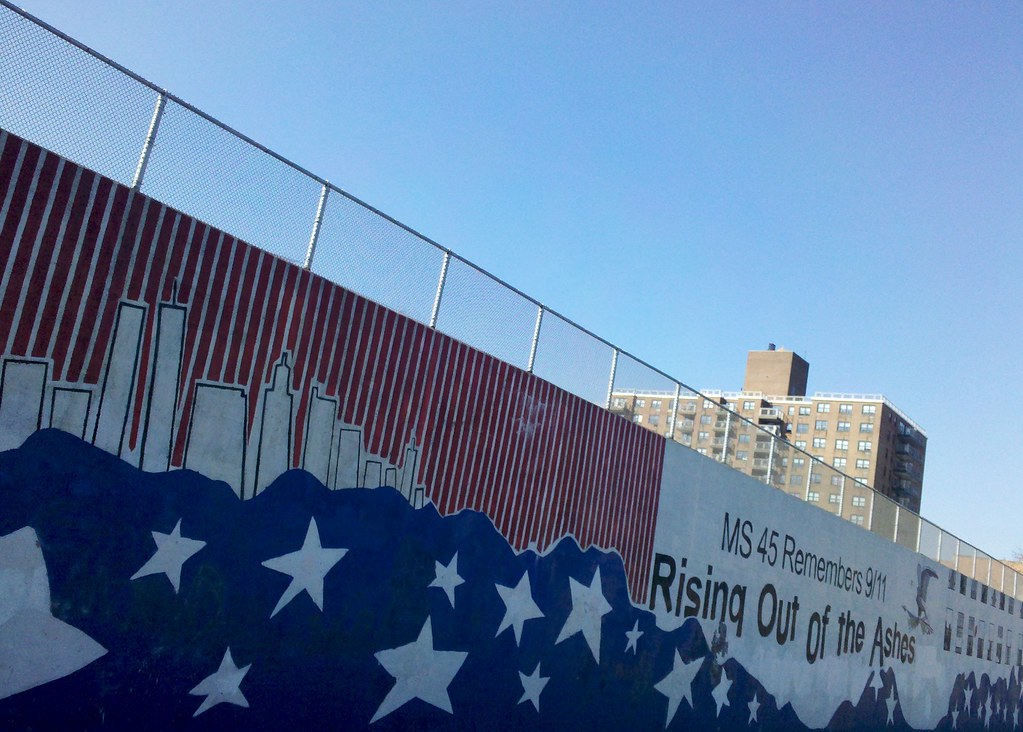 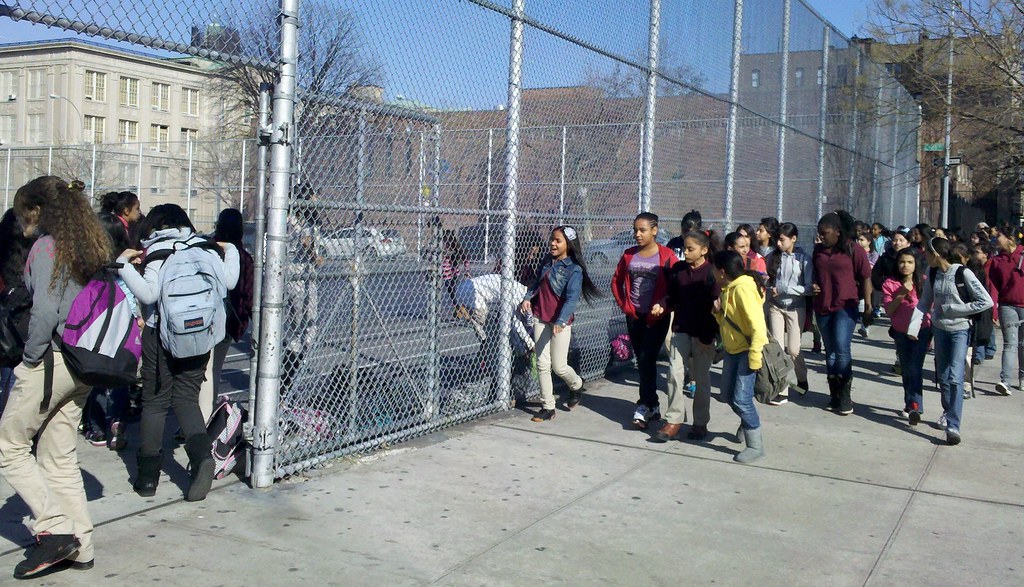 It's recess time at MS 45 in the Bronx. This playground, along with many others in the city, is part of a joint-use program that opens school playgrounds to the public on evenings, weekends, and whenever school is out of session. 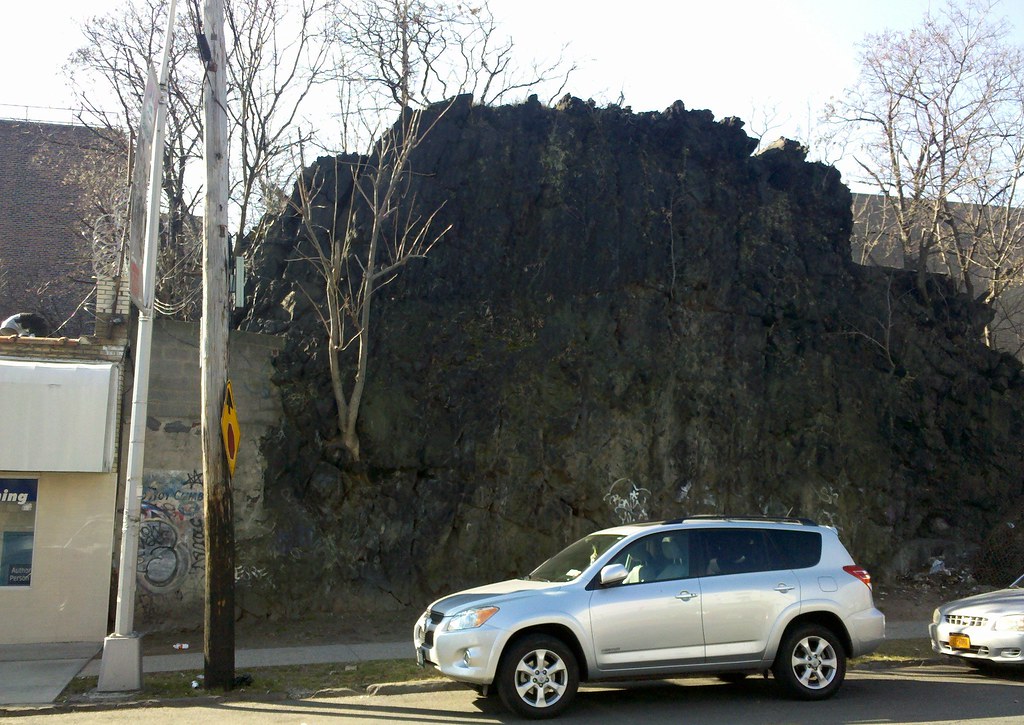 From the looks of aerial photos, this rock face is one side of an L-shaped remnant of the bedrock that was mostly blasted away to create residential lots. 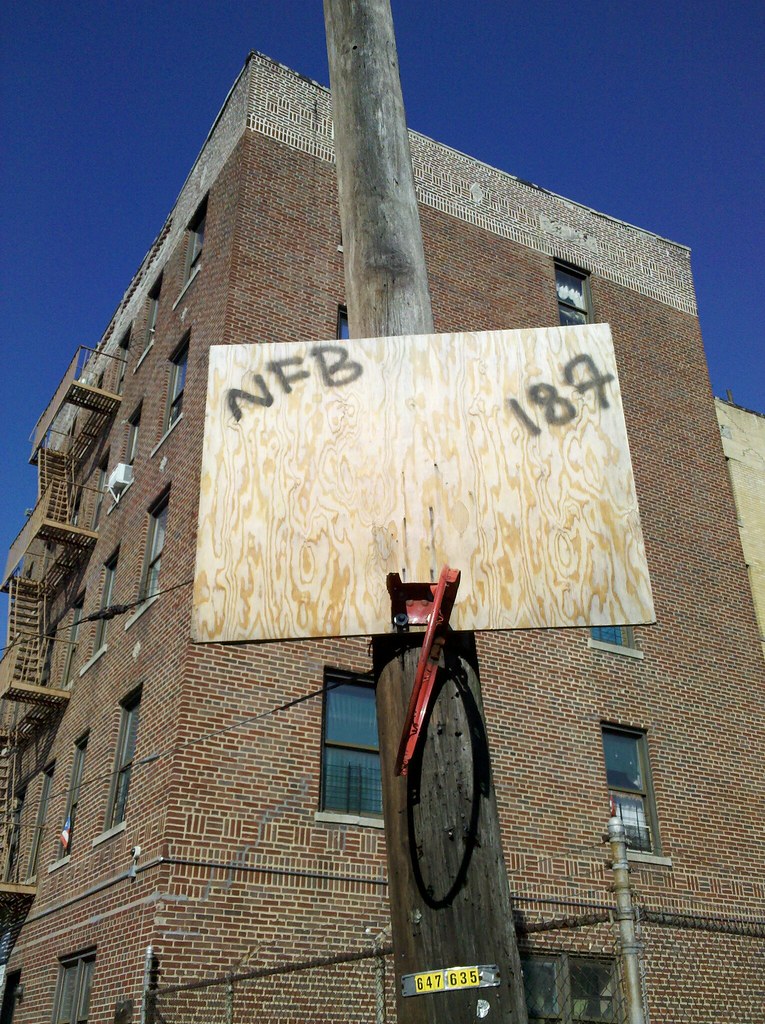 Many of America's most renowned sideways basketball players have honed their skills on this court. 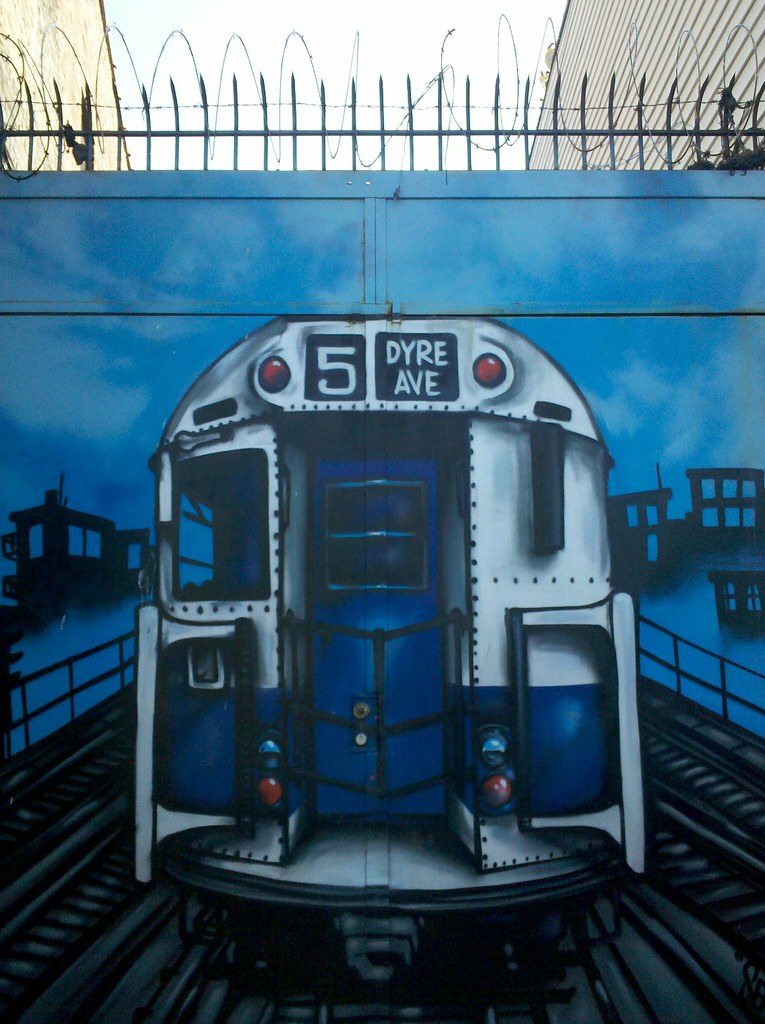 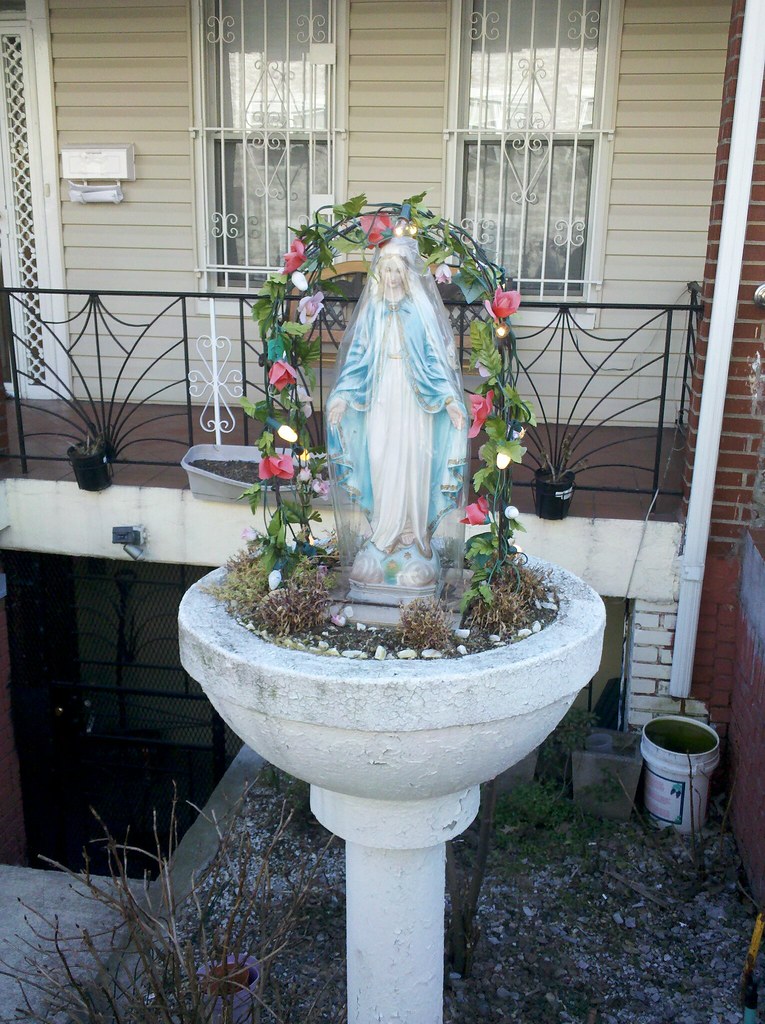 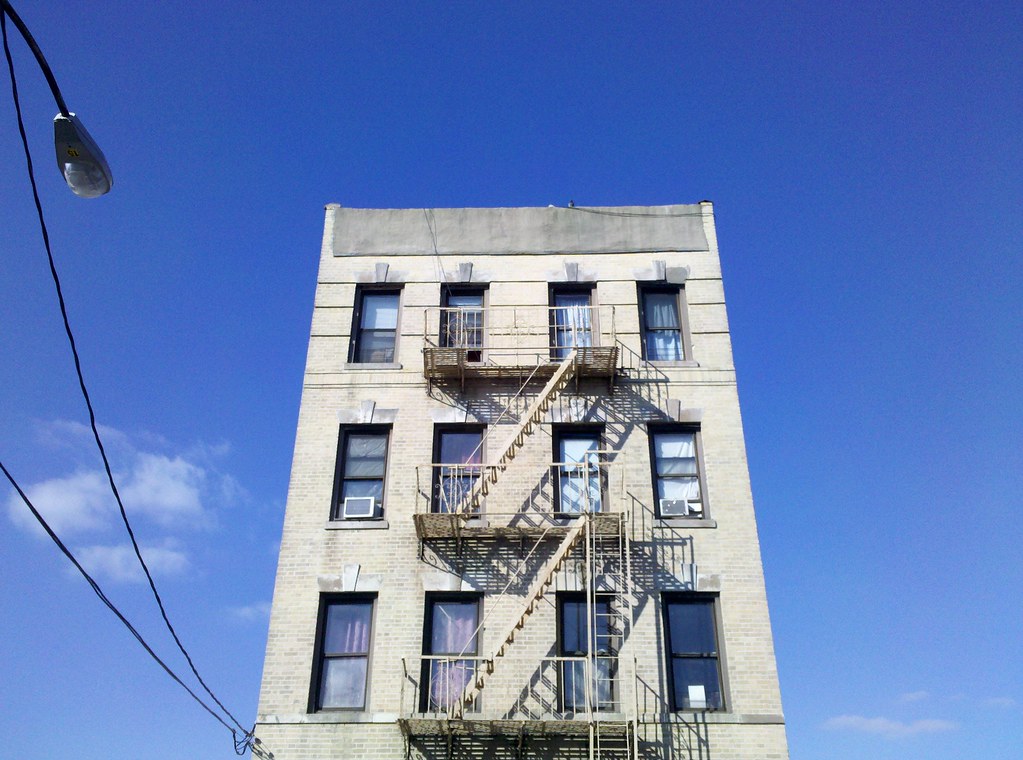 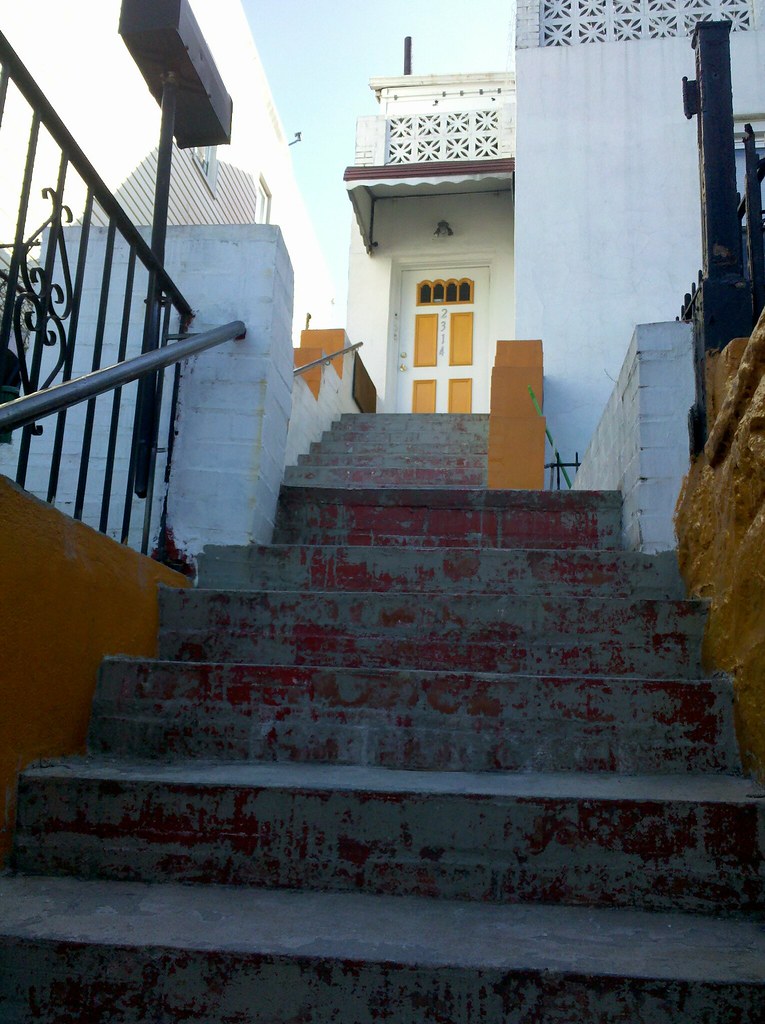 Two can play at this game 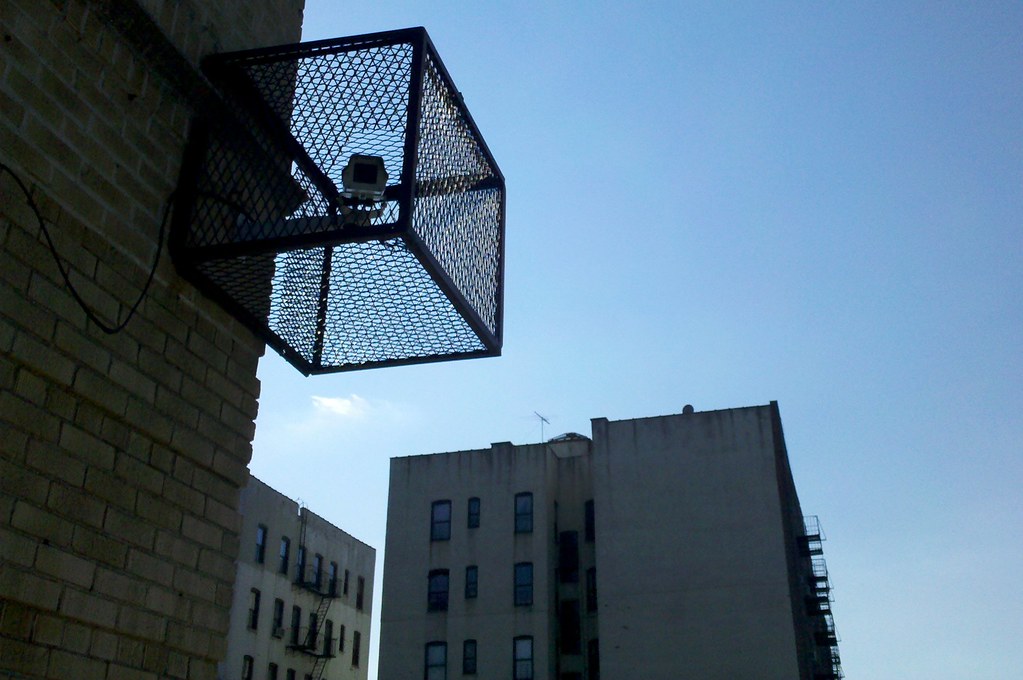 Our Blessed Lady of Mop Handles 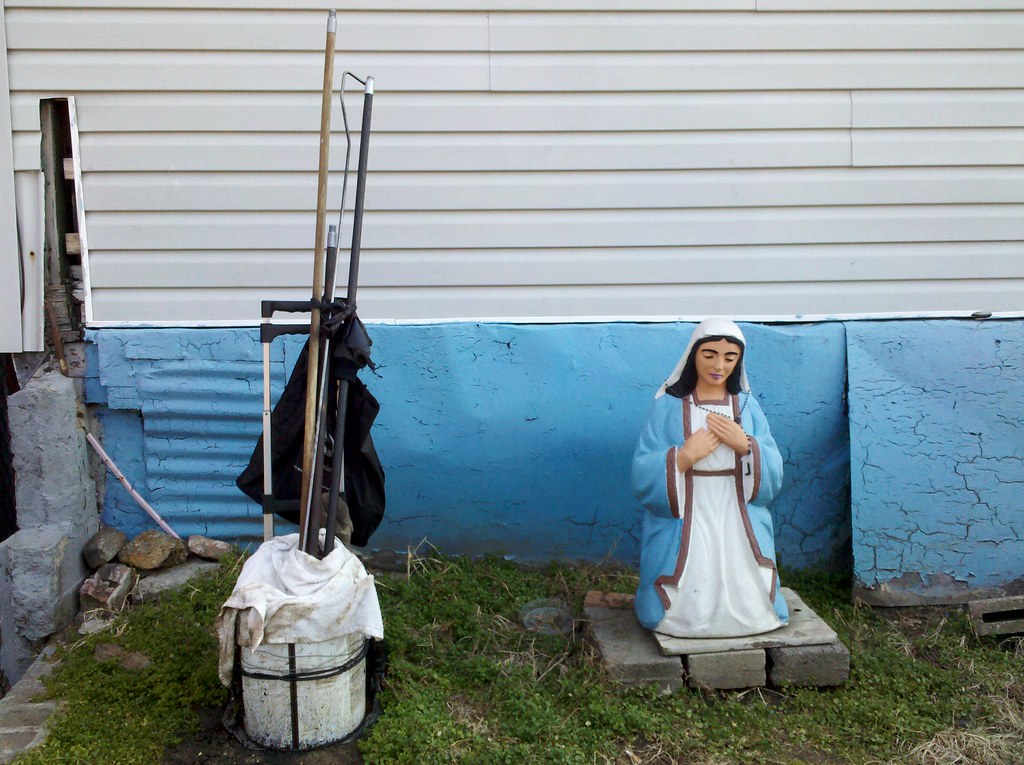 Bronx Charter School for the Arts 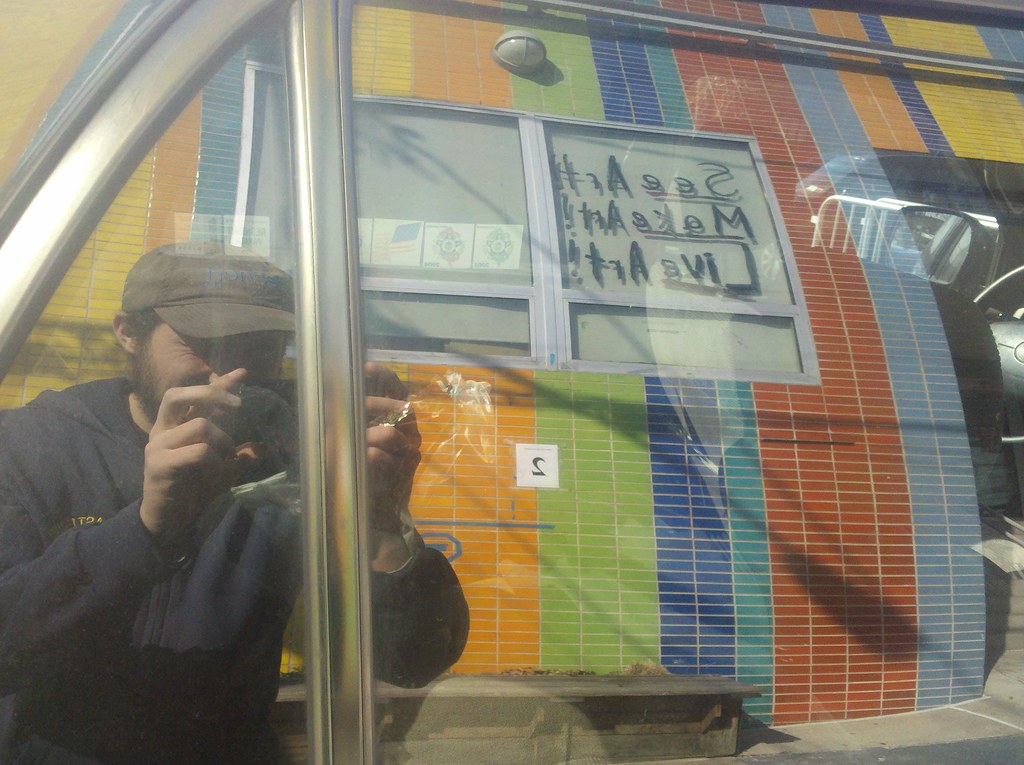 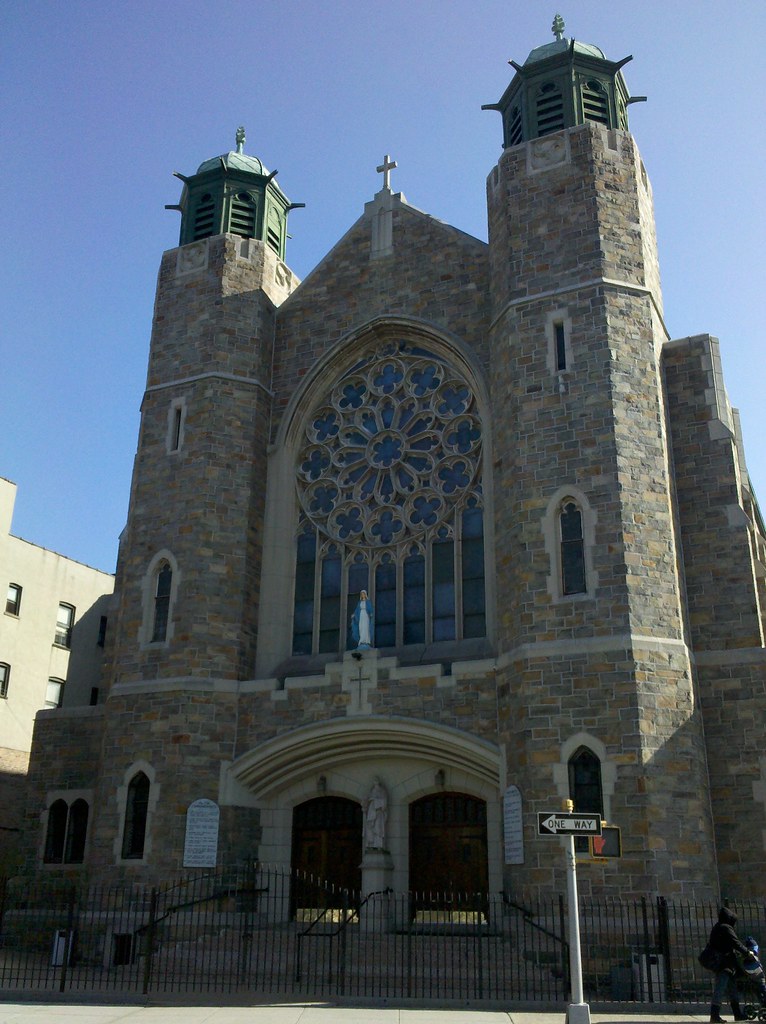 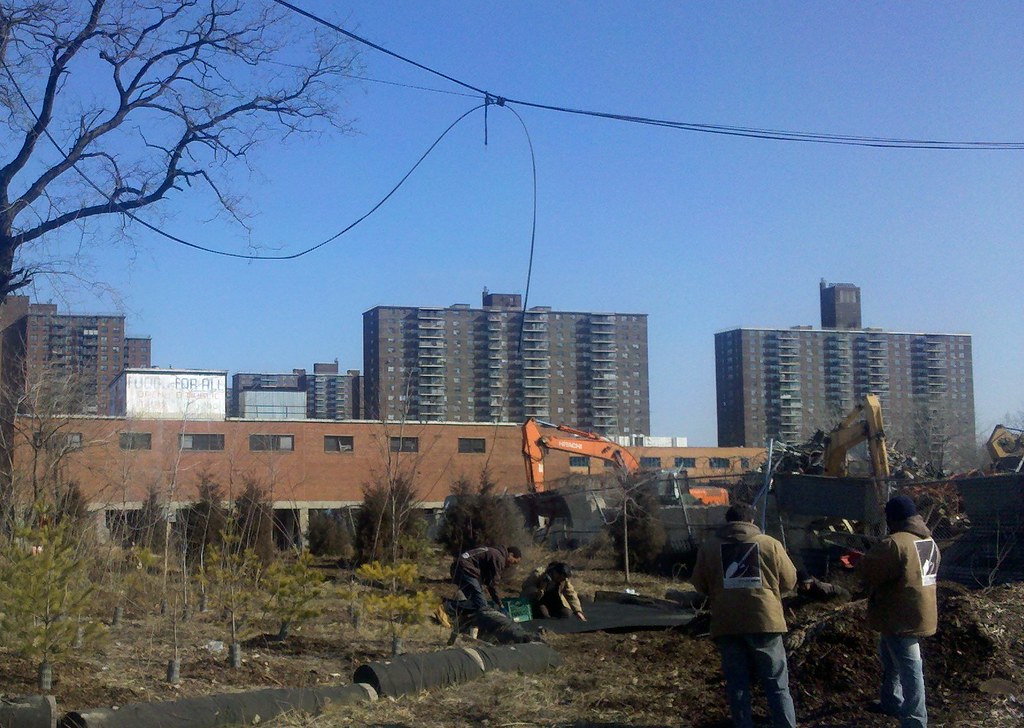 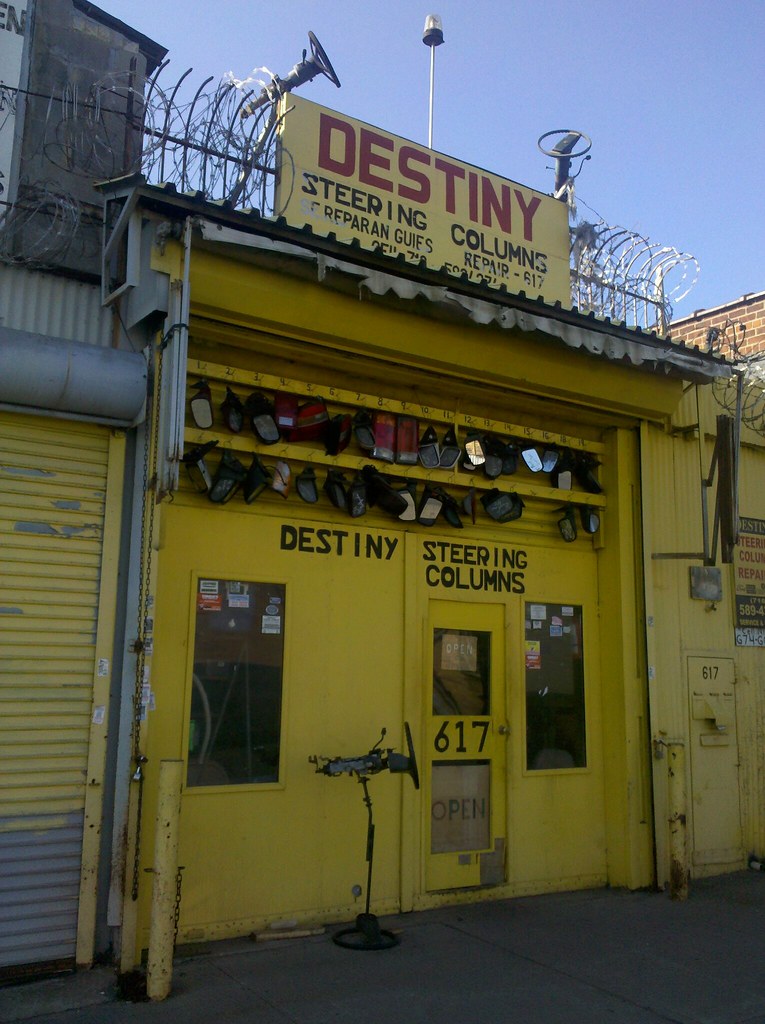 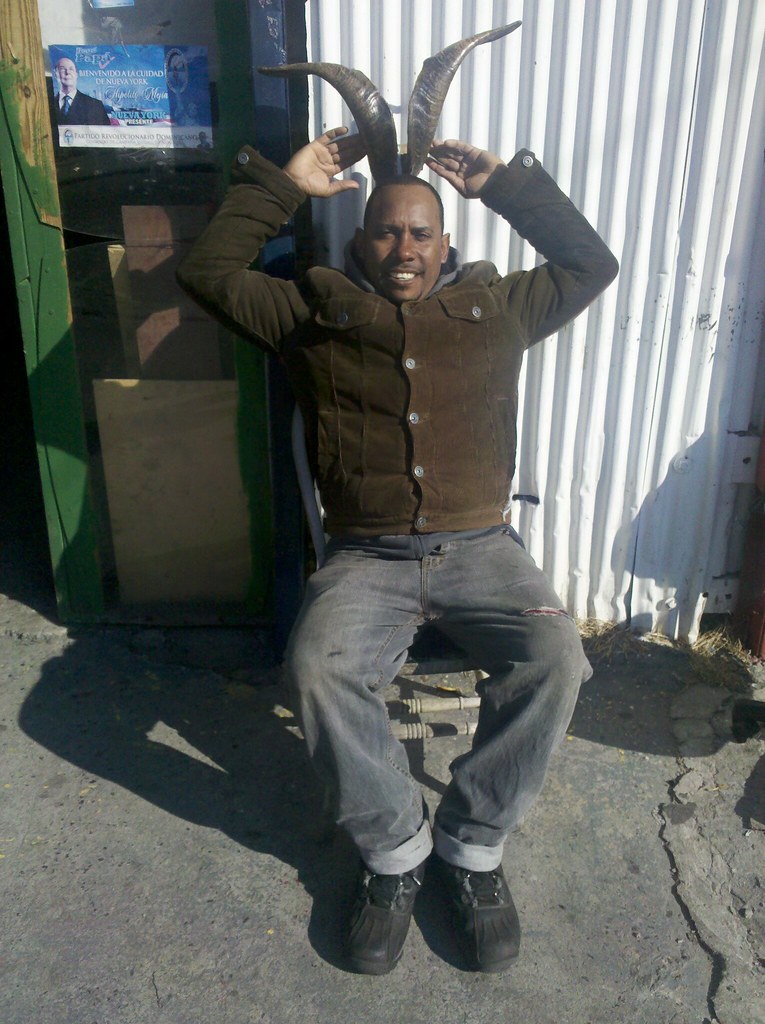 A man with a camera is not generally extended a very warm welcome in an industrial neighborhood. The people you meet in these areas tend to have a hard time believing anyone would choose to spend his free time, or could find anything interesting or beautiful, in their corner of the world, and so they instead assume you're up to no good, and treat you accordingly with suspicion.

But sometimes you run into someone like Fernando, whose natural instinct is to embrace the world around him rather than question it. If some weird dude with a camera happens by, maybe you can have some good laughs with him instead of worrying what he's doing there.

As I approached Fernando's auto parts shop (I assume that's what it was — there were ten million side-view mirrors hanging from the walls and ceiling), I noticed a window full of snapshots. On closer inspection, all the pictures featured someone sitting in a chair with some sort of horns sticking out from the top of their head. As soon as Fernando saw me looking at the photos, he invited me to take a seat in the famous chair so he could photograph me, and he was happy to pose for my camera as well. I couldn't communicate with him well enough to ask about the significance of the horns, but his co-worker did excitedly show me another impressive pair, this one mounted above the fire extinguisher and attached to a cattle skull that looked like it came straight from a clichéd movie desert.

(On the wall behind him you can see a poster for Hipólito Mejía, who is opposing Danilo Medina in the upcoming Dominican presidential election.) 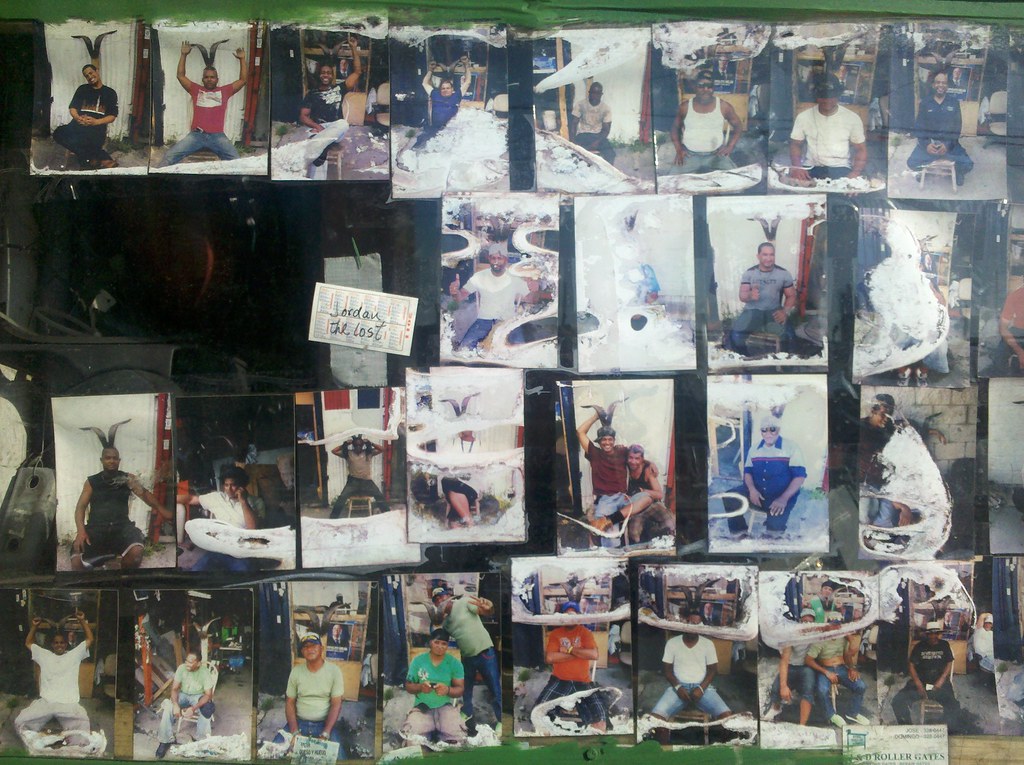 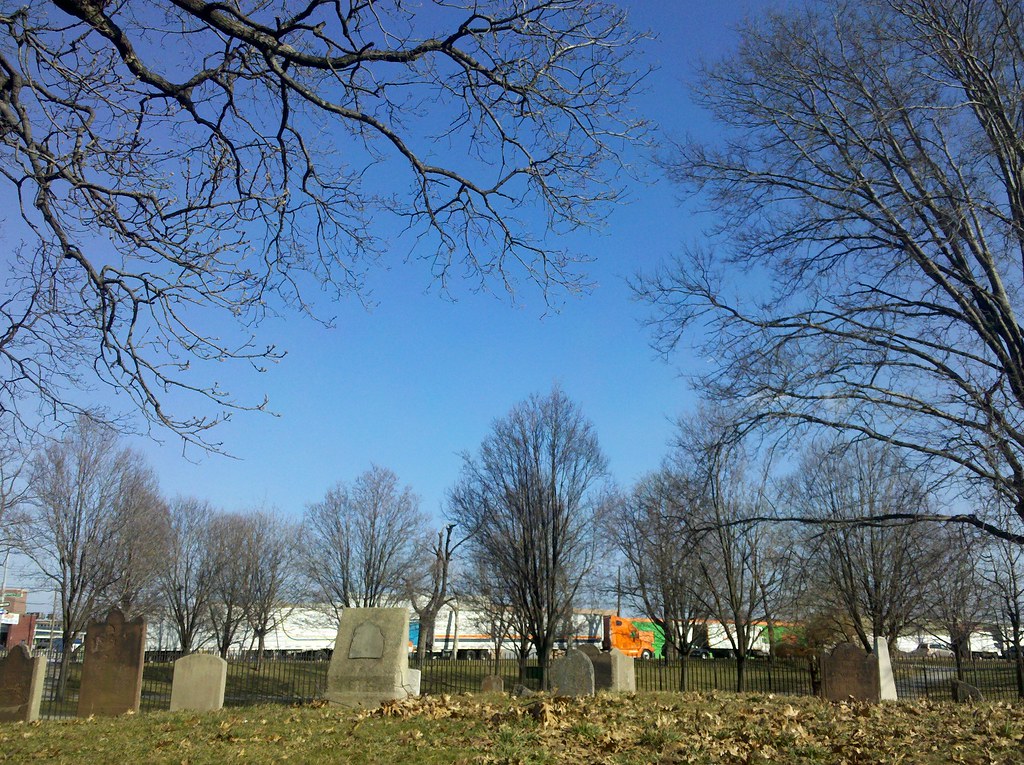 This cemetery, whose oldest headstone dates to 1749, is contained within Drake Park, one of the few spots of green left amidst the vast industrial landscape of Hunts Point, and the site of a Cornell University/Parks Department investigation into the effectiveness of different types of trees in removing pollutants from the air.

Hunts Point was once a pastoral paradise, drawing wealthy New Yorkers to its teeming shores and verdant fields. First settled in the late 1600s by Robert Hunt and his family, it maintained a rural character into the early years of the 20th century. Looking around now, it's hard to imagine the orchards and dairy farms that stood here less than 100 years ago.

The Hunt estate was a home away from home for Joseph Rodman Drake, a physician and poet who died of tuberculosis in 1820 at the age of 25. Fifteen years later his daughter published a collection of his works, the best known of which are The Culprit Fay and The American Flag. For a good part of the 19th century, Drake and Fitz-Greene Halleck (his friend and fellow poet), were widely renowned as two of America's greatest literary figures (although Edgar Allan Poe would beg to differ), but they have since been almost entirely forgotten by the public. They do live on, however, in the names of Drake and Halleck Streets, which, together with the parallel thoroughfares of Whittier, Longfellow, and (probably) Bryant, form a four-block-wide poetic boulevard running through Hunts Point.

Drake is buried here in the Hunt family cemetery, his epitaph written by his friend Halleck: 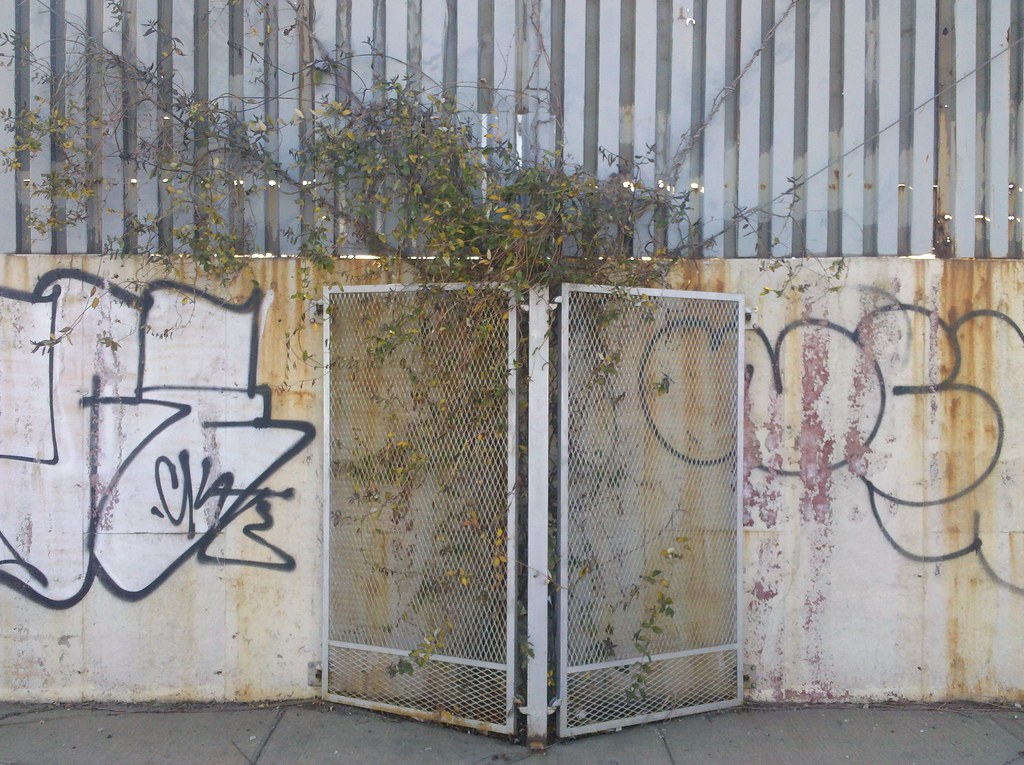 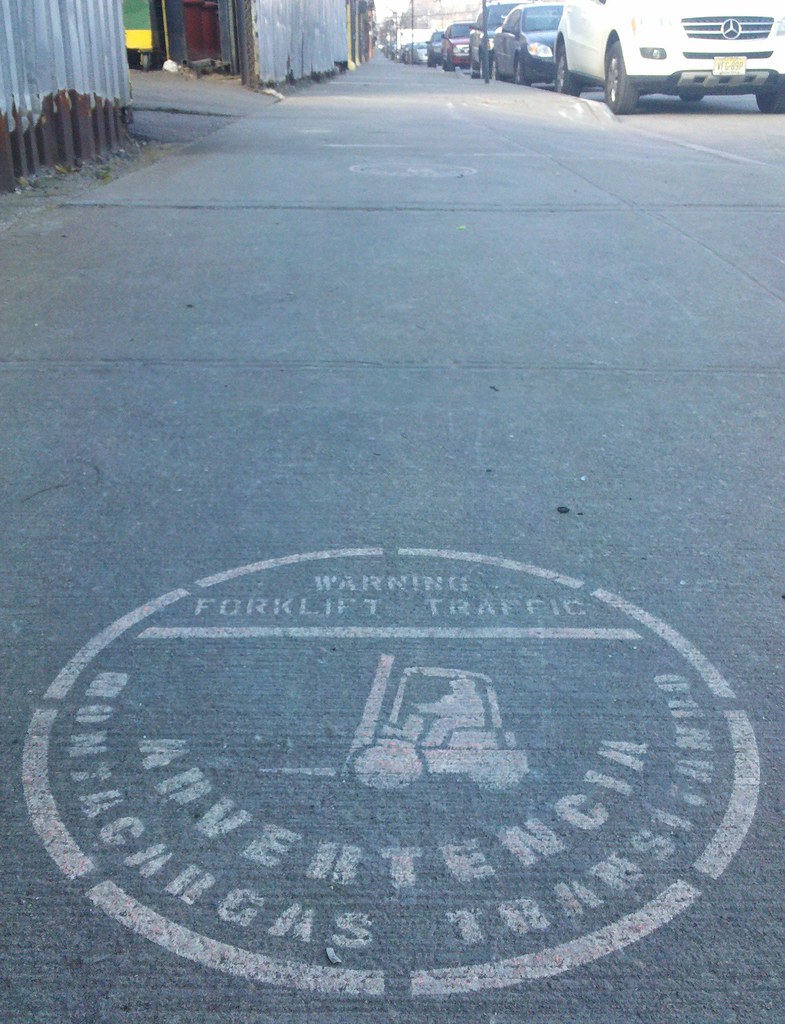 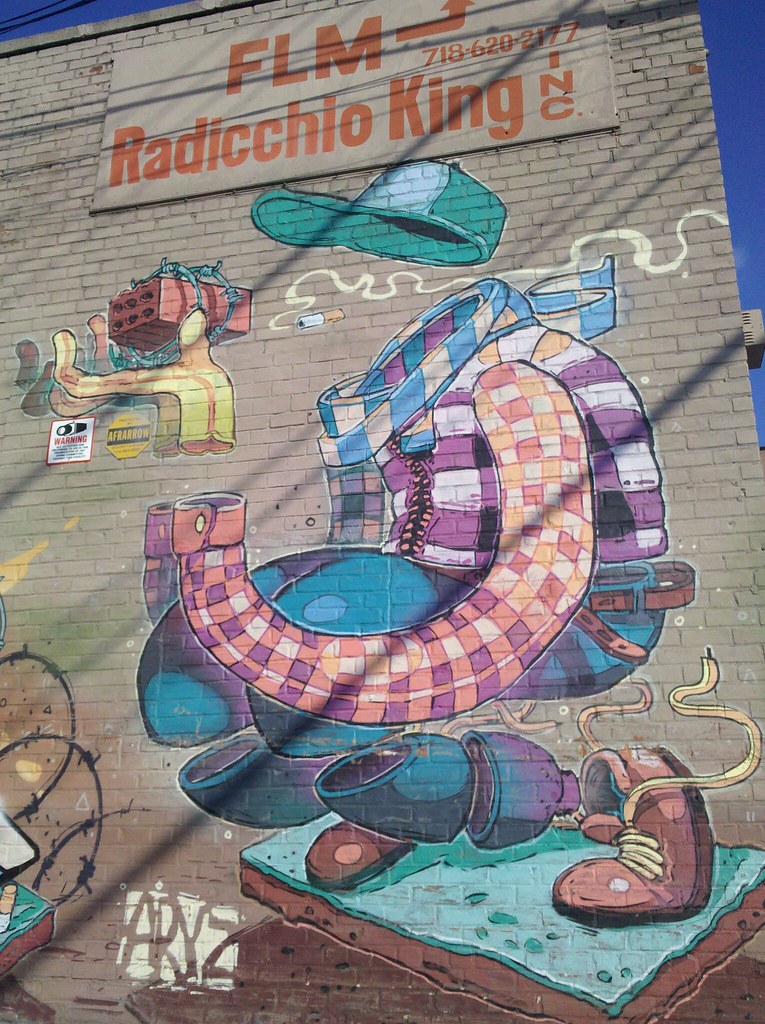 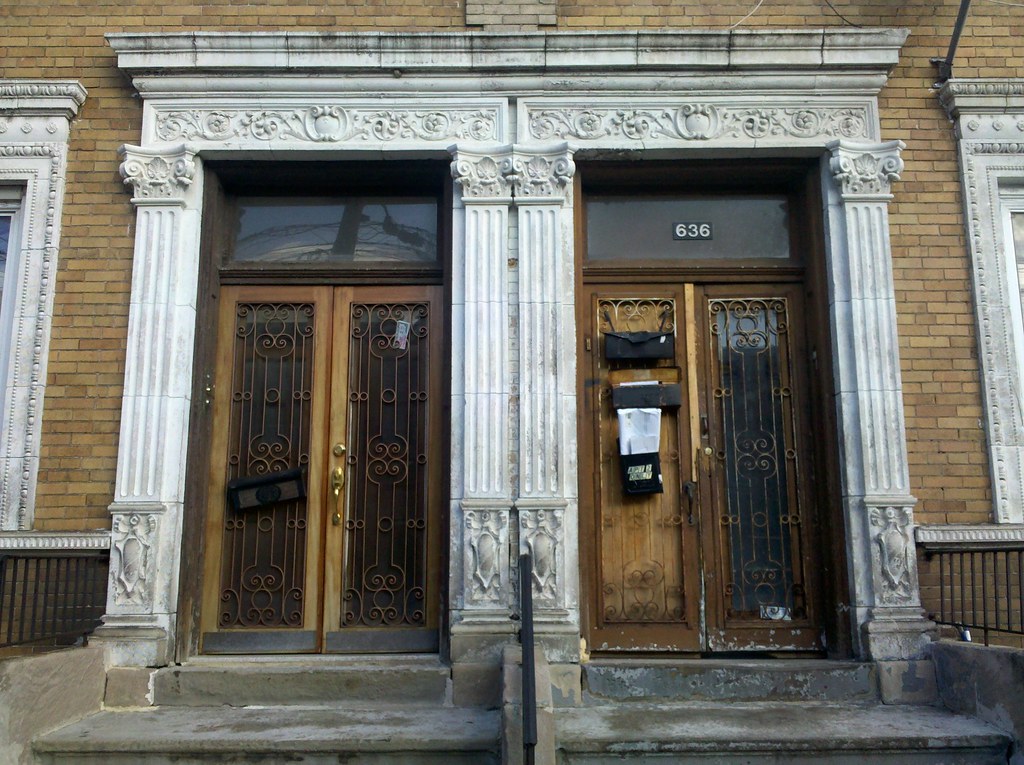 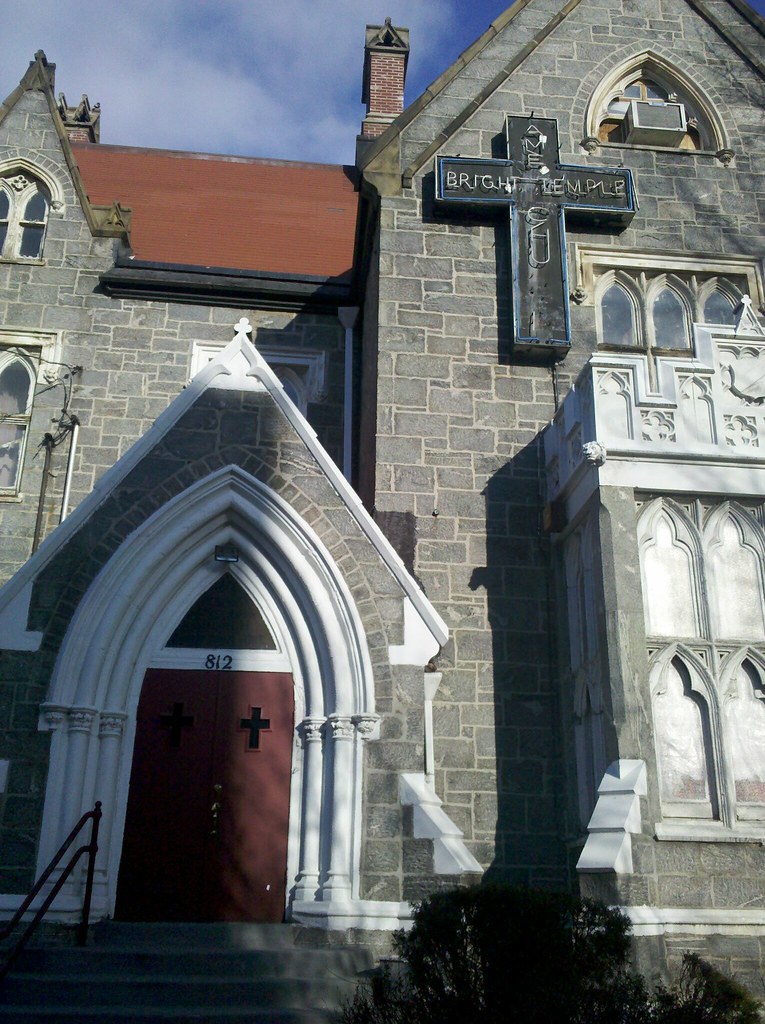 It’s hard to tell, but 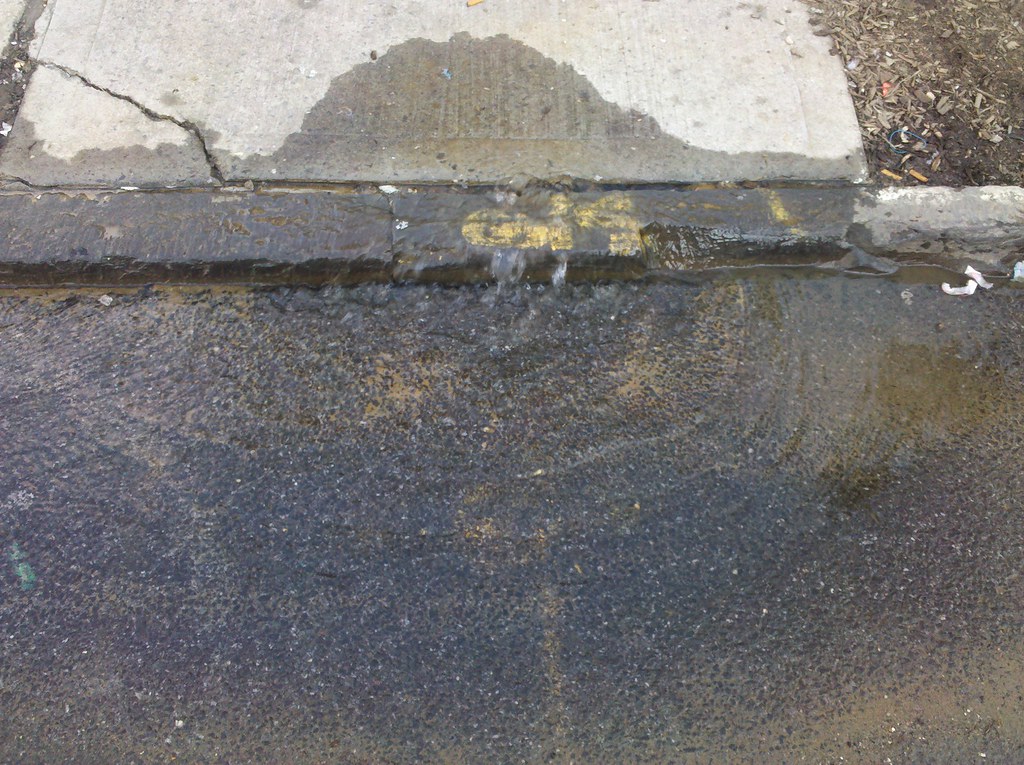 there was a considerable amount of water gushing out of the sidewalk crack. A water line must have burst beneath the pavement; a guy walking past told me it's been like that for over a week. The leak created a little stream flowing all the way down the block, around the corner, and down that block as well. 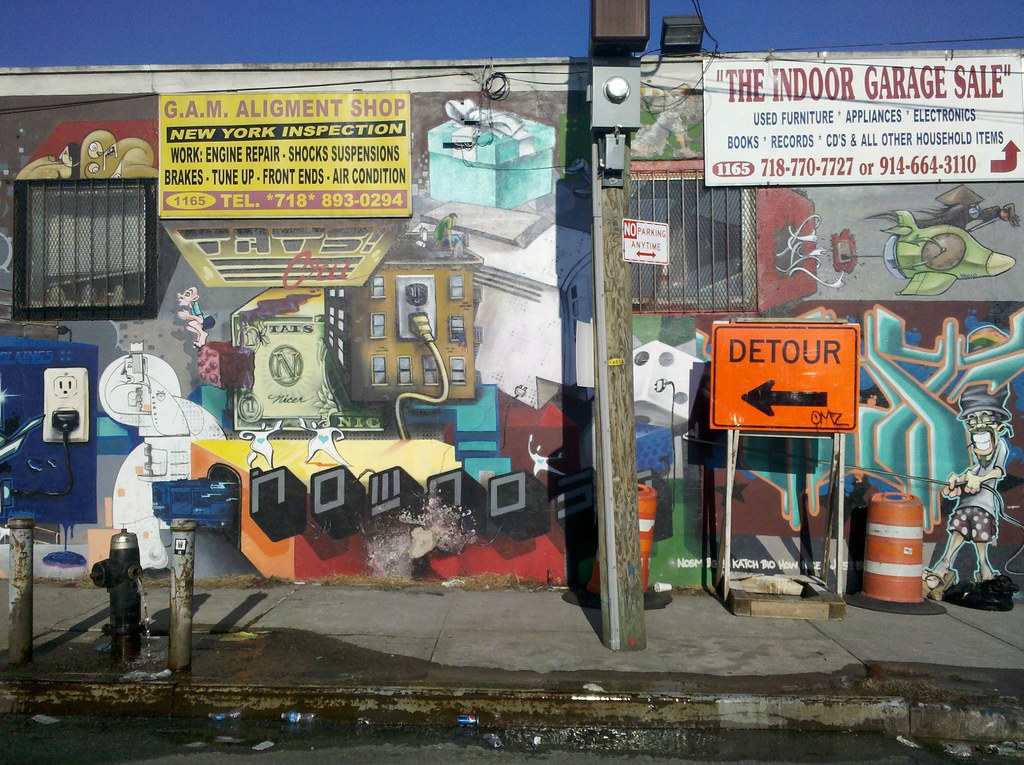 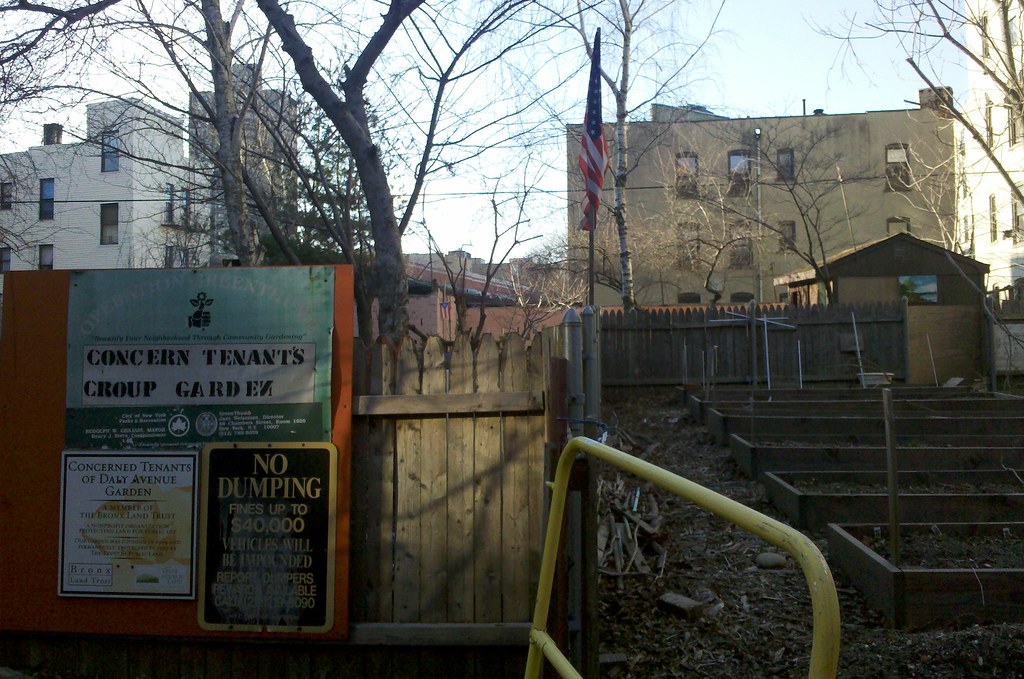