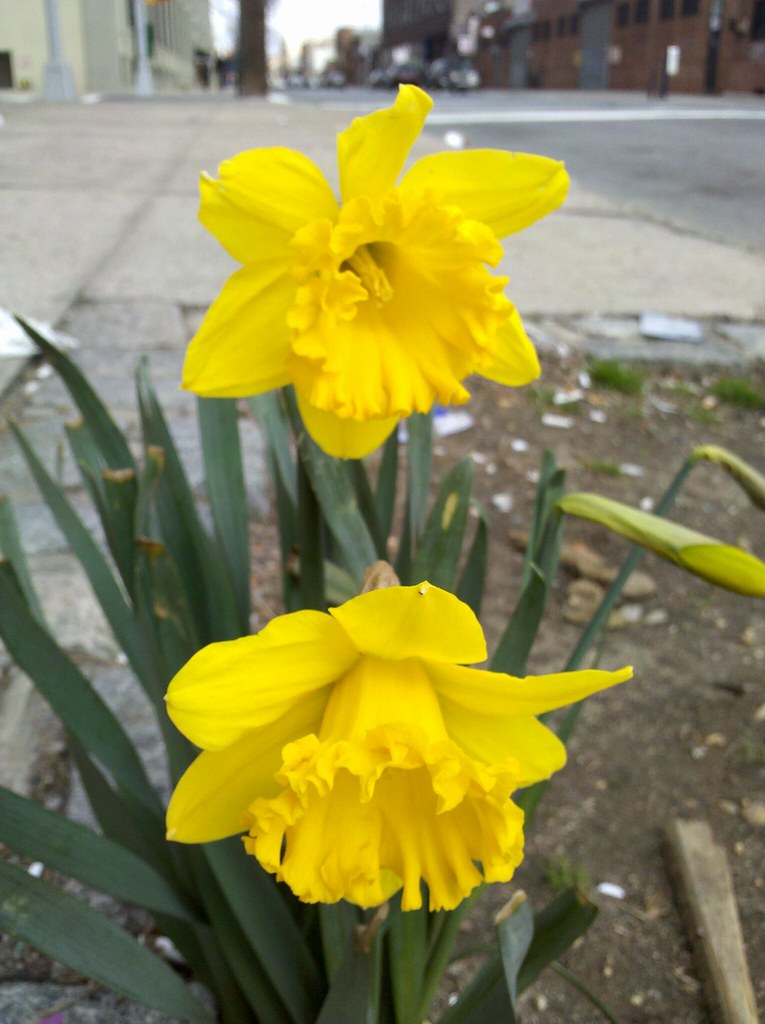 amidst a dreary sea of litter 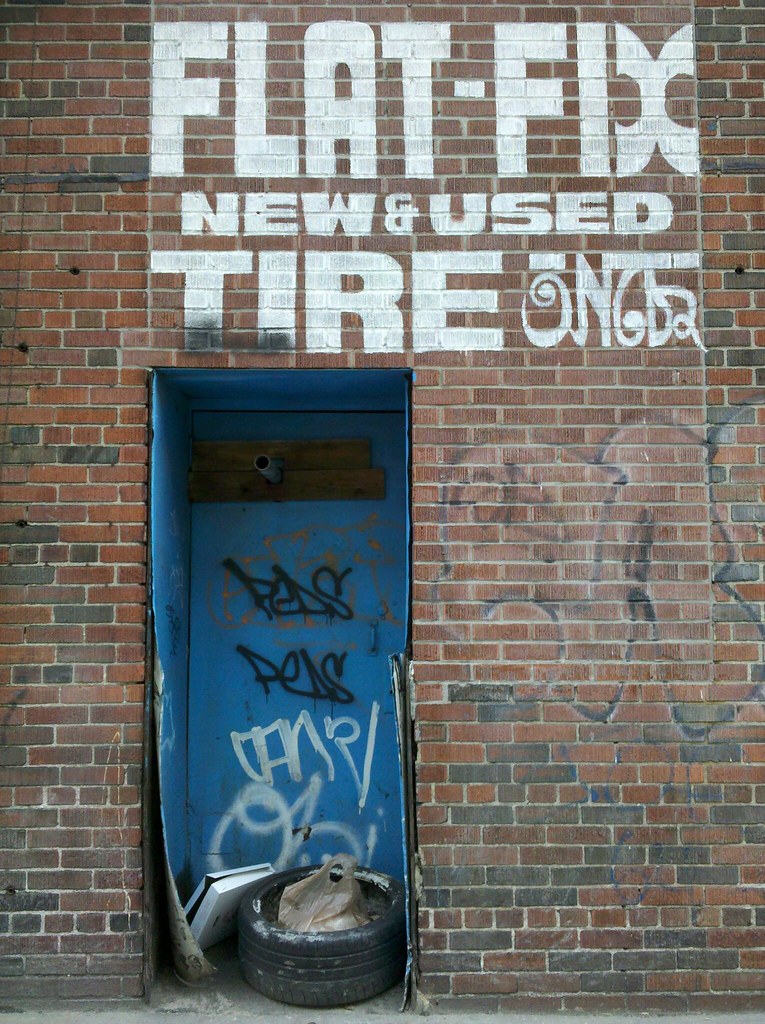 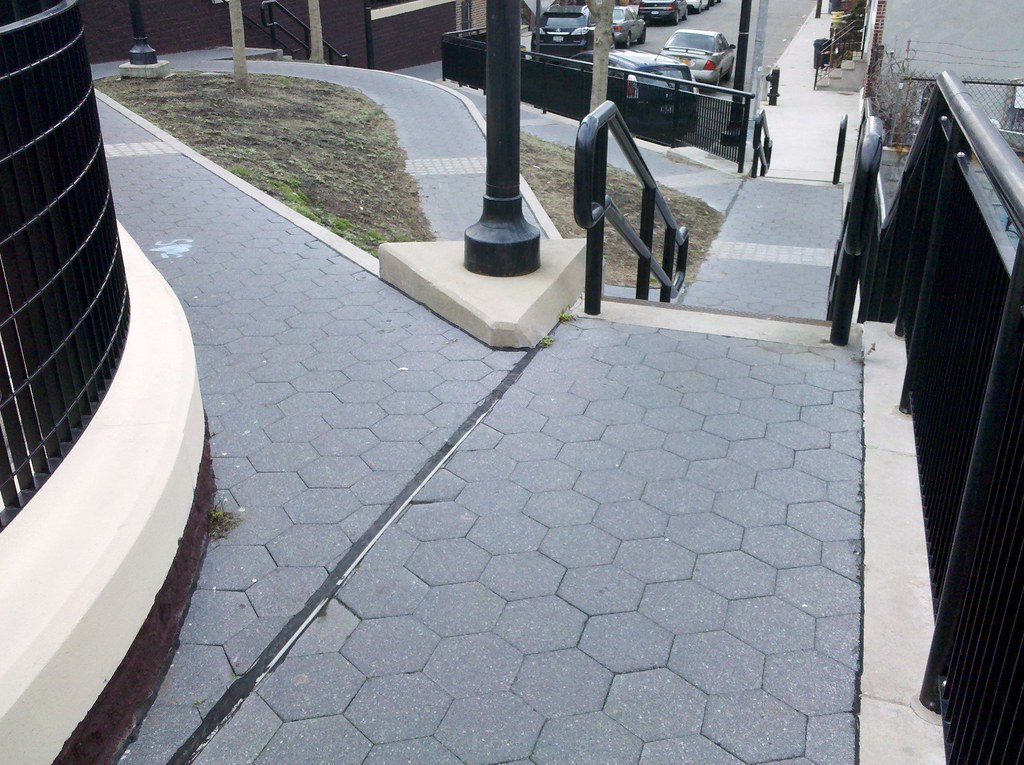 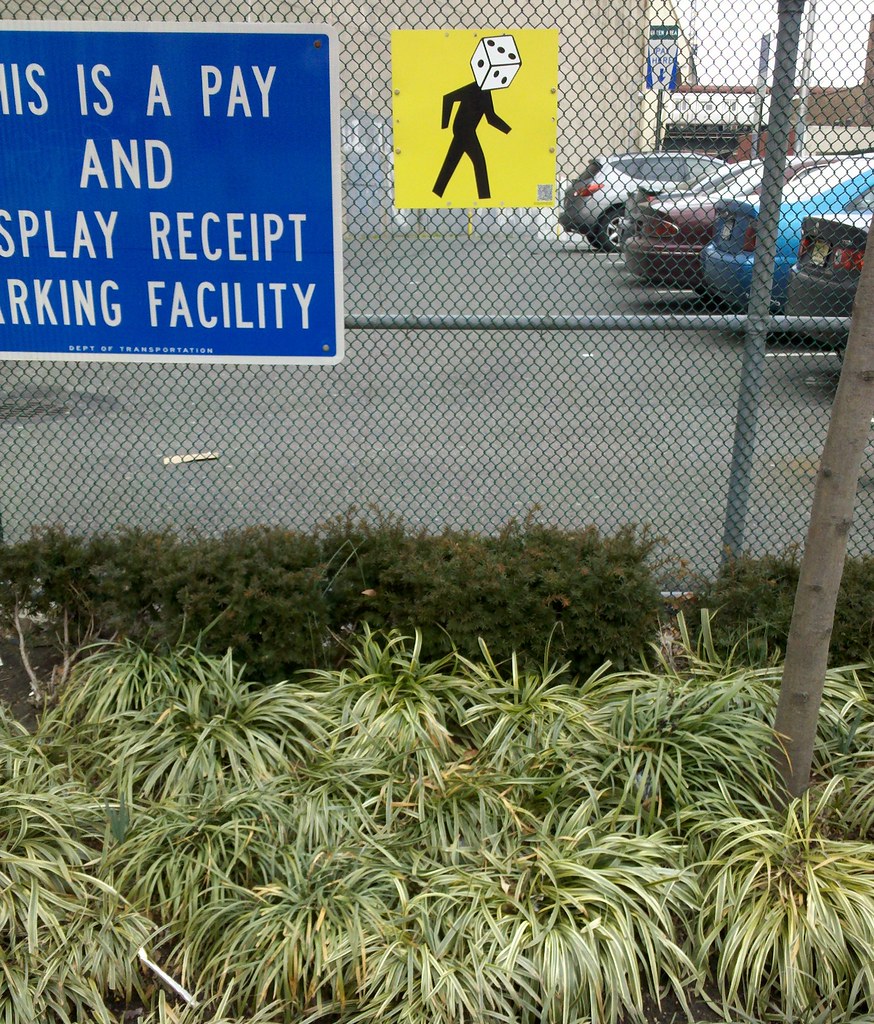 The first Curbside Haiku sign I encountered was mounted so high that I had to balance atop a bollard to scan its QR code (which is how you find out what the haiku says). And now this one (the fourth one I've seen) requires you to trample over all those plants to get in close enough to scan it. I've had it up to here with these haikus! I'm going back to limericks. 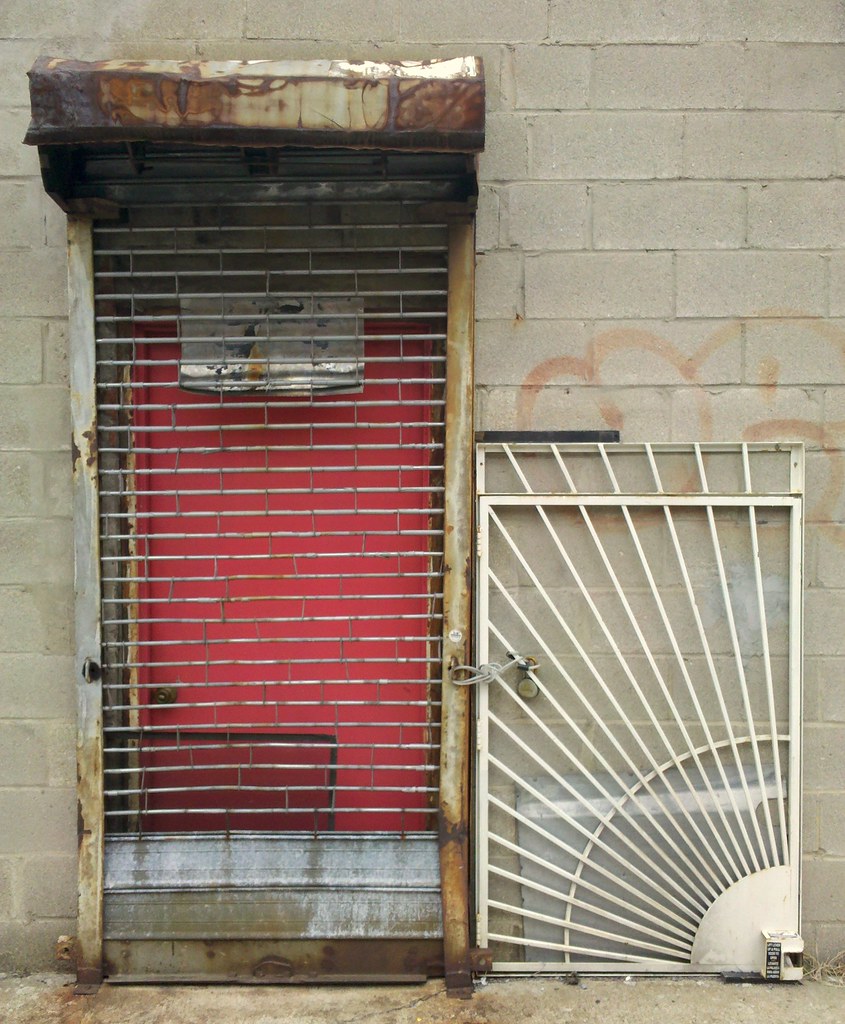 The short door is not just leaning there — it's actually attached to the wall! There must be something very valuable behind that little metal plate at the bottom. 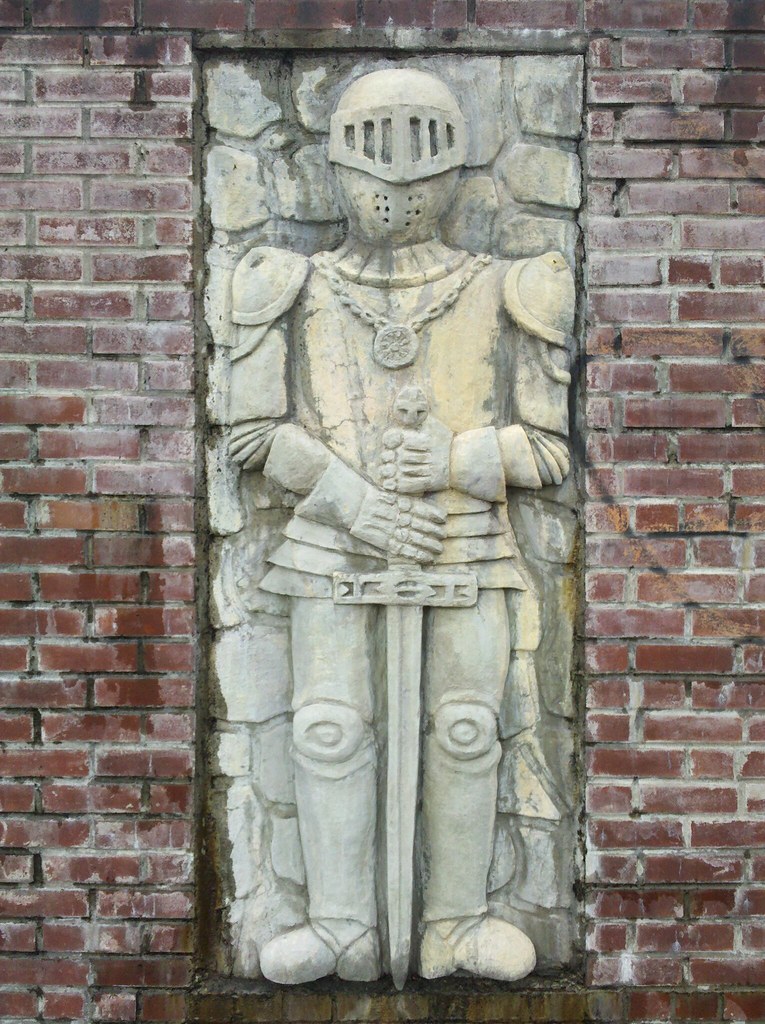 Part of an awesomely weird wall. There's an even better piece I'll photograph the next time I pass by. 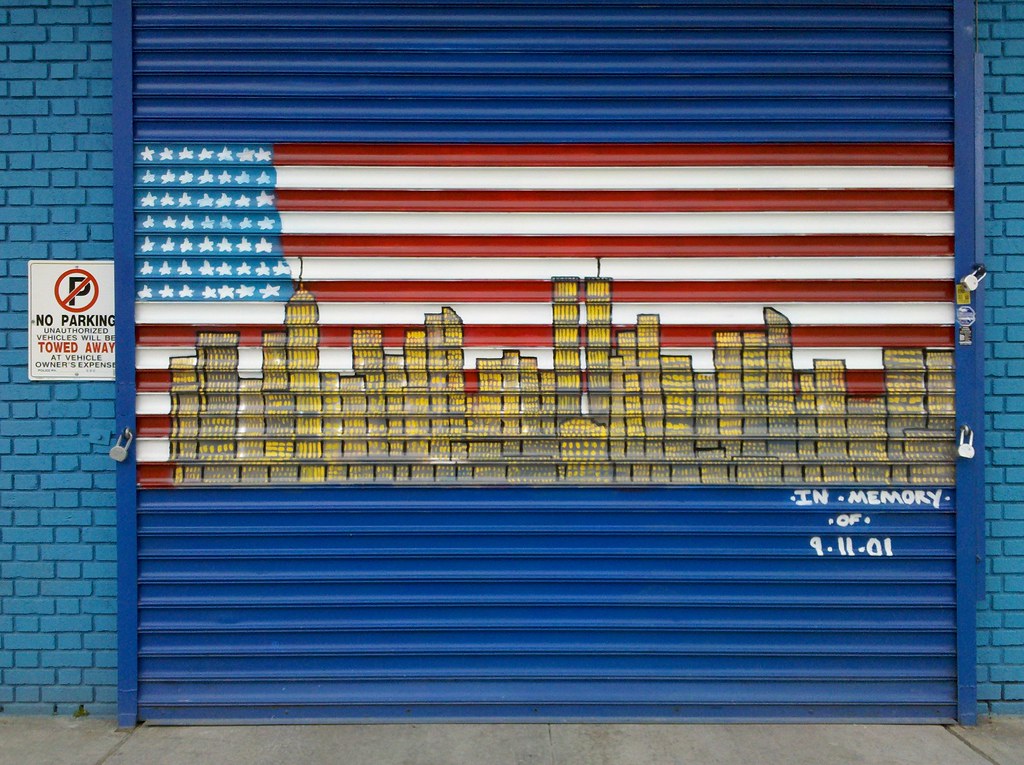 This place is all about ambiance 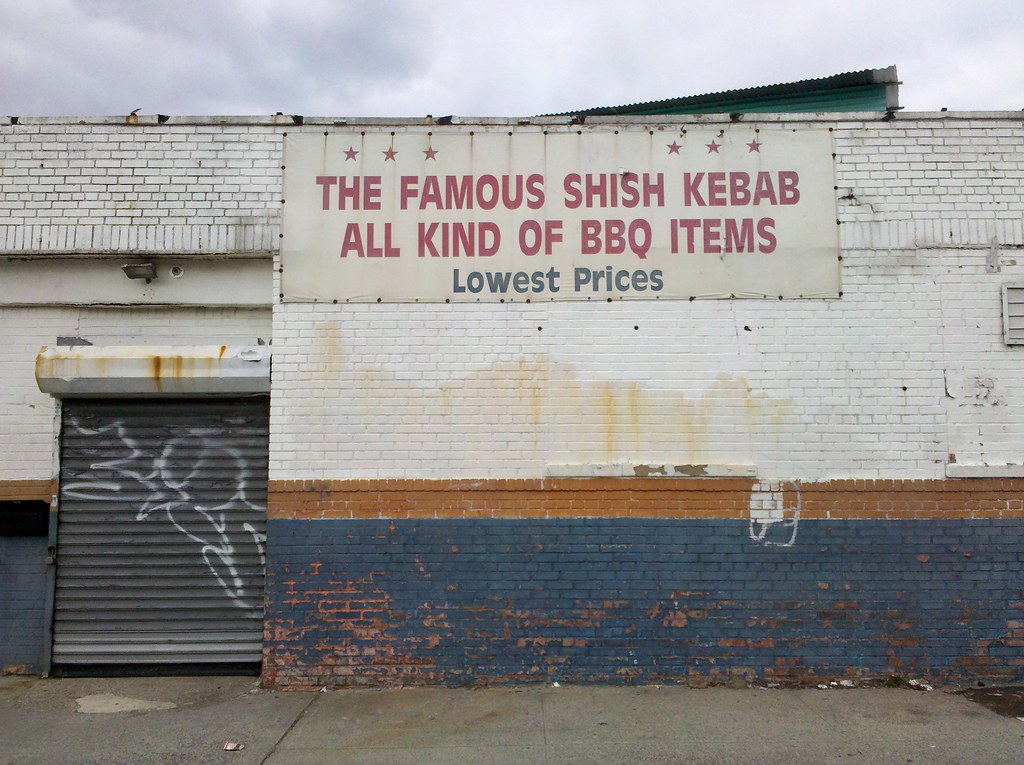 In case you're wondering, this is not a misleading photo: the whole building looks like this.

Well, that is what they’re made of 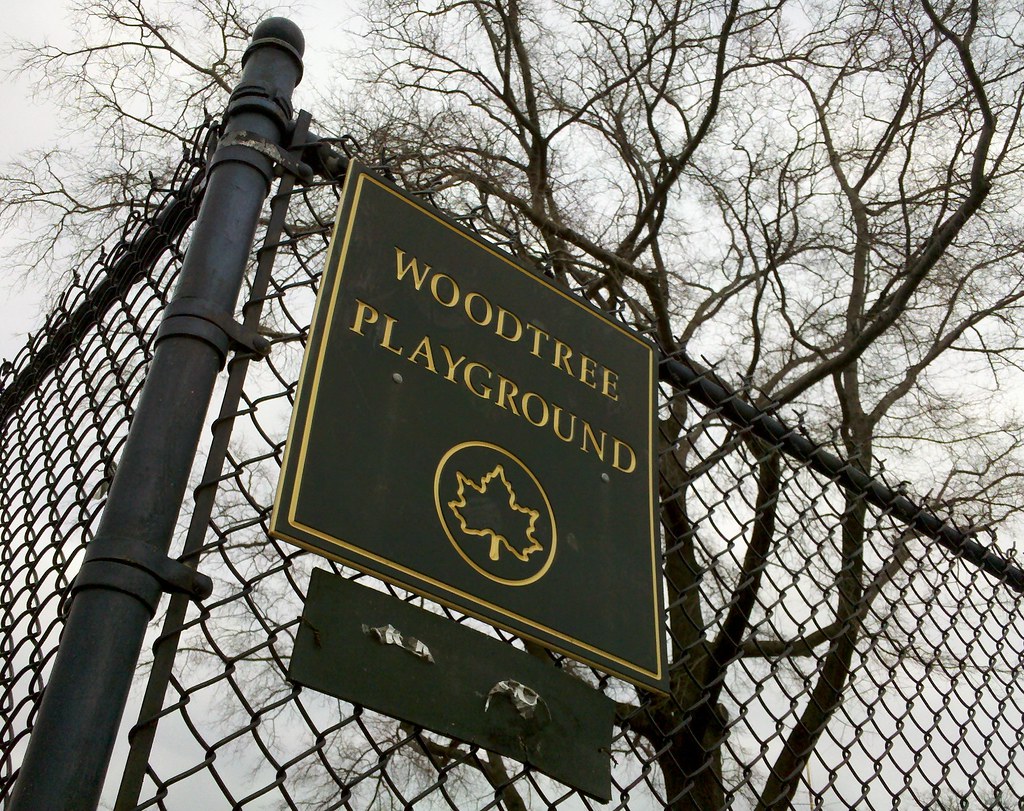 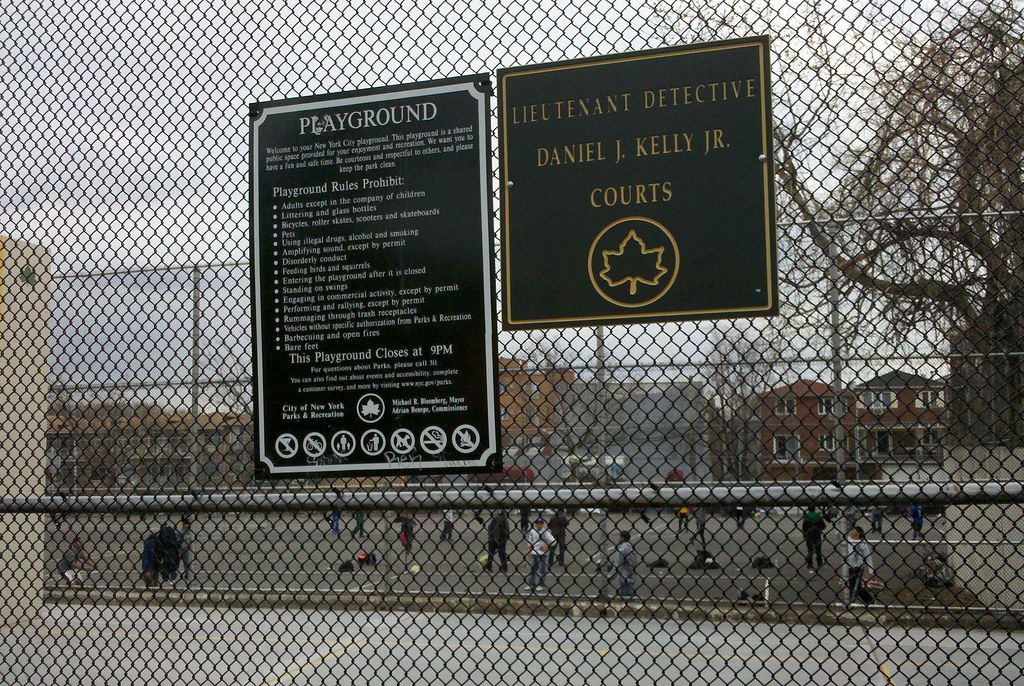 The handball courts were empty, but the volleyball game was going strong. 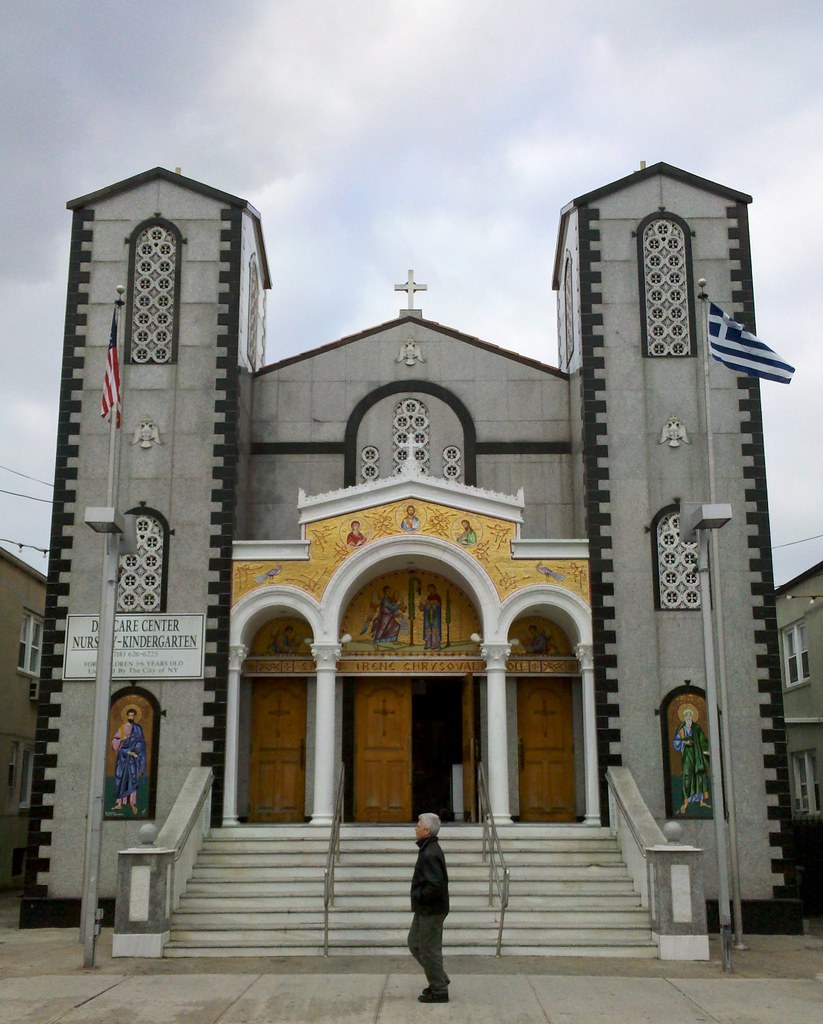 Well, to be precise, it's the Sacred Patriarchal and Stavropegial Orthodox Monastery of Saint Irene Chrysovalantou. The interior of the church is breathtaking, although it was too dark for my camera. There are many more beautiful pictures in the multimedia section of the monastery's website. 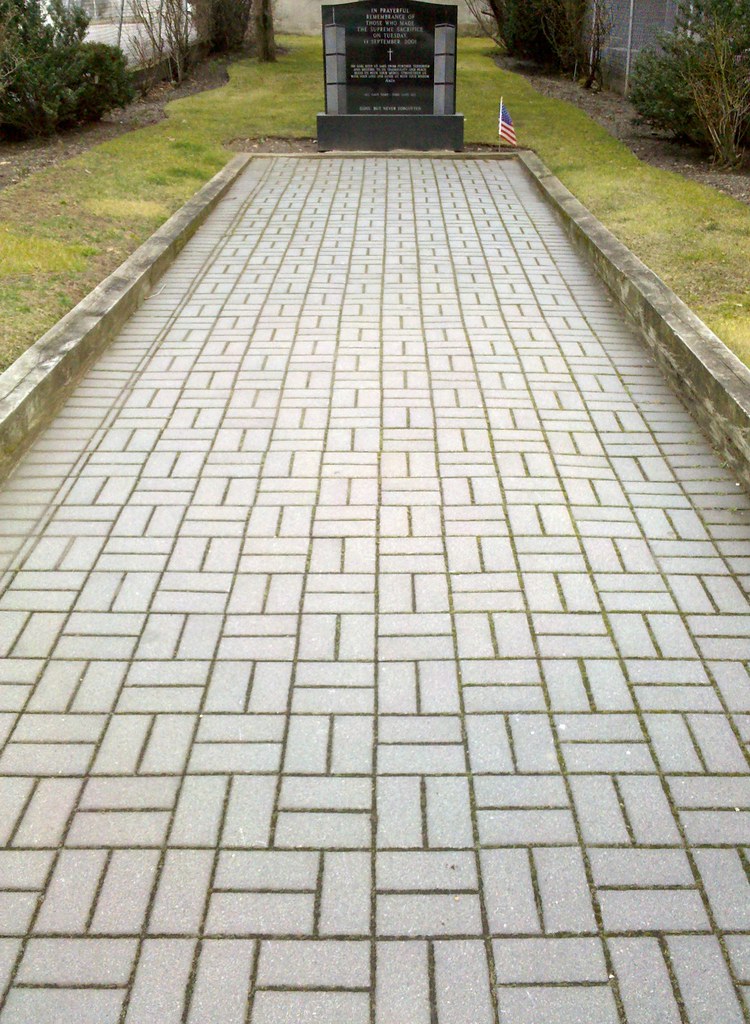 At Most Precious Blood Roman Catholic Church. Here's a close-up. 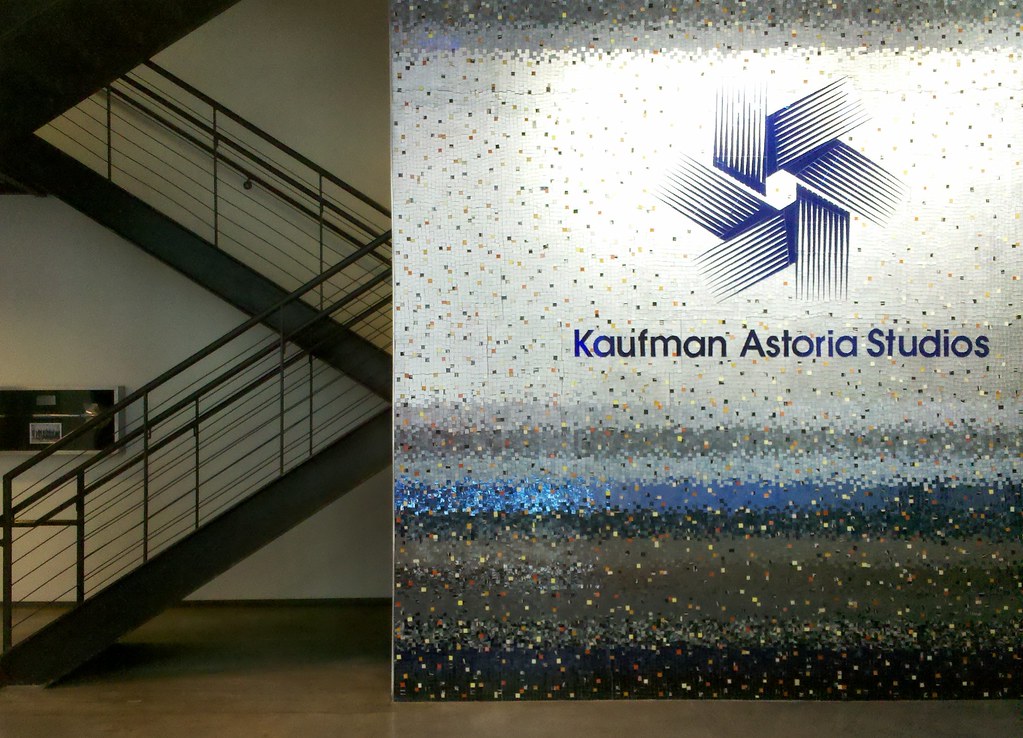 Originally known as Astoria Studio, its proximity to the theaters of Broadway made it a major production center in the early days of film — the first two Marx Brothers movies, among others, were shot here — but things died down after Paramount (who owned the studio) moved all their operations to California in 1932. The Army took over the studio in 1942, making training and propaganda films here for almost 30 years. Production activity started to pick up again in the late '70s, and many well-known movies and TV shows have been filmed here in the years since, including Sesame Street!

Museum of the Moving Image 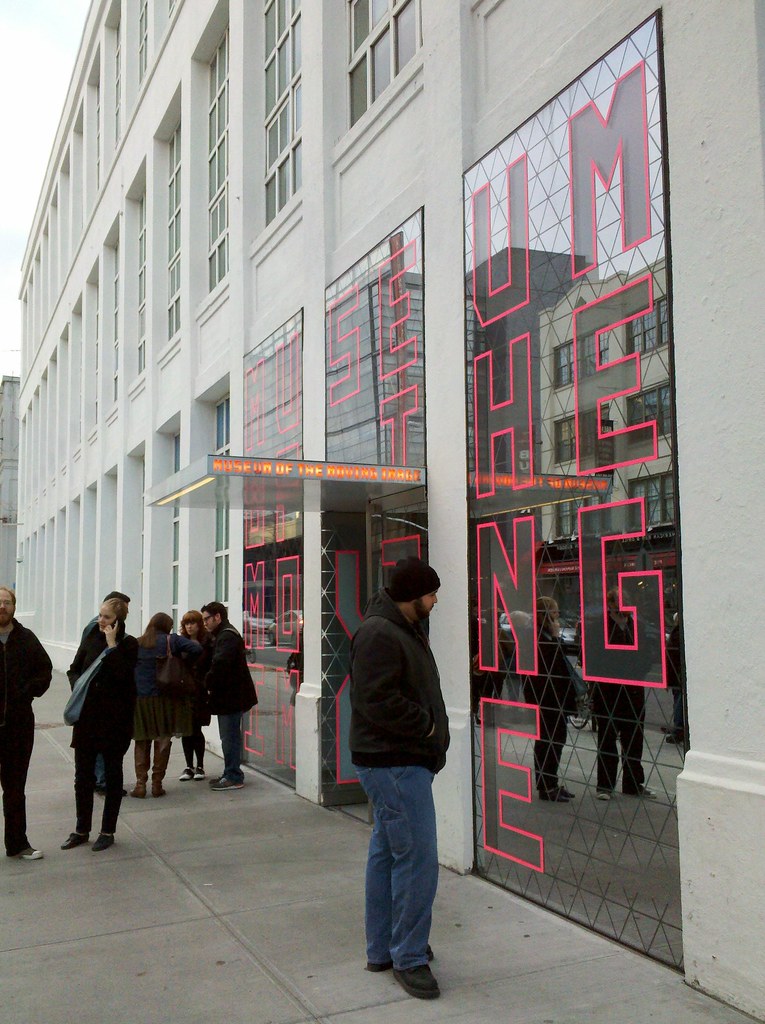 Housed in a former Astoria Studio building, the museum just re-opened last January after a massive renovation and expansion. Also of interest: your webmaster works here, as the Assistant Curator of Digital Media! 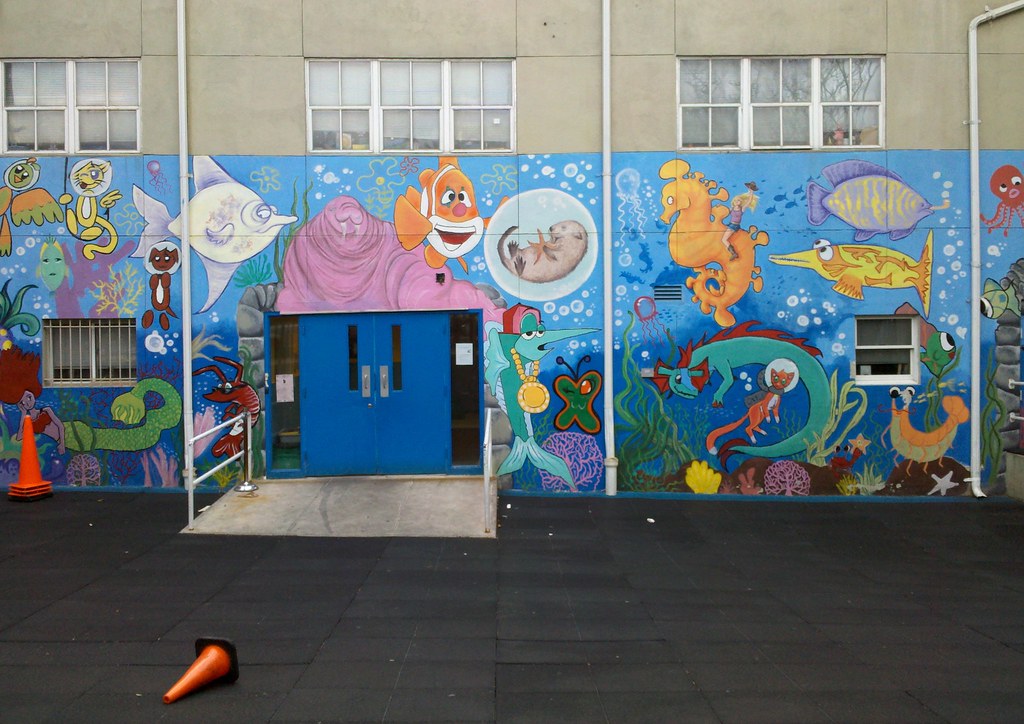 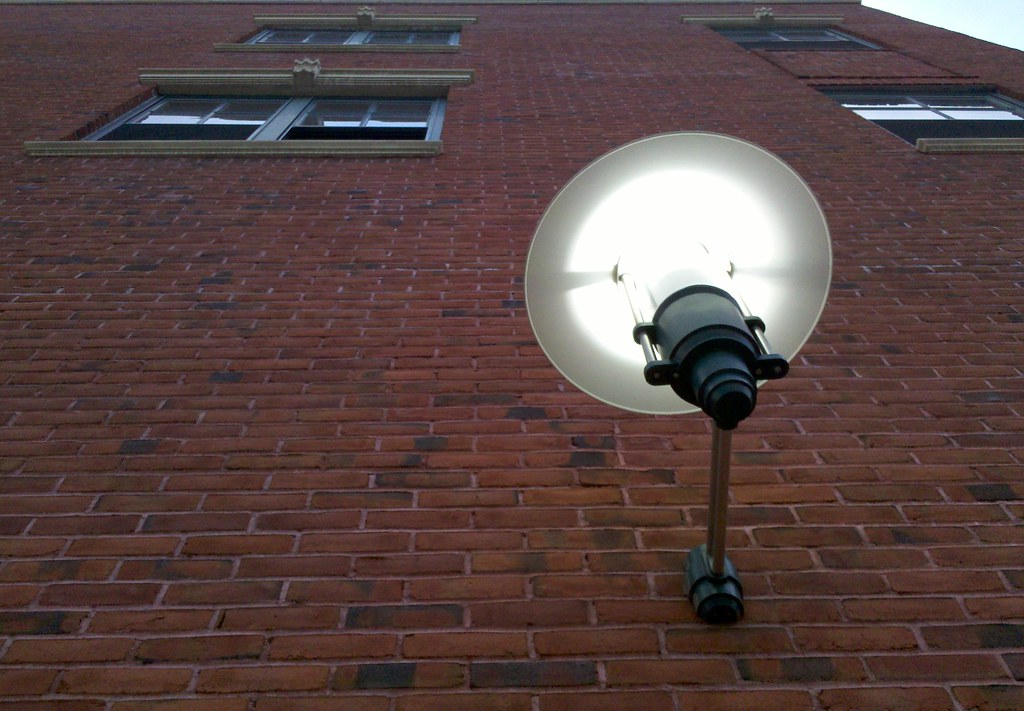