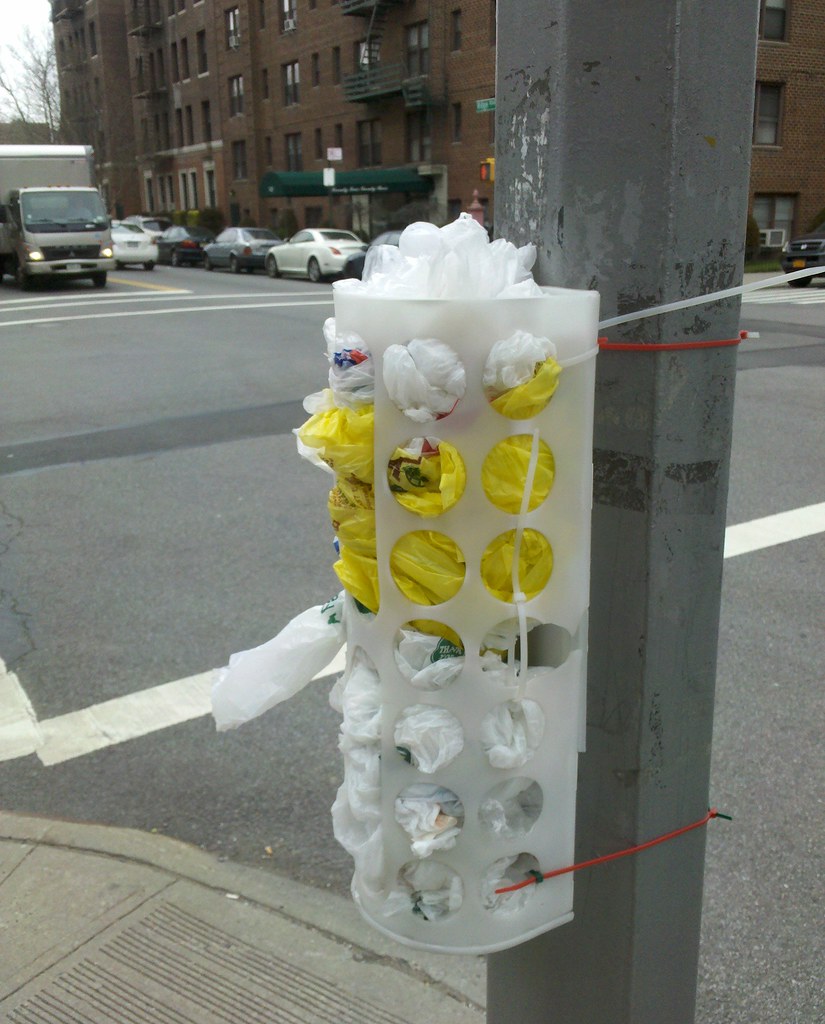 Picking up after your pet is a doody taken seriously here in Bay Ridge. 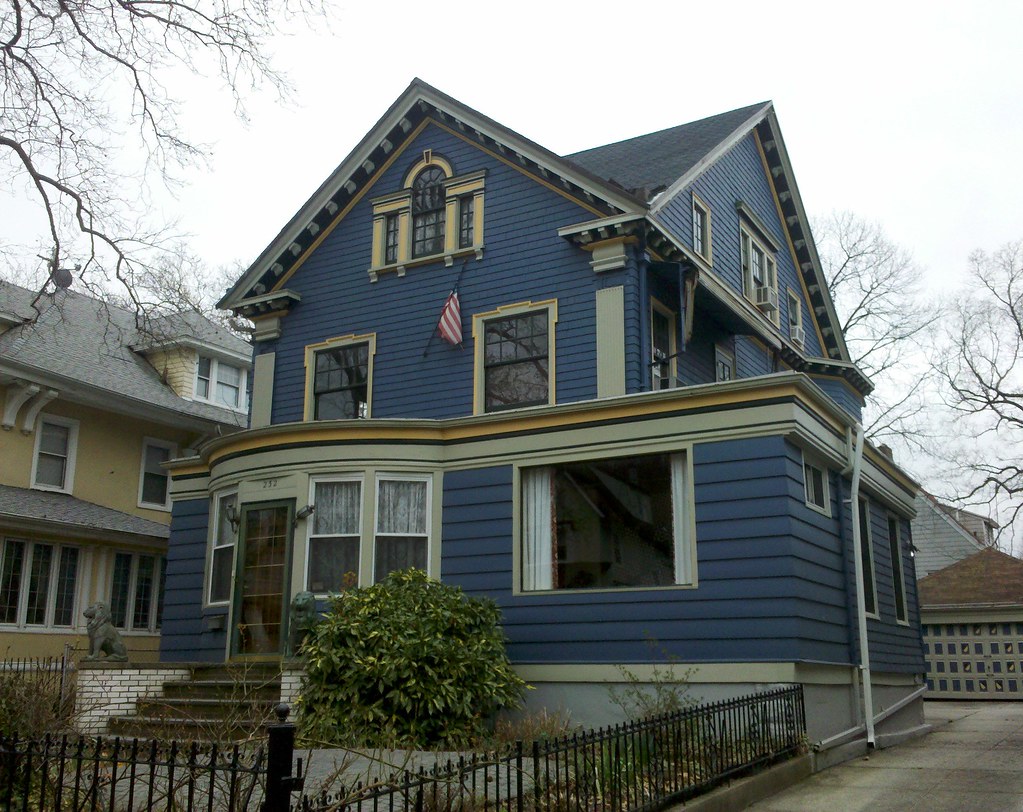 Prior to the arrival of the 4th Avenue subway in 1915, Bay Ridge was mostly known for the palatial summer homes built upon its shores. Even today, that grand residential heritage lives on in several parts of the neighborhood. 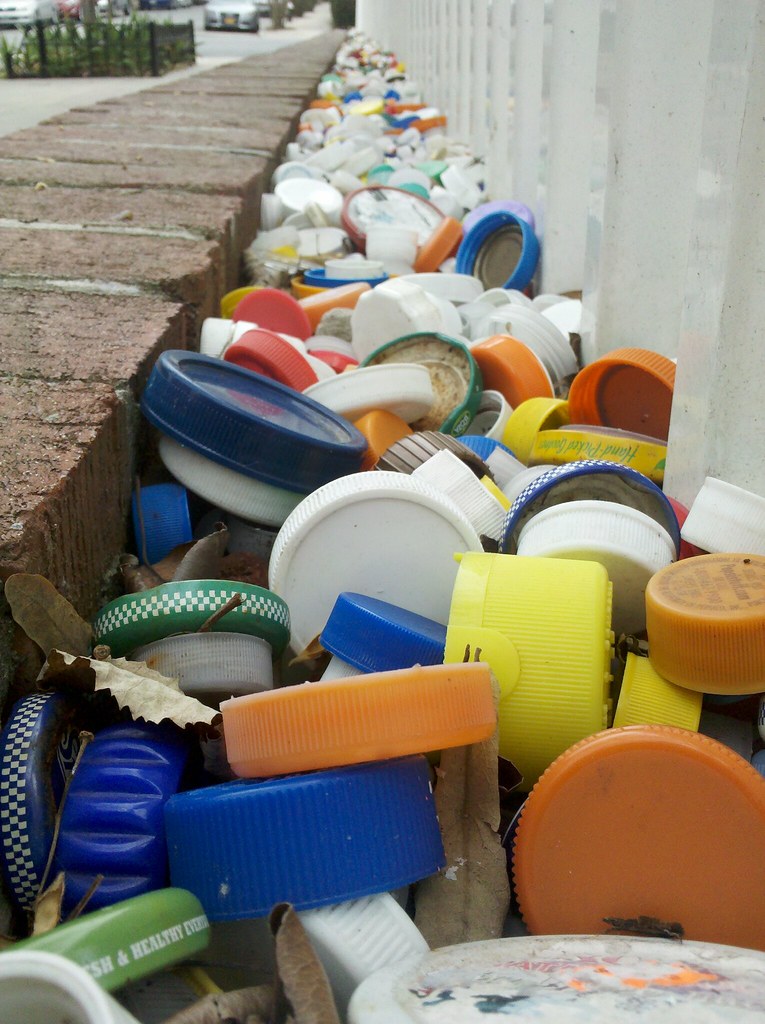 Many places, including NYC, don't accept plastic bottle caps for recycling. The caps may be small, but they add up quickly. (Metal caps, also included in the collection above, can be recycled.) 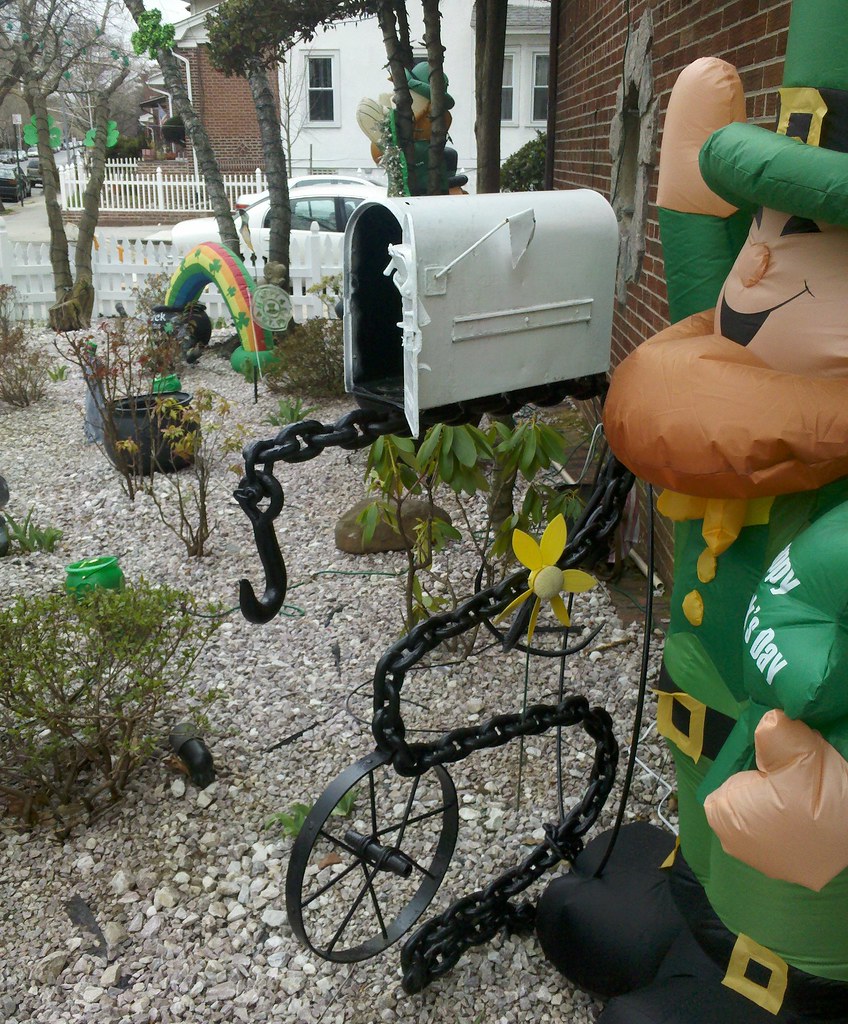 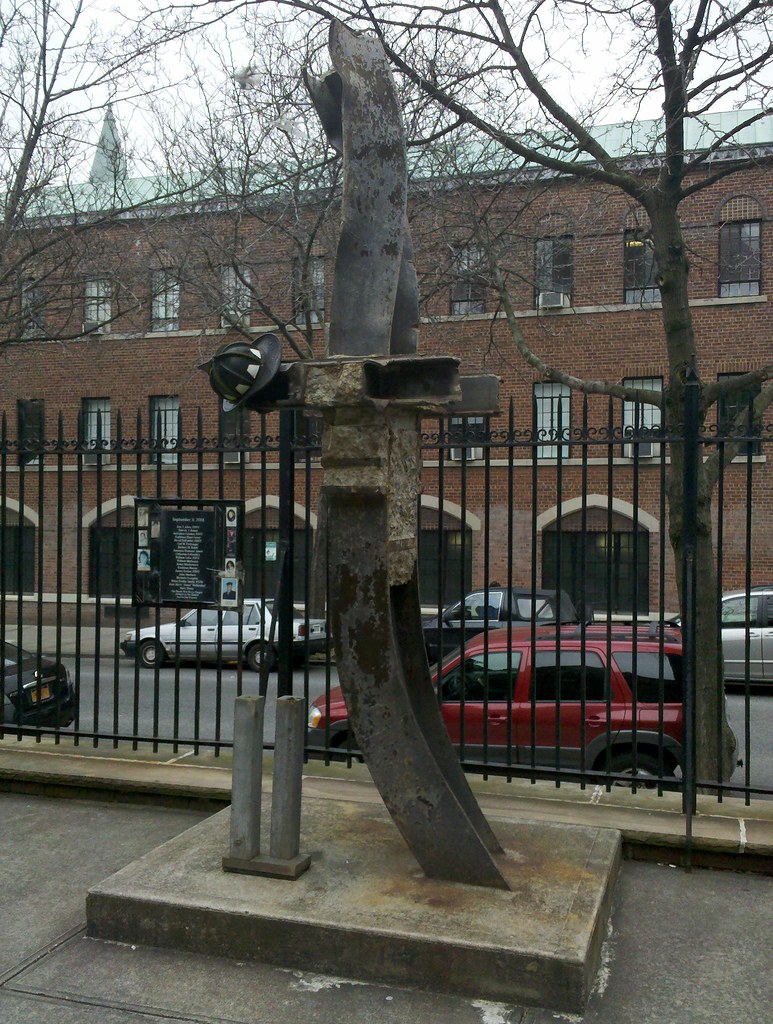 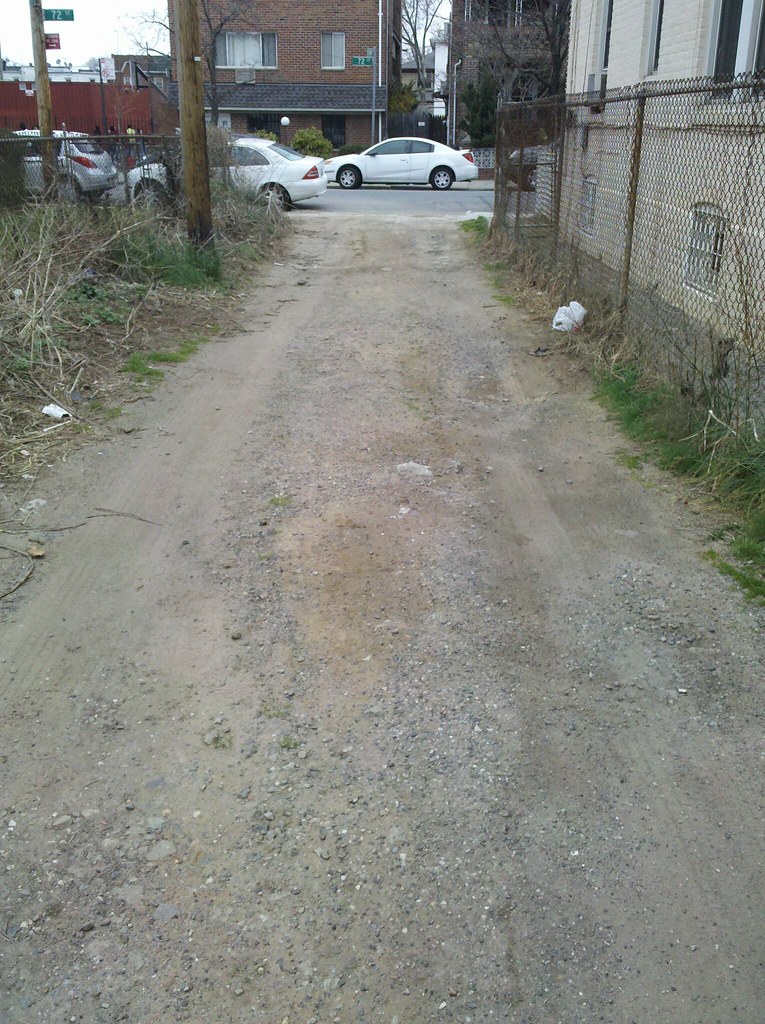 Still signed as Stewart Avenue, this was once a prominent thoroughfare in Bay Ridge. 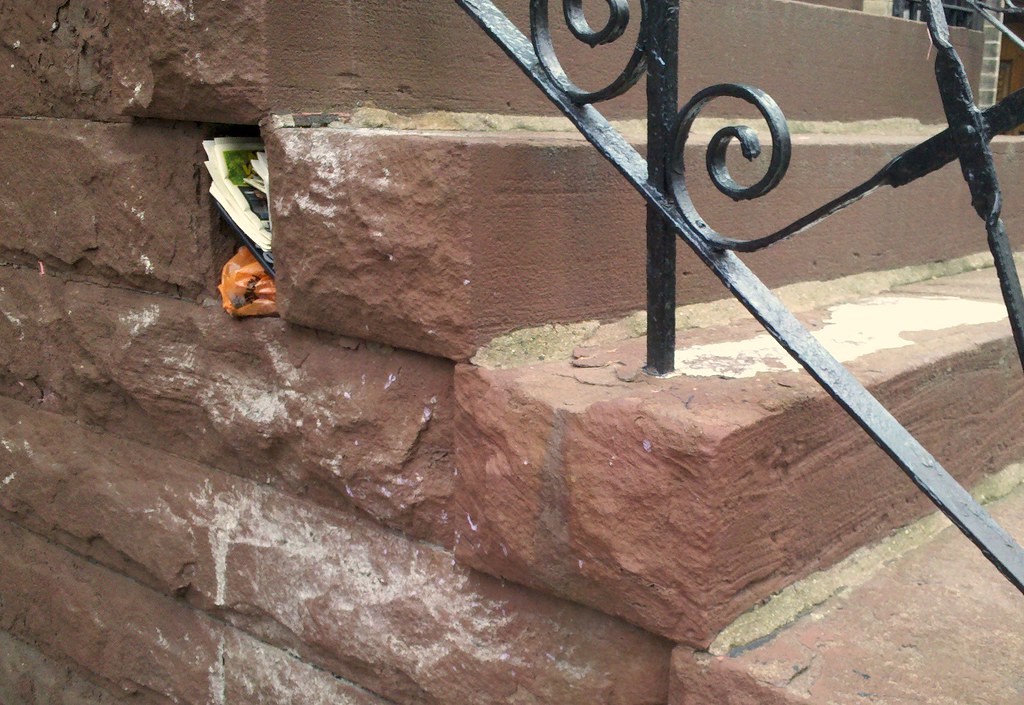 The birth of Bay Ridge 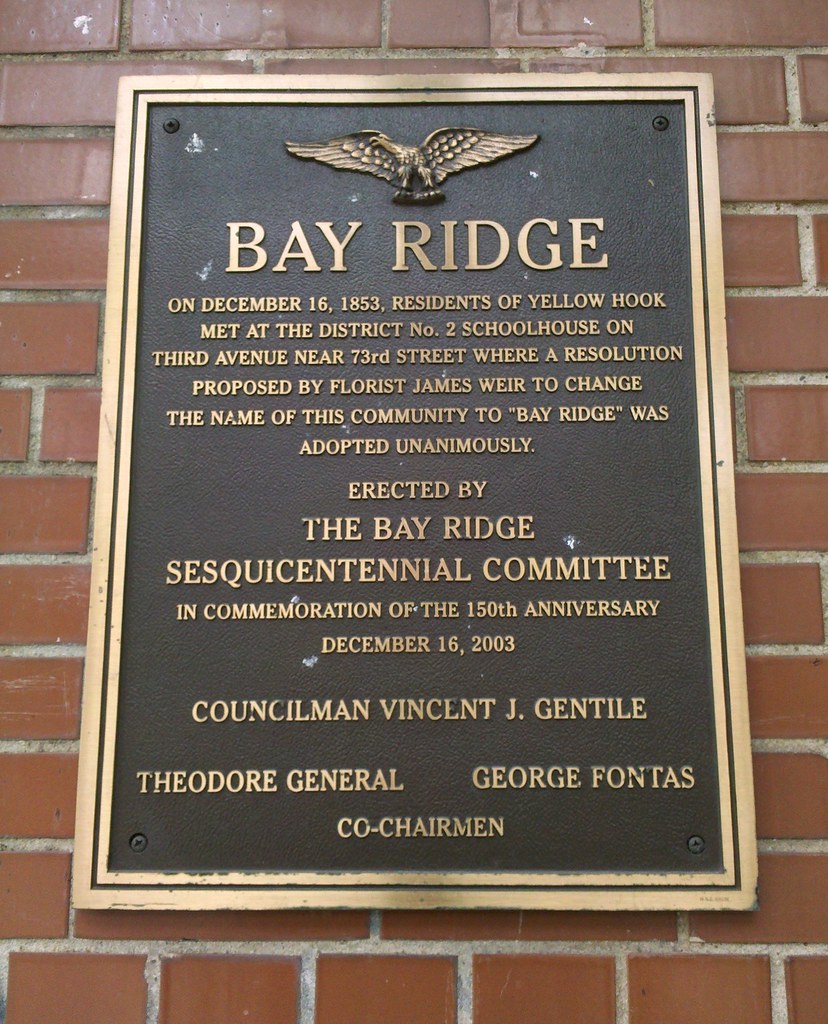 What this sign doesn't mention is that the name change was precipitated by an outbreak of yellow fever, which made the neighborhood's previous name seem somewhat less appealing. 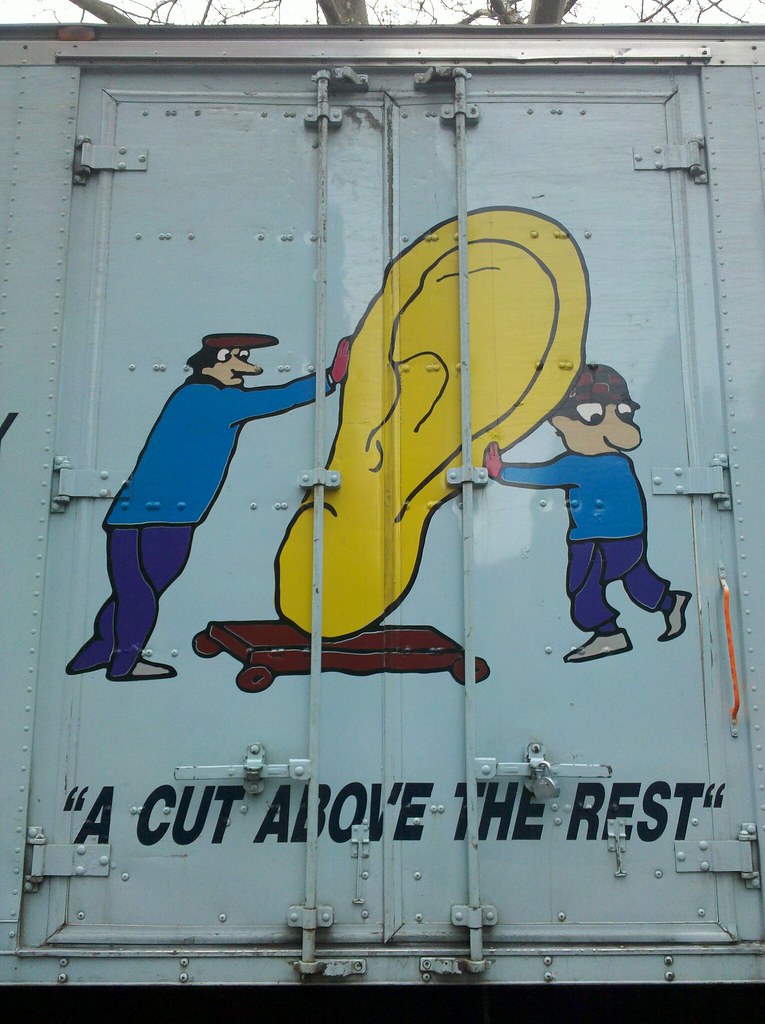 Can anyone read Arabic? 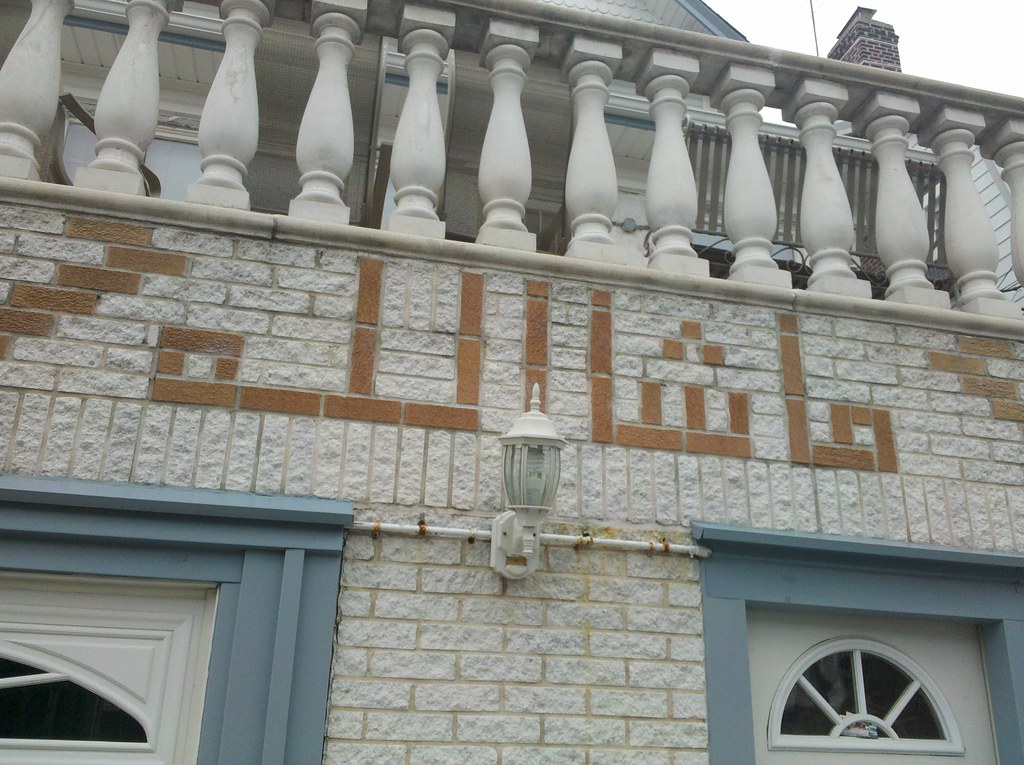 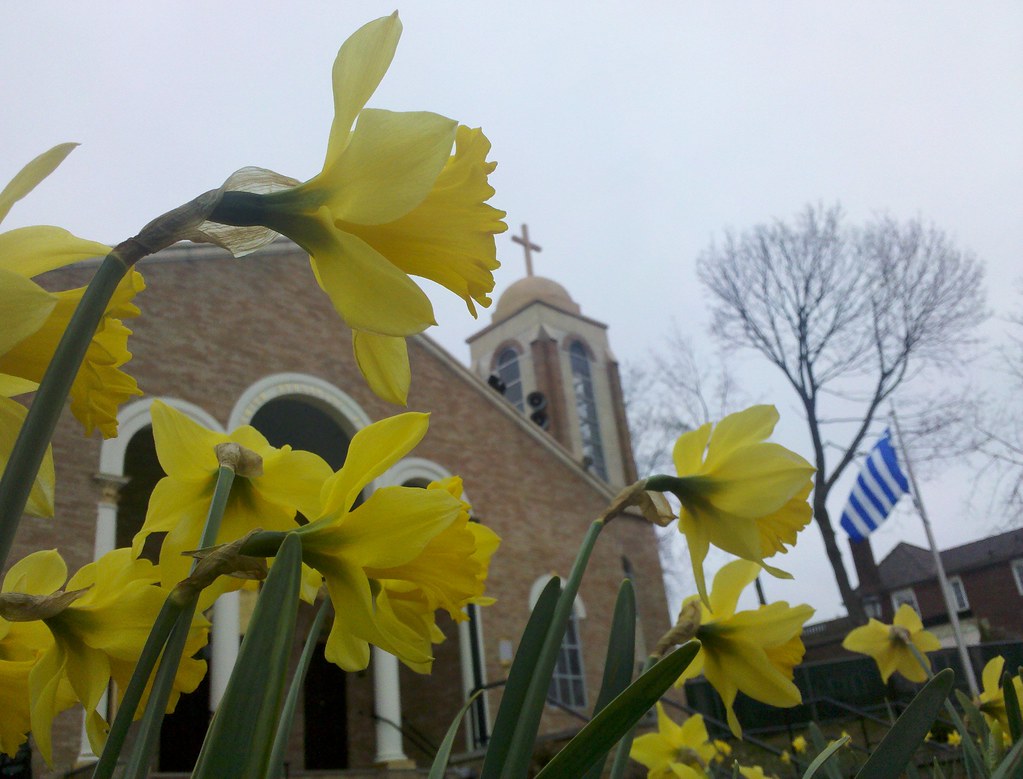 Another incredible interior that was way too dark for my camera

This one could use a little upkeep 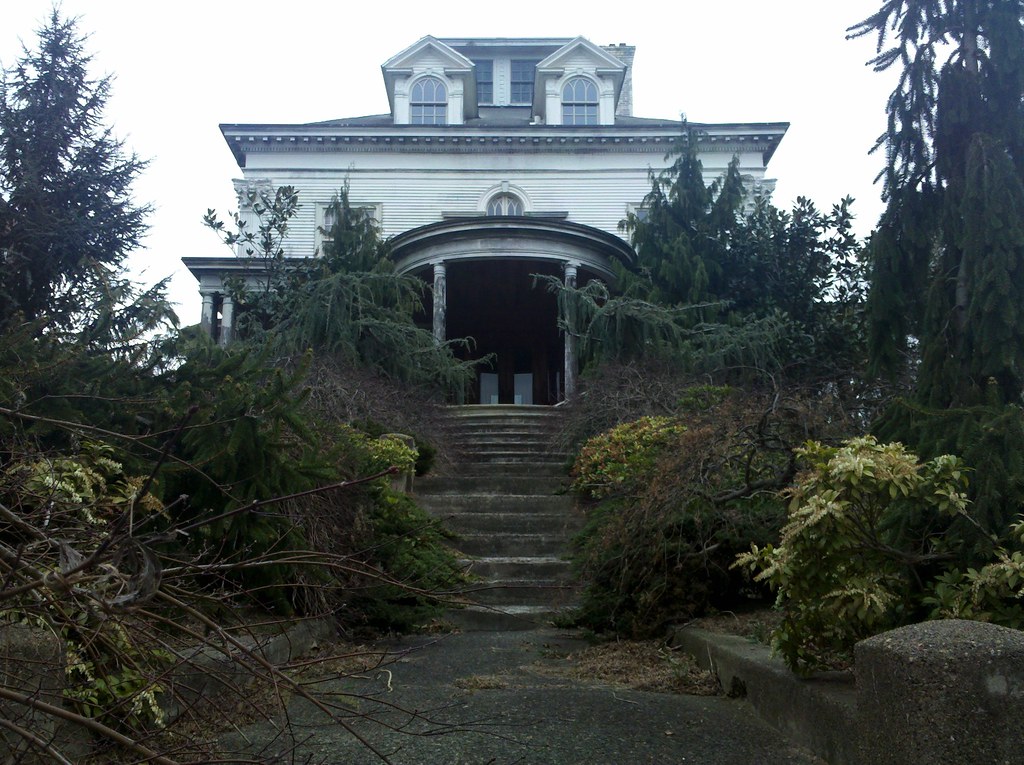 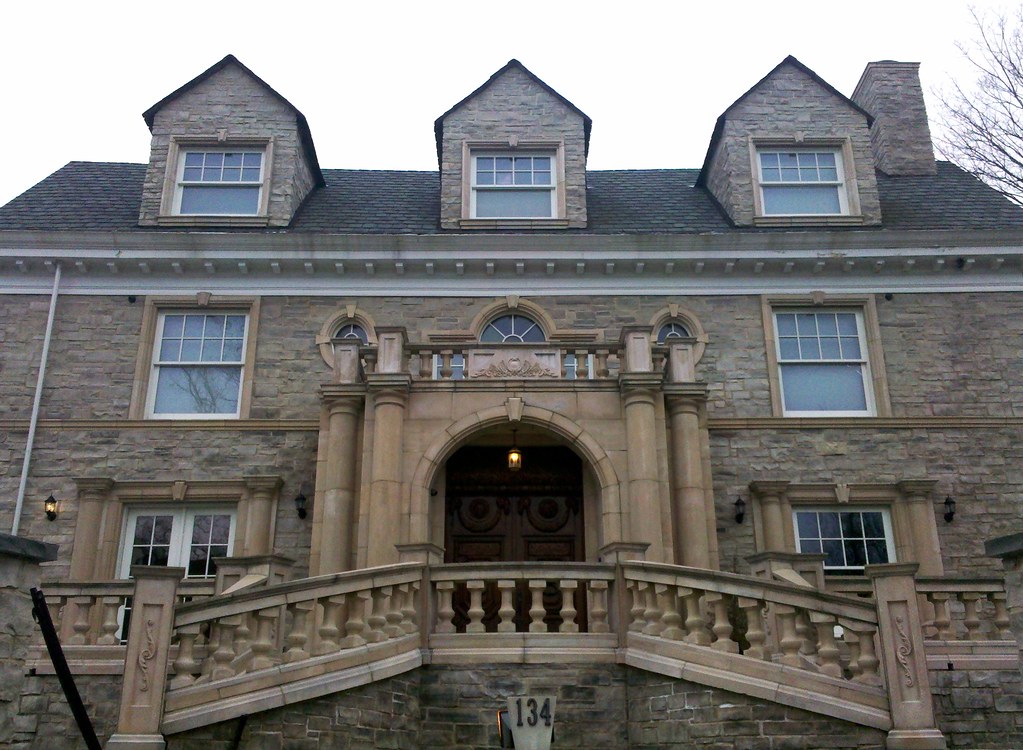 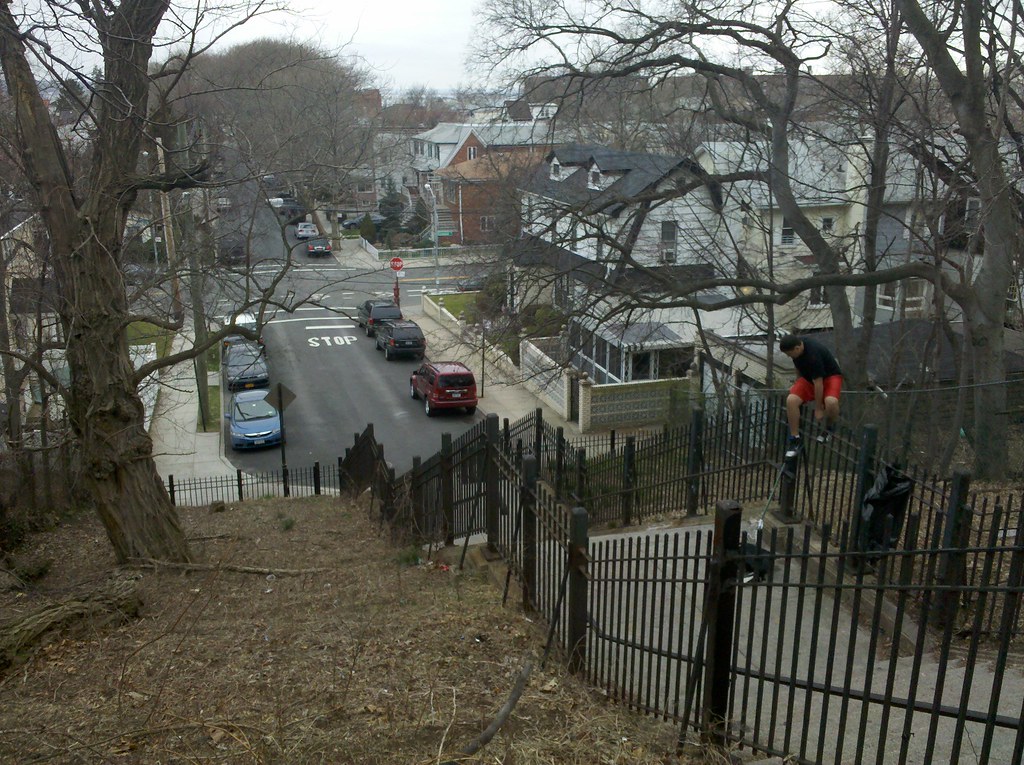 There aren't many step streets in Brooklyn, but Bay Ridge has two of them! 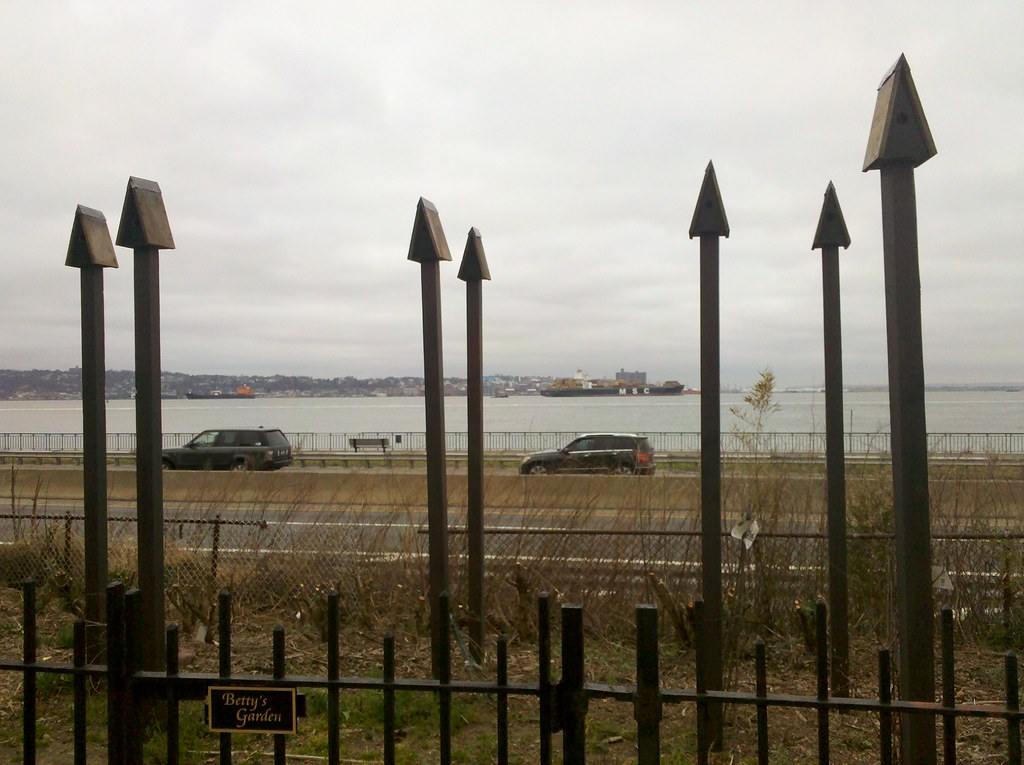 Things are looking up for these butterfly houses along the Belt Parkway in Betty's Garden at the Narrows Botanical Gardens. You can see a couple of massive container ships plying the waters of the Narrows, with Staten Island in the background. 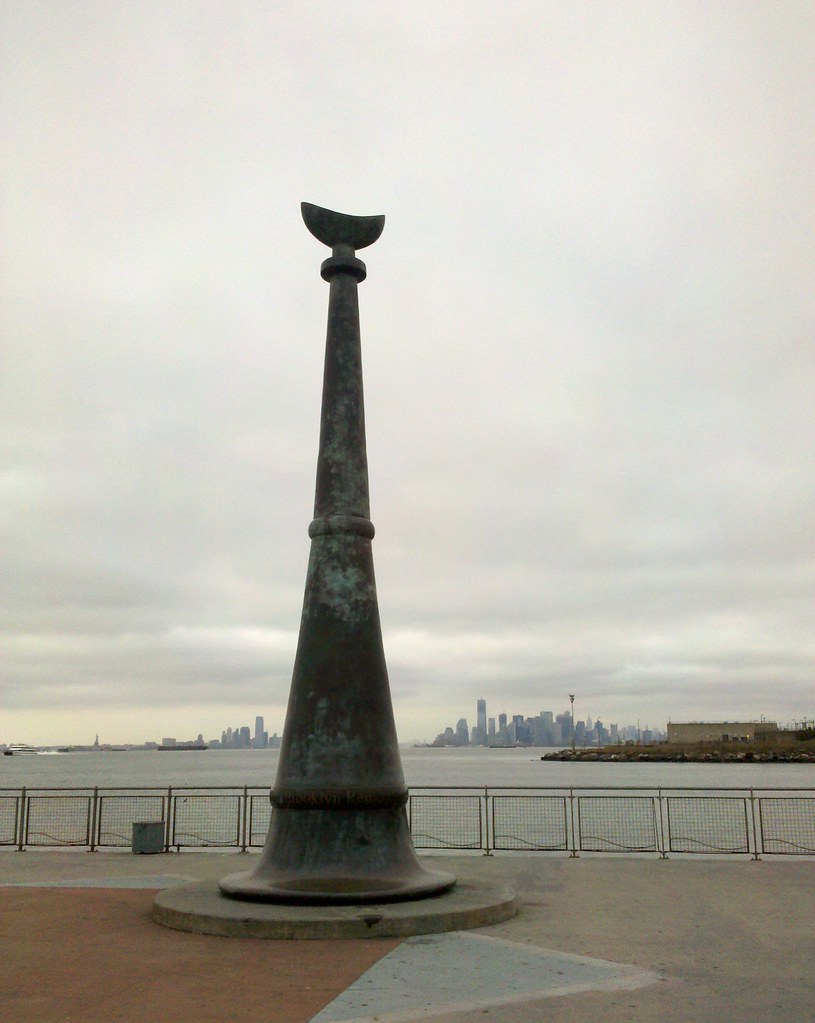 Modeled after a fireman's trumpet (an early type of megaphone), this sculpture was originally supposed to project a beam of light into the sky every night between 9 and 11 PM. I remember occasionally seeing its light during the four years I lived in Bay Ridge, generally around the anniversary of 9/11, but I'm pretty sure the plans to turn it on every night have been scrapped. Or maybe I just didn't spend enough time down at the pier after dark.

Side note: In researching this memorial, I came upon an enlightening article about memorial #4 and ol' Rockin Ray. 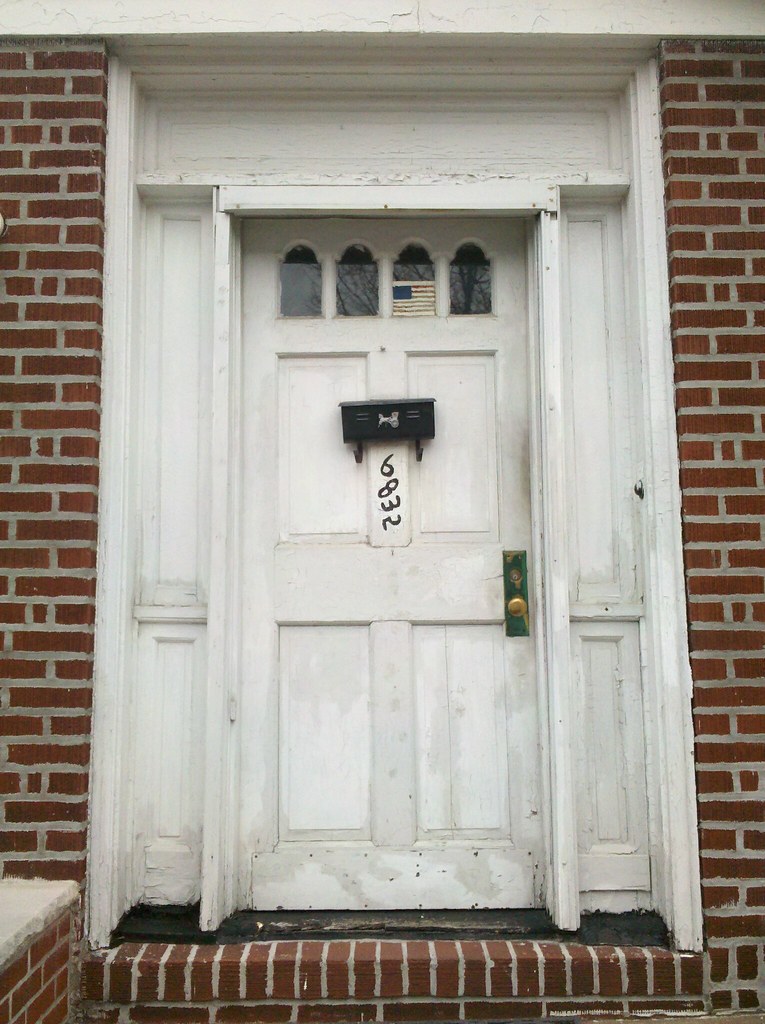 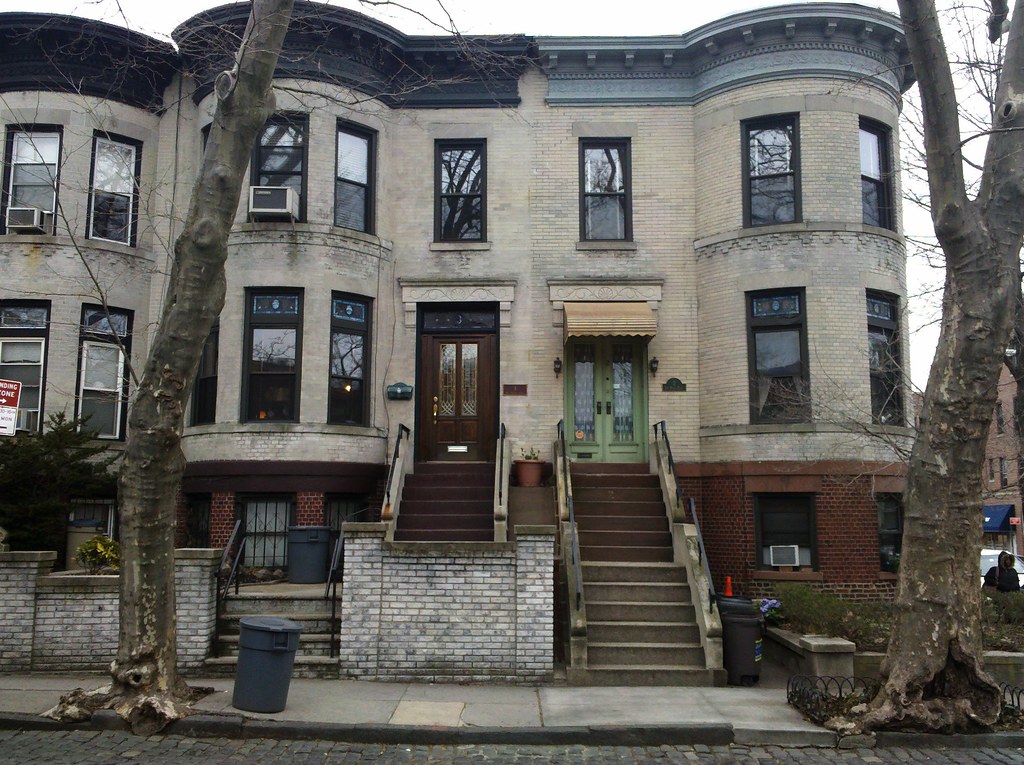 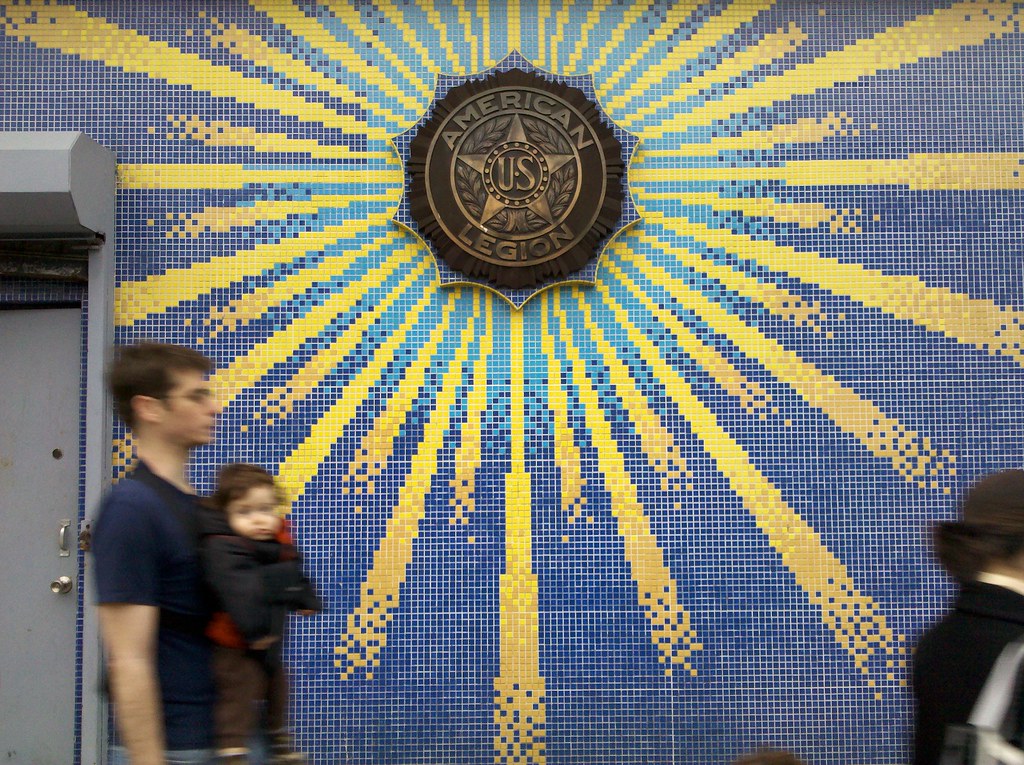 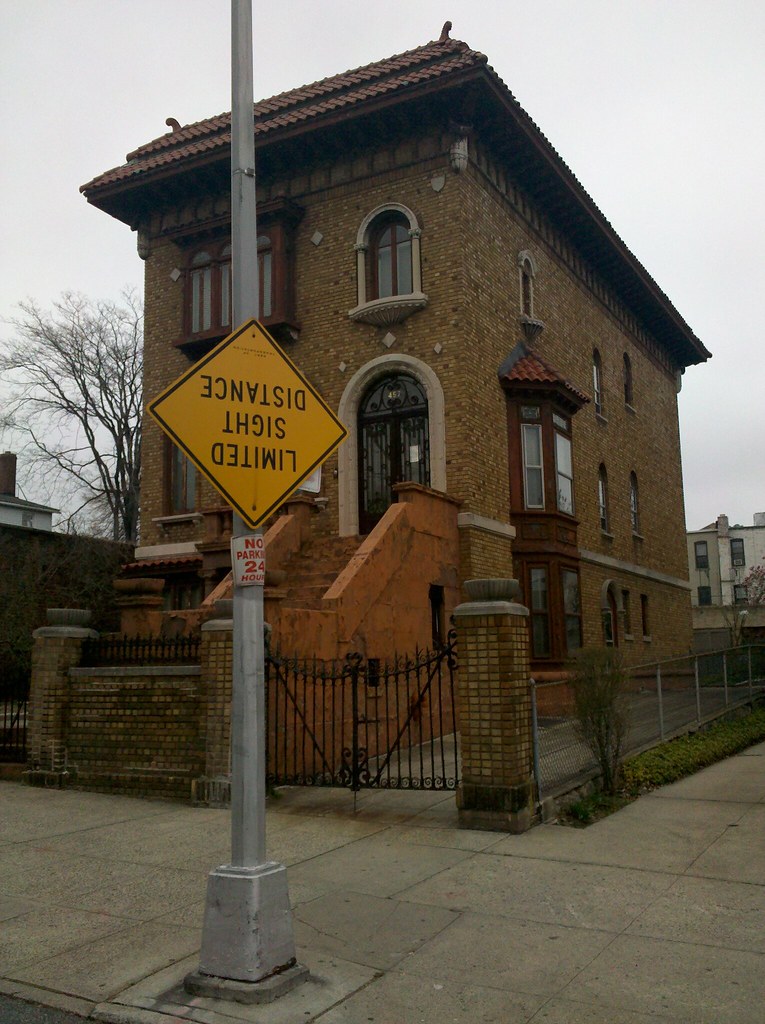 An ancient alley of garages 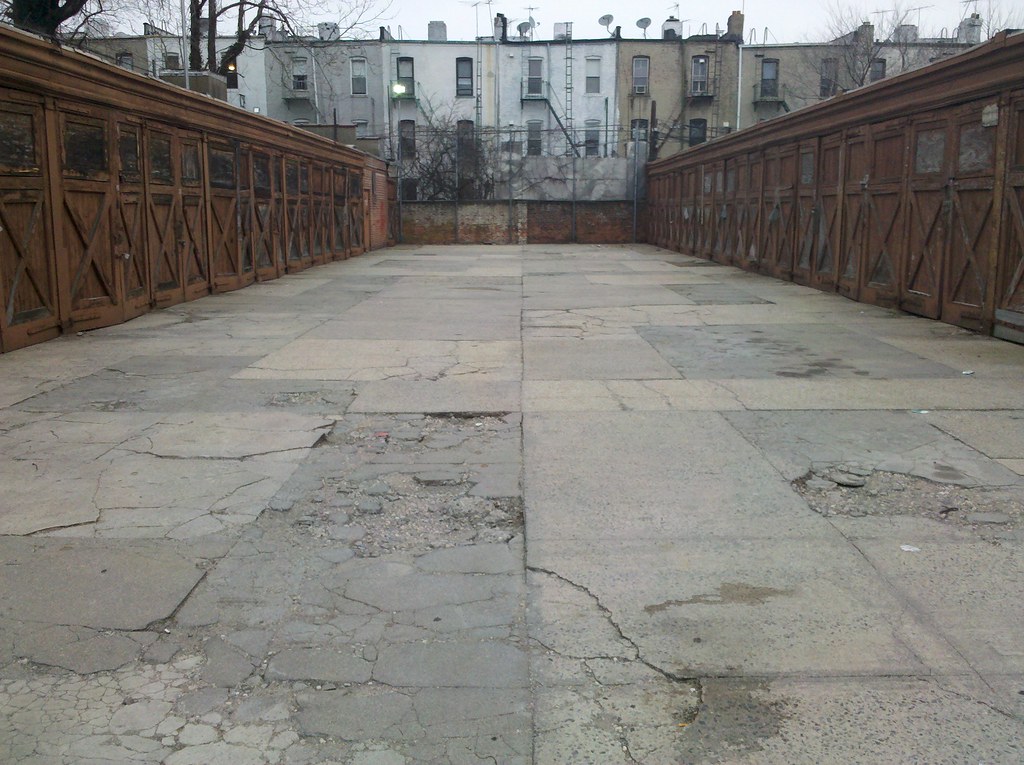 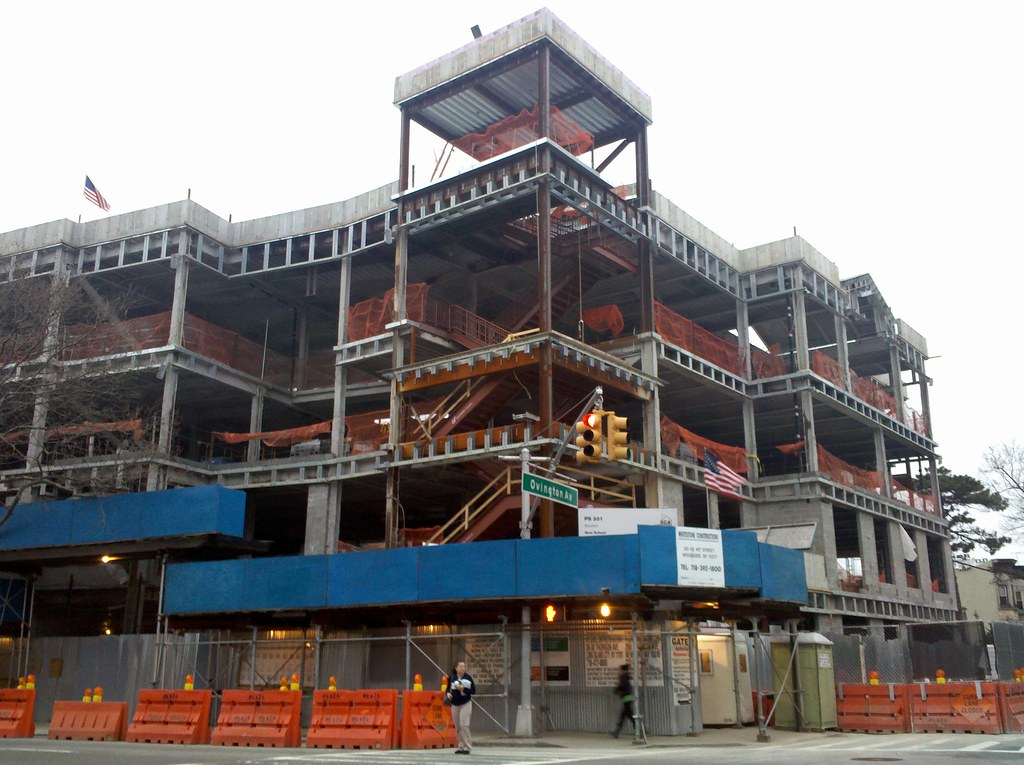 That was the colloquial name of the beautiful 1899 stone building that once stood on this spot. Known formally as the Bay Ridge United Methodist Church, it was demolished back in 2008 when I was living across the street from it. It had been sold to a developer who planned to put up a new apartment building, but then he turned around and sold the site to the city, who is now building a school. 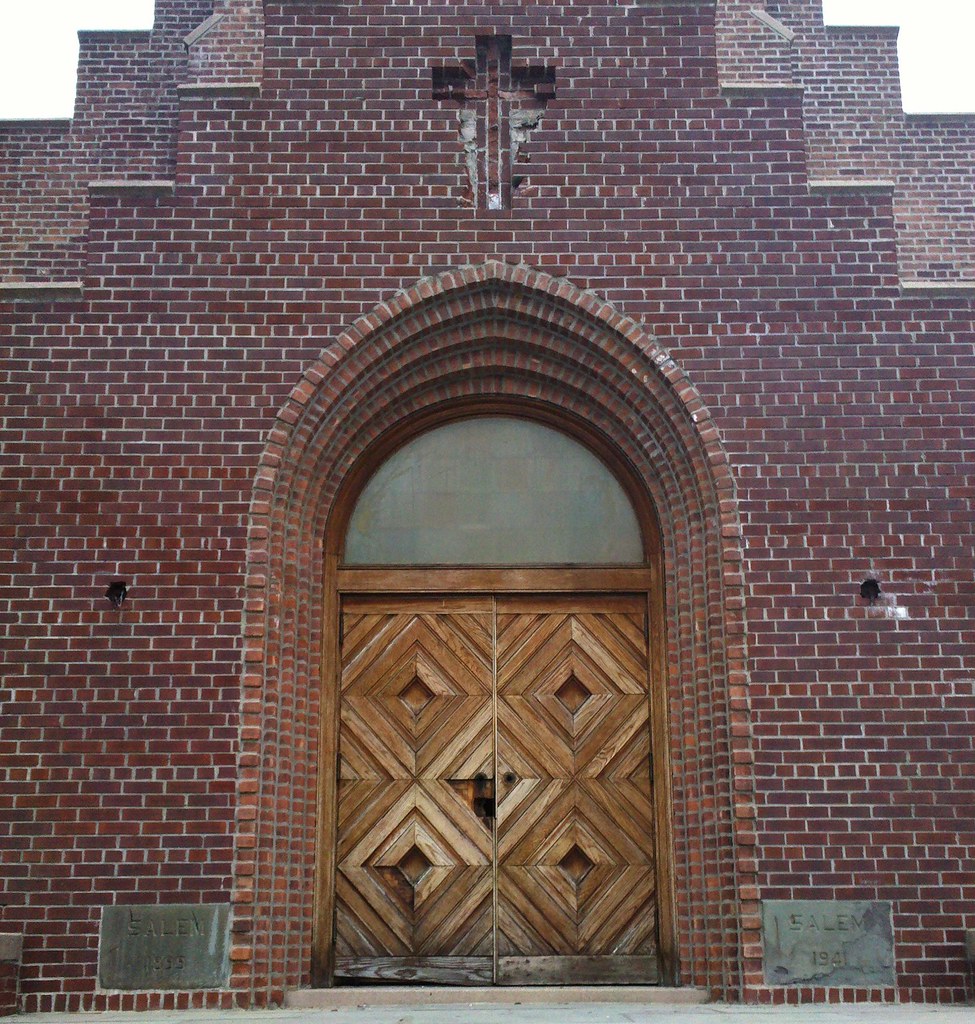 Built in 1941-42, this was originally Salem Evangelical Lutheran Church, whose membership comprised hundreds of Danish immigrants. The congregation dwindled as the demographics of the area changed, and, to serve a growing number of Arab Lutherans in Bay Ridge, the church was handed over to a Palestinian pastor in the mid-1990s and rechristened Salam Arabic Lutheran Church, making it the first such church in the US. But this congregation, too, was cash-strapped, and, in late 2010, the synod decided to sell the church to a developer who plans to tear it down and build an apartment building in its place. Sound familiar?