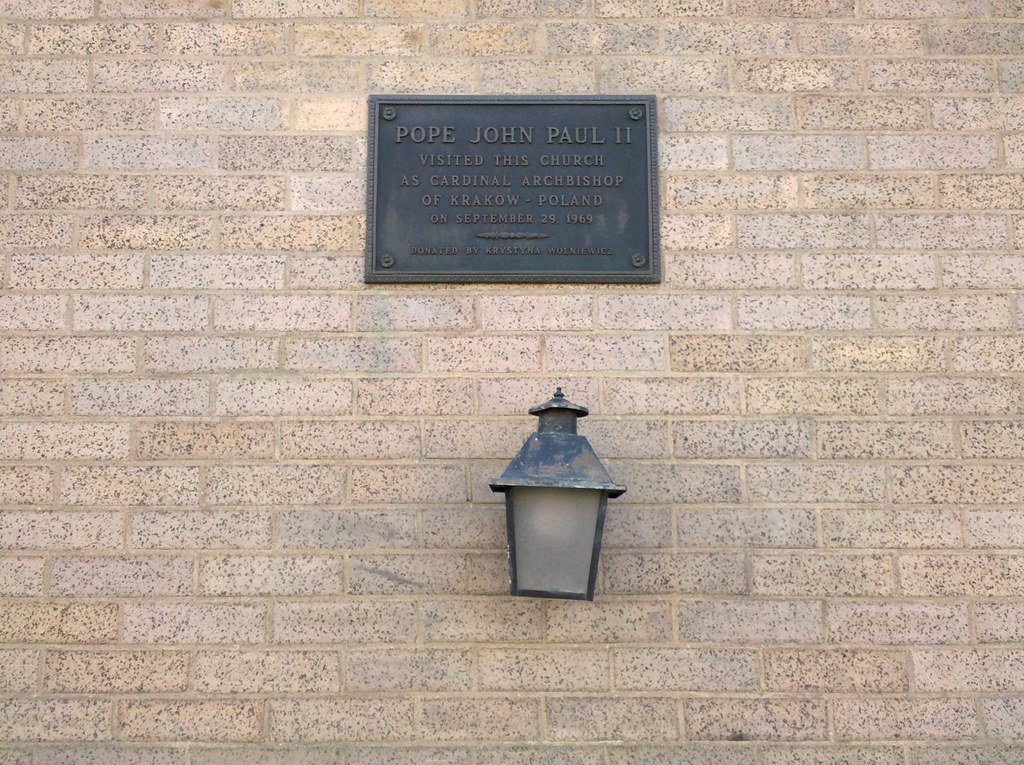 An anchor of the Polish Community in Greenpoint, this church was visited by, obviously, Pope John Paul II (in his pre-pope days), and also by Lech Walesa. It's a striking building, inside and out, as you can see here. 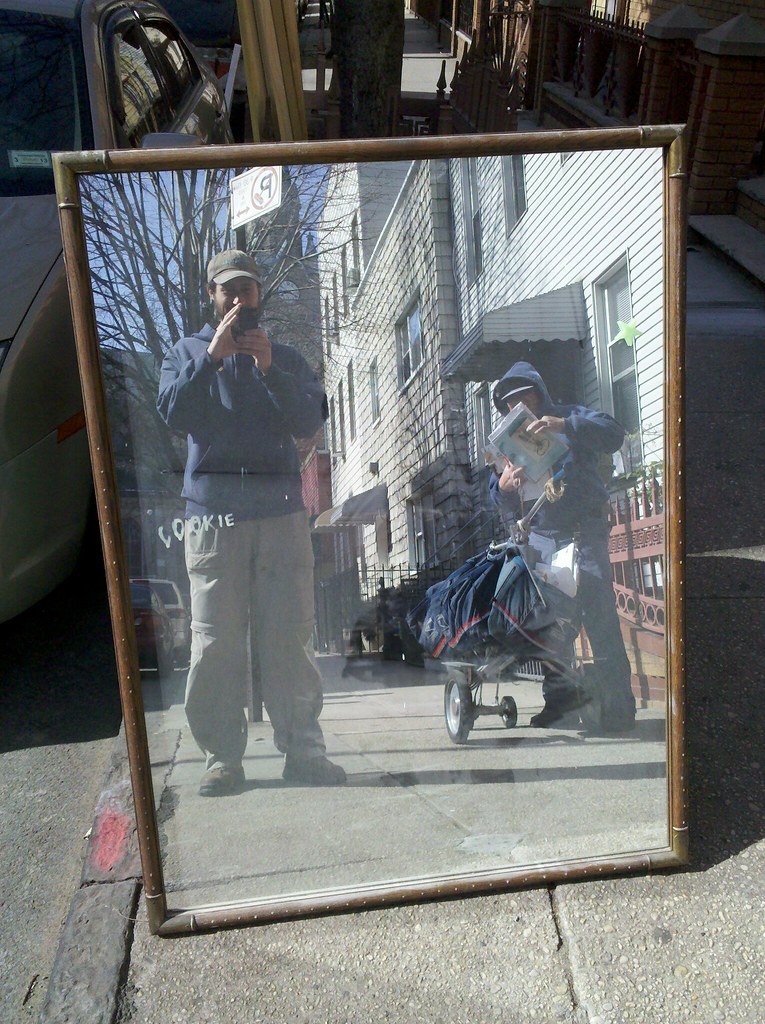 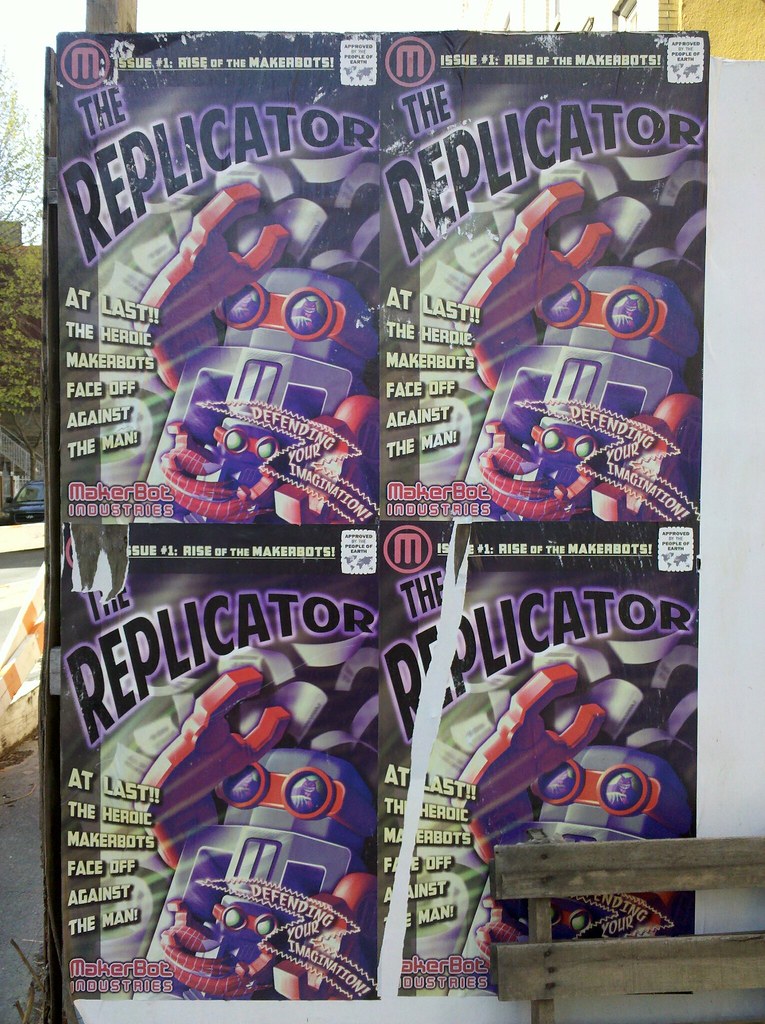 Rise of the MakerBots! 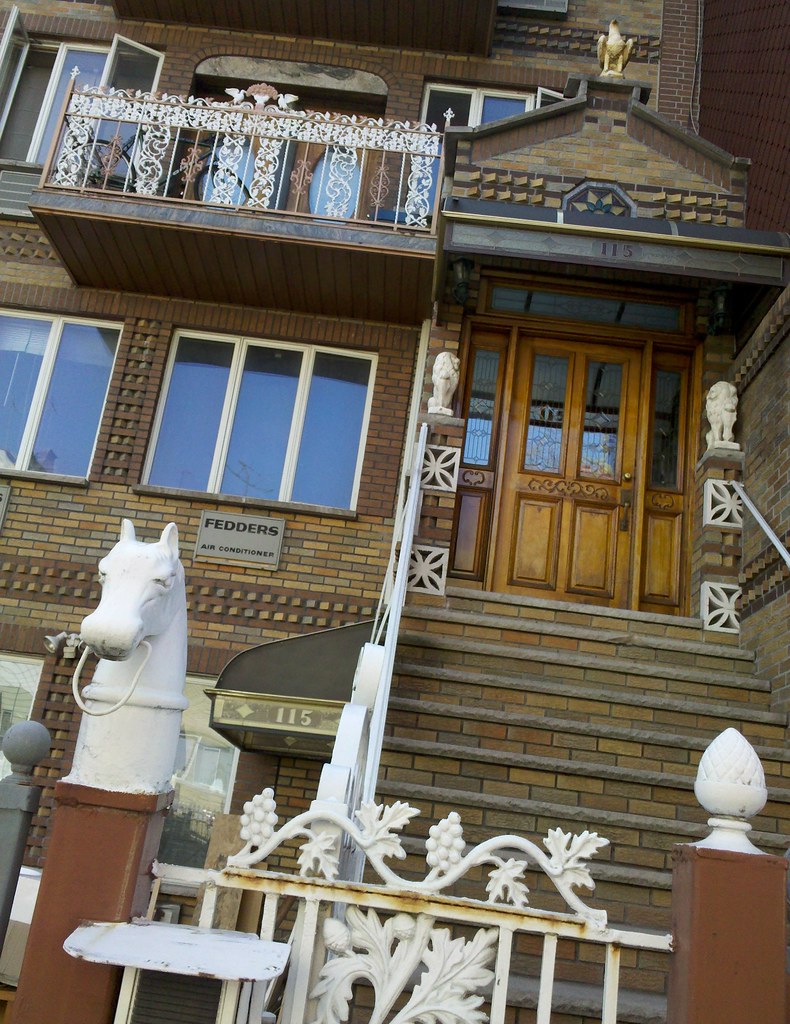 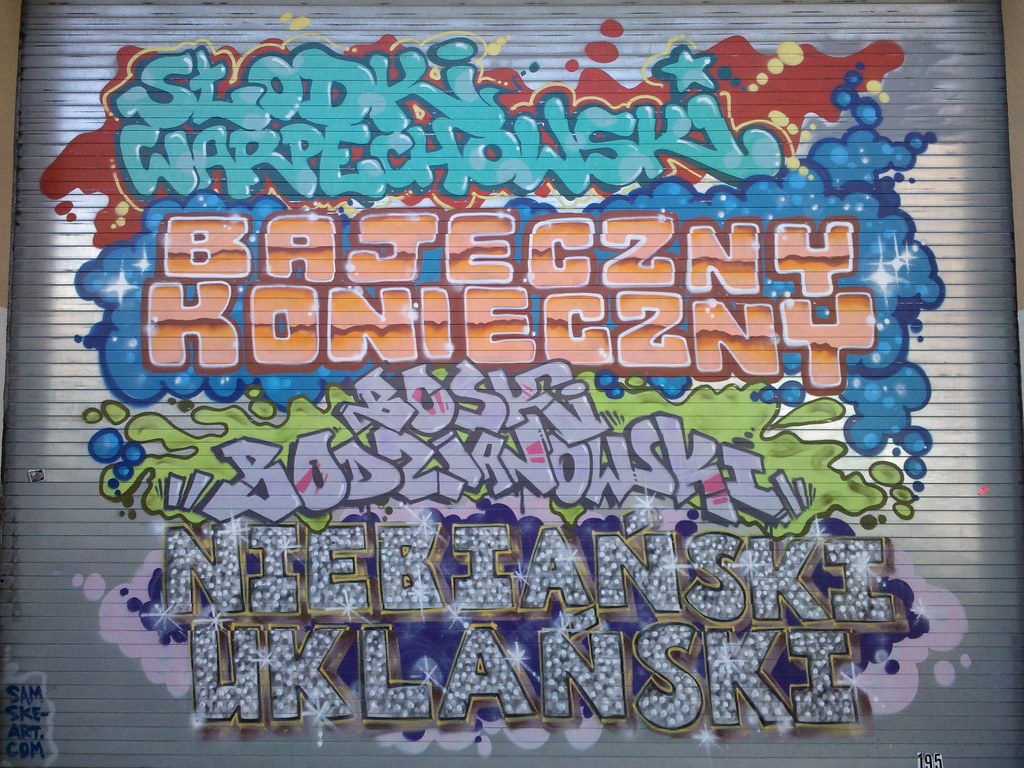 Portal of the ape 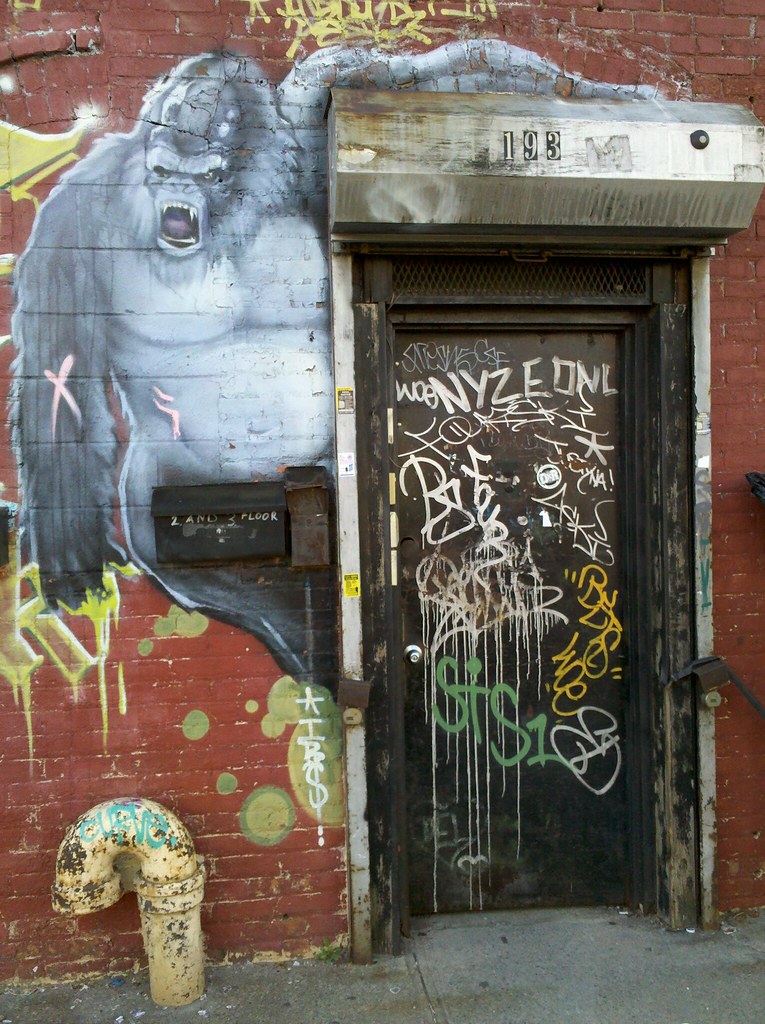 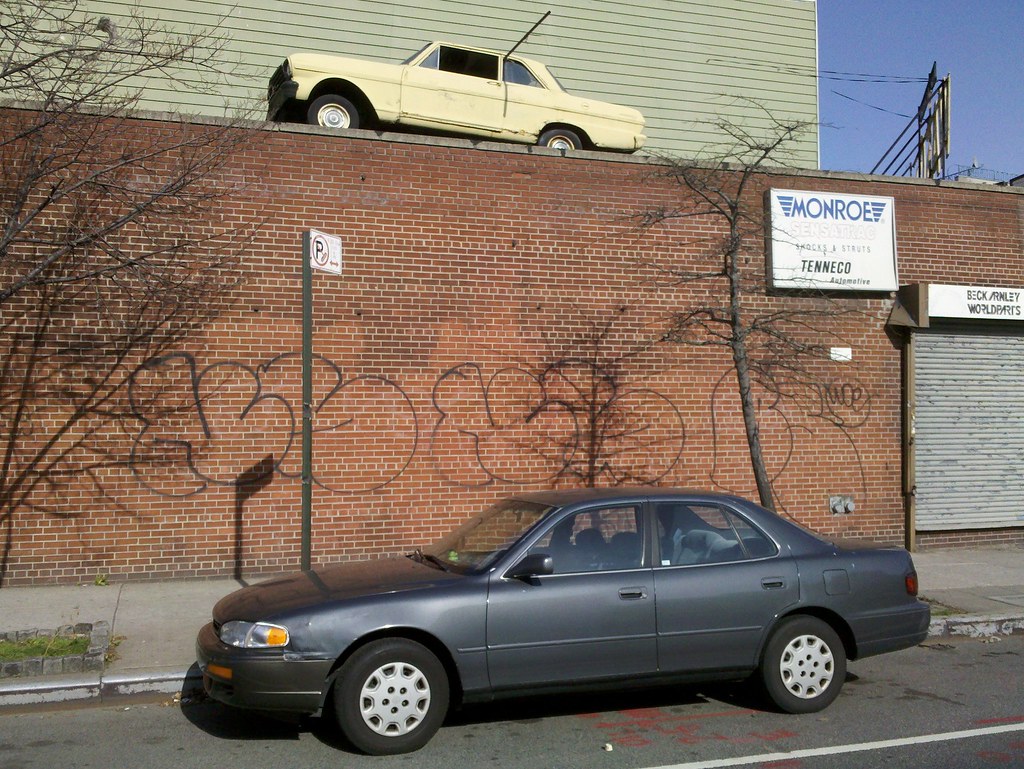 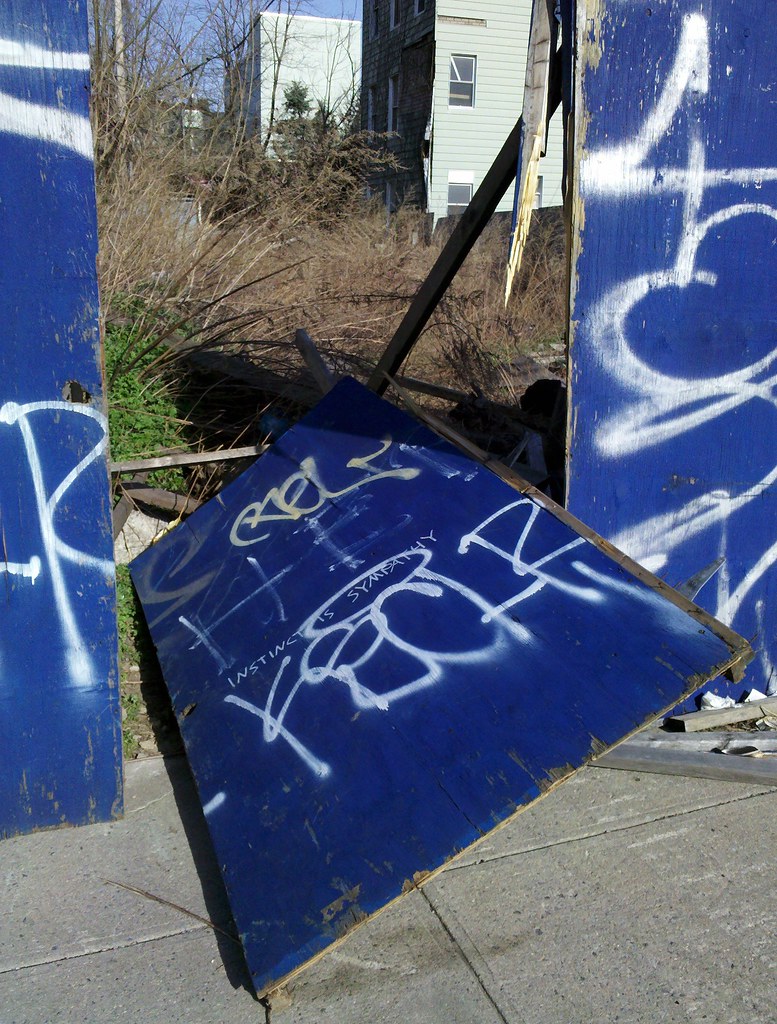 A shining example for us all 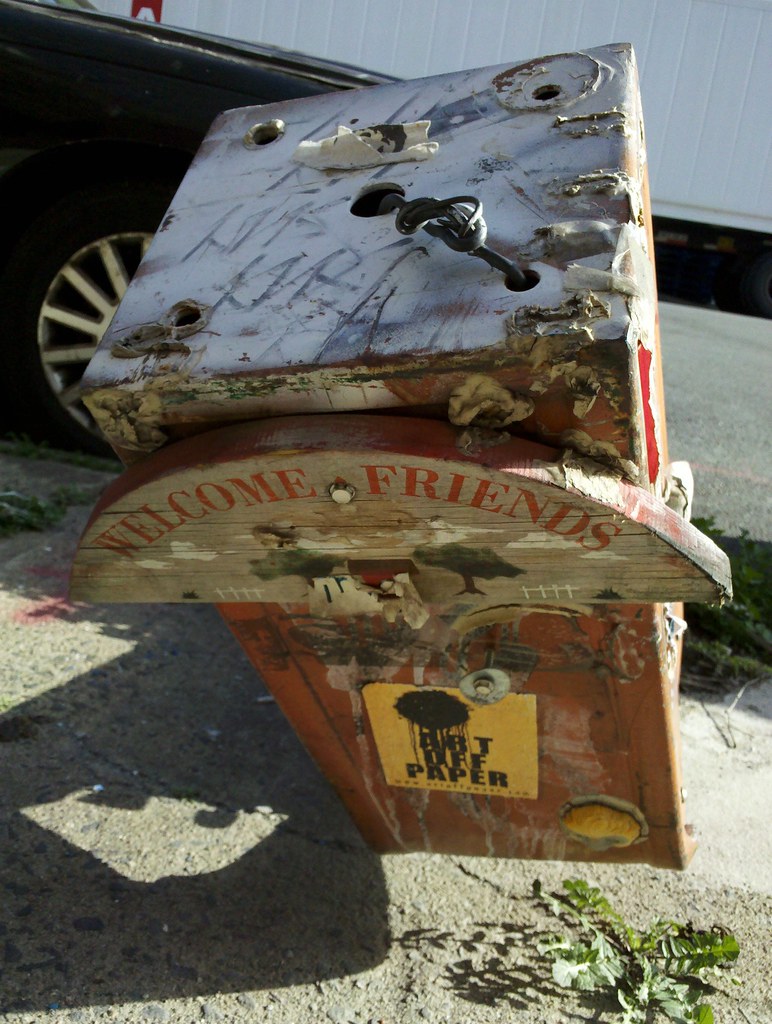 This poor call box has suffered countless indignities over the years, but its warm and welcoming attitude has not flagged. 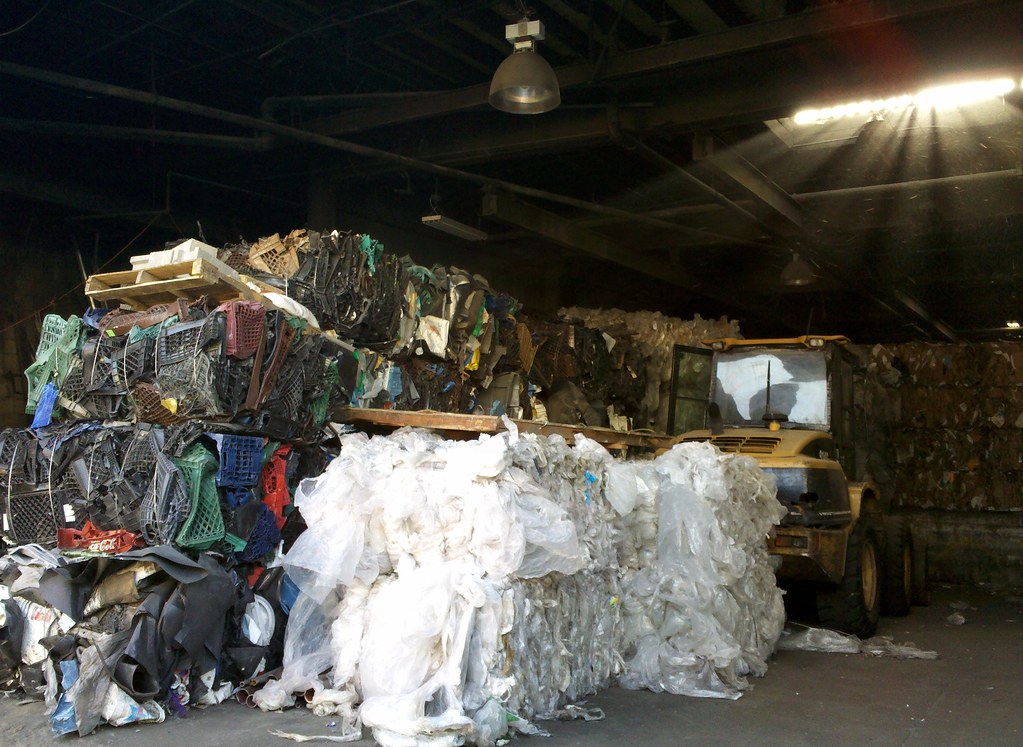 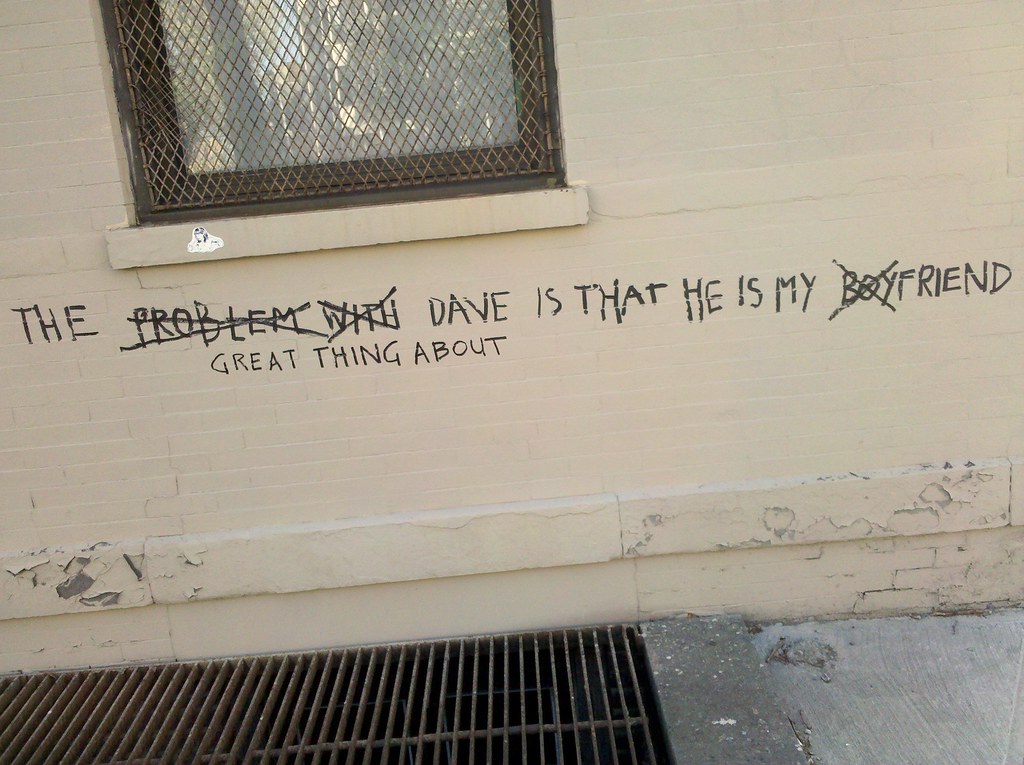 Someone else agrees with me. 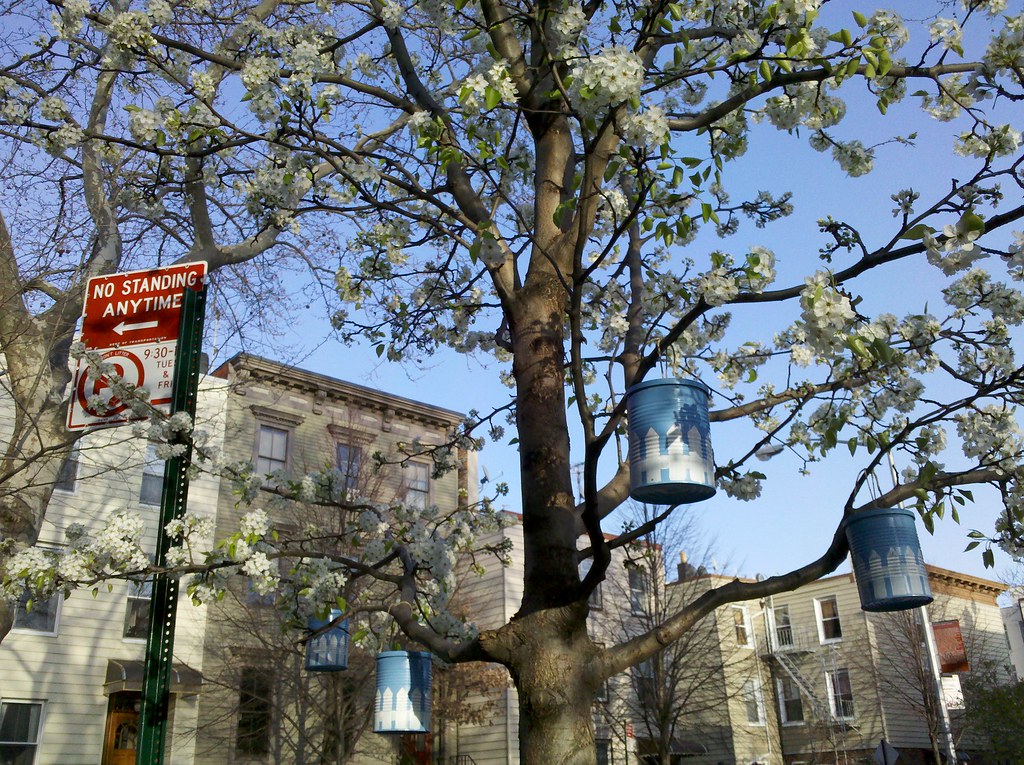 They're not bird feeders. There's nothing inside them — at least nothing with a noticeable amount of weight — and there are no openings in them. What are they?

Where Oak Street bends into Guernsey 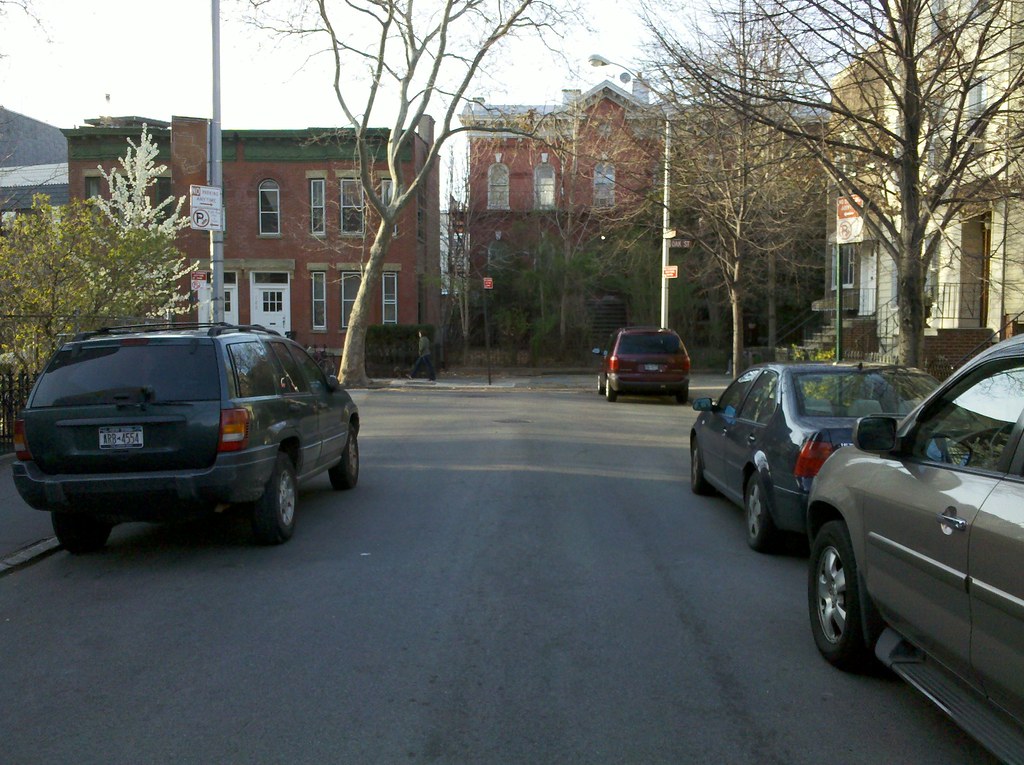 lies the Greenpoint Home for the Aged. 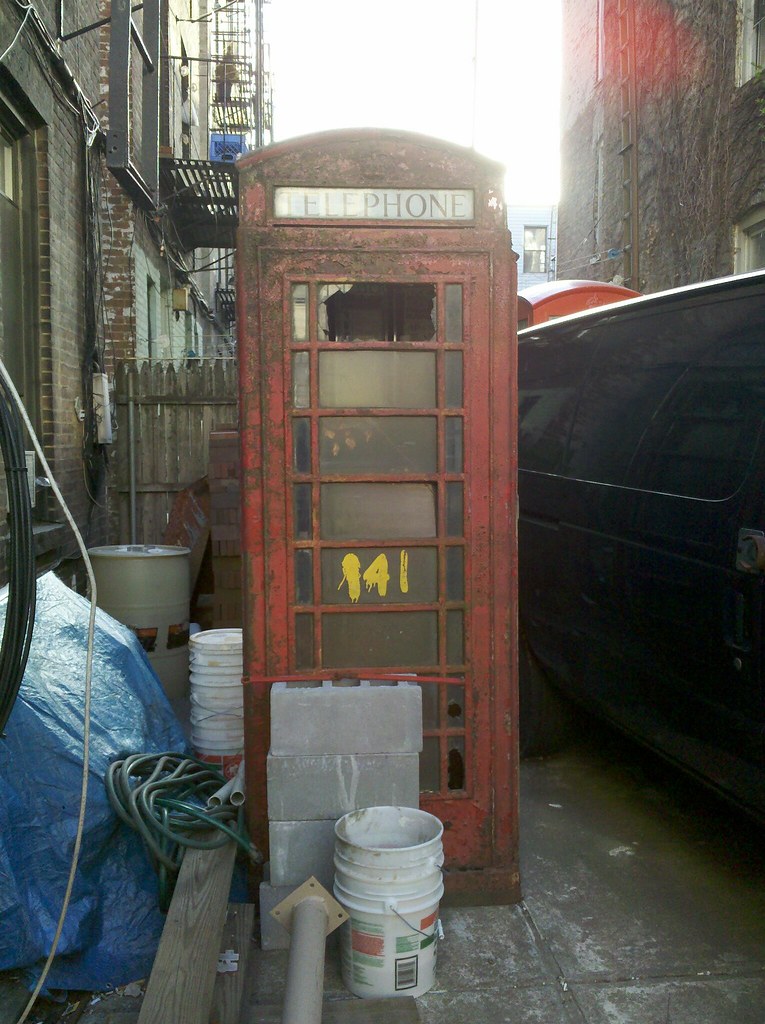 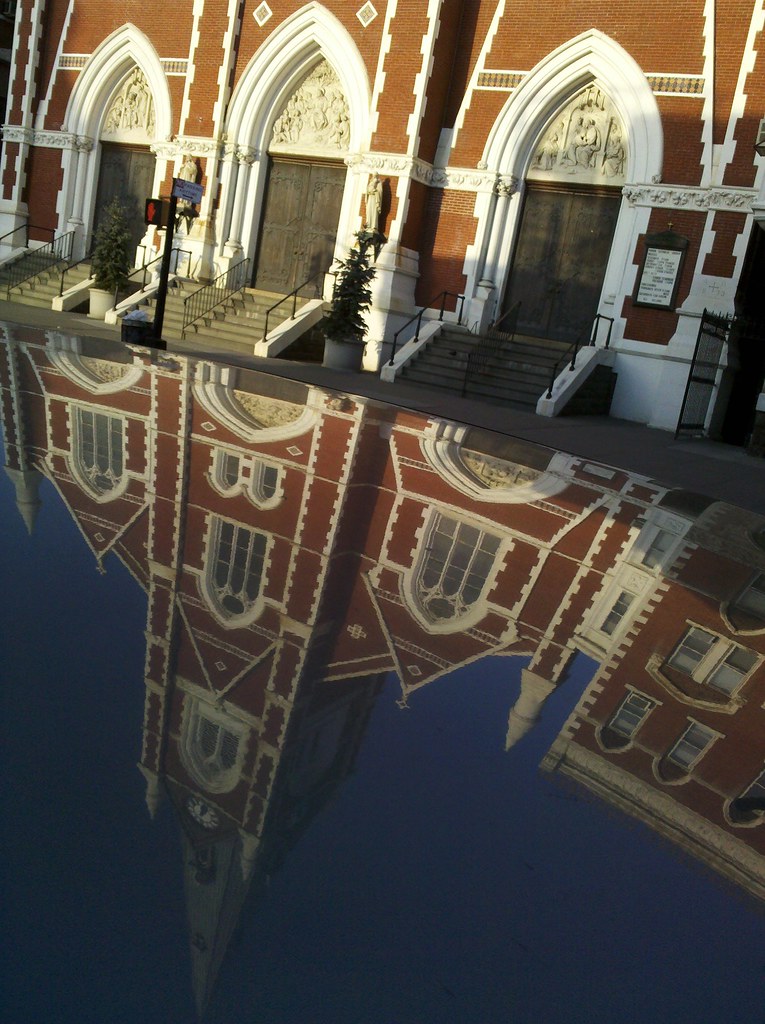 This towering Greenpoint landmark is always something to behold, no matter how many times you pass by it. 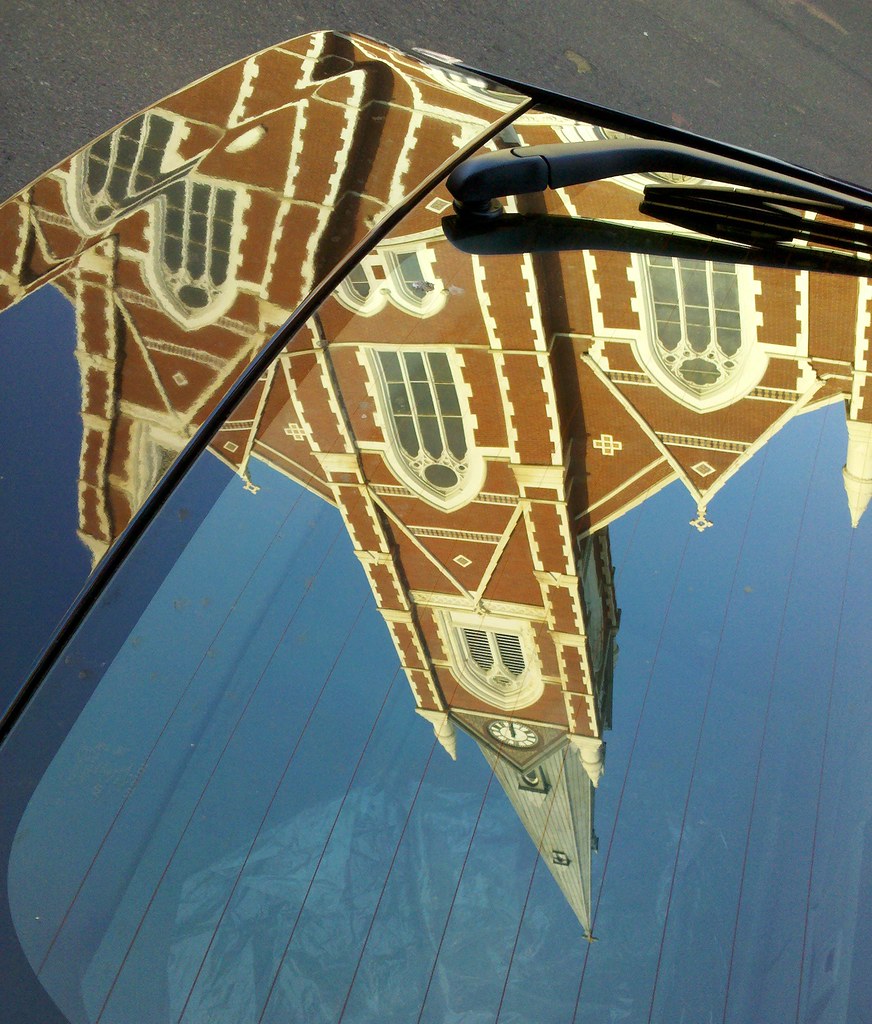 You can see one of my favorite shots of this church here — just scroll to the bottom of the page. 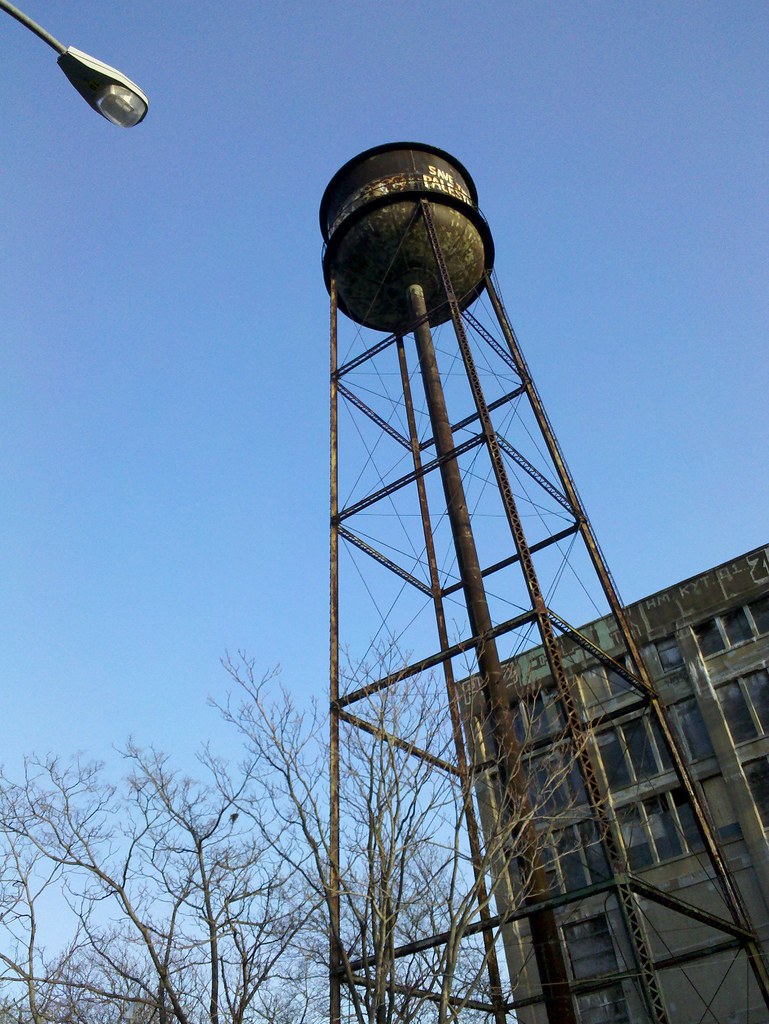 That's the slogan emblazoned on one side of this water tower (a Polish flag is painted on the other), which once served the Greenpoint Terminal Market, a 19th-century collection of warehouses that, despite having been abandoned by the end of the 20th century, still saw a fair amount of activity into the 21st. Many of the buildings were destroyed in 2006, when a massive fire — the city's largest in over a decade, with the exception of 9/11 — roared through the complex.

At that time, I had been in New York for less than a year. I worked around Madison Square Park, and I remember seeing smoke billowing into the sky from across the East River on my way into the office. It seemed like a pretty big fire, but what did I know? Maybe this kind of thing happens all the time in New York. I probably heard it was the Greenpoint Terminal Market that was burning, but that name would have meant nothing to me back then. It's only now, reading these articles, that I realize it was this tremendous blaze that I was seeing.

The fire was originally pinned on a 59-year-old homeless Polish immigrant and "enthusiastic vodka drinker", but it seems unlikely he was the real culprit. After having won a green card in the early 1990s, he worked in asbestos removal and assisted in the cleanup effort at ground zero in 2001 before his alcoholism finally drove him onto the streets. Fortunately, after being deported to Poland a couple years ago, he seems to have turned his life around.

This man is about to do something very bad 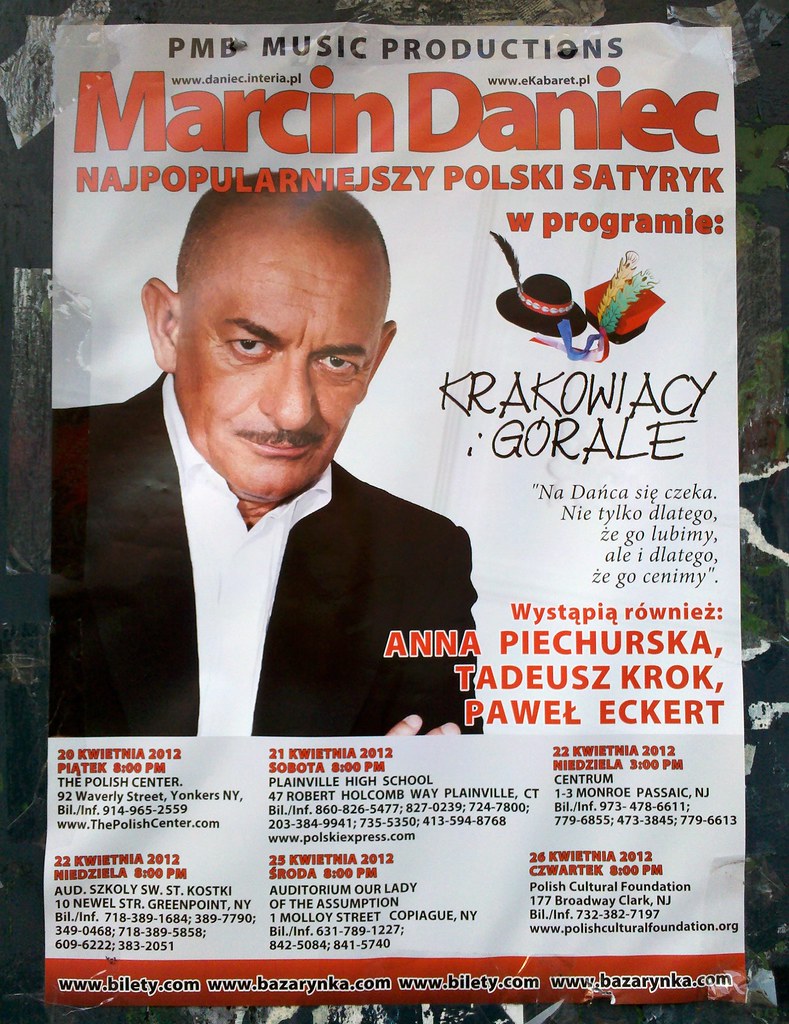 He also appears to be a famous Polish actor and comedian. And — maybe — he'll be starring in a historically important Polish opera (The Krakowians and the Highlanders) written in the late 18th century. Or perhaps it's a satire of that opera? Can anyone fill in the gaps here?

Day 24: What Batman does in his personal time