The Bronx is losing its Lustre 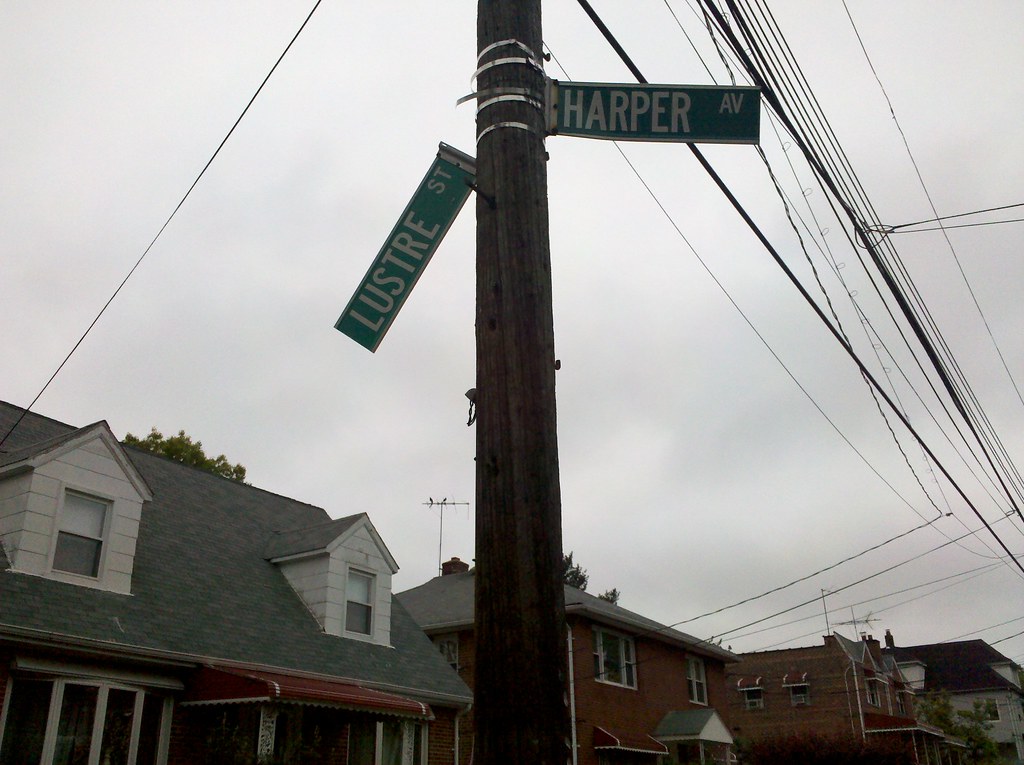 Lustre Street in Eastchester is disappearing, and its street sign is apparently following suit.

There are three streets in the area with related names. Dark Street was the original, named after Charles Darke, a mid-19th-century landowner. Then came Light Street, seemingly a playful take-off. Sometime in the 1920s, part of Dark Street was renamed Lustre Street, and has since all but vanished, hidden beneath houses, lawns, and driveways.