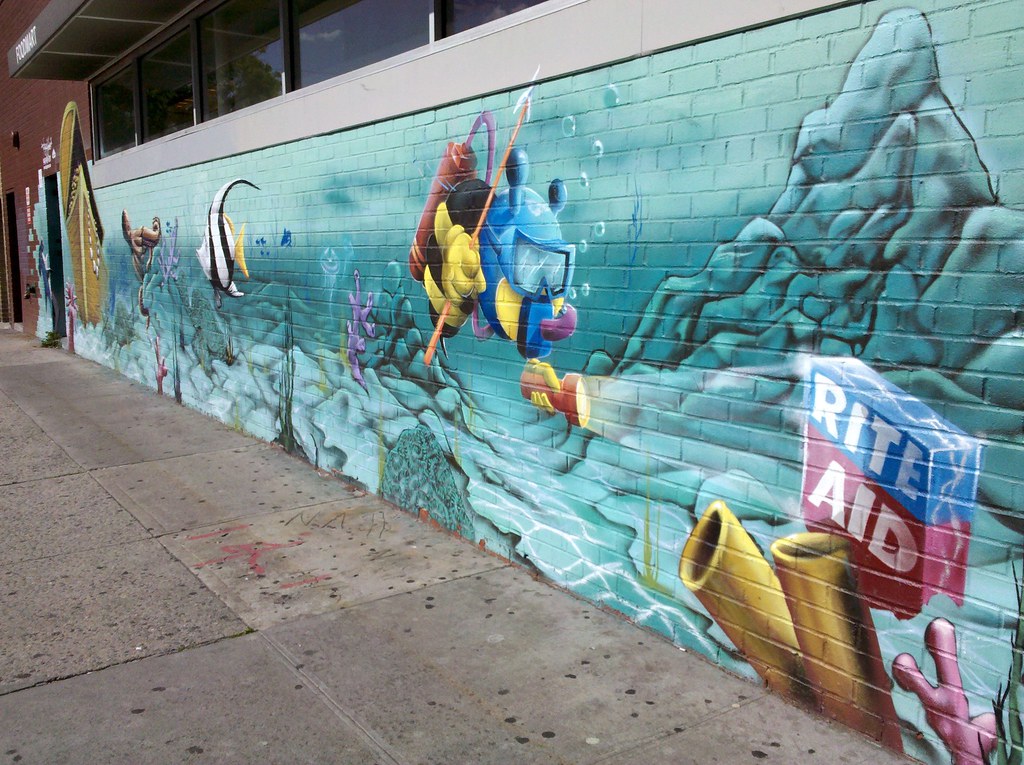 It seems like every Rite Aid in the Bronx has hired the Royal Kingbee to paint its walls. Bang your shin on the coffee table? Accidentally touch something hot on the stove? Bite that spot on the inside of your cheek again? Give us a call — we'll sue the bastards! 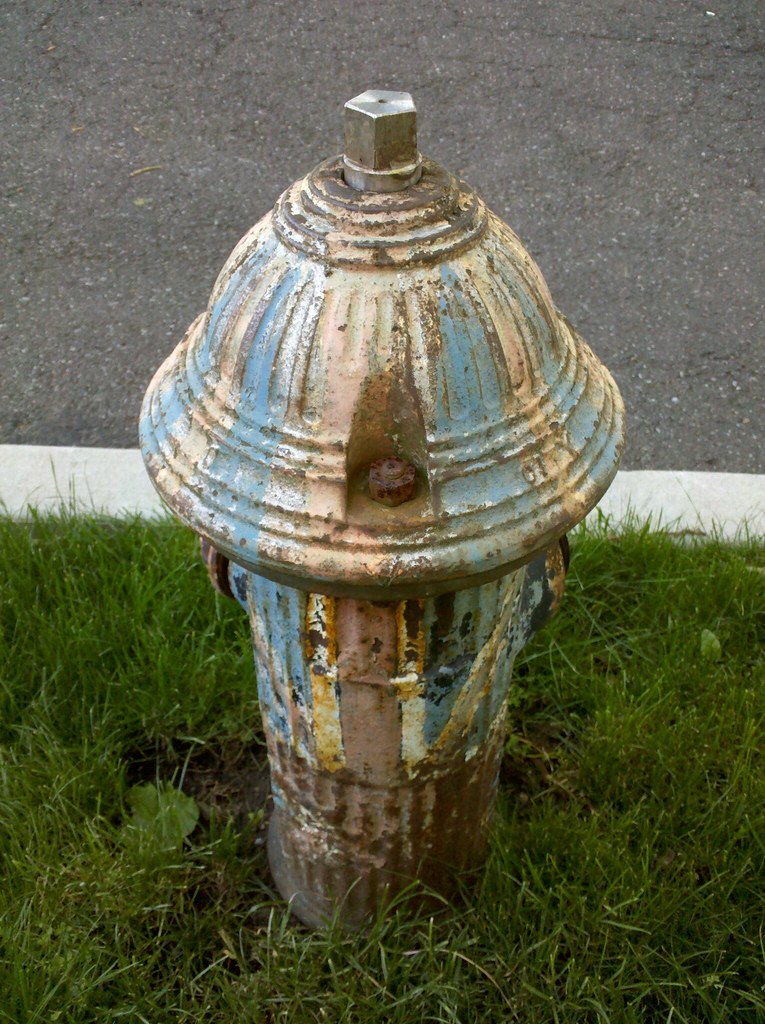 Fire hydrants were the canvas of choice for many patriotic painters during the Bicentennial, but it appears some dastardly loyalists got their hands on this one. 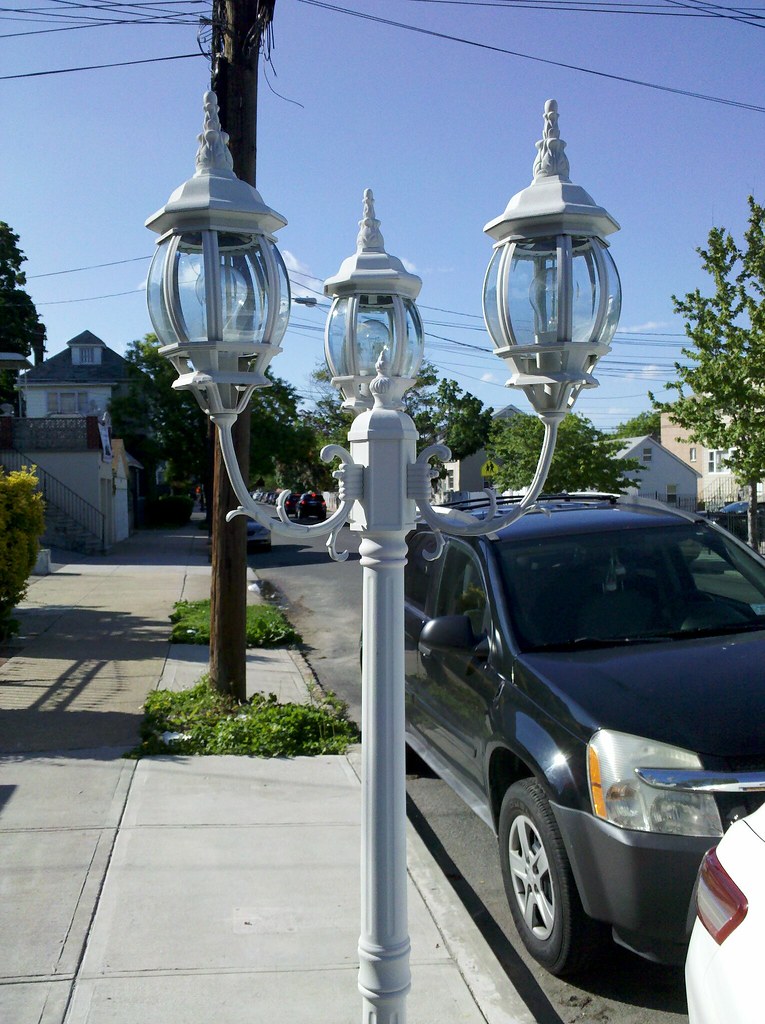 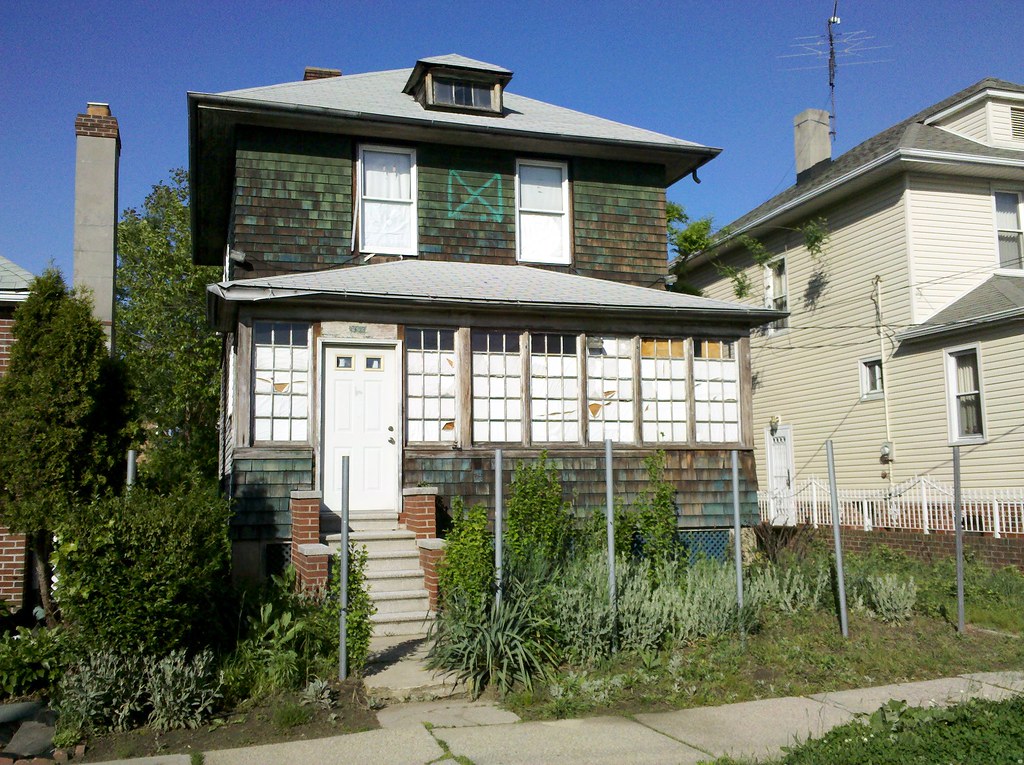 According to a neighbor, this house has been uninhabited since the current owners purchased and gutted it in 1974. They periodically make small "improvements" (like sticking the metal poles in the front yard) to keep it from becoming legally abandoned, but it's been falling further and further into disrepair for close to 40 years now, and has been deemed unfit for human occupancy. People in the neighborhood have offered to buy it, but the owners refuse to sell. The house they actually live in is quite a doozy, apparently, and it sounds like I'll know it when I see it. Stay tuned!

Waiting for the bride and groom 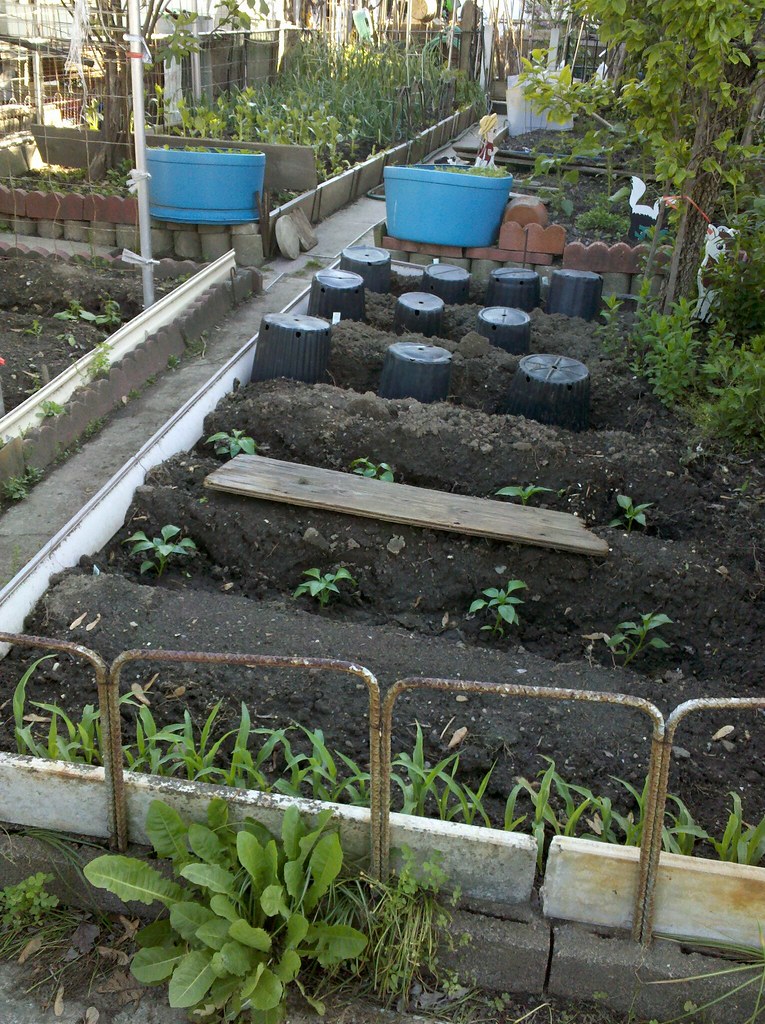 A woman I met in passing swore this car hasn't moved in ten years. There's no alternate-side parking here on Edison Avenue, so I suppose it's possible, although the registration is up to date and the tires are fully inflated. The pavement beneath the car does look a little discolored...

But, sadly, it appears she was wrong. When the Googlemobile passed by in September 2007, this car was nowhere to be seen. It does appear in one undated aerial photo, though not in a second one. And the bird's-eye views are inconclusive. The most likely explanation would seem to be that the owner lives in the adjacent house and regularly parks in this spot because it is convenient and, given the ample street parking in the area, generally available. 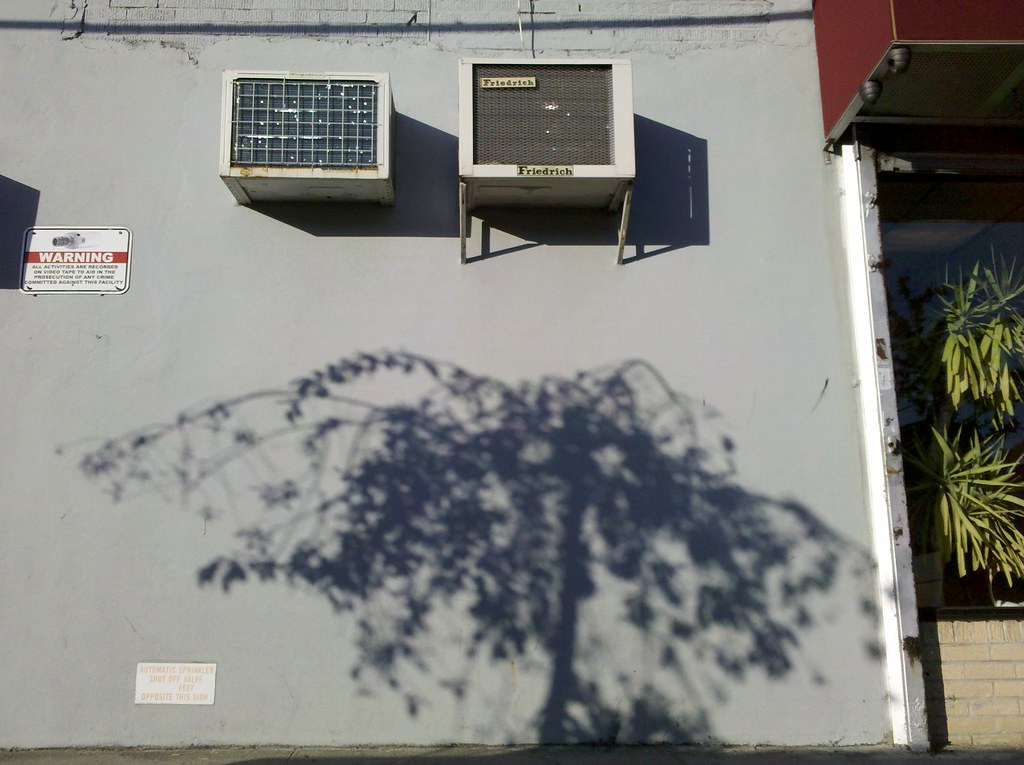 The rising sea of ivy Planet of the Daisies 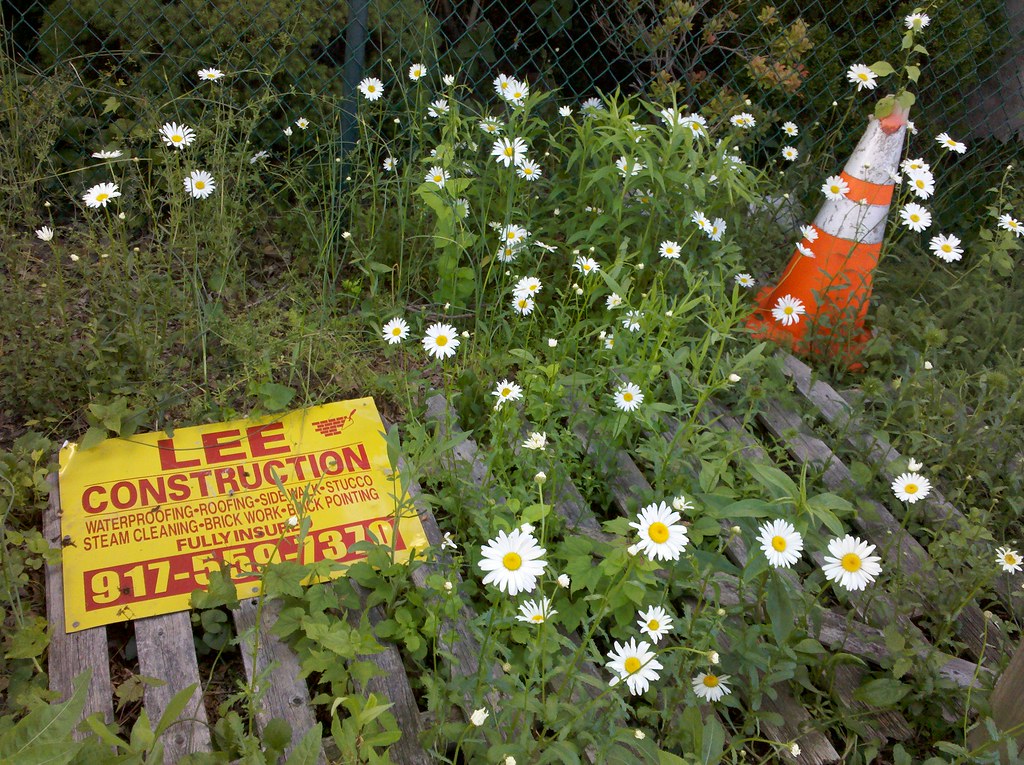 Your eyes do not deceive you: one has actually grown up through the traffic cone. 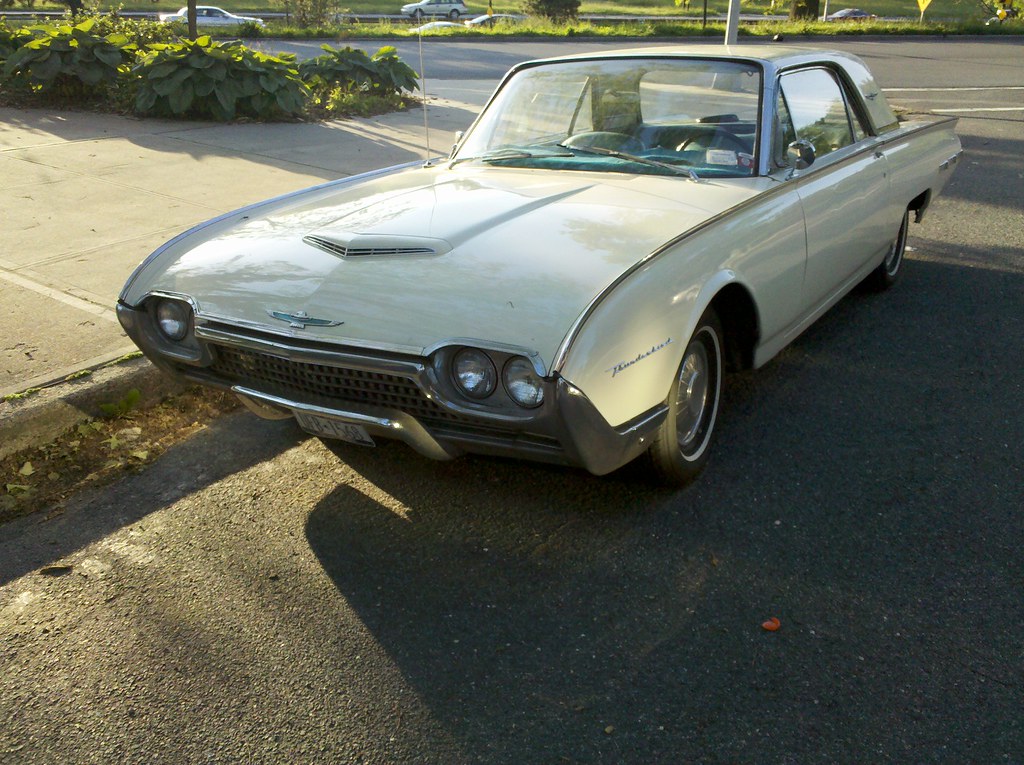 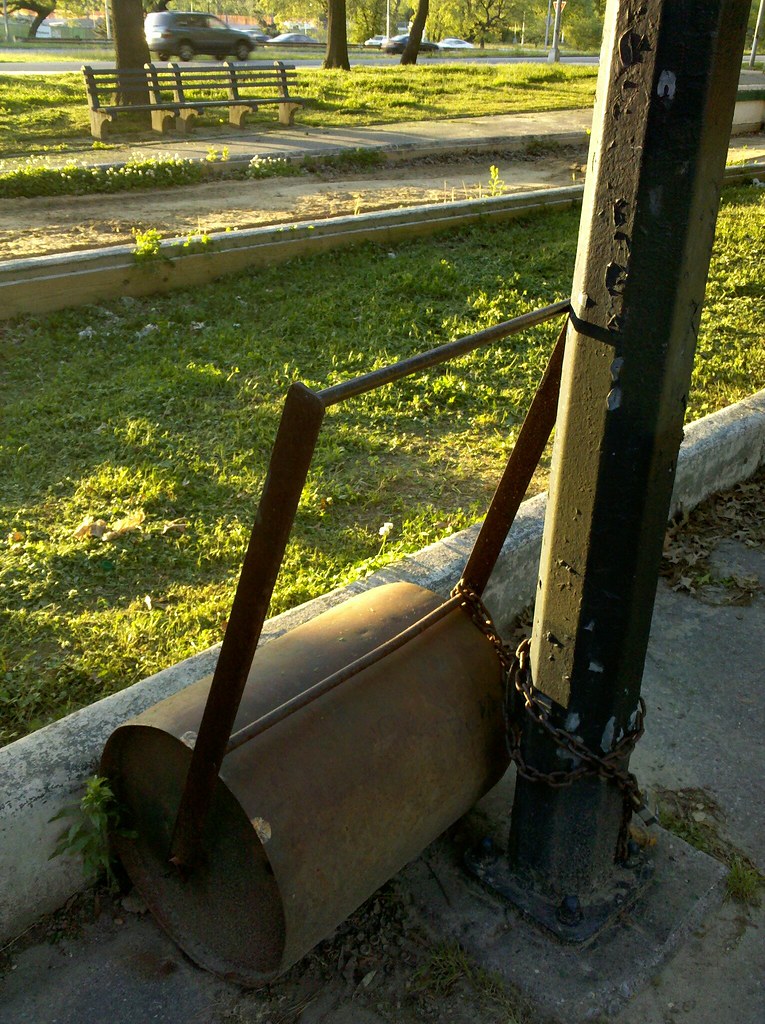 The fun never ends with one of these sweet babies. 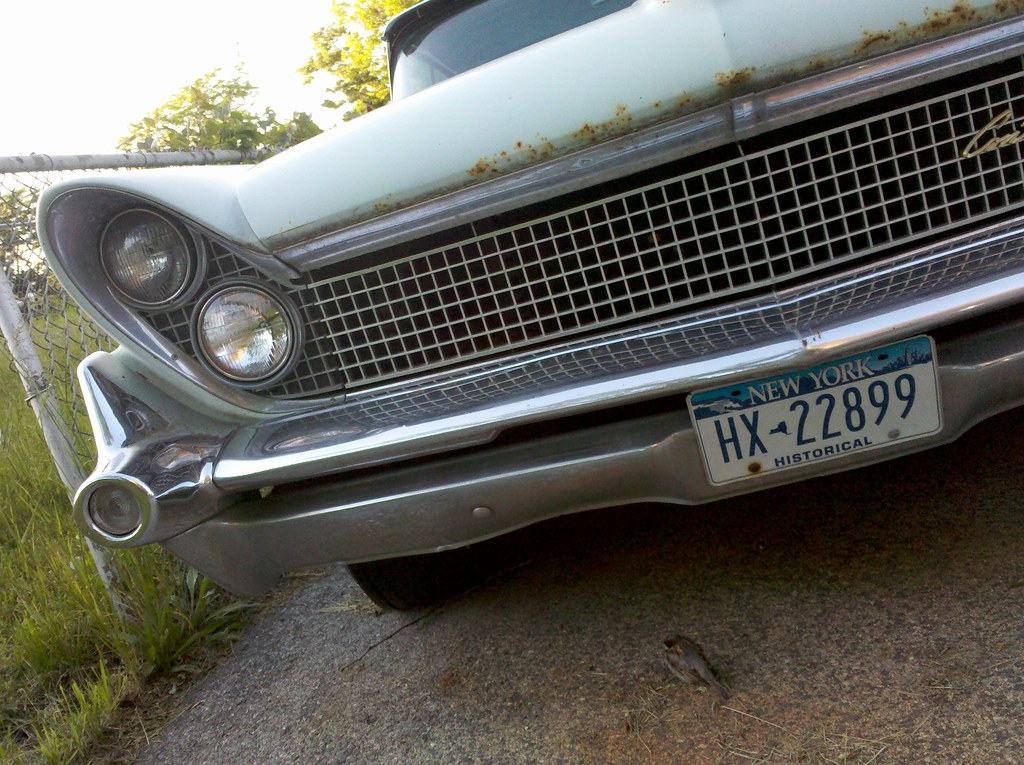 A little birdie and a lotta car Memorializing an adulterous "slay-plotter" (a phrase used exclusively by the Post, it seems) on this bench in Pelham Bay Park since August 21, 2011

You Have a Date! The female version of This Was Your Life!