The Tree of Dreadlocks 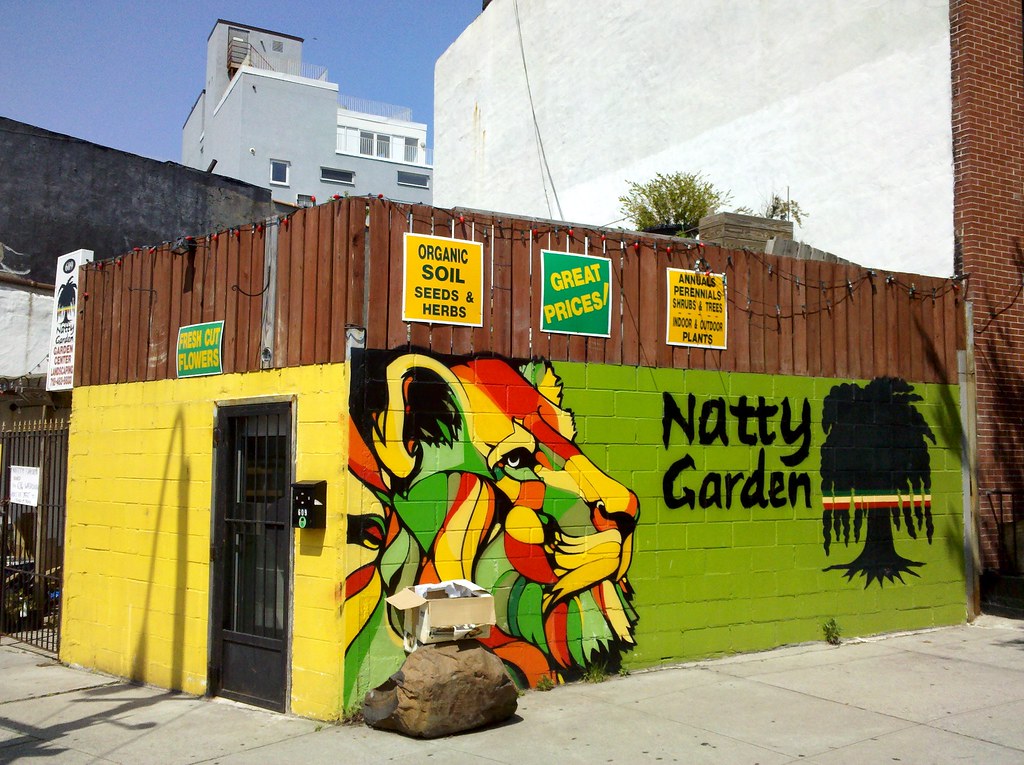 and the Lion of Judah 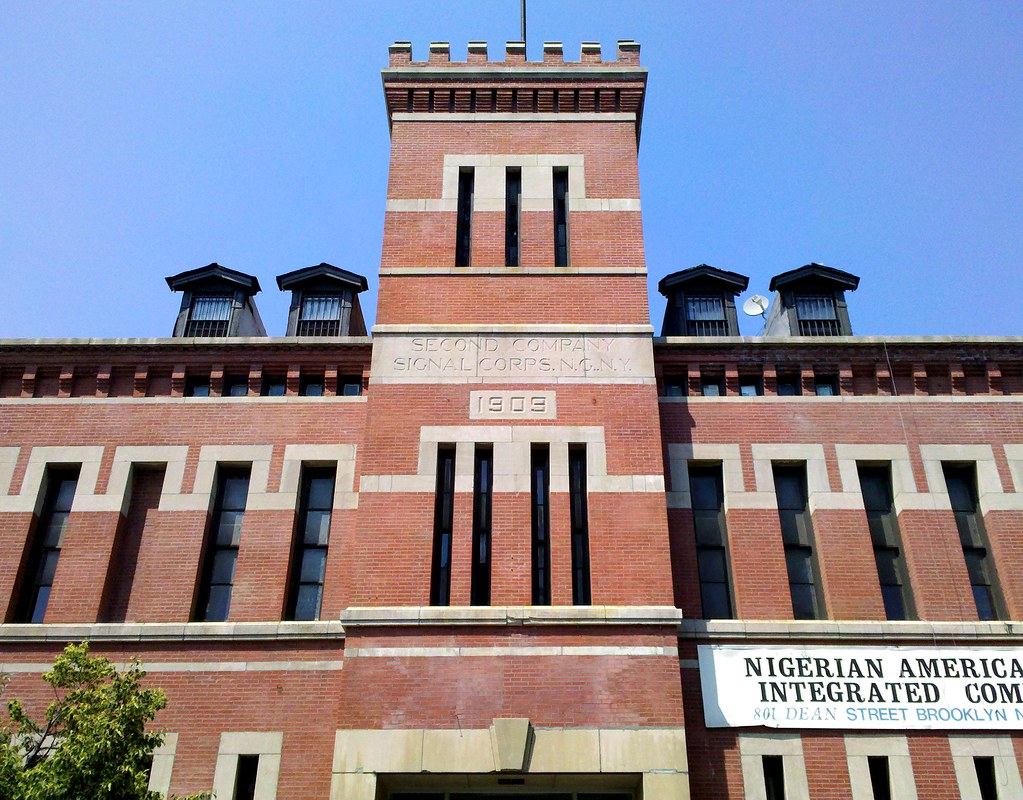 In 1838, eleven years after slavery was abolished in New York State, a few free black men, including a longshoreman named James Weeks, bought some farmland in what is now Crown Heights and Bedford-Stuyvesant in Brooklyn. They split their property into lots, which they sold to other black families, many of whom had made their way to New York from the South (some by foot!).

Within a couple of decades, Weeksville, as the area was known, had become an important cultural center for free blacks, with its own businesses, churches, social organizations, school, hospital, and newspaper. It served as a refuge for Northern blacks fleeing racial violence, like the 1863 draft riots in Manhattan, and reached a population of around 700 families at its peak.

As the 19th century gave way to the 20th, Weeksville found itself consumed by a rapidly growing Brooklyn. Many of its buildings were torn down as new streets and houses were built, and it became physically integrated into the surrounding area, losing its identity as a self-contained village. It had largely faded from memory by the middle of the 20th century, and was well on its way to becoming nothing more than a historical footnote, when something kind of incredible happened in 1968, and just in the nick of time, as it turns out.

An instructor at the Pratt Institute, by the name of Jim Hurley, had learned of Weeksville's existence after stumbling across a mention of it in a book about Brooklyn history, and he was interested in searching for any remaining traces of the village. He and a local pilot named Joseph Haynes flew an aerial survey over the neighborhood, and from their elevated vantage point they noticed a row of four rundown wooden houses not aligned with the street grid, swallowed up inside a block, with only a dusty alley providing access to the street.

Hurley and Haynes noted this unusual layout and later discovered that these structures originally fronted on Hunterfly Road, an old Indian trail and colonial road that ran through Weeksville, and that had been largely obliterated by the imposition of the modern street grid. This little phantom stretch of the historic thoroughfare had somehow managed to hang on, remembered only by the handful of deteriorating homes still faithfully standing beside it.

The city was planning to tear these houses down, but the timely discovery of their historical significance encouraged neighborhood residents to join Hurley in what turned out to be a successful effort to save them. Landmarked a couple of years later, they now belong to the Weeksville Heritage Center, which has restored the houses and turned them into a museum. Construction is currently underway on a new visitor center that will provide ample space for the exhibition of artifacts discovered during the archaeological excavations that have taken place in the area over the past few decades. And the Heritage Center also hosts cultural events of its own, like weekly farmers' markets and free weekend concerts throughout the summer.

Good thing those dudes went up in that plane!

Also at the Weeksville Heritage Center… 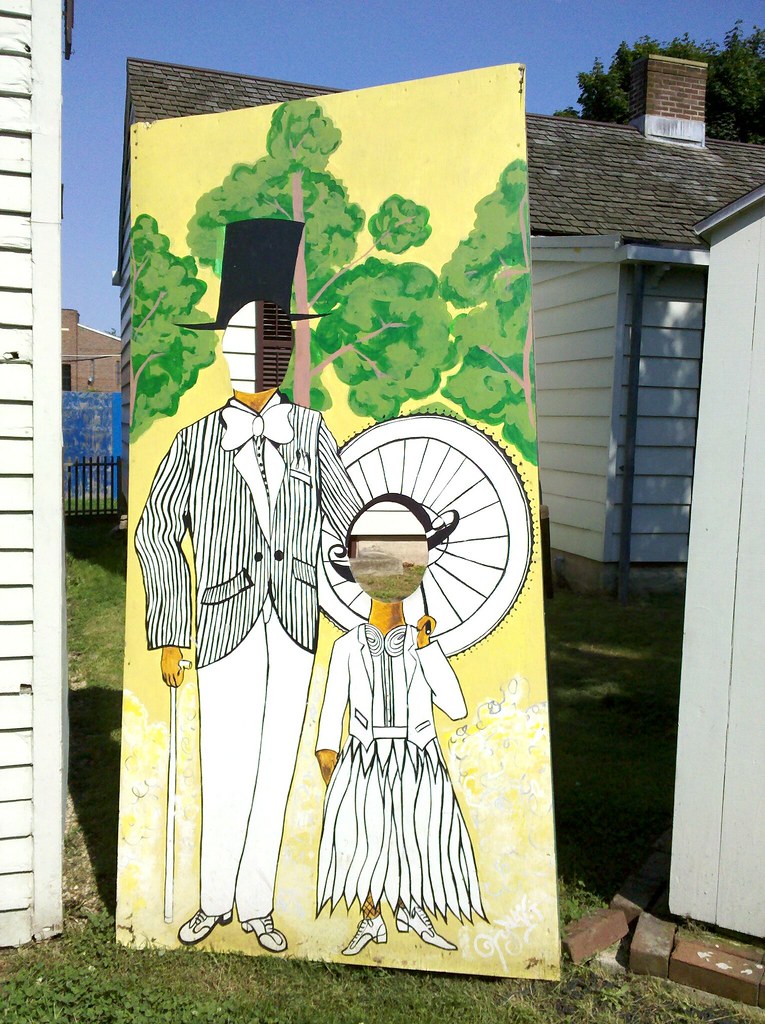 Any visitor destination worth its salt knows you need one of those stick-your-head-in-the-face-hole-and-take-a-picture thingies to keep the people happy. This statue memorializes the Brooklyn Hebrew Orphan Asylum (an offshoot of the Hebrew Orphan Asylum of New York), which stood on this site from 1892 to 1939. I don't know who Rebeka was, but her likeness was sculpted by Maurice Hexter, a leader of the HOA's successor organization.

One notable former resident of the orphanage was eden ahbez, who wrote the song "Nature Boy", which our old friend Rob played for me when I visited him back in Wisconsin. 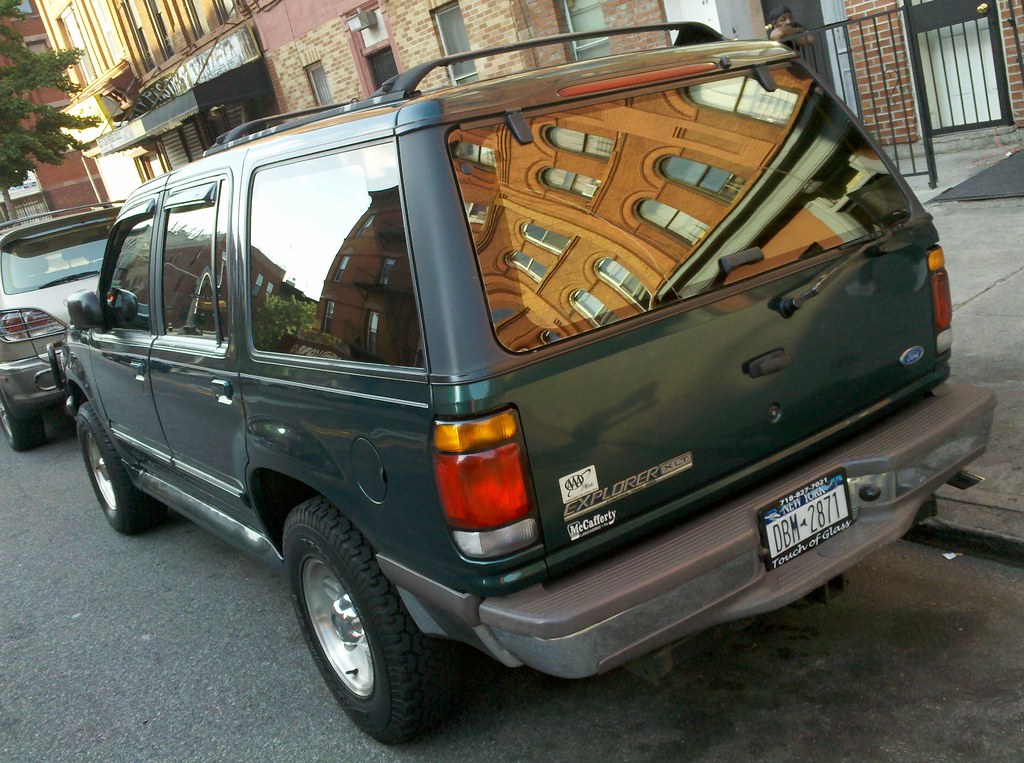 Still hot on my trail! 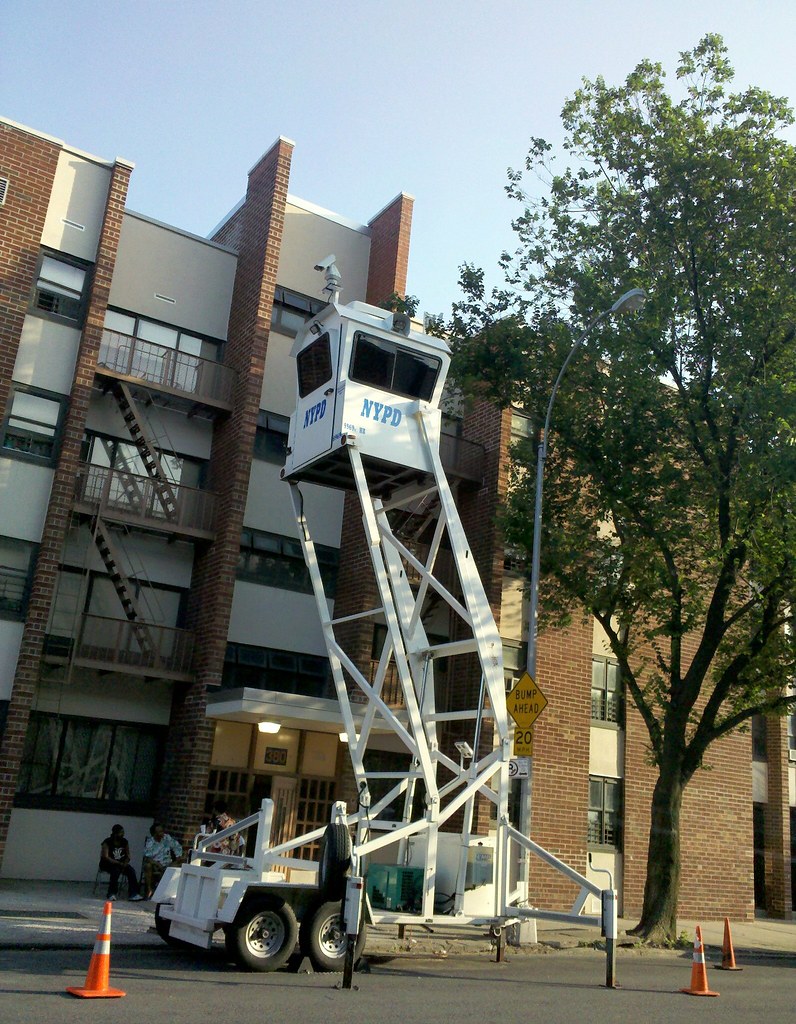 The best of both worlds! 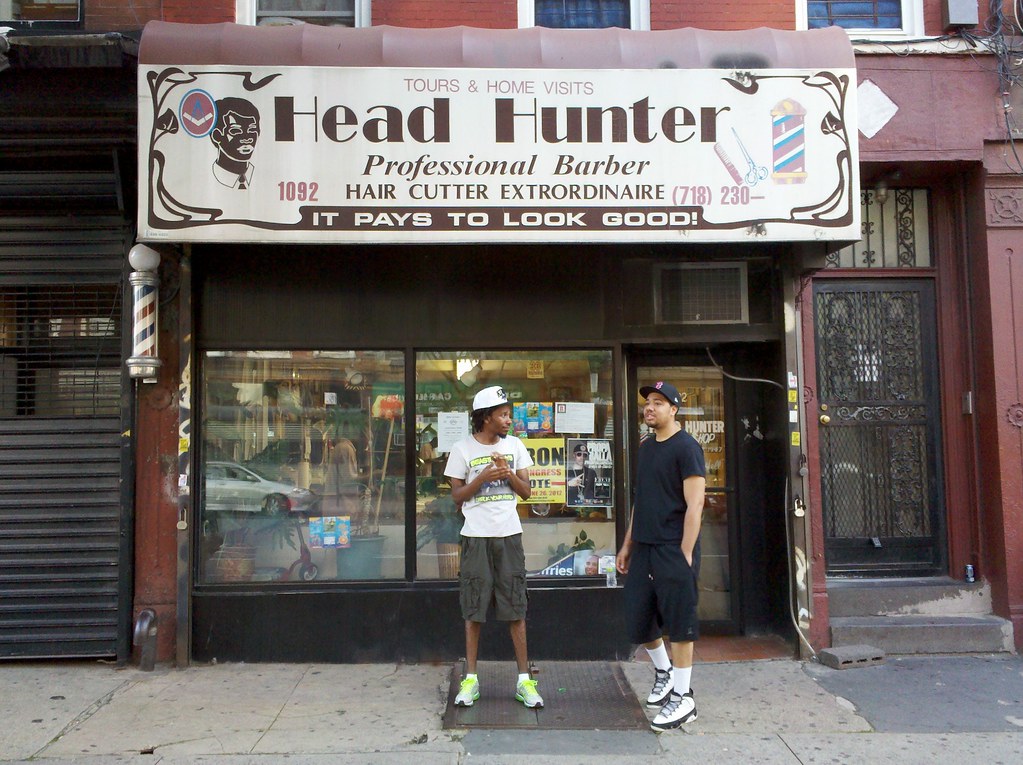 The Respect For Life Hair Empire 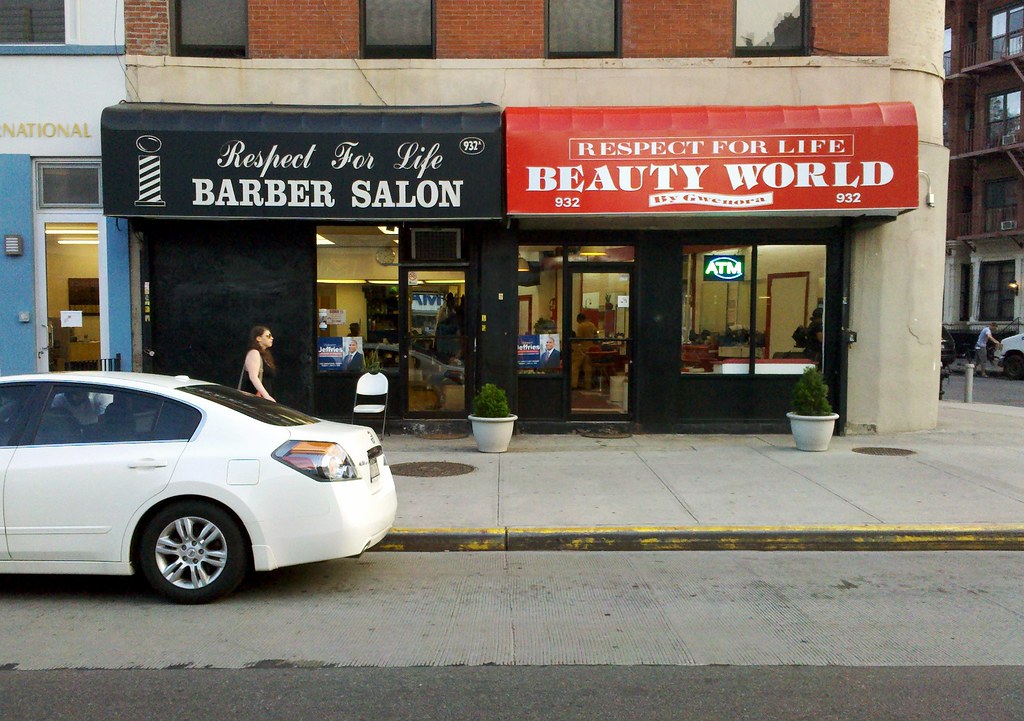 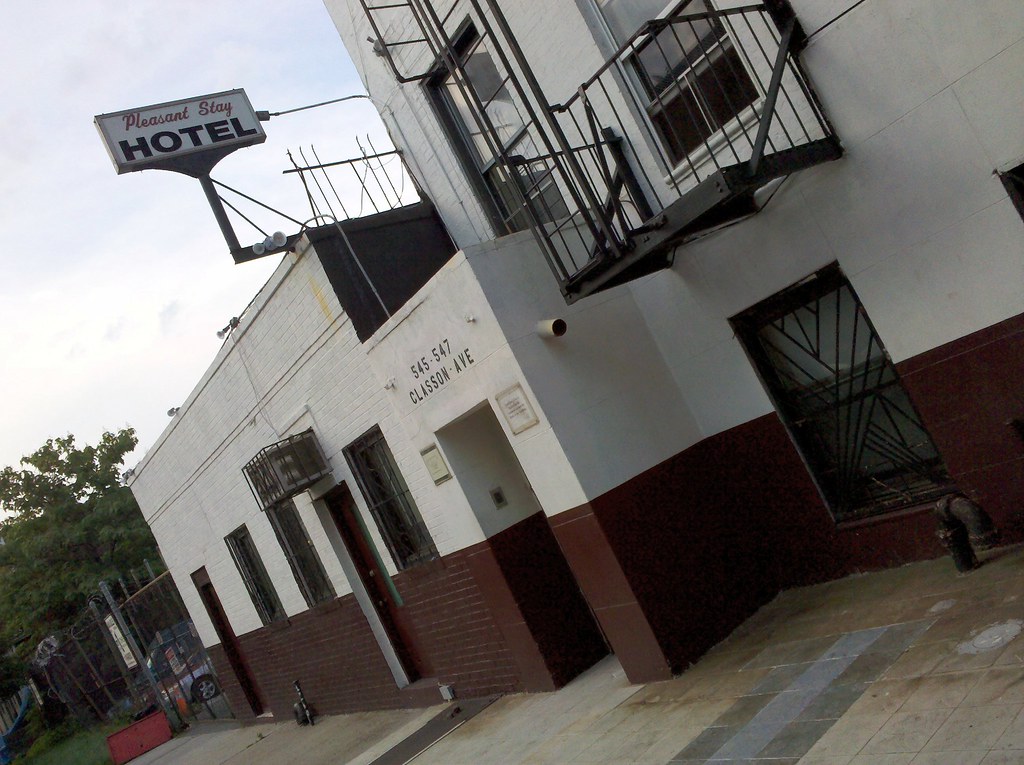 This former theater was bought in 1984 by Judge John Phillips Jr., the self-christened "kung fu judge" who taught a martial arts style he called the “Gorilla-Gnat System of Scientific Movements and Defensive Fighting". And things have only gotten crazier from there.

The linked article also mentions a second theater, known as the Black Lady, bought by Judge Phillips. I learned a little more about its location from this earlier piece about the Slave saga, and realized that it is the theater referenced in the sign above these murals! Like the Slave #1, it's been closed for quite some time, which unfortunately means I'm probably never gonna get a look at Mom's Living Room. Rawlston Charles, the man behind this record store, was a major producer of calypso and soca music in the 1970s, putting out a string of hits on his Charlie's Records label. This mural apparently "highlights the importance of bridging the gap between community elders and youth".