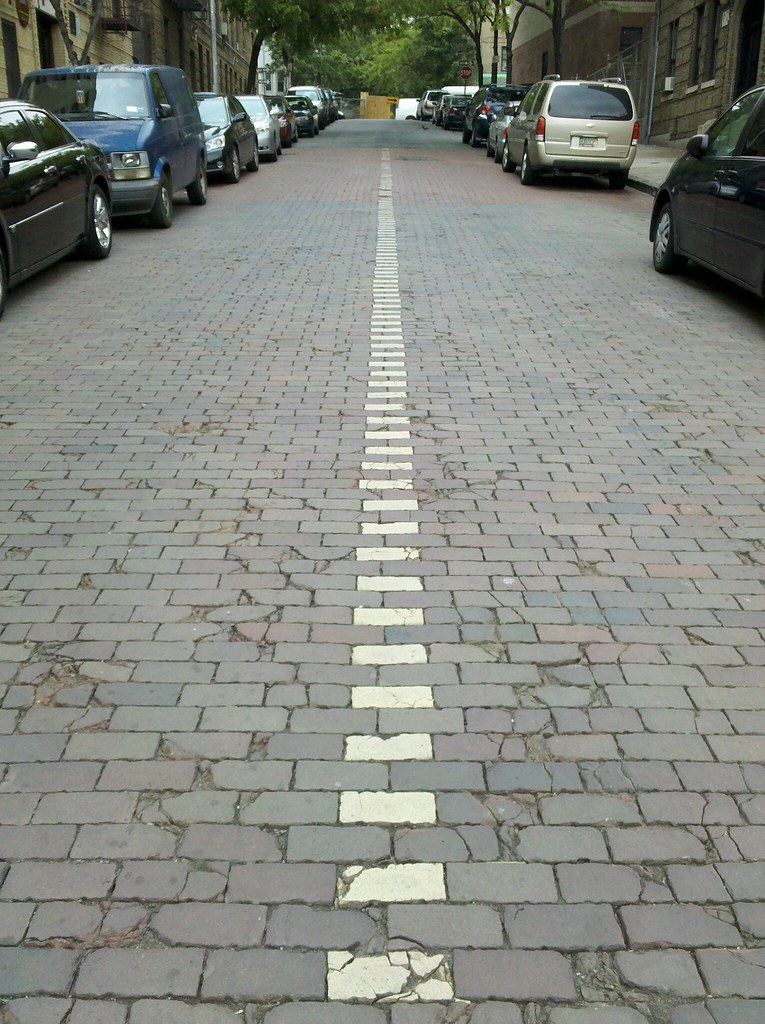 Up at the top of this uniquely paved street, on the lot currently occupied by the Edison Arms (that red and beige brick apartment building on the right) once stood Edison Studios, which produced films here in the Bronx from 1907 until the whole operation folded in 1918. Amazingly, you can watch some of the films from that era (along with, even more amazingly, many of the non-narrative "actualities" shot by Edison Studios in the years preceding its move to the Bronx, which offer an incredible view of turn-of-the-century New York, among other places), all of which are now in the public domain. Perhaps the most notable film from the Bronx days is the twelve-minute-long Frankenstein, which can be seen here. (I also found a hilariously obsequious NY Times account of Andrew Carnegie recording a film at Edison in 1914.)

Day 83: A little Chekhov in the park