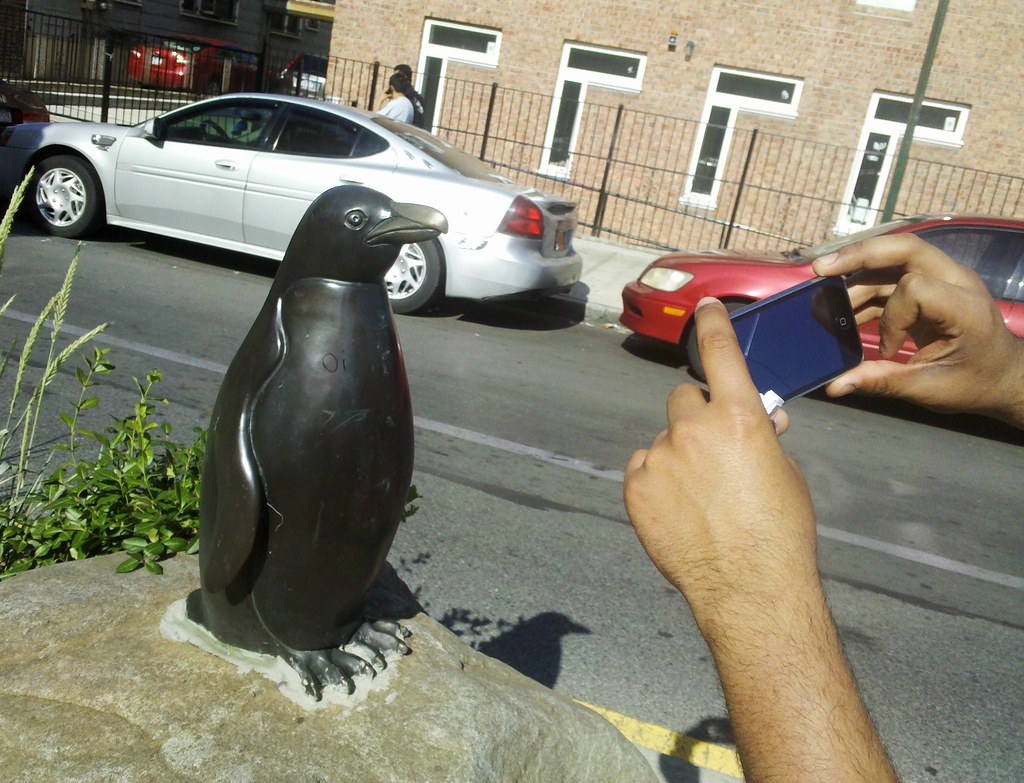 It should come as no surprise that this little guy, perched on a traffic median in Jackson Heights, owes his existence to Henry Stern. He originally had a companion a couple of blocks away, but she vanished without a trace several years ago. Wink himself seemingly left town back in 2009, only to mysteriously reappear on his rock some months later.