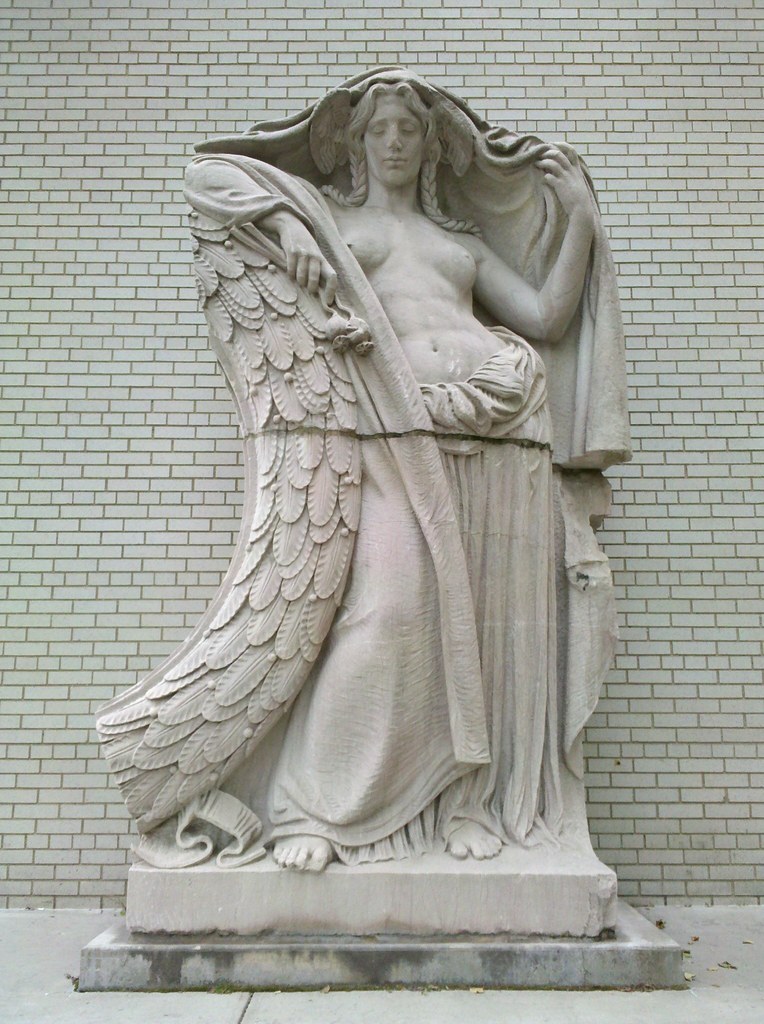 This sculpture and its counterpart, Day, once flanked a large clock above an entrance to the original Penn Station, one of four such pairs adorning the structure (two of which have survived intact, including this one in Kansas City). Incredibly, there was no formal attempt to salvage the artwork from Penn Station; what remains today can largely be attributed to a scattershot assortment of individuals and institutions rescuing whatever they could from the demolition site and the landfill. Two granite balusters, for instance, owe their continued aboveground existence to a New Jersey man who found them in the Meadowlands, where the station's stonework had been dumped, hauled them out, and drove them home in his sagging station wagon.