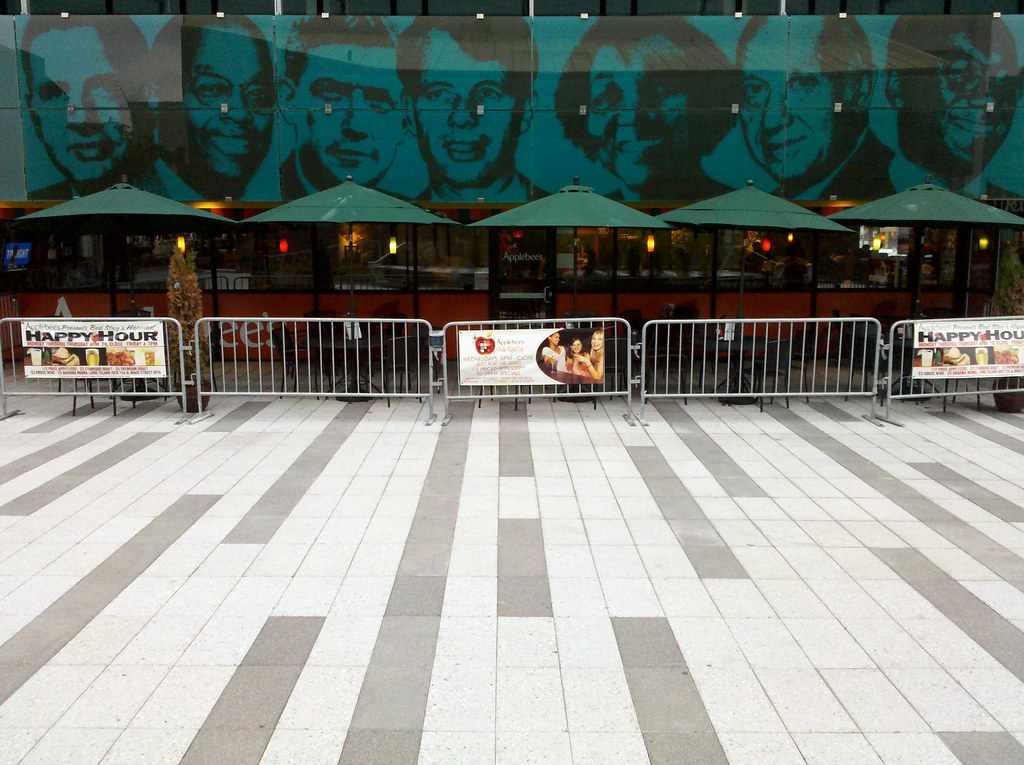 During Bobby Kennedy's 1966 visit to the troubled Brooklyn neighborhood of Bedford-Stuyvesant, residents challenged the senator to do something more substantial for them than simply show his face and make a couple of speeches. In response, he joined with Jacob Javitz, New York's senior senator at the time, in amending the Economic Opportunity Act to lay the legislative groundwork for community development corporations.

Kennedy returned to Bed-Stuy later in the year to announce the creation of the Bedford Stuyvesant Restoration Corporation, a community organization focused on housing, education, economic development, and the arts. Restoration took over an abandoned milk-bottling factory as its headquarters, and has since converted the entire block into a plaza surrounded by cultural centers, classrooms, and businesses.

While that all sounds very nice, I must admit that I was rather dismayed to find, prominently featured here in the plaza — and adorned with the oversized heads of the politicians and local leaders who made this place possible, no less — the bland antithesis of spirited community development: my arch-nemesis, Applebee's!