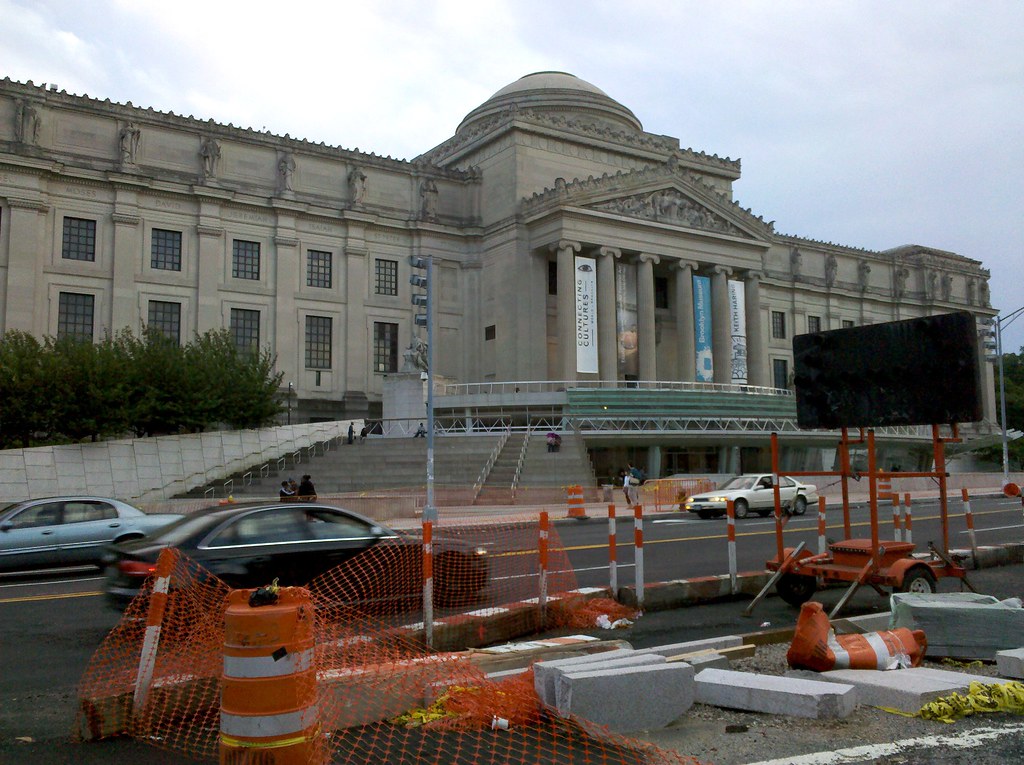 The 1893 master plan for the Brooklyn Museum, then known as the Brooklyn Institute of Arts and Sciences, called for a far larger structure than was ever built. Intended to be more than a museum, it was designed to house academic and research facilities for a broad array of disciplines. But when Brooklyn joined New York City in 1898, the Institute suddenly had to compete for city funds with established museums in Manhattan; the money promised by the erstwhile City of Brooklyn was no longer available, and construction was scaled back considerably. It wasn't until the 1930s that the Institute began narrowing its focus to the arts, starting its transition to the Brooklyn Museum that we know today.