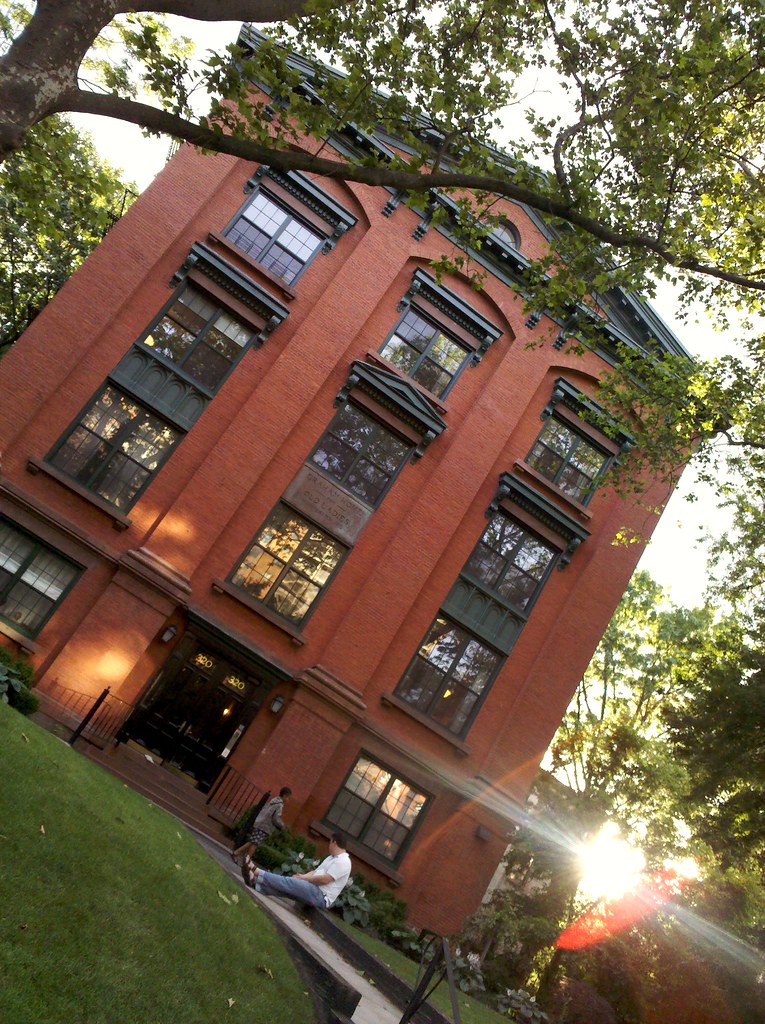 This Clinton Hill building began its life in 1851 as the home of the Brooklyn Society for the Relief of Respectable Aged Indigent Females, an organization founded by John Graham "in consequence of his sympathy with the indigent gentlewomen who had, by previous culture and refinement, been unfitted to accept willingly the public asylum provided by the state". In order to be admitted, "a lady had to be over 60 and bring satisfactory testimonials of the propriety of her conduct and the respectability of her character".

By the 1980s, the property had become the Bull Shippers Plaza Motor Inn, and was populated by women of a different sort: "ladies by the hour who brought only scanty-panty testimonials of propriety".

After sitting vacant for the better part of the '90s, the decrepit structure was bought and renovated by a developer, who turned it into one of the neighborhood's first condominiums in 2001.