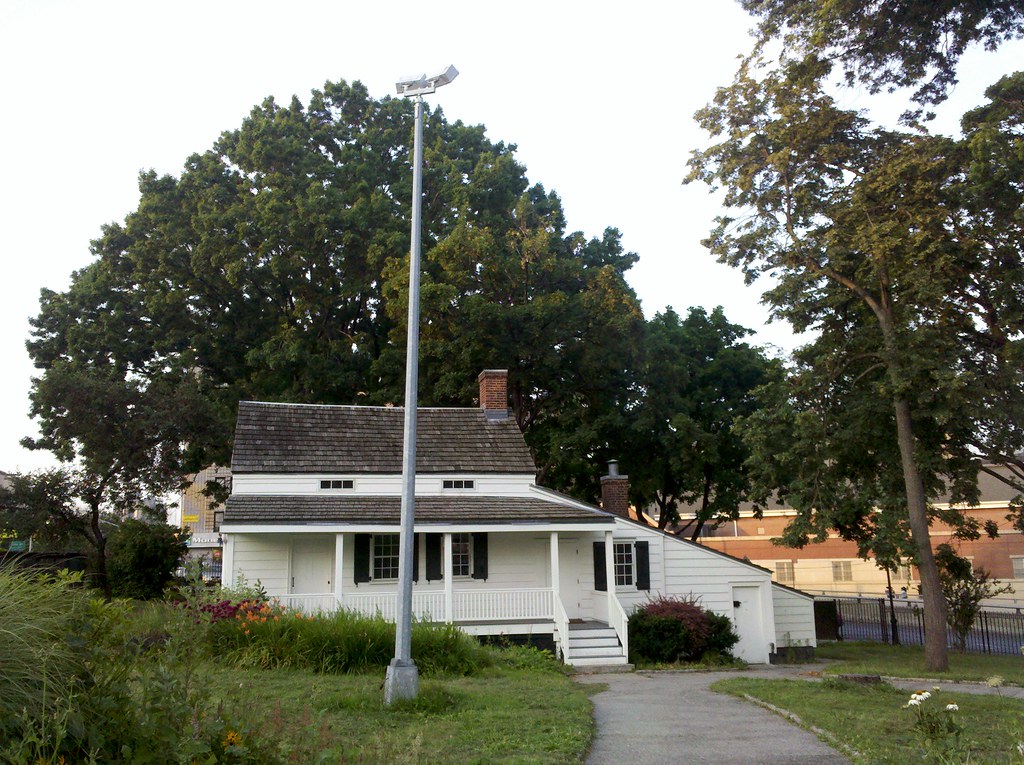 We've already encountered, on two previous visits to the area, the puny little dead-end street (which has at least been marked with a street sign since Kevin Walsh took his literary spin through the neighborhood) named for the Bronx's master of the macabre. While a dark alley may seem a fitting tribute to a man often portrayed as a perpetual inebriate, it's nice to see he's been honored in a more dignified manner as well, with the preservation of his house and the recent construction of a visitor center (which is still unoccupied, though perhaps not for too much longer) in the surrounding park.

Edgar Allan Poe spent the last few years of his short life in this cottage, originally located just down the street on Kingsbridge Road in what was then Fordham Village. He moved here in 1846 with his wife (first cousin) Virginia and mother-in-law (aunt) Maria, hoping the fresh country air would alleviate Virginia's tuberculosis. She died less than a year later, however, and Poe was heartbroken. Many suspect his final completed poem, one of several works penned here in the Bronx, was an expression of this loss.