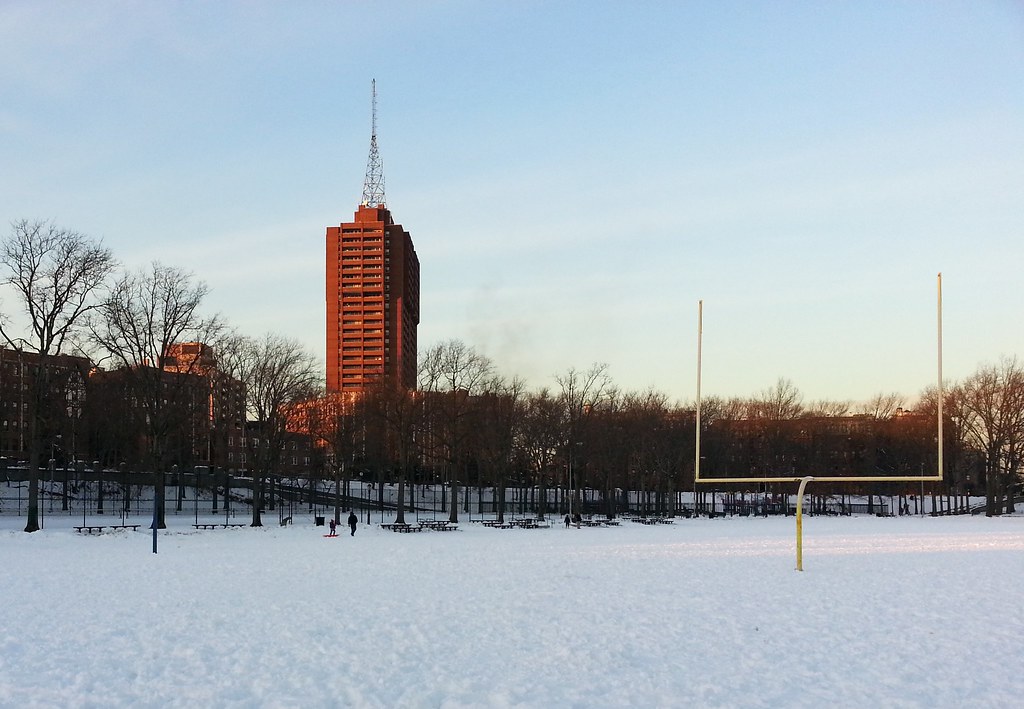 If anyone else out there is a fan of Fordham University's WFUV-FM, you might be interested to know that this is the station's main transmission tower, standing tall atop an apartment building owned by Montefiore Medical Center. The hospital offered to let Fordham locate its antenna on this rooftop in 2004 to resolve a decade-long dispute between the university and its next-door neighbor, the New York Botanical Garden, whose president and chairman were "shocked and deeply disturbed" by the radio tower Fordham had been building on its campus, calling it "a jarring intrusion" on the garden's "magnificent backdrop of unimpeded skyline".