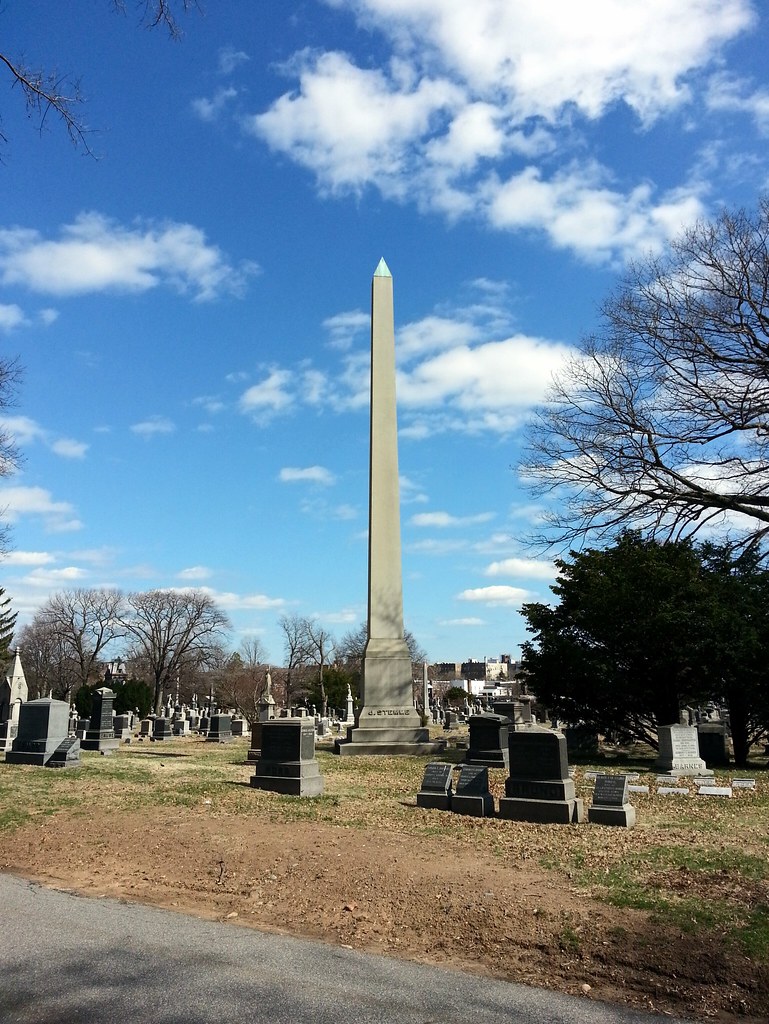 John Stemme was inspired during his travels in Egypt to build this towering monument at his cemetery plot. Standing some 65 feet in height, it was said at the time of its erection in 1896 to be the tallest grave marker in the country. The monolithic granite shaft alone is about 54 feet long; it was carried to New York atop three custom-built rail cars from Barre, Vermont. Weighing around 150,000 pounds before being cut, it was reportedly the largest single piece of granite ever quarried in the US. Neither of those superlative claims holds up to the facts, however: in 1880, an even taller and heavier granite obelisk (photo) was unveiled at the grave of General John E. Wool at a cemetery in Troy, New York.

Some hieroglyphs can be found carved into the pedestal at the base of the monument. They are apparently a representation of Mr. Stemme's name: "it is said that the millionaire spent many weary weeks hunting for a brainy man who was bold enough to undertake the task of translating the name John Stemme into Egyptian."