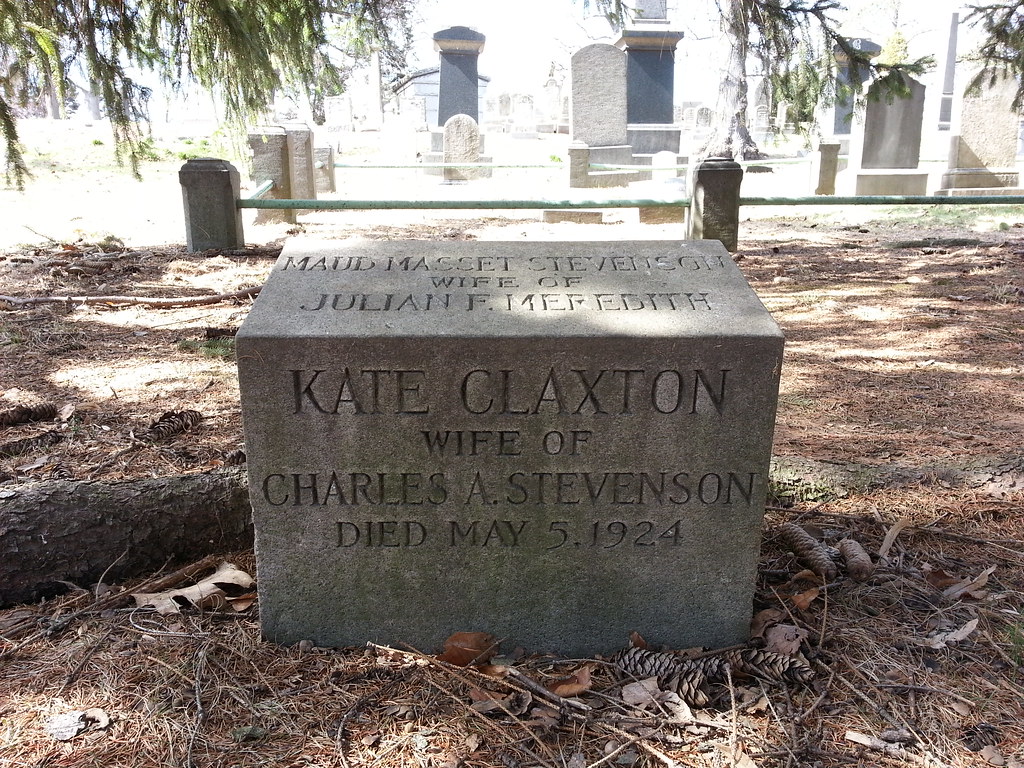 A popular actress, Ms. Claxton was on stage during the 1876 Brooklyn Theatre fire that killed at least 278 people (a disaster that has its own memorial here at Green-Wood). After a deadly fire broke out in a St. Louis hotel where she was staying a few months later, the press started suggesting it was bad luck to have her in a building, with some publications even printing jokes and making up phony stories about her. This treatment of Ms. Claxton was sufficiently widespread that Thomas Nast was inspired to draw a cartoon in Harper's Weekly mocking the dishonorable journalists who had been writing such things.