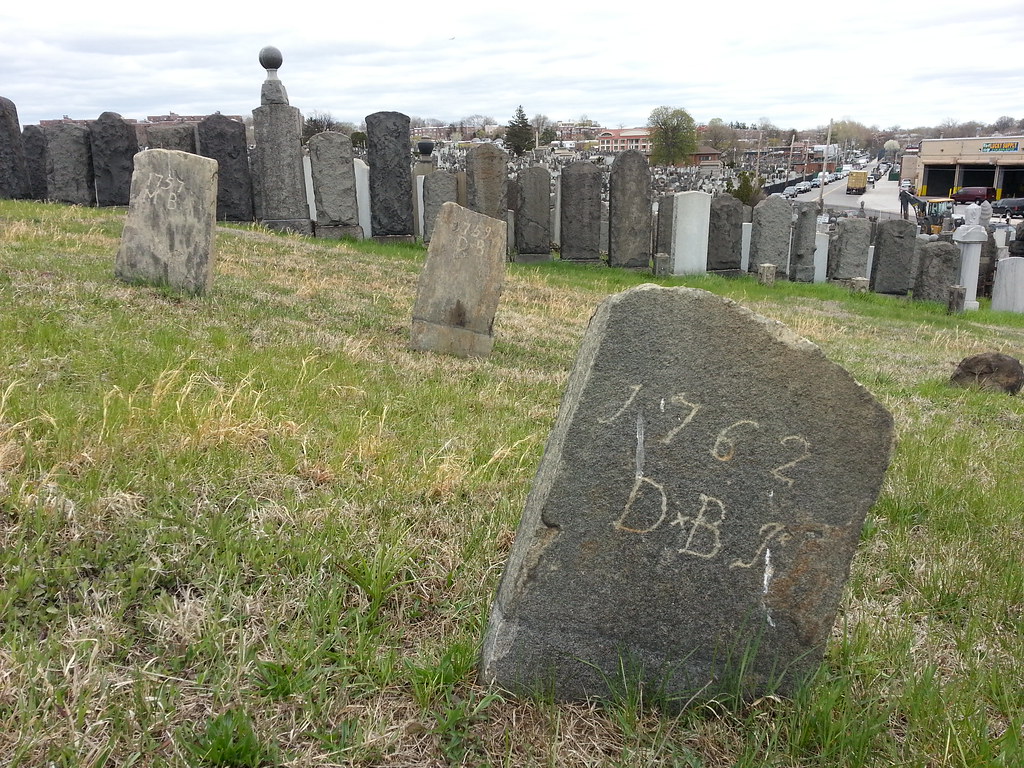 Opened in 1893, Mount Zion Cemetery contains within its bounds the tiny, and much older, Betts family cemetery, whose relative scarcity of headstones sets it apart from its jam-packed surroundings. This area was once part of the estate of Captain Richard Betts, who is said to have dug his own (unmarked) grave here in 1713 at the age of 100. The stone in the foreground belongs to Daniel Betts Jr., Captain Richard's great-grandson, whose wife supposedly outlived him by 76 years, dying at the age of 109!