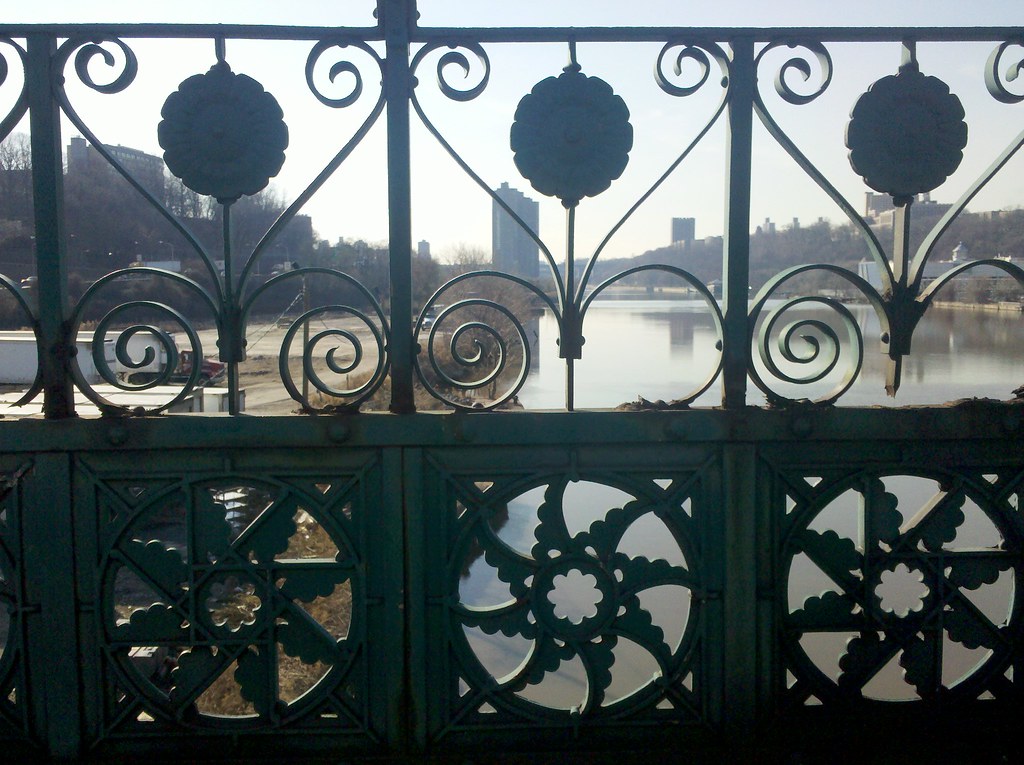 In 1906, the Broadway Bridge (at the northern tip of Manhattan) was replaced with a new double-level bridge that would carry both Broadway and a new subway line extension across the Harlem River Ship Canal. The old bridge was still in good shape, so they simply lifted it off its pier, floated it down the Harlem River, and installed it here as the University Heights Bridge. The bridge was reconstructed around 1990, but its designation as a landmark required its appearance to be maintained.