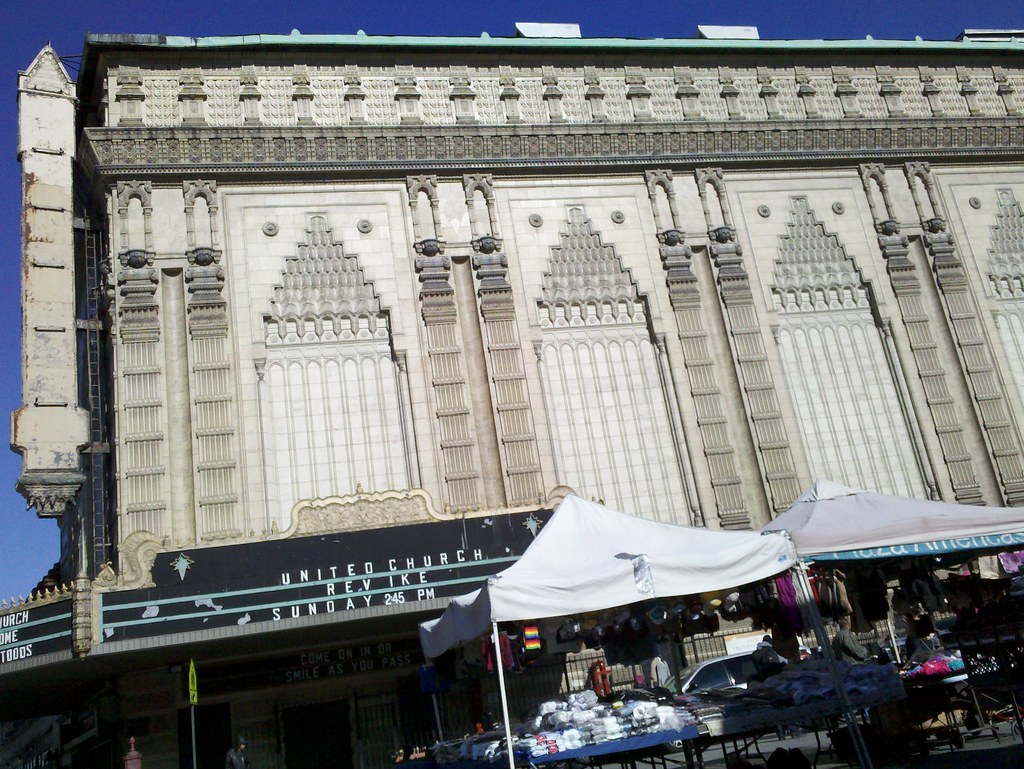 Frederick J. Eikerenkoetter II, better known as Reverend Ike, was a charismatic, flamboyant preacher who, during his 1970s heyday, spread his prosperity-based doctrine of the Science of Living to a TV and radio audience of some 2.5 million people, becoming a multimillionaire in the process. In 1969, he purchased the former Loew's 175th Street Theatre, a "delirious masterpiece" built in the "Byzantine-Romanesque-Indo-Hindu-Sino-Moorish-Persian-Eclectic-Rococo-Deco style", and turned it into his headquarters, renaming it the Palace Cathedral. (It's also known as the United Palace Theatre in its more recent role as a part-time music venue.) Rev. Ike passed away in 2009, and his son has since taken the reins of the church. Hopefully I'll find myself back here on a Sunday and will be able to take a peek inside.