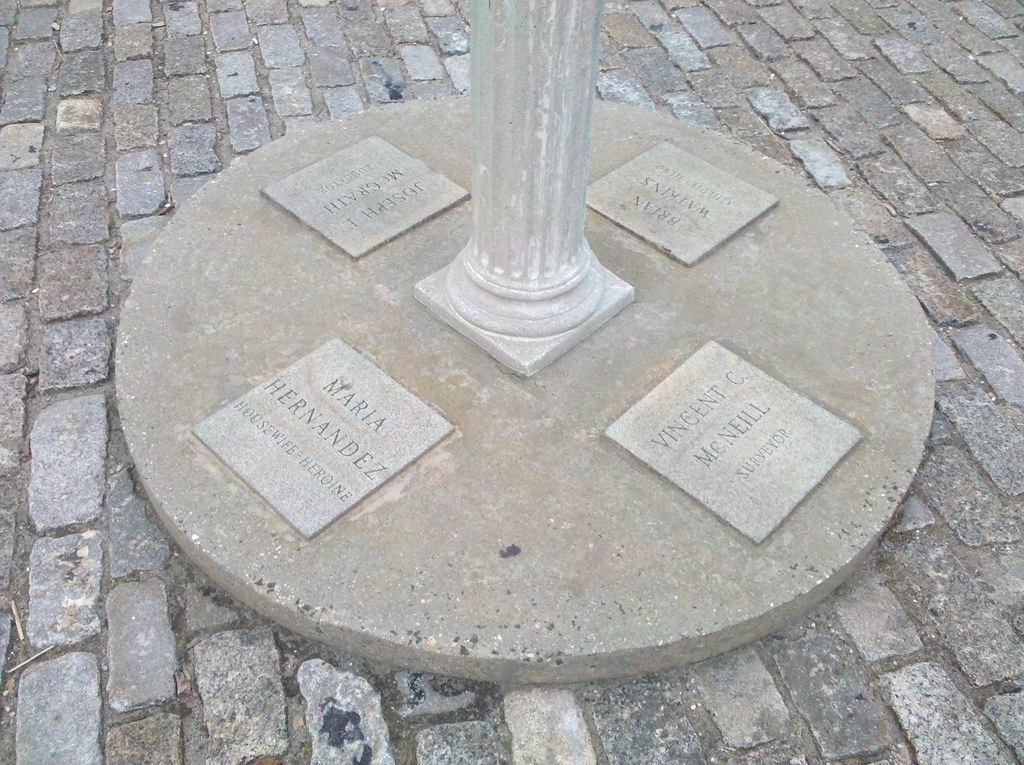 On the base of a sundial near the Citicorp Building. Maria Hernandez was an anti-drug community activist shot to death in 1989. Brian Watkins was a tourist from Utah stabbed to death in 1990 trying to defend his mother in a subway mugging. I can't find anything about Vincent C. McNeill (surveyor) or Joseph E. McGrath (educator); perhaps they were also killed around 1990, when the Citicorp Building opened.