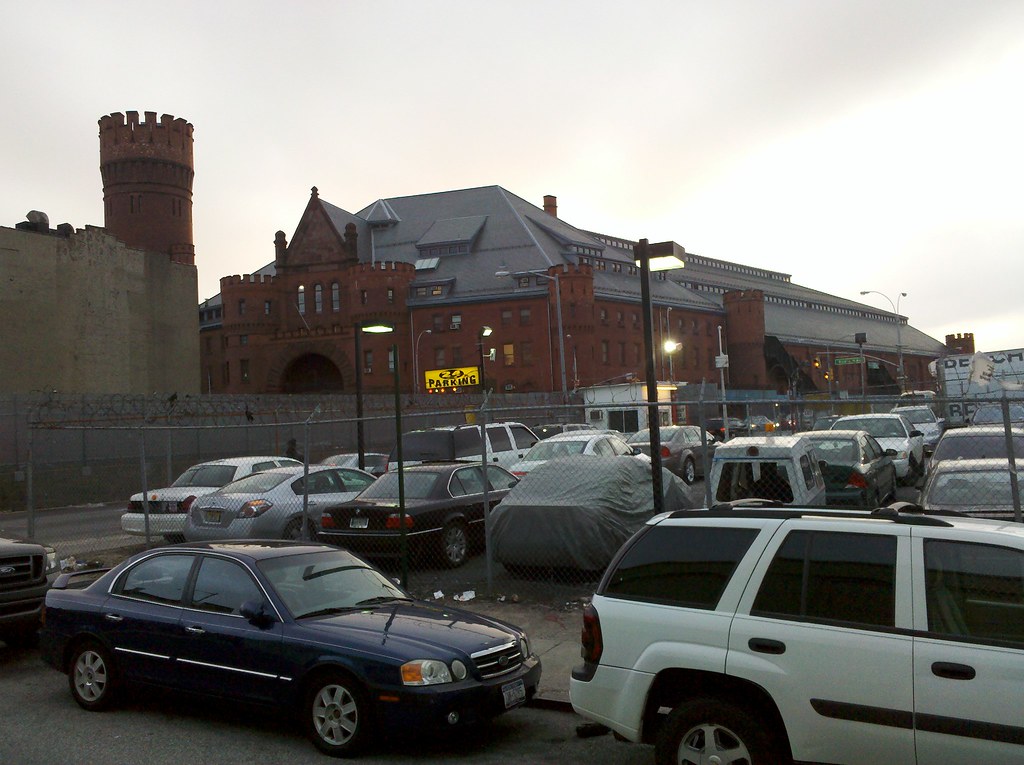 As mentioned previously, this enormous building is currently a homeless shelter. But what was its original purpose? According to the New York Times:


After the Civil War, a number of armories were built around the city to assuage the fears of middle- and upper-class New Yorkers who had seen Civil War draft riots and the Tompkins Square Riots of 1873. A growing immigrant population and a depression begun by the panic of 1873 fueled concern over unrest. Between 1880 and 1913, New York and Brooklyn sponsored the construction of 29 armories, including the Bedford-Atlantic Armory, built for the 23rd Regiment in Brooklyn.

The armory was designed by Isaac G. Perry, chief architect of the State Capitol in Albany. Construction began in 1889 and was completed in 1902 on a building whose 50,000-square-foot drill hall provided open space for training recruits. The vast space also allowed for functions like dances and dog shows.

Day 555: A Coors Light and a campfire