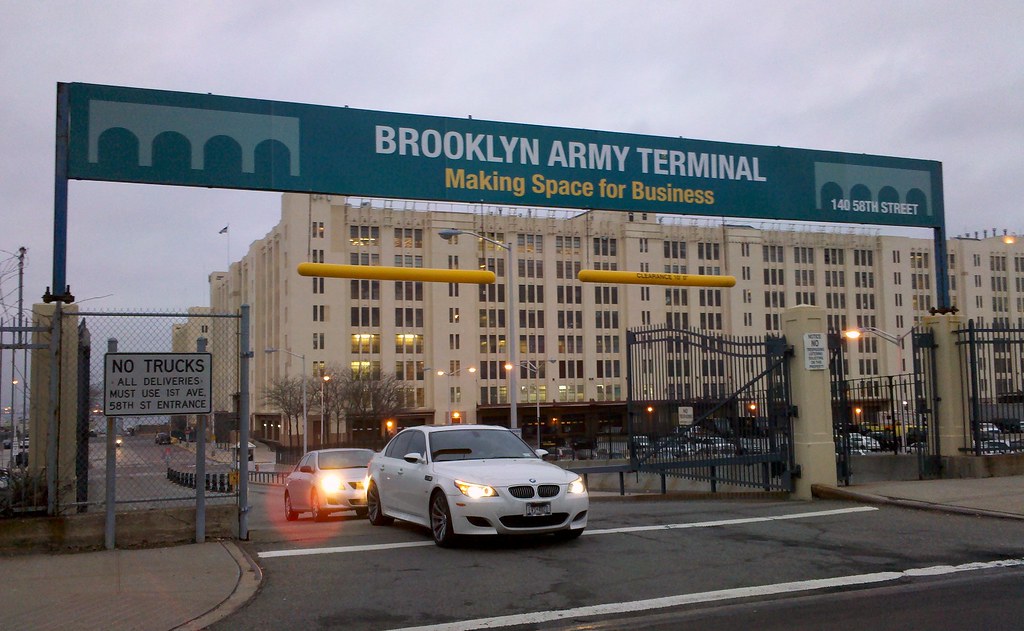 This former Army facility, since redeveloped for commercial and light industrial use, was supposedly the nation's largest military supply base during World War II. It was the point of embarkation for more than three million troops during the war, as well as for a certain young soldier deployed to Germany in 1958 (photos).