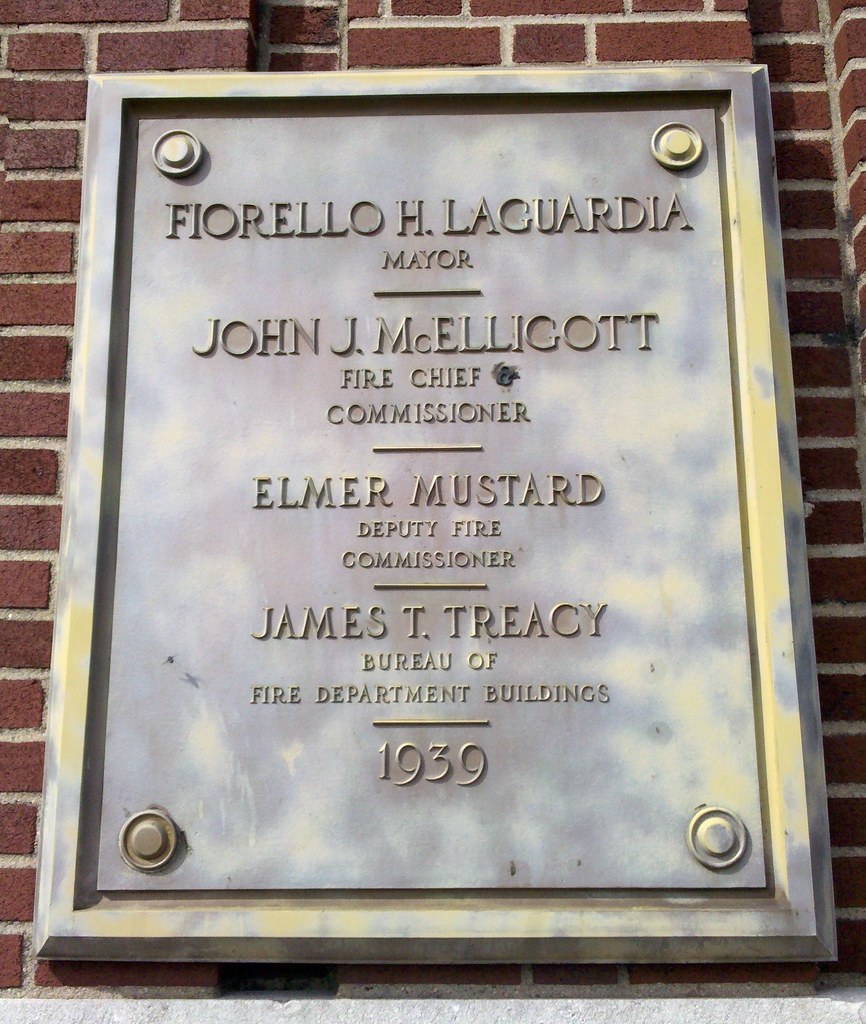 The year after this firehouse was dedicated, Commissioner McElligott abruptly resigned from the FDNY, along with several other department officials, in an attempt to secure more generous pensions than would be provided under a new pension plan that was soon to take effect. In response, Mayor La Guardia named Deputy Commissioner Mustard acting commissioner and instructed him to cancel most of the retirement orders in question. McElligott resumed his duties as commissioner shortly thereafter (although the higher pensions were eventually upheld in court), and so the brief reign of Mustard came to an end after a mere four days or so. And his life came to an end just a few days later, when he died suddenly of a heart attack.

I knew nothing about any of this when I took this picture, however, so when an older woman with a thick Eastern European accent asked me why I was photographing this plaque, I explained to her that I thought Elmer Mustard was a funny name. After a moment's contemplation, her hearty chuckle seemed to indicate that she concurred with my analysis.