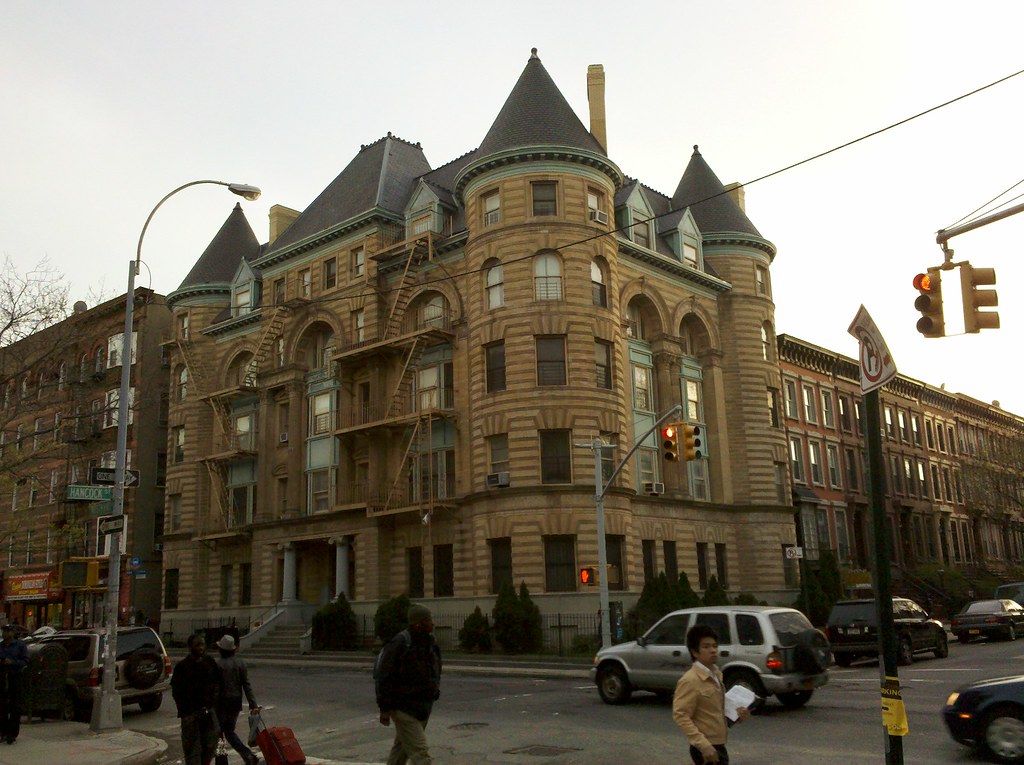 The Renaissance looks awfully similar to the Imperial, which we happened upon last month. So similar, in fact, that I had to double-check my map to make sure I hadn't veered off course. Not surprisingly, both were designed by the prolific Montrose Morris, who also built several houses on the block mentioned in the previous photo (including the one featured in the photo — his own house, which stood next door to that one, burned down 40-some years ago).