Senegal has a new president-elect! 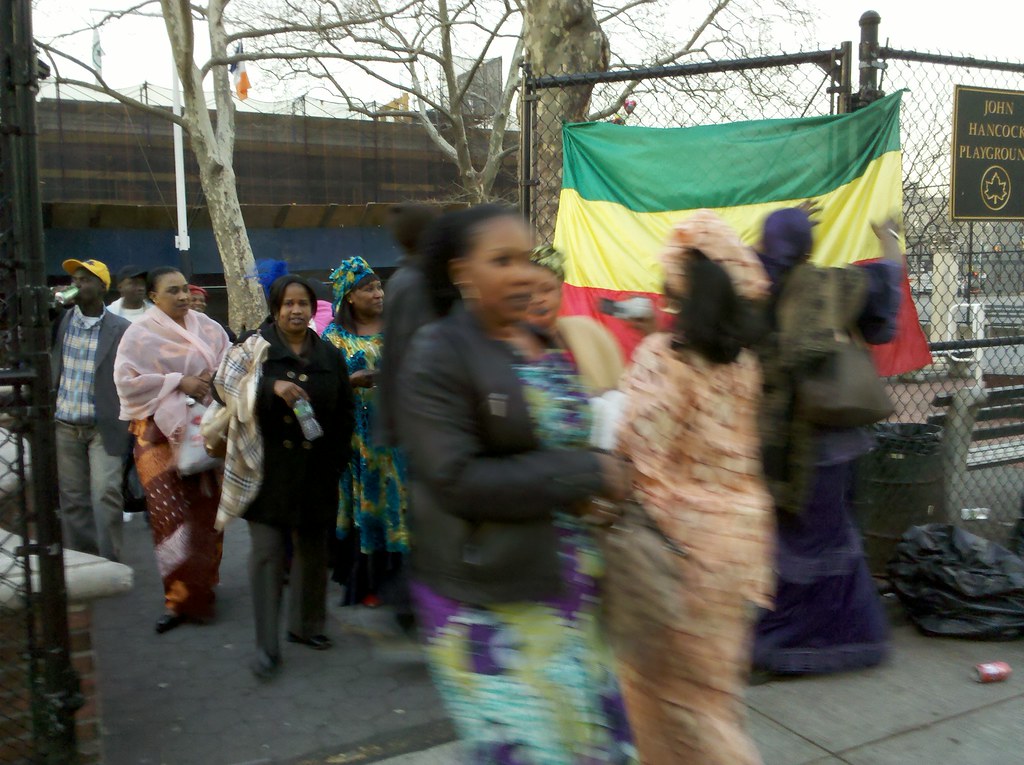 Today was, apparently, election day in Senegal. I discovered this as I was passing by John Hancock Playground in Brooklyn, when a stream of people came jubilantly pouring out of PS 3, chanting and clapping as they walked down the street. They had just closed down the local Senegalese polling station (here's a story about Senegalese New Yorkers voting in the first round of the presidential election back in February), but, thanks to the time zone difference, they already knew the current president, Abdoulaye Wade, had conceded defeat to his rival, Macky Sall. There had been some concern that Wade wouldn't hand over power peacefully, but, fortunately, those fears proved unfounded.

It's easy to become jaded by politics and take our relatively smooth-functioning democracy for granted. Seeing these joyous people emerging from a playground named for the first signer of the Declaration of Independence was a beautiful reminder of how empowering it can be to have a say in your country's future.