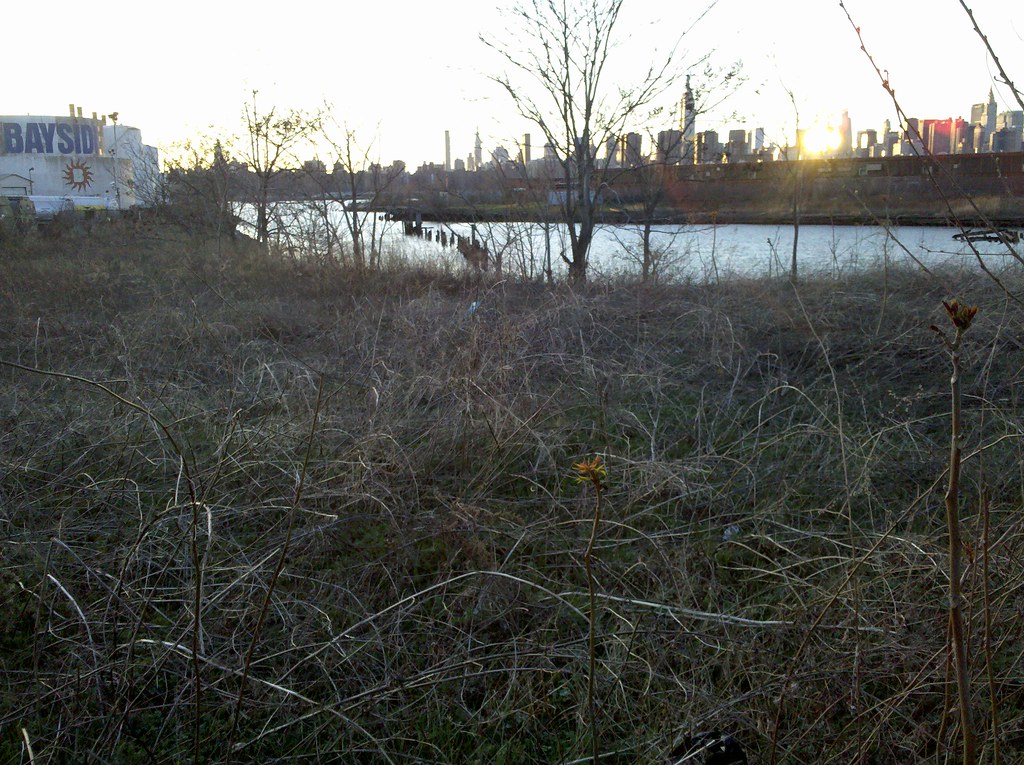 This watery little stub was once the mouth of Bushwick Creek (which has long since been filled in) at its junction with the East River. Continental Iron Works stood over on the north bank, and that's where the USS Monitor was launched on her maiden voyage before heading south to Hampton Roads to face the CSS Virginia in 1862, a battle commemorated by a statue we saw back in McGolrick Park.