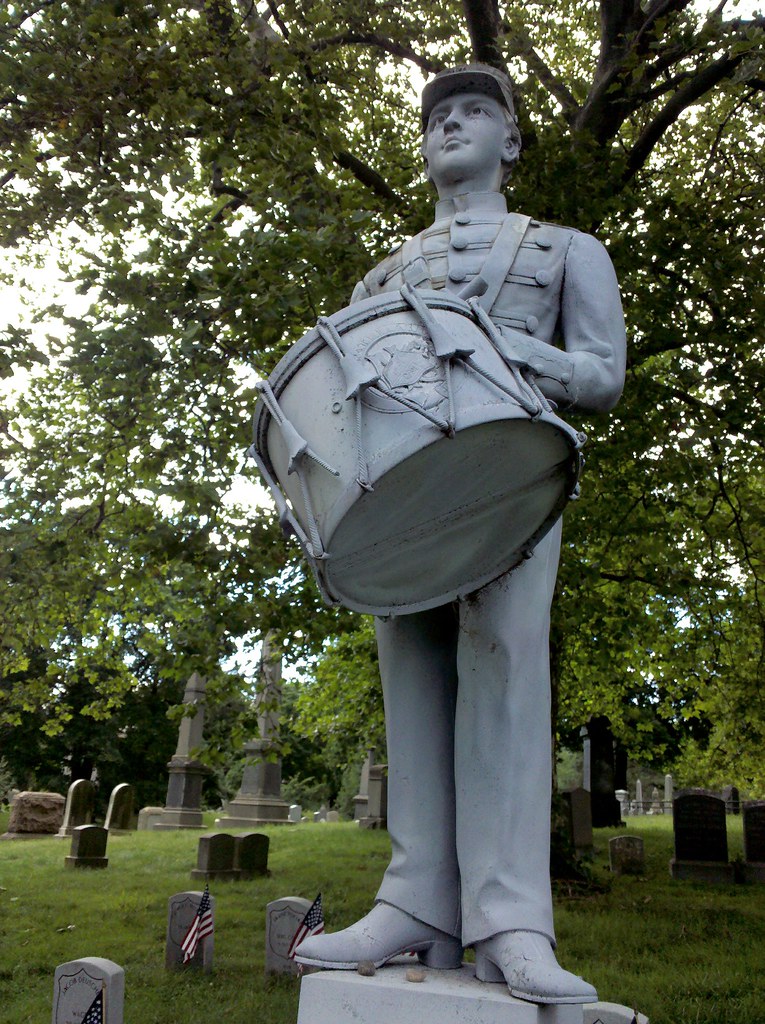 Brooklyn's first Civil War casualty, 12-year-old Clarence MacKenzie was accidentally shot and killed by another member of his regiment during a drill. He was originally buried elsewhere in the cemetery, but was then relocated to the Soldiers’ Lot (visible at back in the previous picture), where his grave was marked with this monument.