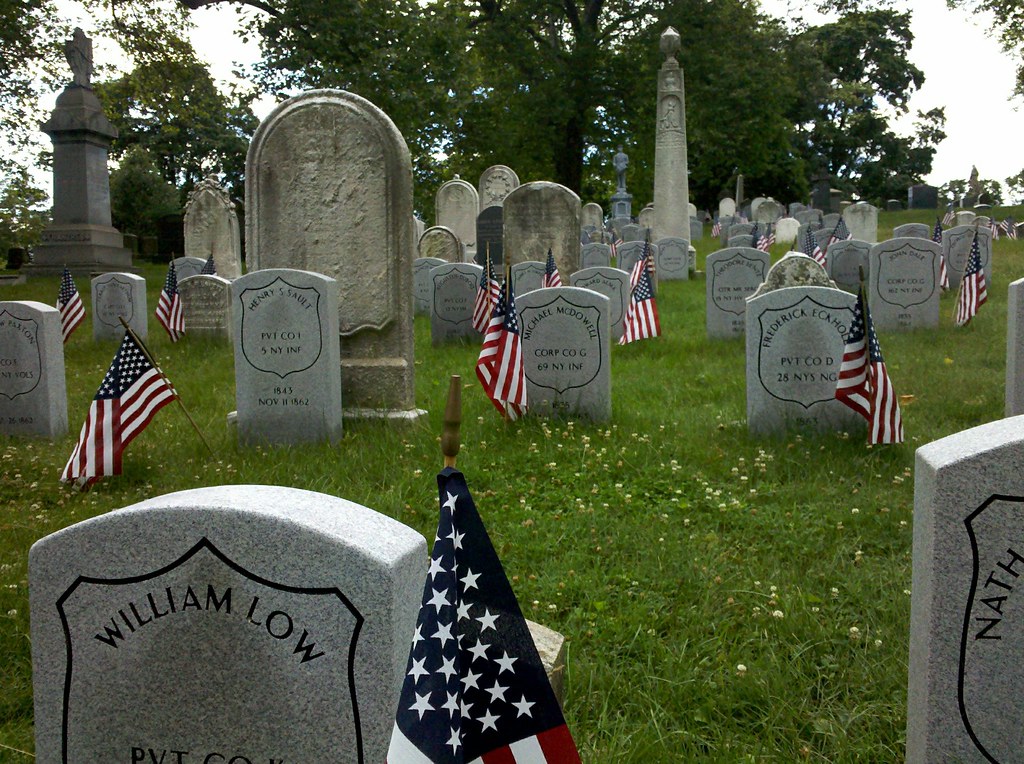 In 1863, this modestly sized section of Green-Wood was donated for soldiers who died in the Civil War. But many others who served are buried throughout the cemetery's 478 acres. Thanks to an extraordinary volunteer effort over the past decade, almost 5,000 Civil War veterans and counting (far more than the few hundred that were expected) have been identified in Green-Wood, including some Confederates, and some 2,000 new markers (like the ones you see here) have been obtained from the Department of Veterans Affairs for those whose gravestones were lost (often vanished into the ground over time) or damaged or perhaps never existed in the first place.