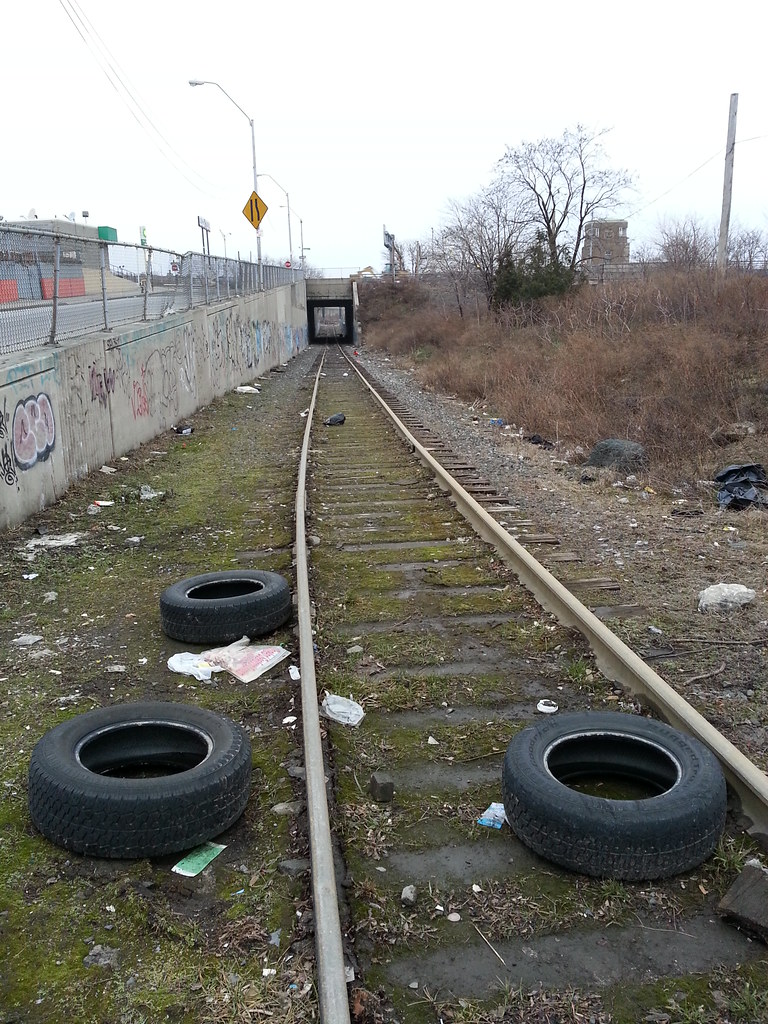 The vast majority — somewhere around 95% — of the freight coming into the Hunts Point food markets arrives by truck. Neighborhood residents have long complained about the onslaught of traffic, noise, and diesel fumes produced by the thousands of trucks that ply the streets of Hunts Point every day. Meanwhile, about two trains per day chug their way down this dinky little track that serves as the markets' only rail connection to the outside world. In a bit of good news for those who'd like to see more train traffic, the produce market recently received a $10 million federal grant to improve its rail facilities, although it's not entirely clear that the produce market is still going to be located in Hunts Point after 2014.