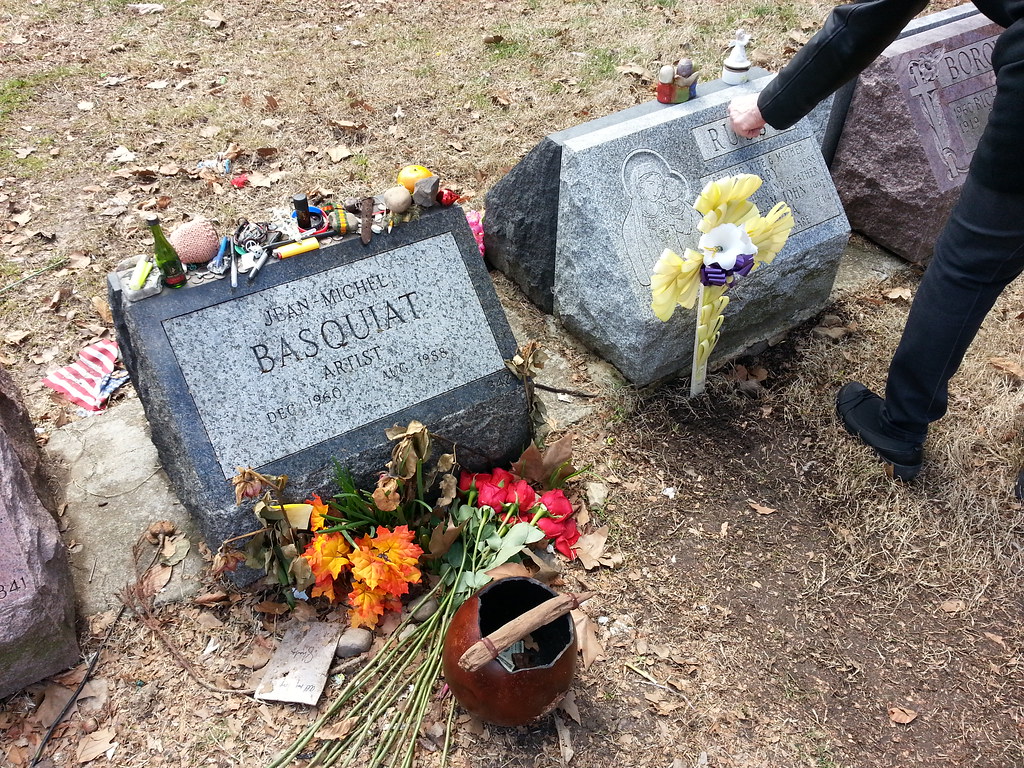 In a city that exalts successful artists in the fashion of rock stars, Jean Michel Basquiat seemed blessed. When he burst onto the art scene in 1981, his paintings of anguished figures were hailed by some critics as works of genius. Admirers besieged him at Manhattan's hottest night clubs. Sales of his art grossed millions of dollars.

Mr. Basquiat was 27 years old when he was found dead in his apartment in the East Village on Aug. 12 from what friends say was an overdose of heroin.

(His next-door neighbor had some family visiting today.)