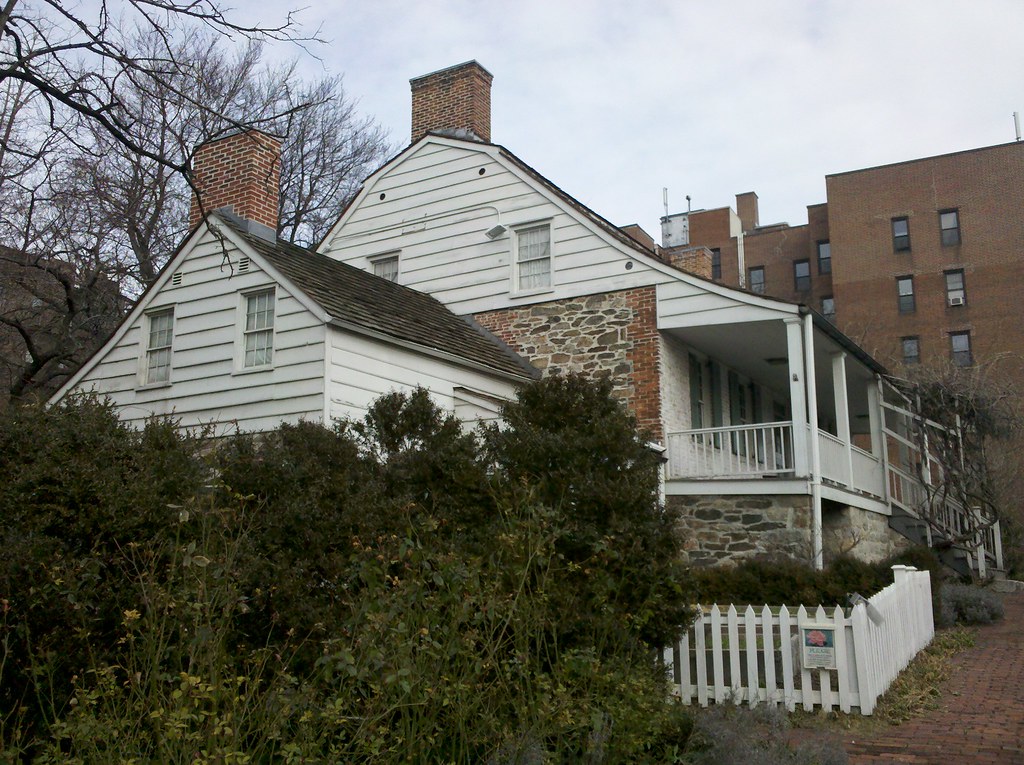 The Dyckman family had acquired around 250 acres of farmland here in northern Manhattan by the time of the Revolutionary War. They fled Manhattan when the British forces captured and occupied it in late 1776, and they didn't return until it was back in American hands after the end of the war in 1783. The British had destroyed their home during the war, so the Dyckmans built this farmhouse to take its place.