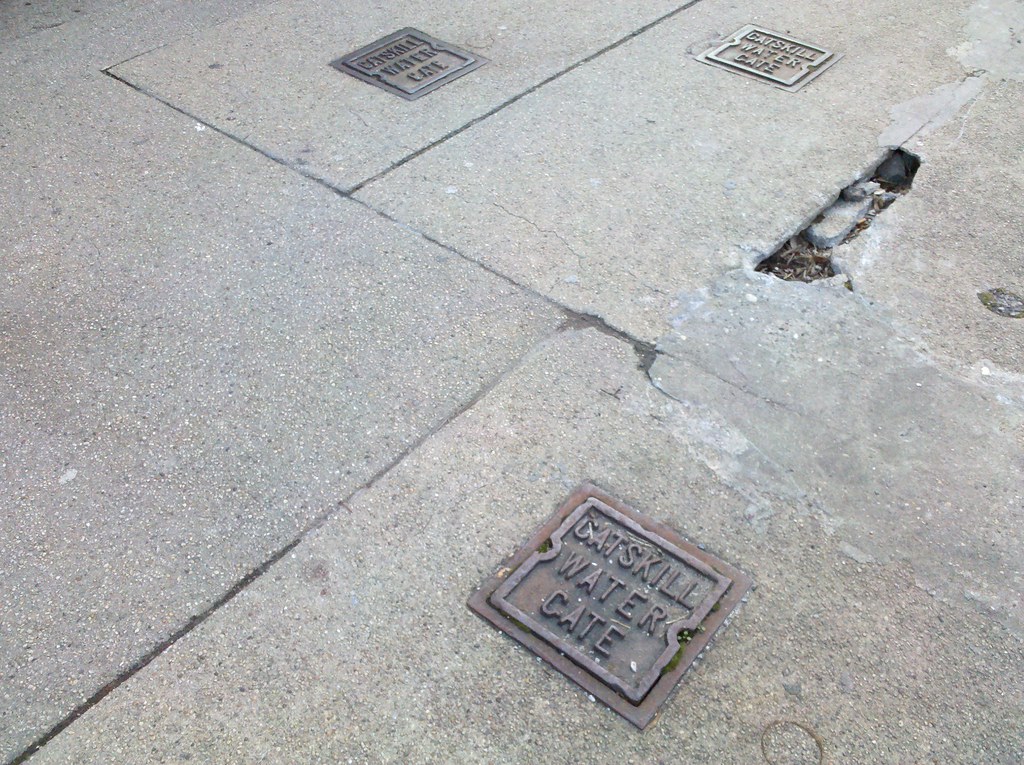 To get a general sense of the geography of NYC's water supply system, check out this map of the watersheds and aqueducts. All of Brooklyn (and more than 90% of the city as a whole) is served by the Delaware and Catskill Aqueducts, which both flow into the Hillview Reservoir in Yonkers. The two tunnel systems that supply water to the city from the Hillview Reservoir (Water Tunnels No. 1 and No. 2) were completed in 1917 and 1936, respectively, and have been in constant use ever since. There is a third tunnel system from the Hillview Reservoir (you guessed it — Water Tunnel No. 3!) currently under construction, hundreds of feet below street level. Work began on this tunnel (the largest public works project in the city's history) in 1970, and, while parts of it are now in service, the entire project won't be finished until 2020 or later. Once the second stage of Tunnel 3 is activated (sometime next year, supposedly), Tunnels 1 and 2 will be able to be closed, drained, inspected, and repaired for the first time since they opened.

There was a major leak detected in one tunnel section of the Delaware Aqueduct in 1991, with up to 36 million gallons of water being lost every day. In 2003, a robotic submarine was sent through the aqueduct to inspect the leak, and repair work by deep-sea divers began in 2008.