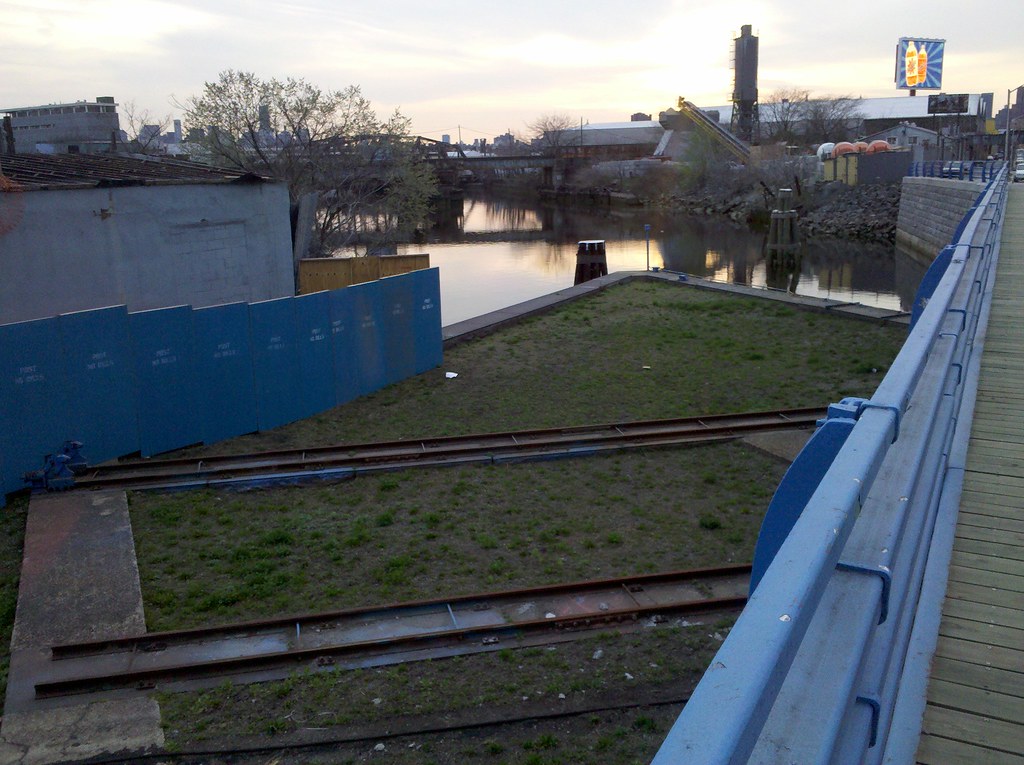 Harnessing the power of the trapezoid, the retractile bridge design has been around for quite a while, although it's considered obsolete these days. (I made a rudimentary sketch to help explain how it works — see below.) In fact, there are only four such spans left in the US, including the Borden Avenue Bridge here (which, as I understand it, hasn't actually been opened since 2005). And, not to brag — or, rather, to very obviously brag, while at the same time realizing no one cares — I've walked all of them!

Oh, and I would be remiss not to point out the gargantuan FreshDirect billboard off in the distance. Let's revisit our first encounter with it — here and here. In this schematic drawing, the movable portion of the bridge slides along the rails to make way for the passing boat. You can clearly see the rails and the movable bridge section in these aerial photos of the Borden Avenue Bridge.