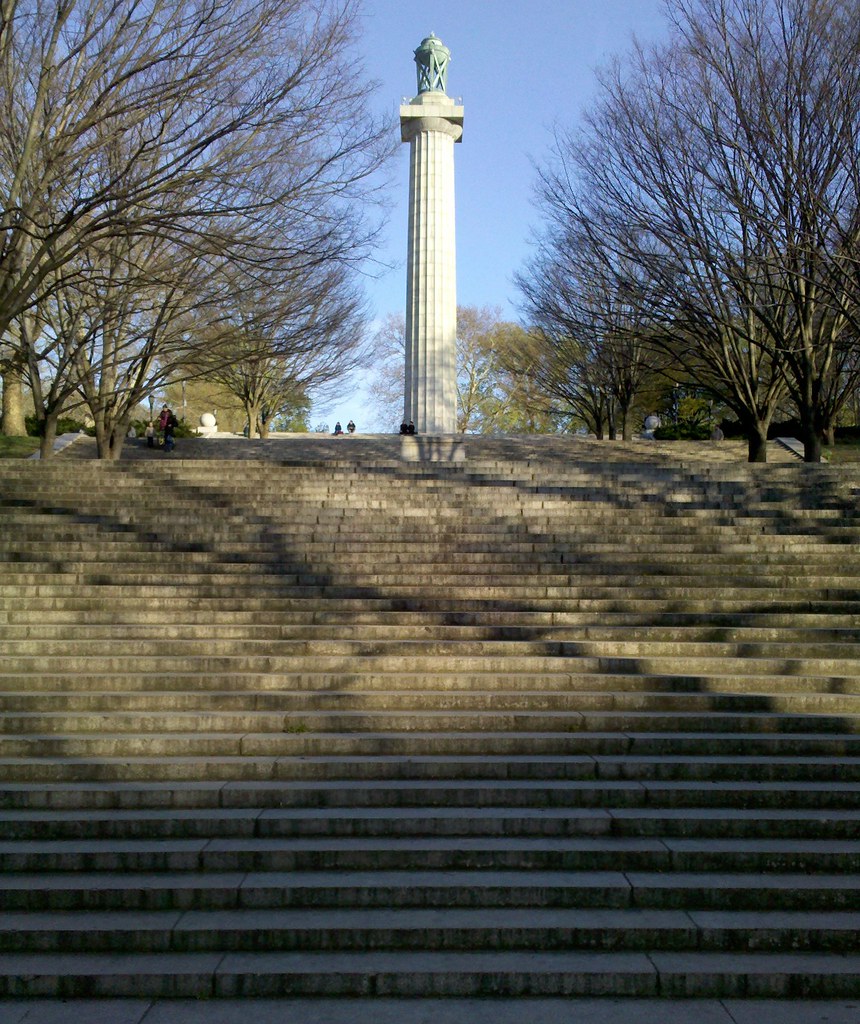 This 149-foot-tall column and its surroundings in Fort Greene Park commemorate the 11,500 American prisoners of war who died of disease and starvation aboard British prison ships moored in the East River during the Revolutionary War, some of whose remains are interred in a crypt beneath the monument. Believe it or not, the number of deaths on those ships exceeds the total number of Americans killed in battle during the entirety of the war (disease took the lives of far more troops than combat did in those days).