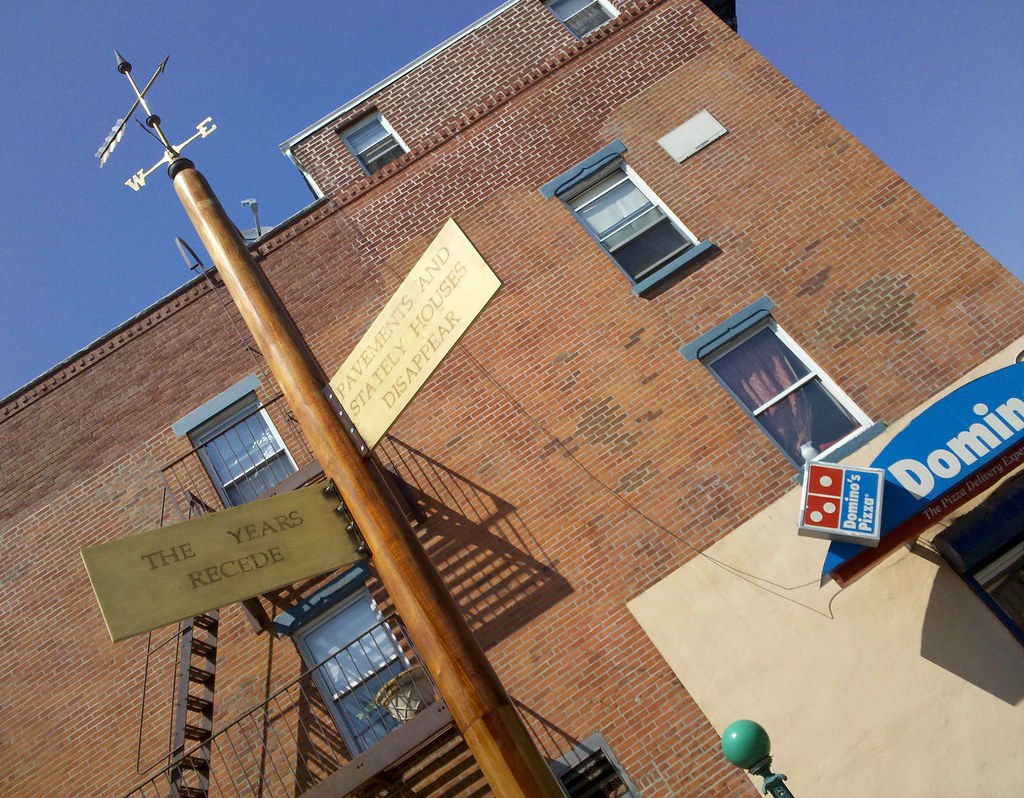 This mahogany pole, adorned with text from Walt Whitman's The Centenarian's Story, is one of a series of installations marking sites from the Battle of Brooklyn (a.k.a. Battle of Long Island), which was the first, and largest, major battle of the Revolutionary War, and could have been the last if the Americans had not managed a massive escape by boat across the East River to Manhattan.

From the vantage point of Cobble Hill Fort, which once stood near this spot, General George Washington monitored the action that day, and watched the sacrifices made by the gravely outnumbered Maryland 400 (remember them?), whose desperate, last-ditch counterattack provided cover for other soldiers to escape across Gowanus Creek, and bought time for the rest of the Americans to evacuate to Manhattan.